An increase in performance is paired with minor visual upgrades.

BMW likes to offer high-performance versions of many of its models; however, not every car in the lineup gets the coveted M badge. Missing from the M lineup is an X7 M crossover, though the X7 M50i is no slouch. Those wanting more can turn to aftermarket tuner Dahler, which has taken the X7 and added a host of performance and visual upgrades to create a truly sinister SUV. 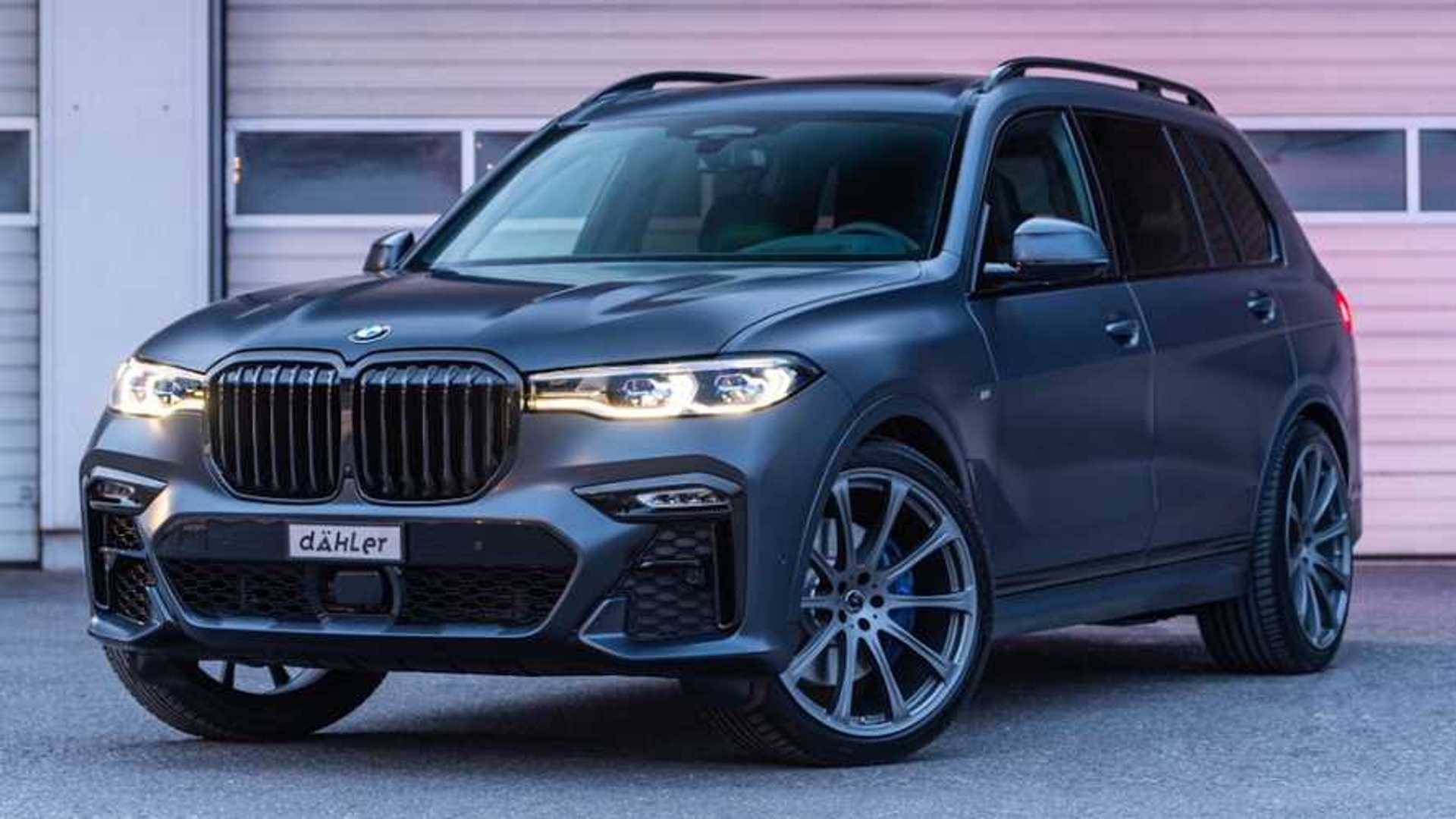 The upgraded performance comes with upgraded looks, too. Dahler added black chrome trim bits on the exterior, though the lowered air suspension and unique 11-by-23-inch forged wheels certainly add to the SUV’s presence, as does the matte gray finish. The upgraded stainless-steel four-pipe exhaust system, which matches the dark wheels in color, features a bi-flap control to modulate the sound. Buttons on the steering wheel control the trick exhaust function.

Dahler didn’t provide any details about how the upgraded X7 performs compared to the regular model, though it should certainly outdo the standard X7 M50i. The company also kept the interior modifications to a minimum, though customers can upgrade the speedometer to read 205 miles per hour (330 kilometers per hour). Dahler is keeping production limited to just 500 units of the X7 Dark Shadow Edition, and it’s one of the few ways to get an M-like X7 that BMW won’t build.