Tesla unveiled its long-awaited refresh of its Model S sedan in its annual financial presentation for 2020 today. The car sports a new front fascia, but its biggest changes are on the inside, where a yoke-style steering wheel and a landscape-oriented Model-3-style touchscreen are the model’s most radical changes.

The new Model S steering wheel looks a lot like the one unveiled for the new Tesla Roadster, only with a few more buttons that make the Model S’s version slightly more functional—but only slightly. It feels cool to sit behind a steering wheel that looks like it’s out of an airplane, but members of The Drive’s staff who have driven replicas of K.I.T.T. from the eighties show Knight Rider say that actually using a yoke-style wheel in a car is supremely irritating. 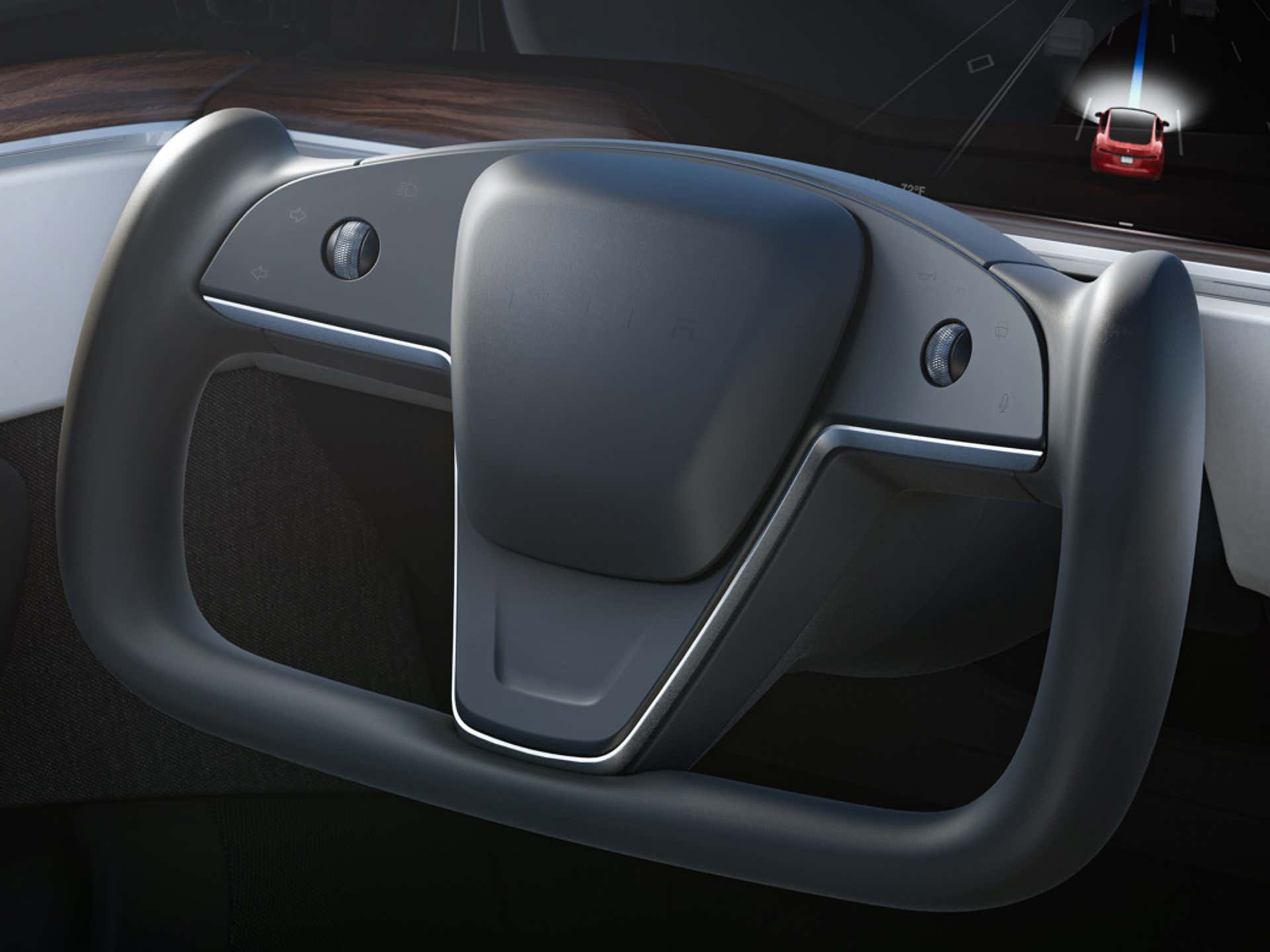 Yokes work in an airplane because you don’t have to rotate them as much. Unless there’s an extremely short steering rack in the new Model S—which is doubtful in a production road car—popping this car into tight turns, parking spots or other situations where you’ll need to go full-lock will more frustrating than it would be with a traditional round wheel. The reason? There’s no good place to grab on the top of the yoke.

Tesla also ditched the stalks on the Model S’s steering column, moving key functions for the lights and blinkers onto the wheel itself. Something that is conspicuously missing from what we can see in photos is the windshield wiper symbol. Here’s hoping Tesla made they’ve made the wiper settings easier to control than they were on the Model 3 given that a German Model 3 owner had his driver’s license suspended last year for running off the road while adjusting his wipers. While the Model S refresh replaces the tall screen with a Model-3-like landscape screen, the interior didn’t go full Model 3. There’s still a smaller screen in the traditional gauge pod spot front of the driver for the car’s most vital info.

According to the freshly updated Model S order page, the new center touchscreen features a 2200×1300 resolution and left-right tilt. A third display in the rear that’s built into the back of the car’s center console includes controls and entertainment options for the car’s rear passengers.

Both central screens are ready for gaming with up to 10 teraflops of processing power, compatibility with wireless gaming controllers and access to the Tesla Arcade. The Model S also packs a 22-speaker, 960-watt sound system as well as active noise canceling for when you need to use the car’s microphones for calls or voice controls.

The simplified Model S interior no longer features visible vents for climate control, and all of the airflow and temperature controls have been moved onto the touchscreens.

Another cool feature on the Model S is its standard full glass roof which opens up the interior to the outside world. Tesla says the roof will block infrared and UV light to reduce heat and glare during the hottest part of the day. It’s not as extreme as the Model X’s dramatic curve-up glass windshield, either, as you still have a beam across the front of the driver’s head with sun visors and the other usual equipment. 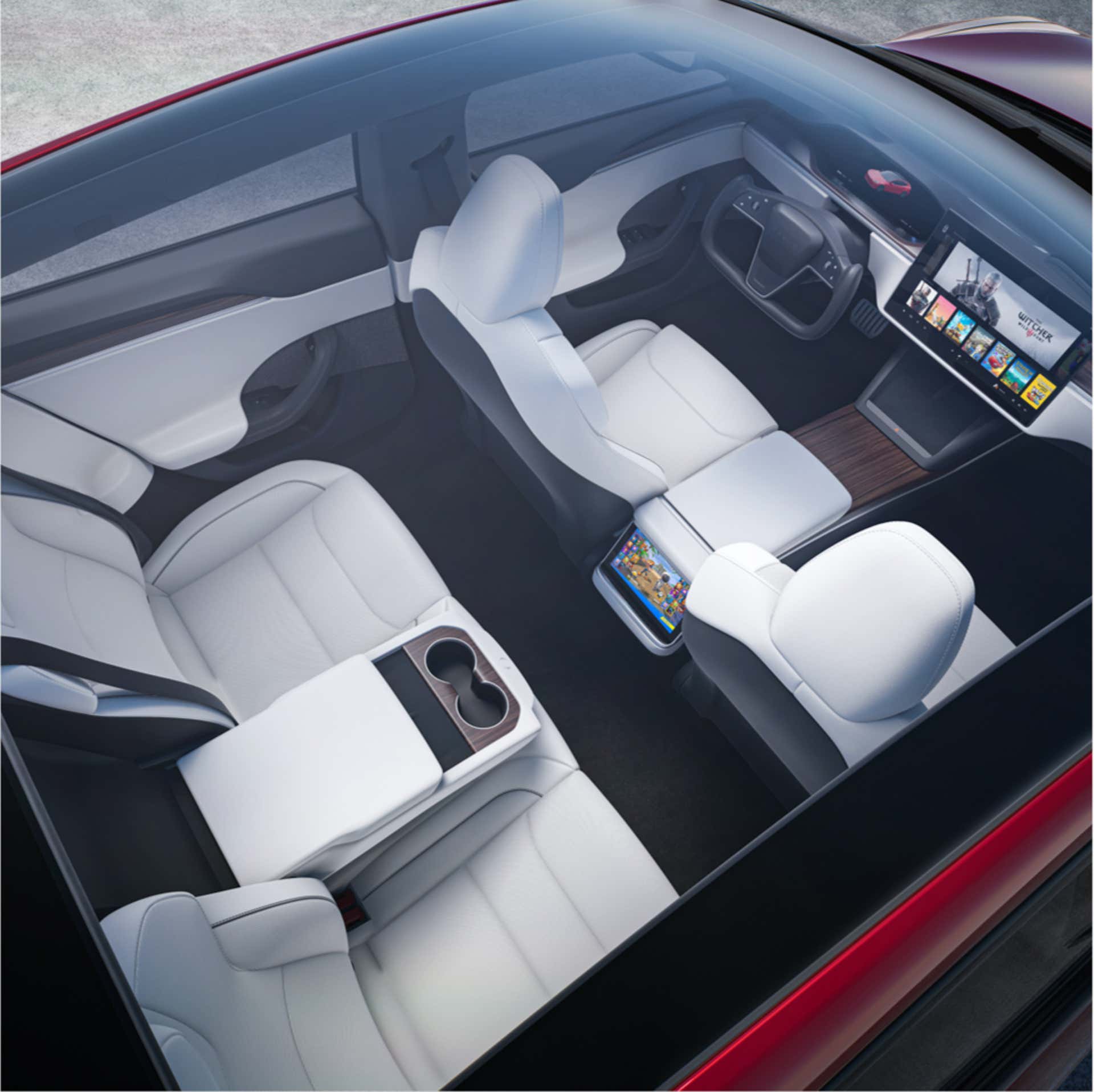 The Model X is getting a refresh as well, although Tesla CEO Elon Musk did not give a timeline as to when those refreshed versions will make it into customers’ hands on today’s earnings call. According to The Verge, the refreshed Model X is getting a similar drivetrain and interior update as the Model S with the same landscape touchscreen in the front, rear center console touchscreen and yes, that cursed yoke-style wheel.

Meanwhile, those of you waiting for the Cybertruck will have to wait a bit longer, as Musk said that Cybertruck production will now start in 2022.

In today’s call, Musk confirmed that the refreshed Model S sedans are already in production and deliveries are expected to begin in February. This February release date includes the more powerful tri-motor Model S Plaid models that are capable of going from 0-60 in less than 2 seconds and a 200-mph top speed. The Model S Plaid+ adds more range to that mind-blowing 0-60 time, bumping the Plaid’s 390-mile range up to a whopping 520 miles. Unless a new entrant into the range wars appears, the Model S Plaid will have the longest range out of any electric vehicle upon its release.

Per The Verge, Tesla claims that the powertrain updates and the addition of a new heat pump that was originally developed or the Model Y enable the new Model S Plaid and Model S Plaid+ to do five times as many quarter-mile runs of the Model Ses that preceded them. 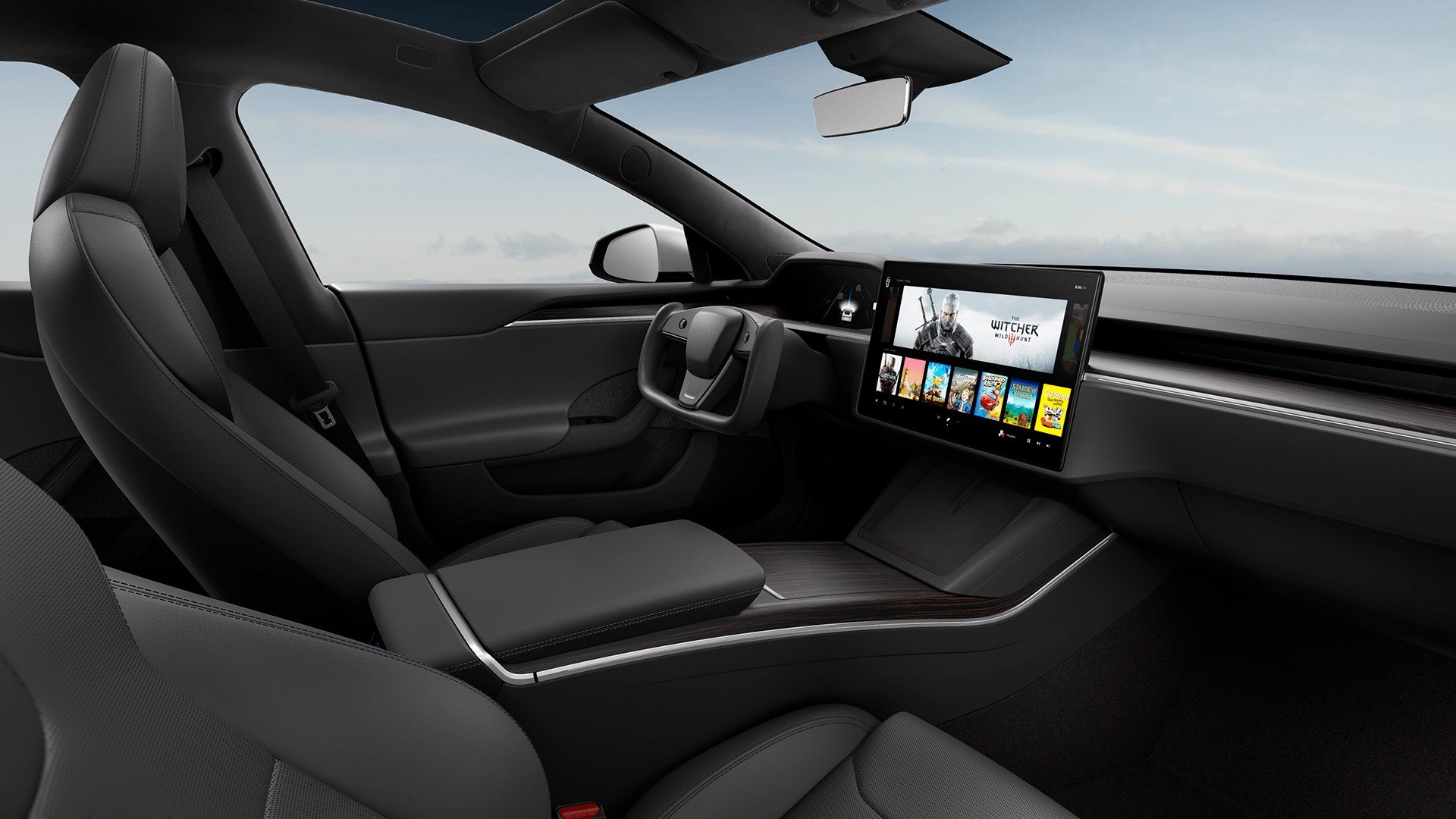 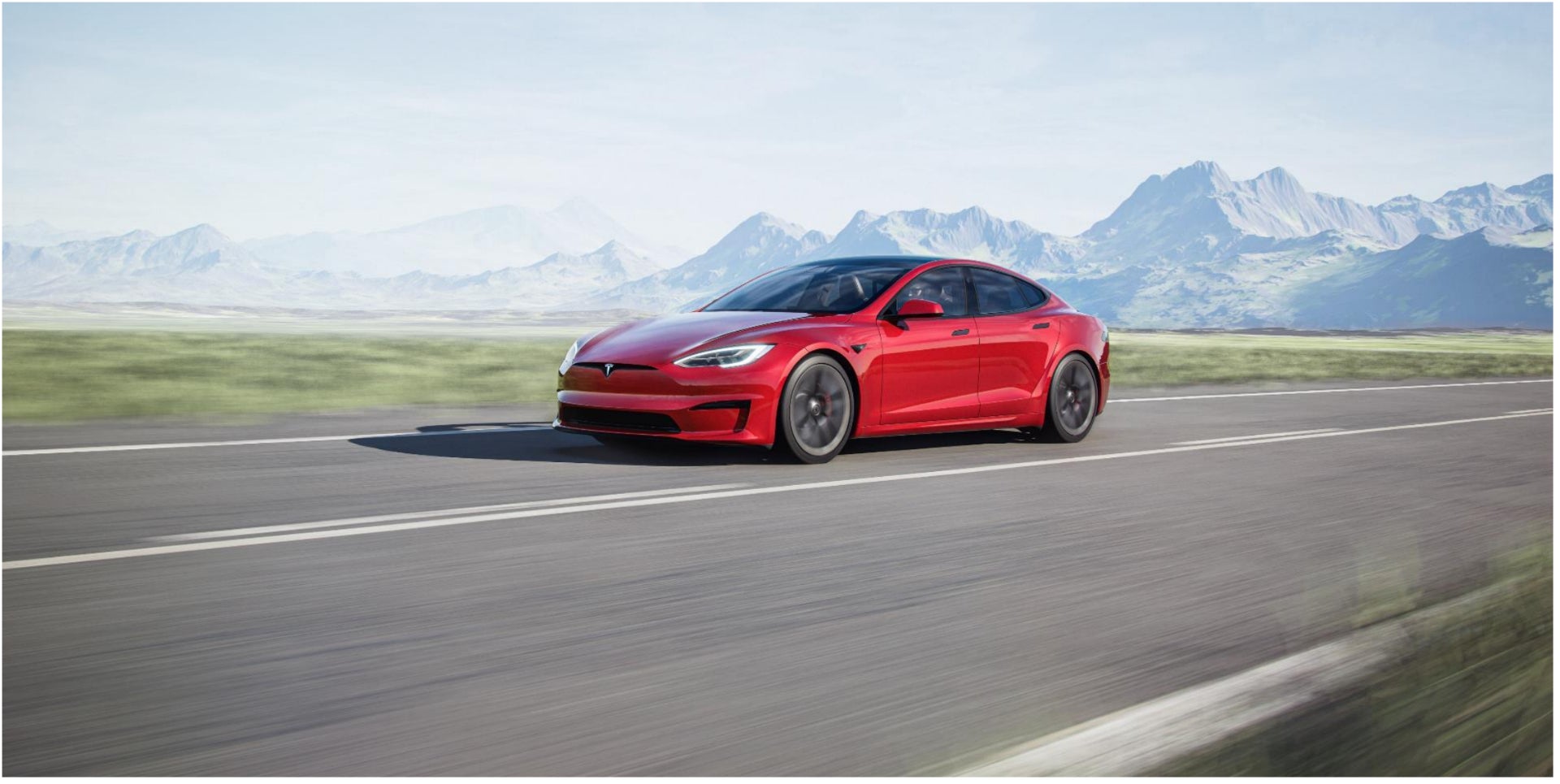 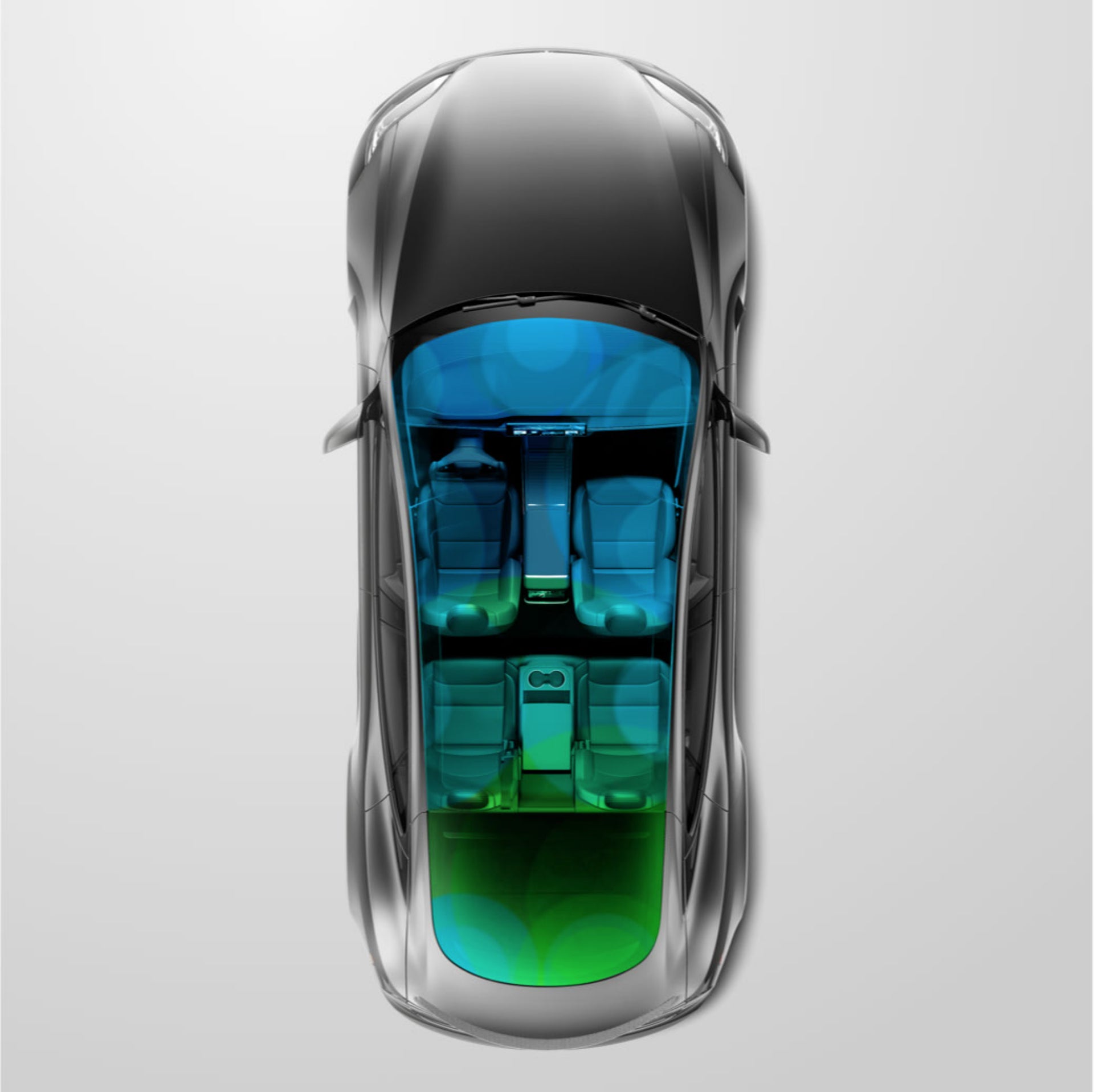 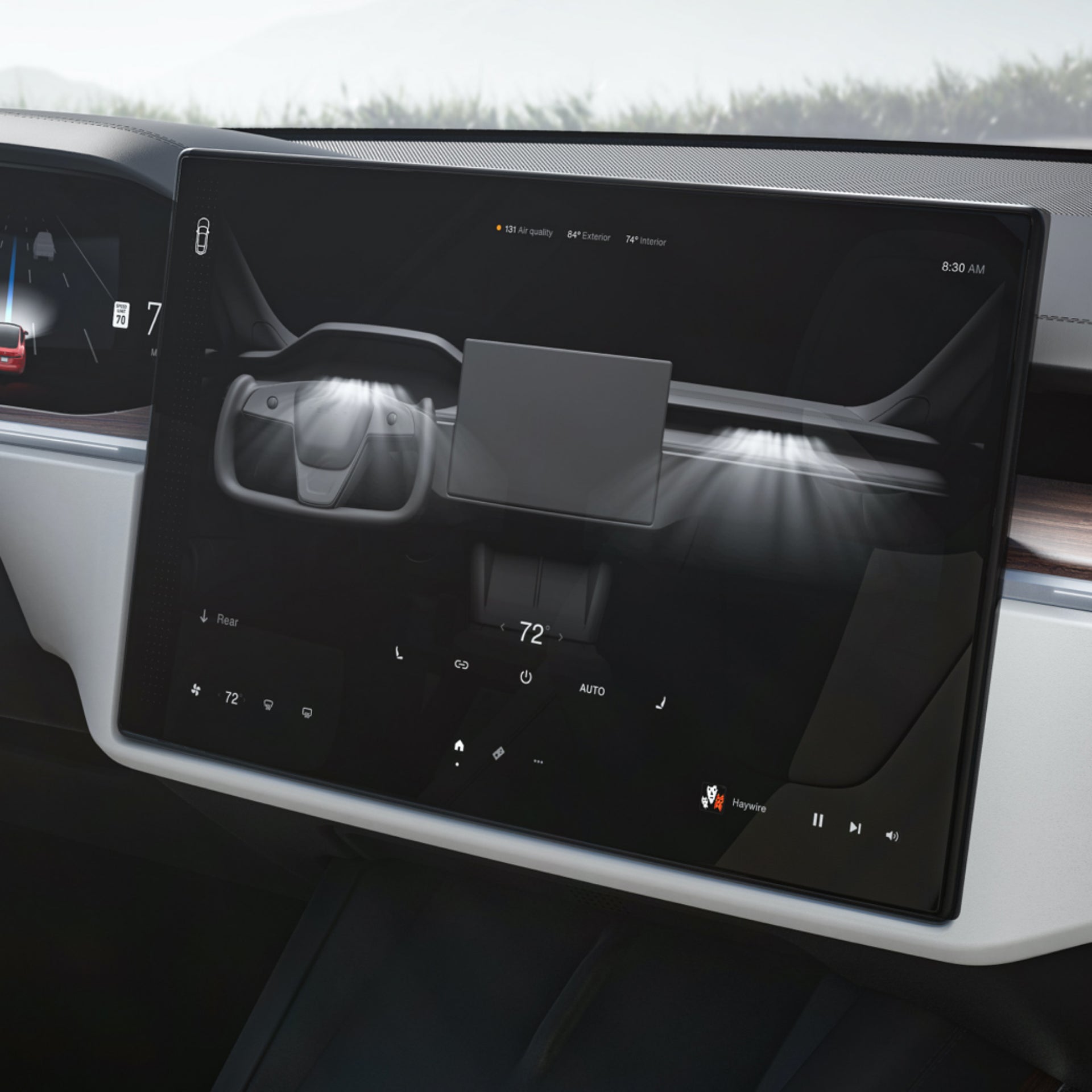 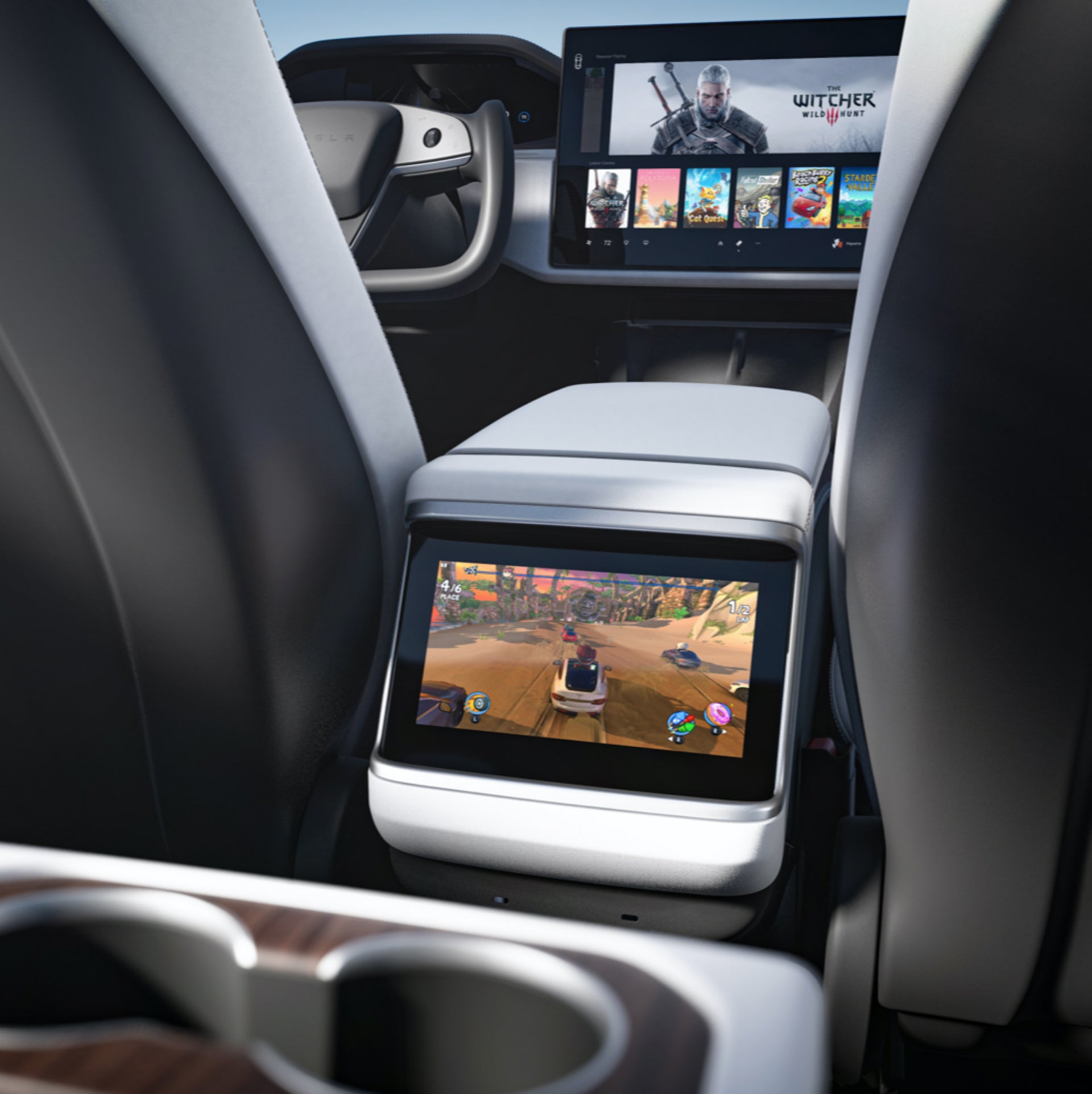 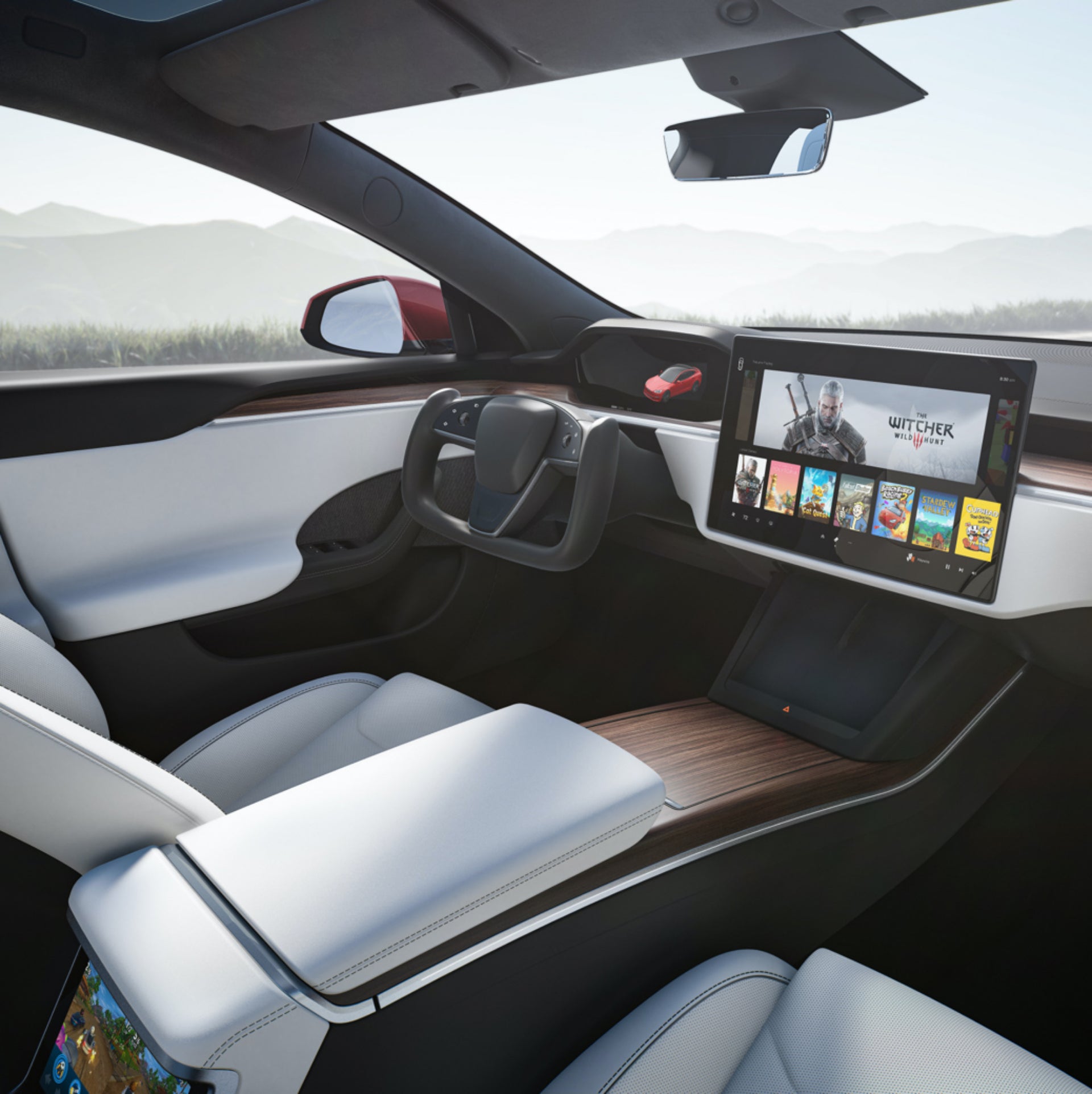 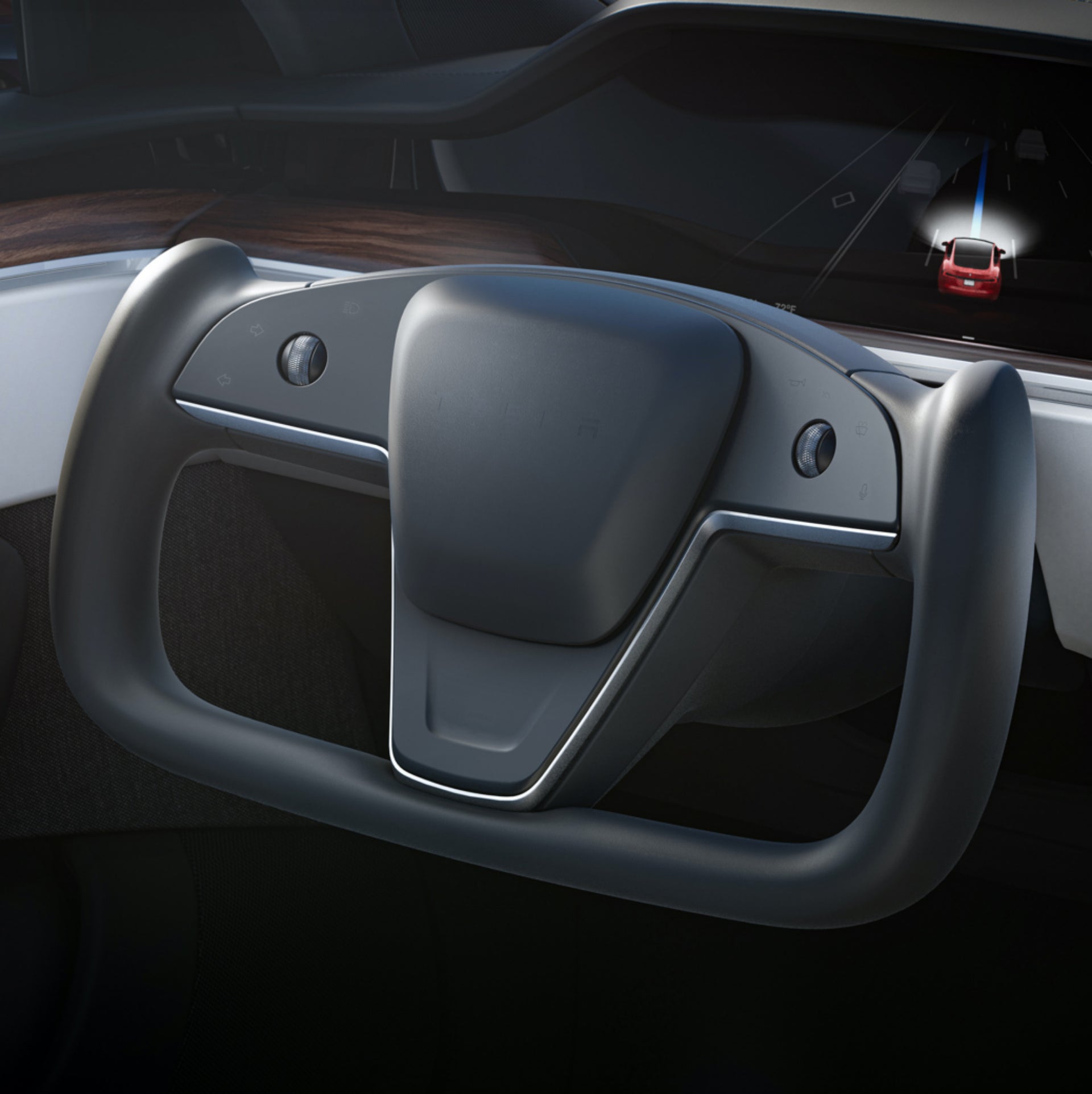 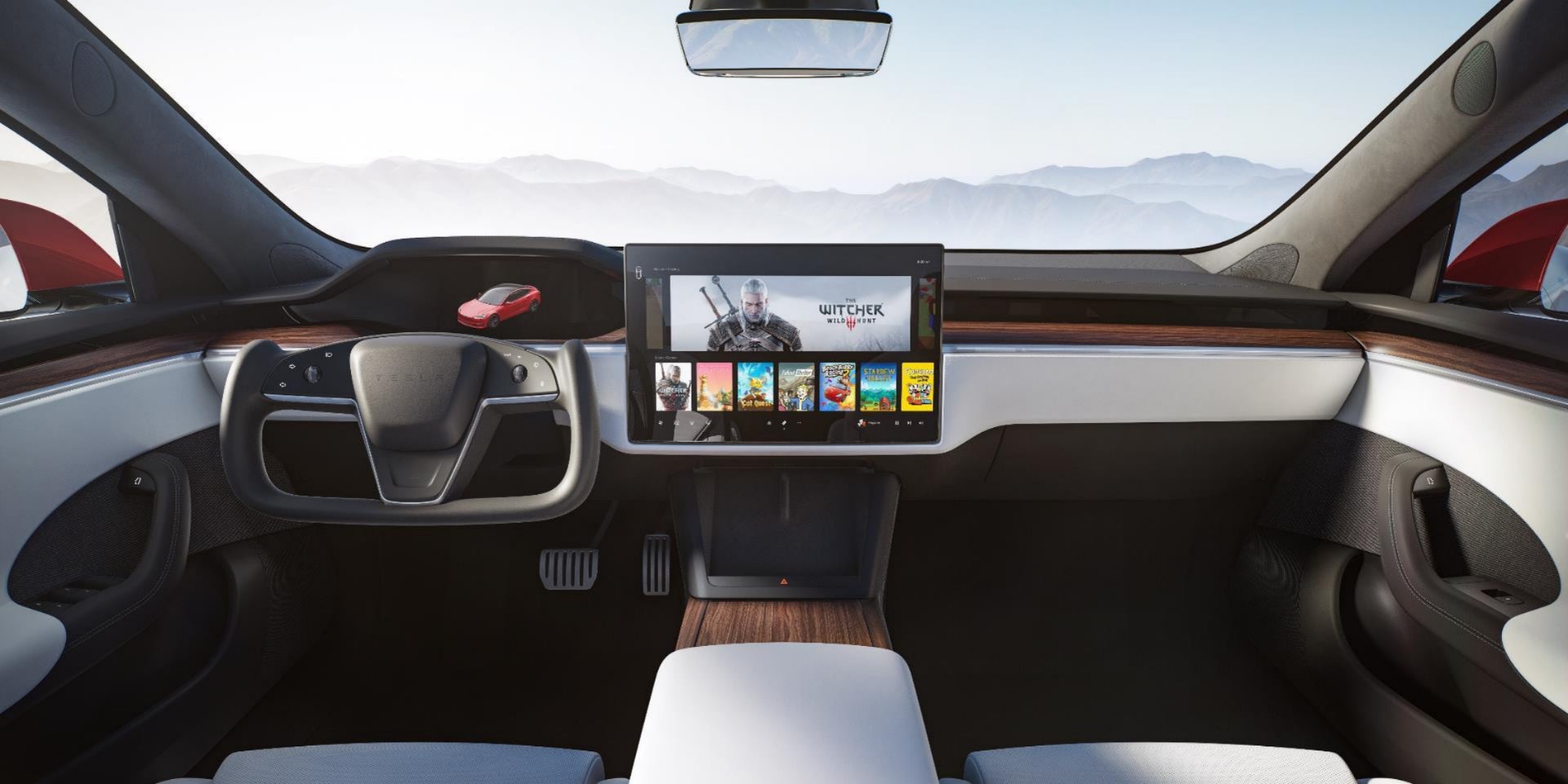