General Motors’ EV1 was a beloved and groundbreaking electric car in its heyday—that is, until GM recalled and destroyed most of the EV1s that it leased to customers in 2003. No more than 20 of the cars survived (albeit usually in a non-working state) to be donated to educational institutions and a few EV1s were secretly hidden away from GM’s reach by fans, but the rest are now gone. Yet all of these cars still had to be serviced, which meant that GM dealerships actually got spare parts for the cars. Now one of the most important spares—the very heart of what makes the EV1 go—is up for sale on eBay right now.

Seller cl8onb knows how unlikely it is to see EV1 anything go up for sale, hence his listing’s title of “GM EV1 electric car motor/transaxle. YES, REALLY, it survived.” General Motors combined the EV1’s electric motor and transaxle into a single unit, which made these units relatively simple to drop into a car where the engine sits over the drive wheels. Fun fact: GM themselves even adapted an EV1 drivetrain to power a Chevrolet S-10 pickup in 1997. The EV1’s drivetrain really was a lil’ modular wonder. 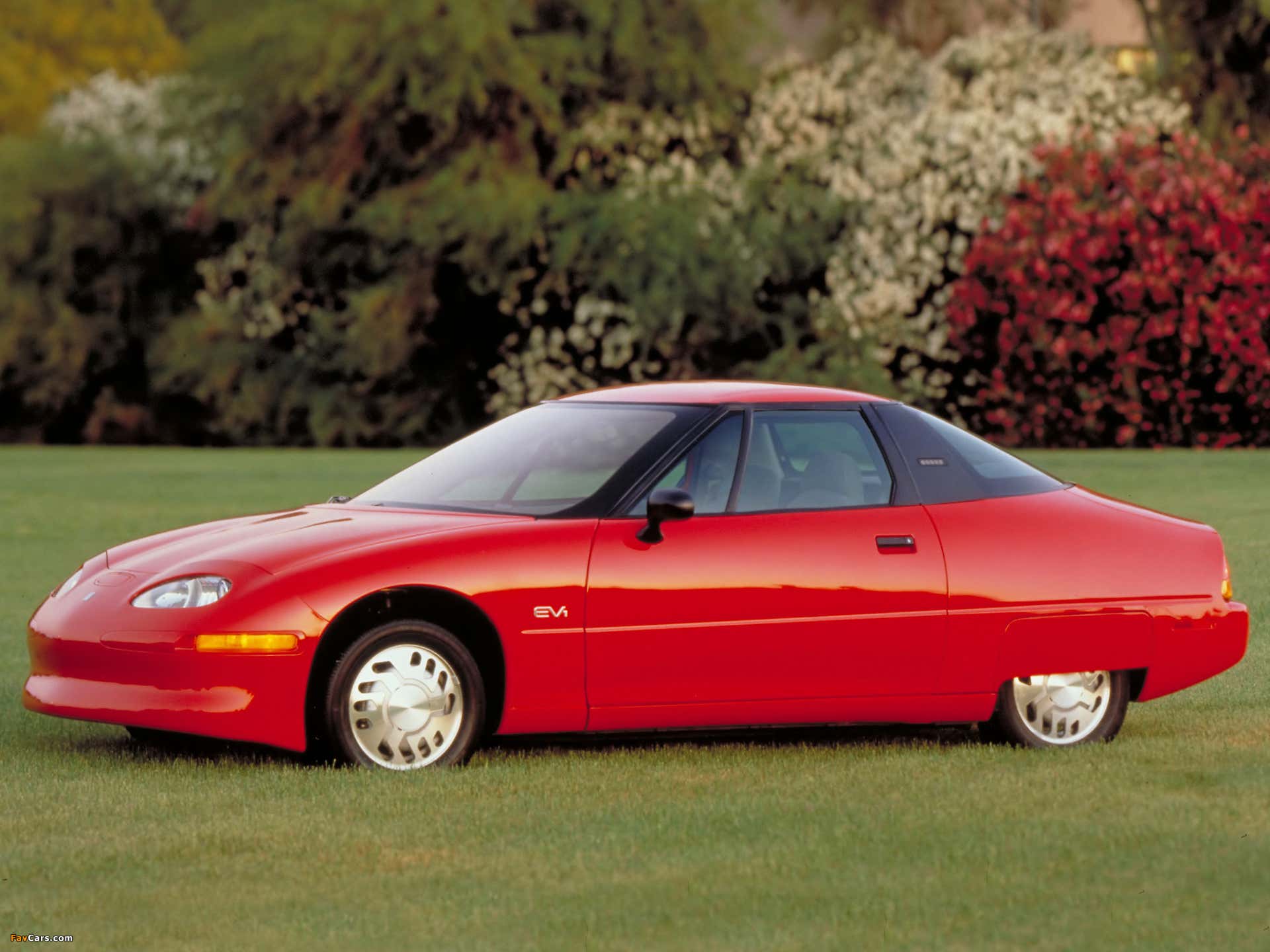 That’s why cl8onb acquired this EV1 unit. cl8onb’s mother had a 1984 Volkswagen Rabbit that she bought new, which was passed down to him when she was no longer able to drive. The car was in great condition except the diesel engine was done-for, so cl8onb looked into an electric drivetrain swap.

Even though most of the EV1 cars were destroyed, parts for them were still available if you knew where to ask. cl8onb’s motor-transaxle unit came from an electric vehicle enthusiast group in Washington state, who—as far as he could tell—got it from a GM dealership’s parts department. After all, the EV1 was GM’s first mass-produced EV, and as such, service departments needed to have spare parts to repair them just like any other car GM sells. 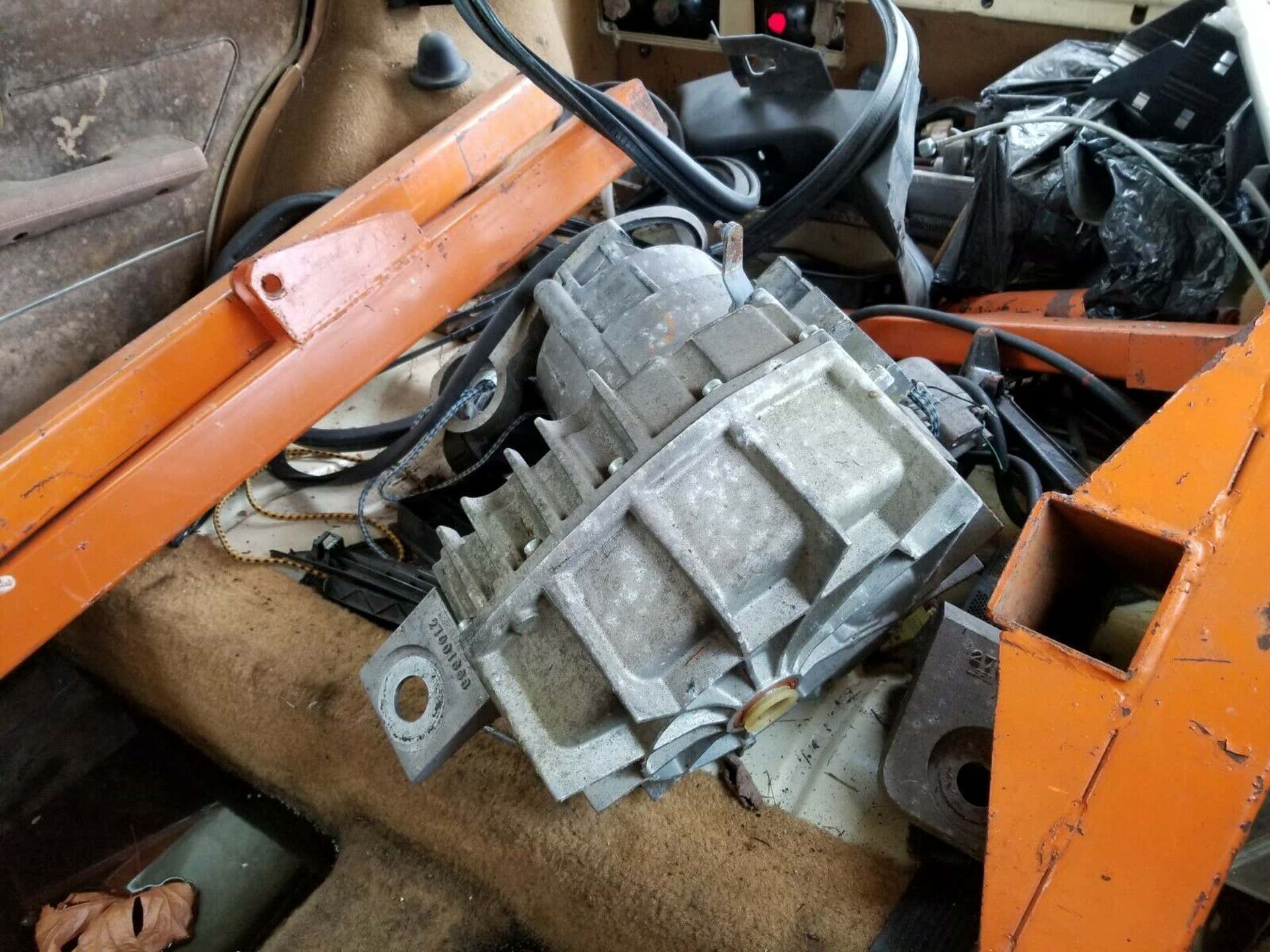 The EV1 unit for sale.

The Washington DIY EV group had this motor-transaxle unit as well as two others that were already installed in cars, so after spending the day with them, cl8onb returned home with the unit.

Much like the rest of the EV1, the motor-transaxle combo-unit is pretty clever. There’s a control for moving the car into reverse, and it has a built-in differential that hooks up to Saturn driveshafts. These three-phase AC motors were capable of pumping out 132 horsepower and 110 pound-feet of sweet, instant electric torque when new, which went through a single-speed transmission and differential that were integrated into the same drive unit. 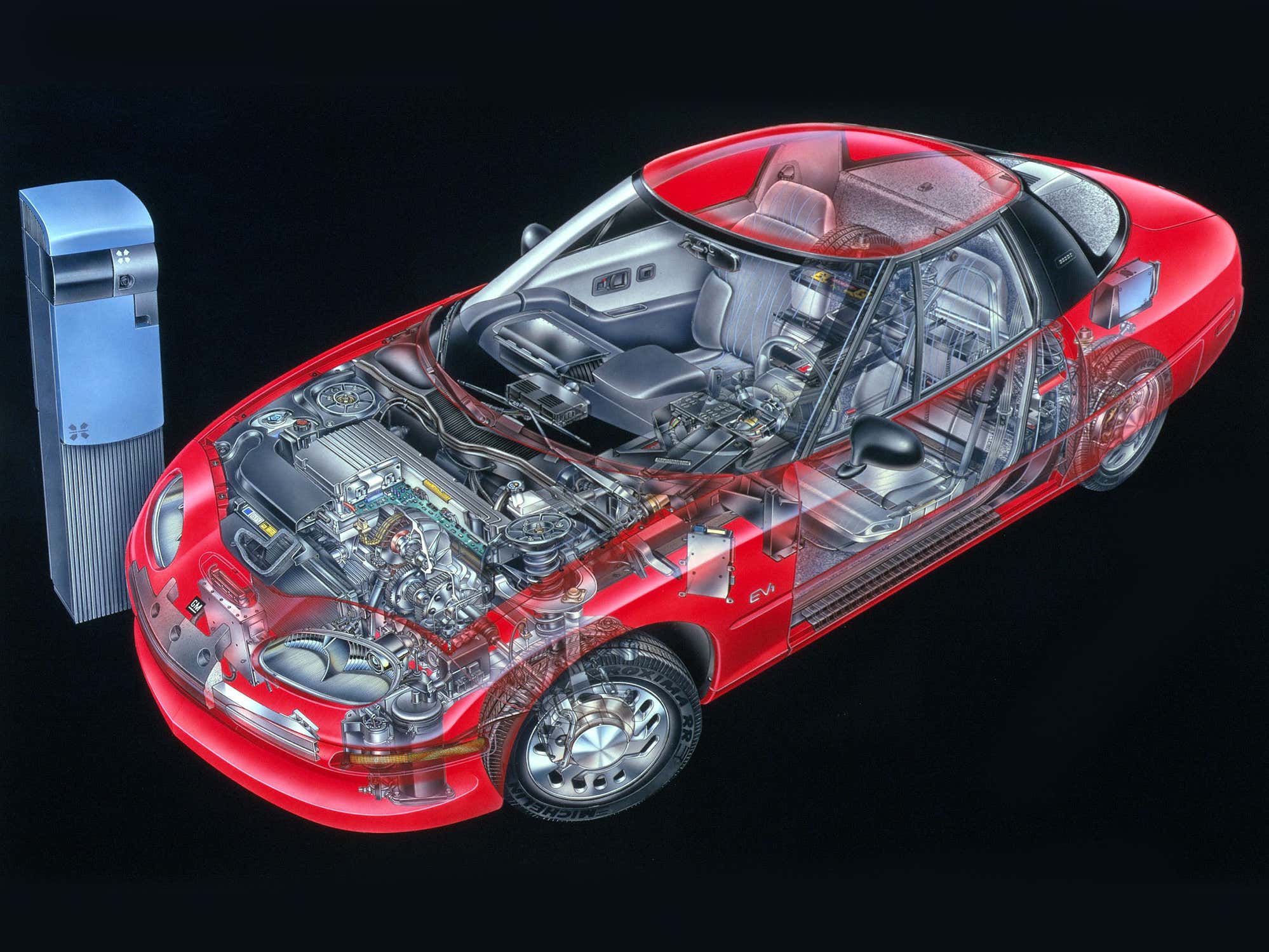 How the front-wheel-drive EV1 looked under the skin.

Sadly, the Rabbit swap never panned out, and as such, cl8onb is willing to part with the car and its engine hoist if you want them as well. The EV1 motor-transaxle combo is located in British Columbia, where it’s currently listed with a buy-it-now price of $3,900 CAD ($3,064 U.S. at the time of this writing).

Sure, there are faster, more advanced motors out there now, but it’s not everyday that you find an essential drivetrain part from a car that has mostly ceased to exist. The EV1 was the car that kicked off the modern era of EVs, after all, and GM’s recall-and-crush scheme really felt like Streisand effect at work, except with electric cars. The more GM wanted to move on from the EV1, the more outraged others became that folks weren’t allowed to keep their neat little EVs even if they didn’t lease one themselves. Tesla co-founder Elon Musk even once claimed that Tesla was started in response to GM’s mass destruction of EV1s. 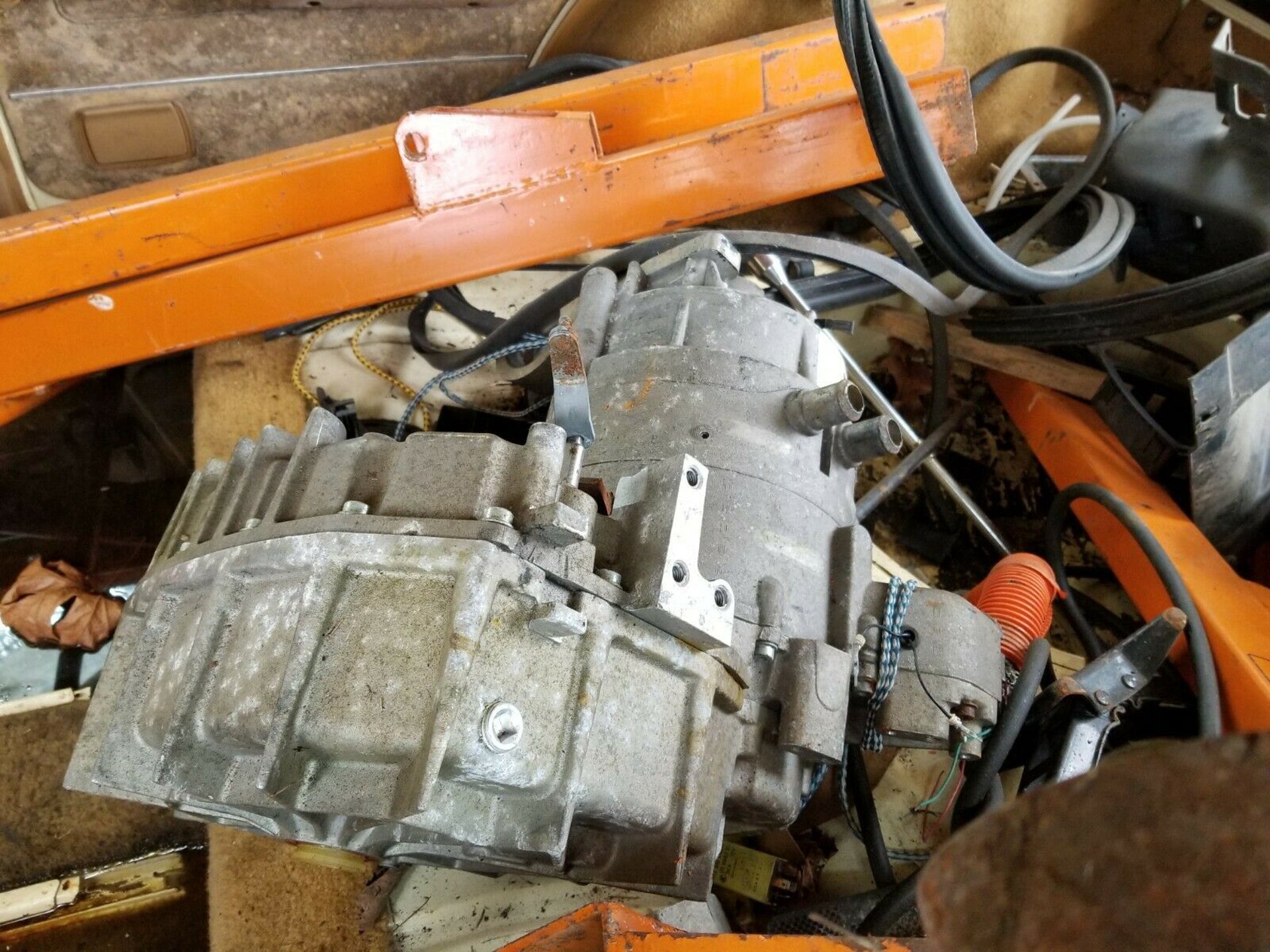 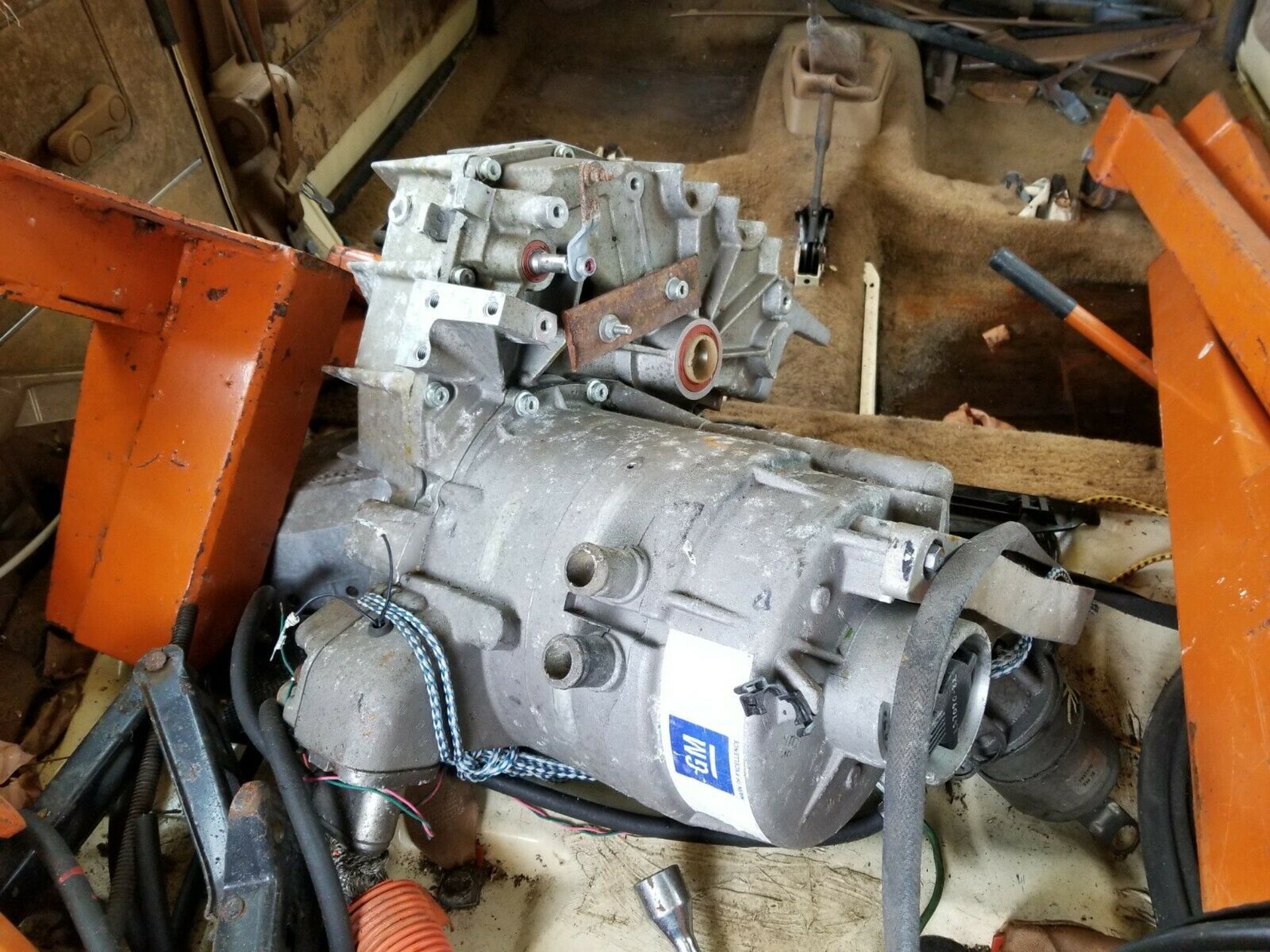 So, consider this listing your shot at owning a true piece of history. I’d love to see it make its way into the seller’s Rabbit if you’ve got the time to finish his project, though. Consider putting this motor-transaxle unit back on the road revenge for all the EV1s that aren’t still driving today.

You can check out the full eBay listing here.