Mick Schumacher and Callum Ilott may be F1 material but Laurent Mekies says whether they are F1 material for Ferrari will depend on how they develop.

Fighting for this year’s Formula 2 title, both Schumacher and Ilott are rumoured to be stepping up into Formula 1 next season.

While Schumacher is expected to join Kimi Raikkonen and Alfa Romeo, Ilott is thought to be heading to Haas.

Neither promotion, though, has been confirmed.

However, Ferrari’s sporting director Mekies believes both Formula 2 drivers have what it takes to enter Formula 1.

“The answer is very simple,” he told the F1 Nation podcast. “When someone is fast, it is very easy.”

As for whether he thinks they are fast enough, he replied: “Yes! We think they are F1 material. That is why they are winning.

“Now are they F1 material to Ferrari one day? It is very much depended on how much they develop, in the same way we have seen they developed from the road talent.

“We have seen 1,2,3,10 steps that brought them to their ground level. We are equally conscious that they need 10 other of these steps to get to that level but that is exactly what our job is, to support them and to give them a chance to express themselves to develop.

“You know a guy like Charles is now steadier in F1 and he still makes steps and that is what makes these guys special. Besides their talent, they will absord, learn and develop because they have the capability and because they are in the right environment.

“Are they [FDA drivers] on that path? Currently yes. Will they be able to develop to that extend? That is what the future will tell!” 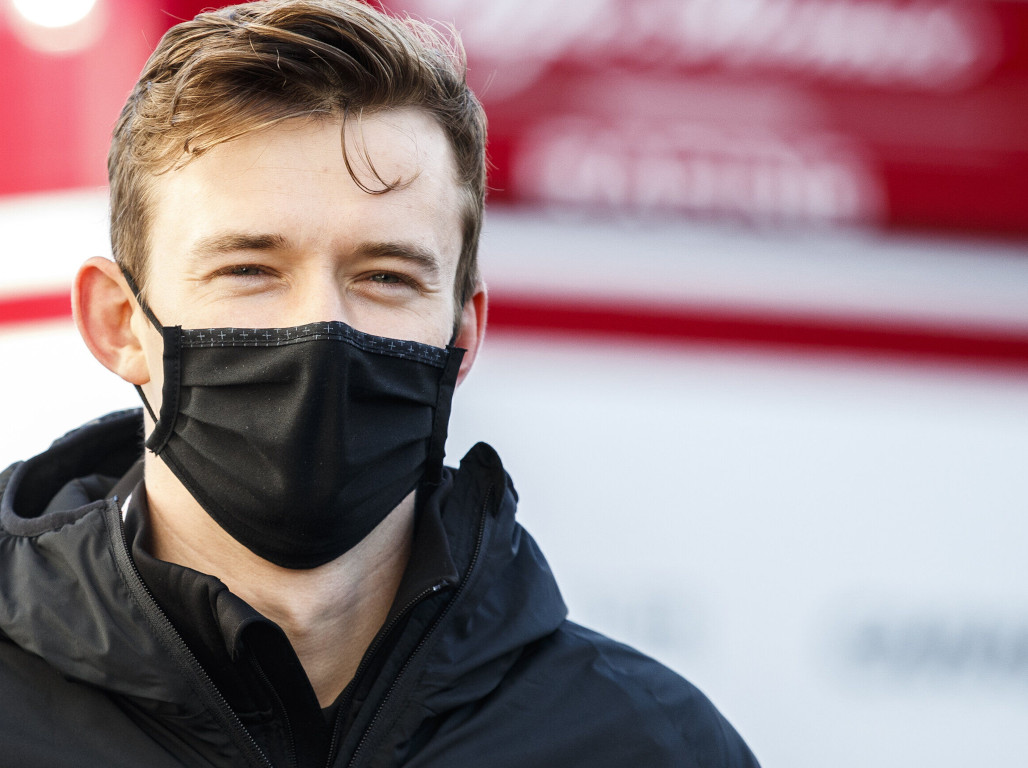 The duo were scheduled to make their Formula 1 bows at the Eifel Grand Prix, putting in the laps in FP1 at the Nurburgring.

Mother Nature put an end to that with not a single ran on the Friday due to adverse weather conditions.

Mekies is hoping to get the duo into a practice session before the end of this F1 season.

“Missing the FP1 at the Nürburgring, doesn’t change anything in their development,” he said.

“They are many other steps they will need to make. The are conscious of it. We are building for them a sort of mini road to F1 program. It is only a small delay.”

But it is likely to be a delay that continues until Abu Dhabi.

“If you look at the calendar, there is no chance before Abu Dhabi,” he continued.

“I don’t think [Portimao is an option]. In fairness, it’s a new track, nobody went there, and you would not want to lose your FP1.

“We will try to be fair and reasonable with our partners and I don’t think it will be to run them on a completely new track where nobody has any data whatsoever.

“I think because they are going to race in Bahrain and we don’t want to disturb them as they are fighting for the title, the only chance is in Abu Dhabi, so we will be discussing with both Alfa Romeo and Haas to see what is possible.

“Whether or not it is possible remains to be seen, but we will be trying very hard to give them that chance. And just after that there is the Young Driver Test.”