Nobody does it for Dale quite like Formula 1 driver Daniel Ricciardo. So high is his regard for The Intimidator that he borrowed his race number when he entered karting, eventually carrying the numeral 3 forward into Formula 1 where he has done Dale’s digit damn proud. Now driving for a resurgent McLaren, Ricciardo has all the motivation he needs to be on his game, and if any were lacking, McLaren CEO Zak Brown is now incentivizing him with a drive in the 1984 Chevy Monte Carlo stock car in which Racer reports Earnhardt won two NASCAR Winston Cup races.

Brown extended the offer to Ricciardo in a video uploaded to McLaren’s Twitter, where he gifts Ricciardo a scale model of said Chevrolet. The McLaren exec then promises Ricciardo a spin in the real thing—which is part of Brown’s personal car collection—for his first podium with McLaren, echoing the Aussie’s agreement with his former boss at Renault Sport F1, Cyril Abiteboul. 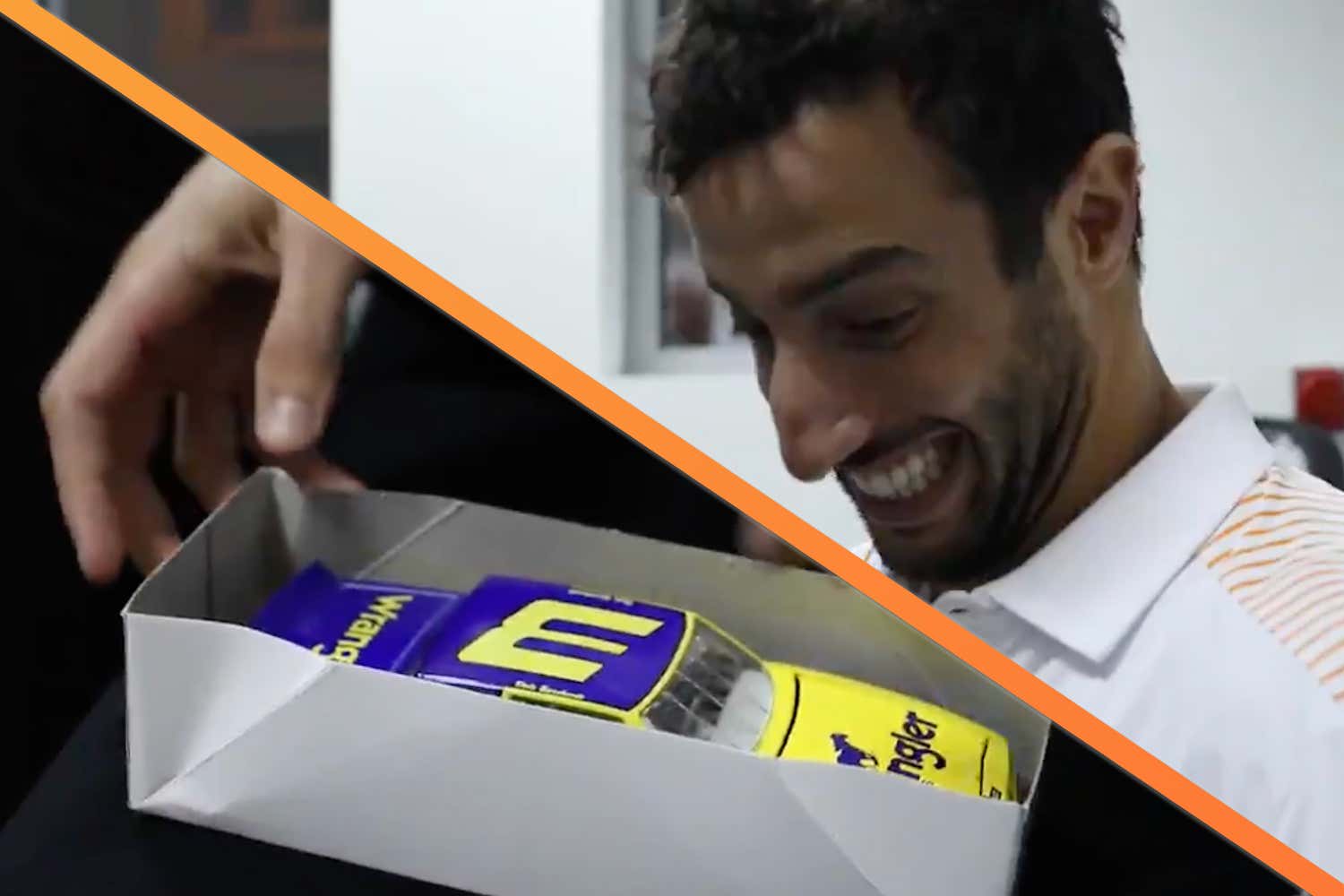 While at Renault, Abiteboul wagered a tattoo if Ricciardo could nab the team a podium, which he achieved twice in 2020, finishing third at the Nürburgring and the mythical Imola. Abiteboul reportedly has yet to hold up his end of the deal, but with Brown’s offer on public record, his will be harder to wriggle out of.

Ricciardo’s odds for a podium look to be their strongest since his last season at Red Bull, 2018, after which he migrated to Renault under the impression a renaissance was underway. It wasn’t, though, and today Ricciardo instead rides the tide of a rebuilding McLaren, which soared from atrocious, grid-ending performance in 2018 to a podium in 2019. That momentum carried forward into 2020 when the team snagged two more podiums and emerged third in the constructors’ championship.

One race weekend into 2021, McLaren seems the clear third-best again, this time closer to frontrunners Mercedes-AMG and Red Bull-Honda. Ricciardo fighting his way into their midst—and thus a podium finish—seems like only a matter of time. Bahrain, after all, was little more than a warmup for the unfolding fight between Sir Lewis Hamilton and Max Verstappen.