Nico Hulkenberg could follow some of his former rivals to IndyCar if he cannot secure an F1 return next year.

The German is currently spending a second consecutive season on the sidelines, although he did contest three grand prix weekends as a substitute at Racing Point in 2020.

Hulk’s current role is again as a reserve driver, now for Mercedes and Aston Martin, having been passed over for a Red Bull race seat in favour of Sergio Perez.

Opportunities in Formula 1 again look strictly limited for 2022 so, according to Racer, talks have begun for the 33-year-old to potentially head across the Atlantic like Marcus Ericsson and Romain Grosjean have done in recent years.

The team with which Hulkenberg is reported to be in discussion is Ed Carpenter Racing. It would be with a view to the ex-Williams, Force India and Renault driver competing in the road/street course races while Carpenter himself tackles the ovals.

Conor Daly, who also has experience of racing for the team, is another candidate depending on funding, along with Indy Lights championship contender David Malukas.

Grosjean, who joined Dale Coyne Racing with Rick Ware Racing this season, is being strongly linked with a move to Andretti. 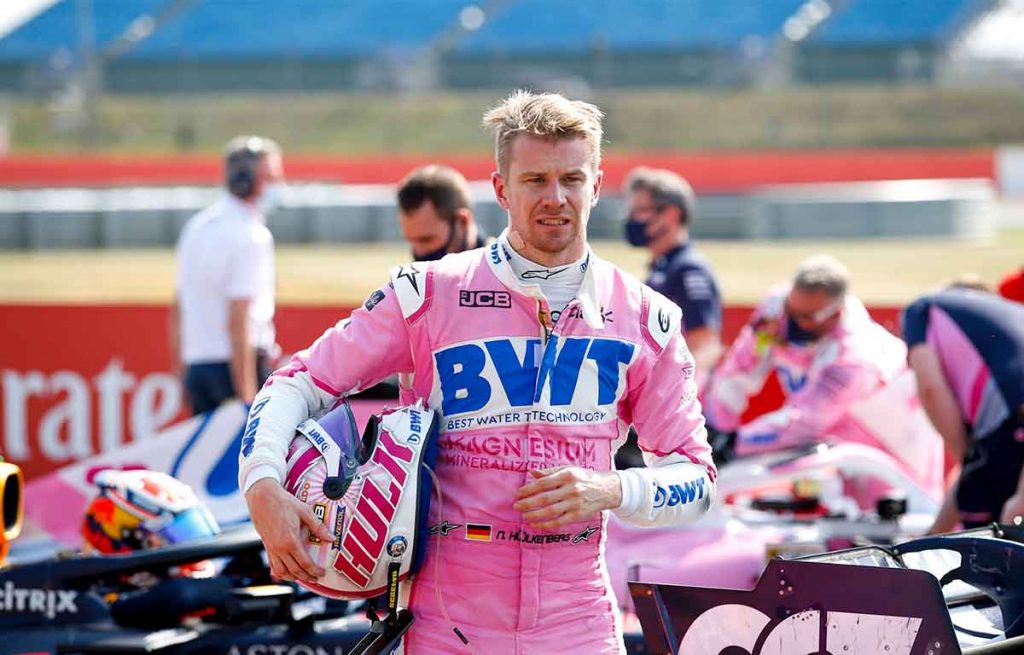 From Hulkenberg’s perspective, it would depend on whether he could force his way back onto the Formula 1 grid and the most likely option would be with Williams, if George Russell is called up to replace Valtteri Bottas at Mercedes.

Hulkenberg was mentioned by his fellow German, Jost Capito, the Williams team principal and CEO, recently when the team’s driver line-up for 2022 was raised by the media.

Asked specifically about Hulkenberg, Capito said: “I think at the moment we do not exclude any driver who would be available next year and Nico is available for next year, so we’ve got quite a long list.”

From his own side, as he approaches his 34th birthday on August 19, Hulkenberg knows time is running out if he is to prolong his F1 career – and have a chance of landing that elusive first podium after 179 races without a top-three finish.

“I have no illusions. The doors of the top teams are closed for me. I have to be that realistic,” he told Bild.

“If it doesn’t happen now, the Formula 1 chapter is closed for me.”