You’d expect Joey Logano to have good feelings about his first major NASCAR victory. It came at New Hampshire Motor Speedway, where the babyfaced rookie beat a handful of superstars to the checkered. The nine right behind him have a combined 18 Cup Series titles, three are in the Hall of Fame, and at least two others eventually will get there. (More on that later).

That’s heady stuff for a 19-year-old kid from Connecticut making only his 20th career start, his 18th for Joe Gibbs Racing. But Logano, now 31, is a bit reluctant to whole-heartedly celebrate the June 2009 Lenox Industrial Tools 301 that was stopped early because of rain.

“The fact it was rain-shortened took away some of the thrill,” Logano recently told Autoweek. “At the time, winning a rain race felt different from winning one that had gone full distance. But I look at it a little differently now, now that I’ve been around the sport 12 or 13 years. I haven’t had another rain-shortened victory, but I’ve had plenty lost to rain … so I’ll take it.”

There’s no denying that Logano and crew chief Greg Zipadelli got lucky. They had to overcome a wall-banging spin that cost them a lap at 184. A subsequent caution and its “lucky dog” wave-around put them back on the lead lap. Conservative fuel strategy built a three- to five-lap cushion as front-runners pitted under green. All the while, weather-watchers were expecting rain at any second.

After being mired deep in the field, Logano suddenly found himself leading when Ryan Newman pitted at 263, moments before the rain. The race went caution for a few laps then red, making Logano a surprise Cup winner for the first time. “Greg went for it and I was just lucky enough to be in the seat,” he said afterward. “He said to stay out (because) rain was in the area. So, I started saving a little bit of fuel. It’s a dream come true, that’s for sure.”

On the other hand

“But it’s not the way you want to win your first race, in the rain, but 20 years down the road, when you look in the record books, no one will know the difference,” he added. “Right now, I guess I’d rather be lucky than good. We didn’t have the car to win, but we overcame a lot. A win is a win, and I’ll take them any way I can.”

Zipadelli, who had won 33 times with Tony Stewart, was as stunned as his rookie driver. “It’s crazy,” he said at the time. “Obviously, everything at the end of the day went our way. You can’t control the weather; the only thing you can do is try to play it to your hand.”

Alas, Logano lost 104 more times before winning three years later at Pocono. He and Mark Martin swapped the lead five times in the final 35 laps before Logano won with a late pass. “That winning experience was everything you would hope for,” he said recently. “It was so different from when I won the first one. It was better in every way because it went the full 400 miles. And it was very important at the time because I didn’t know where I’d be racing the next year.”

Logano’s nickname of “sliced bread” reflected his status as a go-kart, quarter-midget, Legend, Bandolero, and lower-level stock car star. He was 18 when he made his Xfinity debut at Dover, his Cup debut at Loudon, and his Camping World debut at Talladega, all in the summer of 2018. He ran full Cup schedules and partial Xfinity schedules during his 2009-2012 time in Toyotas at Joe Gibbs Racing.

Surprisingly, especially in light of what came later, his only Gibbs victories were Loudon and Pocono. He consistently got poles, top-5s, and top-10s, but those two isolated victories and four points seasons between 16th and 24th weren’t exactly what NASCAR-watchers expected. Compare that to his Xfinity record at Gibbs: 22 poles and 18 victories in 110 starts.

In Cup, it may have been a matter of being overshadowed by veteran teammates Kyle Busch and Denny Hamlin. During their 144 starts together—36 each for four seasons—Hamlin won 18 races, Busch won 12 and Logano two. It was no great shock, then, when former champion Matt Kenseth replaced Logano after 2012 and promptly won seven times that year.

The Kenseth-to-Gibbs movement left Roger Penske free to recruit Logano to his No. 22 team. Logano wasted no time reminded critics that he was still “sliced” after all. Between 2013-2017 he won 14 poles and 16 races, including a Daytona 500, a full-distance victory at Loudon, three at Talladega, and three in Penske’s backyard in Michigan. He was top-10 in points four of those five years after enduring four bad years at JGR. Among his three victories in 2018 was the championship finale at Homestead that gave The Captain his second Cup Series title.

And the beat goes on. Logano has won six races and been a consistent front-runner in the two-plus seasons since winning the title in 2018. He’s already qualified for this year’s playoffs based on one victory and fifth in points. His Cup career totals midway through June: 22 poles and 27 victories in 452 starts, plus 135 top-5s, and 231 top-10s. All eight of his top-10 points finishes (in 12 full seasons) have come with Penske.

• The nine behind Logano that rainy Sunday in Loudon in 2009: Jeff Gordon (four Cups), Kurt Busch (one), David Reutimann, Tony Stewart (three), Brad Keselowski (one), Kyle Busch (two), Sam Hornish Jr., Jimmie Johnson (seven), and Kasey Kahne. The inducted Hall of Famers are Gordon, Stewart, and Johnson, the cinch Hall of Famers are Keselowski and Kyle Busch, and Kurt Busch is the longshot. And, of course, Logano eventually will make it. 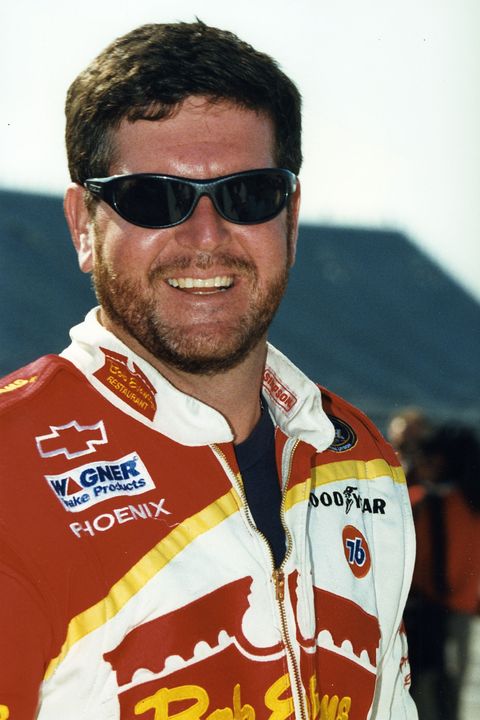 • With little or no debate, Logano was the 2009 Cup Series Rookie of the Year at JGR. But despite significantly better stats in almost every meaningful category, he lost the 2008 Xfinity ROTY title to career backmarker Landon Cassell.

• Mark Martin watched from up-close when his son, Matt, often raced Logano on weekly short tracks. The future Hall of Famer once told the media: “I’m high on Joey Logano because I’m absolutely, 100-percent positive, without a doubt he can be one of the greatest that ever raced in NASCAR. I’m positive. There’s no doubt in my mind.” He urged team owner Jack Roush to recruit Logano, but was unsuccessful … which is how Logano ended up at Joe Gibbs Racing.

• Tom Logano once forged a birth certificate to make his son seem older so he could compete at a higher level. He feared Joey wouldn’t get better if he constantly beat younger drivers, so he enrolled him against somewhat-older kids in the Legends Series. Officials discovered the deceit and kicked the family back to the younger series for two more years.

• Logano is the youngest Cup and Xfinity race winner in NASCAR’s 72-year history. He was 19 years/one month/4 days when he won at Loudon in 2009 and a mere 18 years/two days when he won a 2008 Xfinity race in Kentucky. Kyle Busch (20 years/four months/two days) had held the Cup record (2005 at California Speedway) and Casey Atwood (18 years/10 months/nine days) had held the Xfinity record (1999 at Milwaukee).