Mick Schumacher did not eliminate the possibility of a move to Alfa Romeo in 2022, but said he is focusing on his current drive with Haas at present.

The German rookie has impressed in his first season in Formula 1, despite running in a backmarking car. He has mostly had the better of his team-mate Nikita Mazepin throughout the season so far, with the pair also having had several tight battles on track at the rear of the field.

The youngster is also a member of the Ferrari Driver Academy and with Alfa Romeo a customer team of the Scuderia, there remains a chance he may be moved into one of their cars in the future.

Both Kimi Raikkonen and Antonio Giovinazzi’s contracts are up at the end of the season, so a seat may become available with Alfa for 2022 and possibly beyond.

But for now, however, while he said he is keeping his priorities with Haas, he did not eliminate the possibility of a team change.

“I am living in the here and now,” Schumacher told Sky Germany when asked about the rumours of a move to Alfa Romeo next season.

“I haven’t thought much about next year. We’ll see what happens in the end. I’m sure you’ll hear if something happens.” 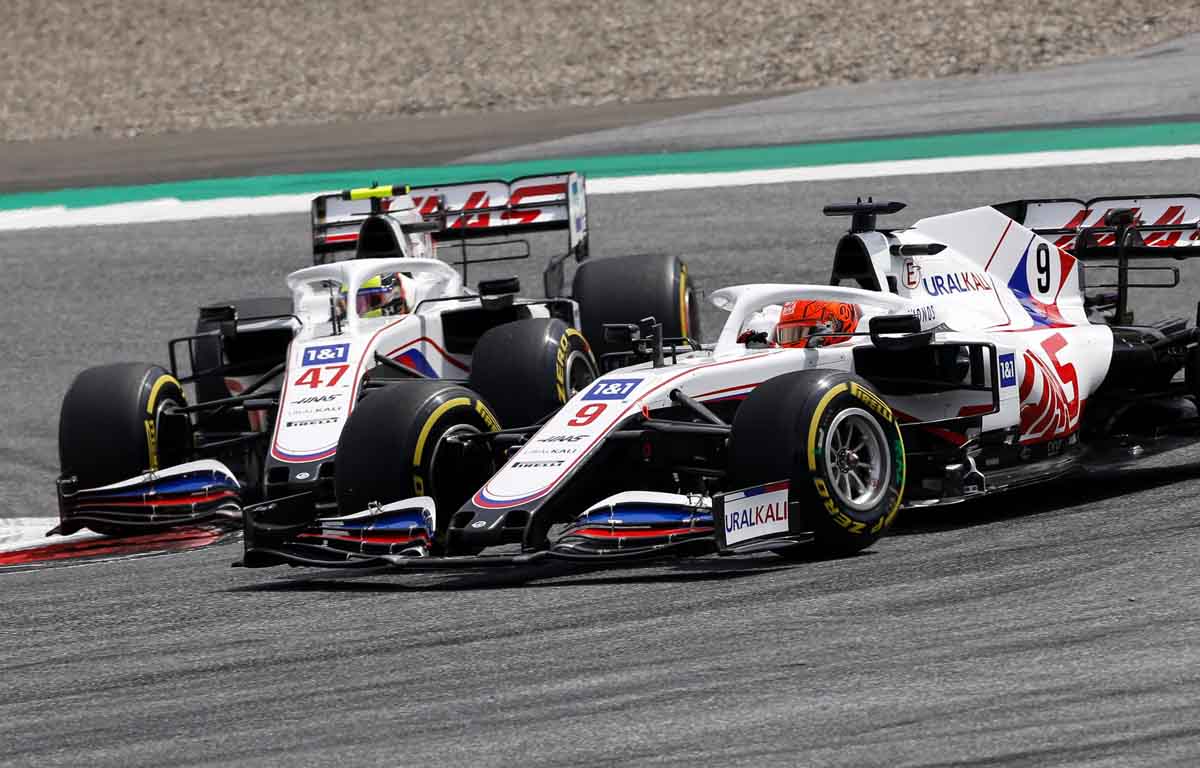 Reserve drivers Robert Kubica and Callum Ilott – a fellow Ferrari junior product – have both taken part in FP1 sessions and tyre tests with Alfa Romeo so far this season, and a decision has yet to be taken on who will drive for the team in 2022.

Despite Haas being stuck at the back of the field, Schumacher set a time good enough for Q2 at the French Grand Prix before crashing out of the session and he felt he could have made it through the first part of qualifying at the Styrian Grand Prix at the weekend.

Former Ferrari driver Gerhard Berger has been effusive in his praise of the young Schumacher recently, saying to sport1.de: “He delivers exactly what you can expect from him under the circumstances – he beats his team-mate, drives clean races, makes few mistakes.

“You can also see how he can read and analyse races. He’s a typical Schumacher. You can see he learns quickly and that he soaks up everything.

“Even if Haas is not a top team, after just a few races he has clearly shown he is number one at Haas. That’s a success. That’s why I believe in his future.”

Emelia Hartford's journey from stock C8 to one of the world's quickest 'Vettes starts the same way all too many project cars do: with the intention of keeping the car…

We catch up with Dr Carsten Tilke and discuss the challenges in creating a new racetrack What goes into making a great race track? Is it a factor of the…
F1