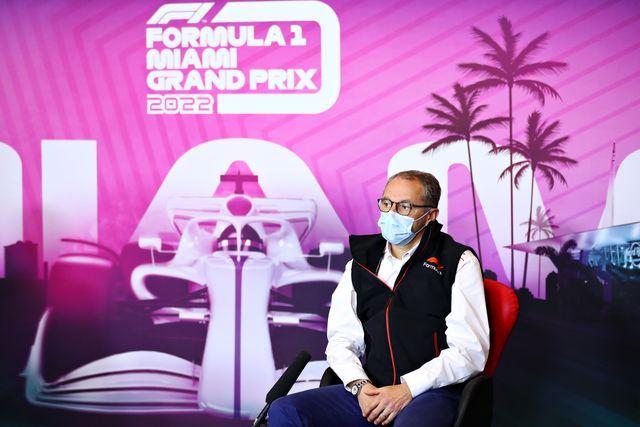 A race in Florida becomes the second Grand Prix in the US.

But watch this space… There may be more.

Stefano Domenicali cannot say when the first Formula 1 Grand Prix in Miami will take place, beyond saying that it will be in the second quarter of 2022. That means between the start of April and the end of June.

F1 has a lot of contracts that are in place for years and so one can surmise that it will probably be linked up with the Canadian GP, which traditionally takes place in early June. It makes no sense to have two trips to the Americas without linking them, in much the same way as Mexico and Austin have run back-to-back in recent years. So, if F1 left Monaco and headed for Miami before the Canadian GP in Montreal it would make sense.

In June Miami gets to be very hot and very humid, with an average of 11 days of rain, so earlier would be better than later. F1 could have a great party in Miami and head north to Canada for the follow-up race, which would be good for US levels of interest and for TV ratings. These are the kind of things that have to be considered when F1 plans its calendars.

But F1 is keen to build up interest in the US and it is beginning to happen.

“Our sponsorship with Oracle was because of the Netflix “Drive to Survive” Series,” Christian Horner told me over the Imola weekend. The Walmart deal is a more commercial one, but it is a sign that US firms are becoming more interested in the sport.

“Drive to Survive” was mentioned during the announcement in Imola by the Hard Rock Stadium’s Tom Garfinkel, who has led the fight to get F1 in Miami.

“My 17 year-year-old son has been watching the series with all his friends and they have become huge F1 fans as a result,” he says. “These cars, the technology, the racing. There is no better form of racing in the world, and we’re thrilled to bring that to Miami.”

“It’s a great moment for Formula 1,” CEO Stefano Domenicali said. “And it is a great moment for F1 fans all over the world. We always said that the US is important and where we want to develop our business and so having two races means that we have taken the right direction. We are proud as F1 because in this moment and through all of 2020 it was so difficult. It is a challenge is 2021 but we are looking ahead and putting in foundations for the future. When we told the teams last night, everyone was very happy and said it is where we should be.”

Both Domenicali and Garfinkel reject the suggestion that the Hard Rock Stadium was a compromise compared to having a street race in the downtown area.

“It’s not a compromise,” Domenicali said. “When you look for different solutions, you need to look at all the elements to make everyone happy and I am sure the track we will see will be fantastic.”

“In lot of respects it is better,” said Garfinkel. “There were a lot of restraints in downtown, but the priority was creating a great racing circuit, so we had a blank sheet of paper at the stadium. It is going to be dynamic in lots of ways and will provide a great experience. It will be completely transformed into a campus with landscaping and will create an environment where spectators will be blown away when they get there. Being able to create a circuit there is a pretty unique opportunity. It is going to be beautiful.”

The big question is whether a second US Grand Prix will impact on the United States GP in Austin. The contract for that race in up for renewal and it is not clear whether the promoter can afford to continue – and whether F1 wants to stay in Texas.

“There is no connection with the end of the contract Texas,” Domenicali said. “We want to keep two GPs in the US as that is something that will help boost the interest – and that is good for all of us.”

But Domenicali did not say that F1 would definitely stay in Austin.

“There could be lots of opportunities in the future,” he said. But adding Miami doesn’t mean that F1 will increase to 24 races. F1 is planning for 23 in 2022.

It has taken nearly five years to get a project that can go ahead in Miami, and the deal to race F1 in Miami in the Hard Rock Stadium area is for 10 years, but there is huge excitement in F1, and the sport believes that once the race in Florida takes off a year from now, it will create interest in many other possible venues.