Sergio Perez was left shaken after he almost ran over two marshals under Safety Car conditions in the Monaco Grand Prix.

The Safety Car came out after a puncture for Charles Leclerc caused debris from his SF90 to be sprayed all over the streets of Monte Carlo.

The Racing Point driver was emerging from the pits after fitting the hard compound tyres when he was met with two marshals collecting debris at the pit exit. 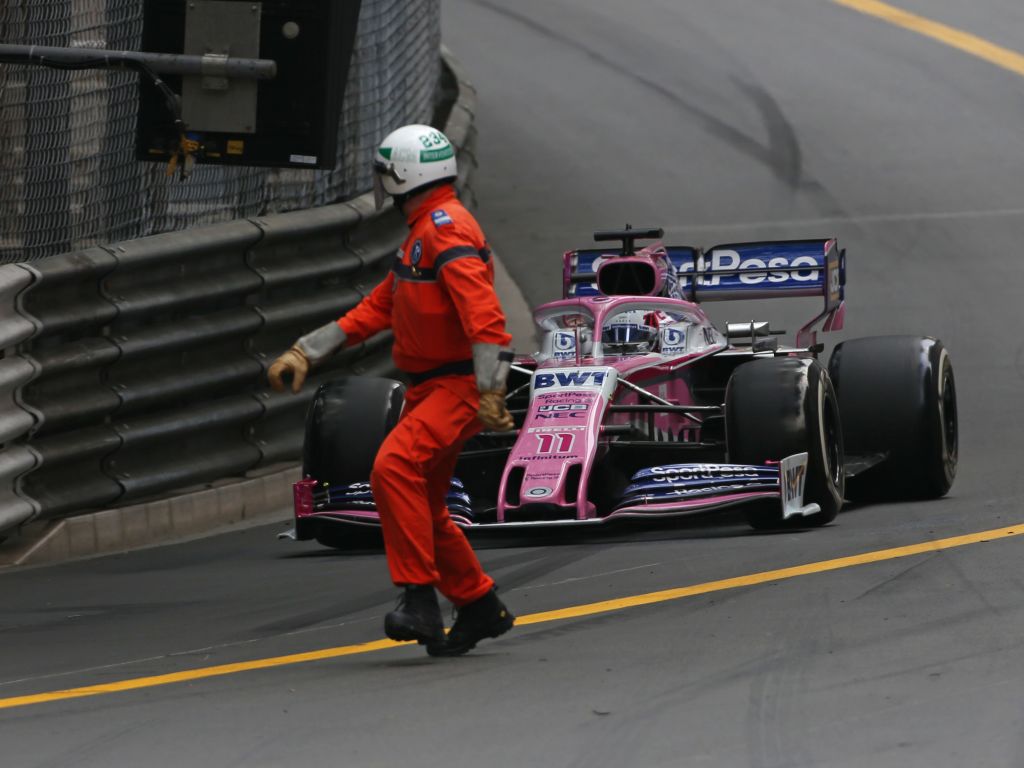 “During the Safety Car I had a marshal nearly run into me,” Perez told the media. “I nearly ran over two marshals!

“That was really bad. They were just running back and I was coming out of the pits. I had to brake, and they were very lucky that I avoided them.”

The incident was captured by the on-board camera of Perez’s Racing Point, and the Mexican admitted that he was shocked by the incident, highlighting that Monaco is one of the best-run events on the Formula 1 calendar.

After this incident, I’m just very happy with the outcome of my day. That we all can go back home safe and sound with our families. For the safety of the marshals I hope it never happens again! ? #MonacoGP #Checo11 pic.twitter.com/PP8Me3Frlz

“They’re normally very good,” he said. “It’s obviously safety, at the end of the day it’s most important the safety for the marshals and drivers.”

Perez instantly jumped on team radio after the near-miss to make sure that the marshals were unhurt. “What was wrong with those marshals? I nearly killed him,” he said at the time.