A unique World Rally Championship title decider awaits this weekend at Rally Monza, where the unexpected favourite will attempt to fend off a hungry pack anxious for him to stumble on unfamiliar territory. Nick Garton outlines the contenders to watch…

And so here we are: the final installment is upon us and the 2020 World Rally Championship decider is shaping up like the climax of The Avengers. Here’s how we go into the Endgame.

After the rest of the field has played its part through the higgledy-piggledy season so far, we head to Monza with our final four contenders for glory. We have a boy next door with special powers, a bespectacled wisecracking genius, a brooding outsider and a colossus who already has six precious gems tucked away in his armoury. 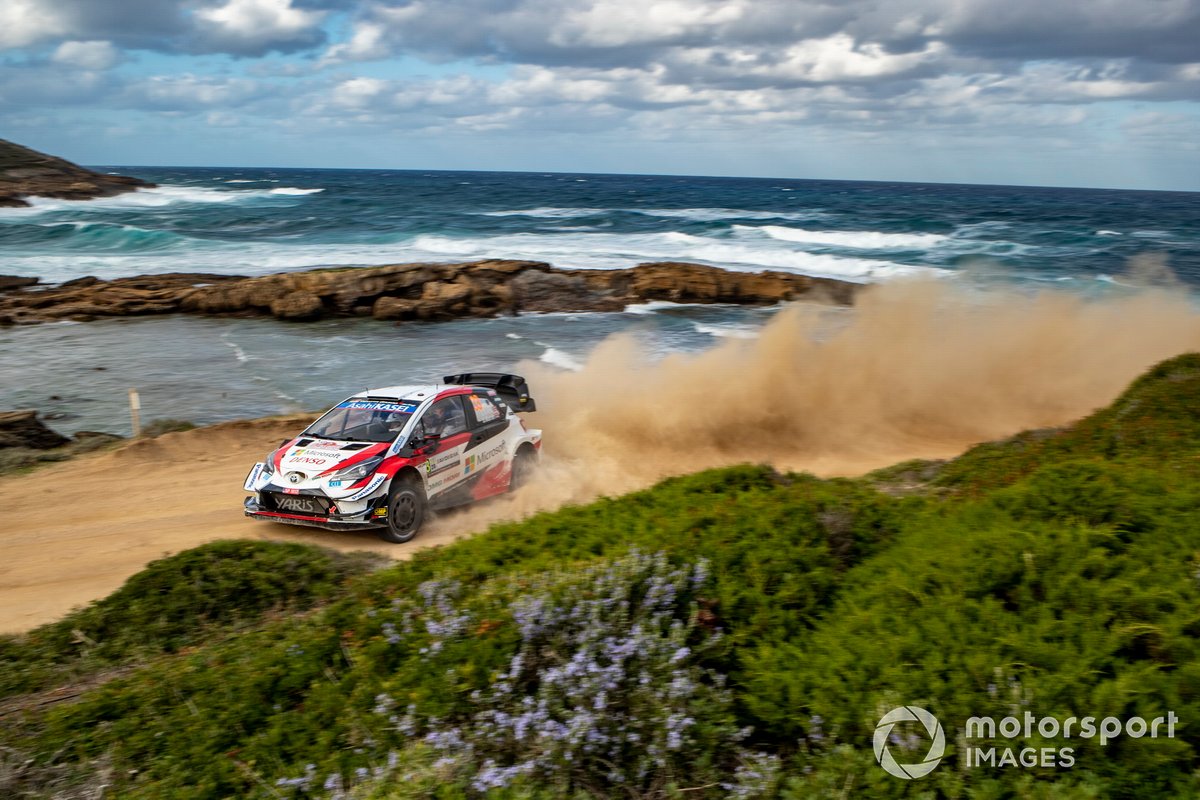 In fairness, Elfyn ‘Spider-Man’ Evans already has one hand on the trophy and it would be a brave soul who might bet against him getting both on it at the finish.

Evans has finished no lower than fourth this year. His position atop the table comes in no small part from being the only front-runner to have finished every round of the season so far – he’s also the only driver to win more than one rally this year, in Sweden and Sardinia – and another fourth place in Monza would seal the deal.

There’s no need to go crazy, and with only four cars capable of finishing in front of him under normal circumstances (and one of them being a Toyota team-mate, Kalle Rovanpera, who is out of the title fight), that relieves a little pressure. 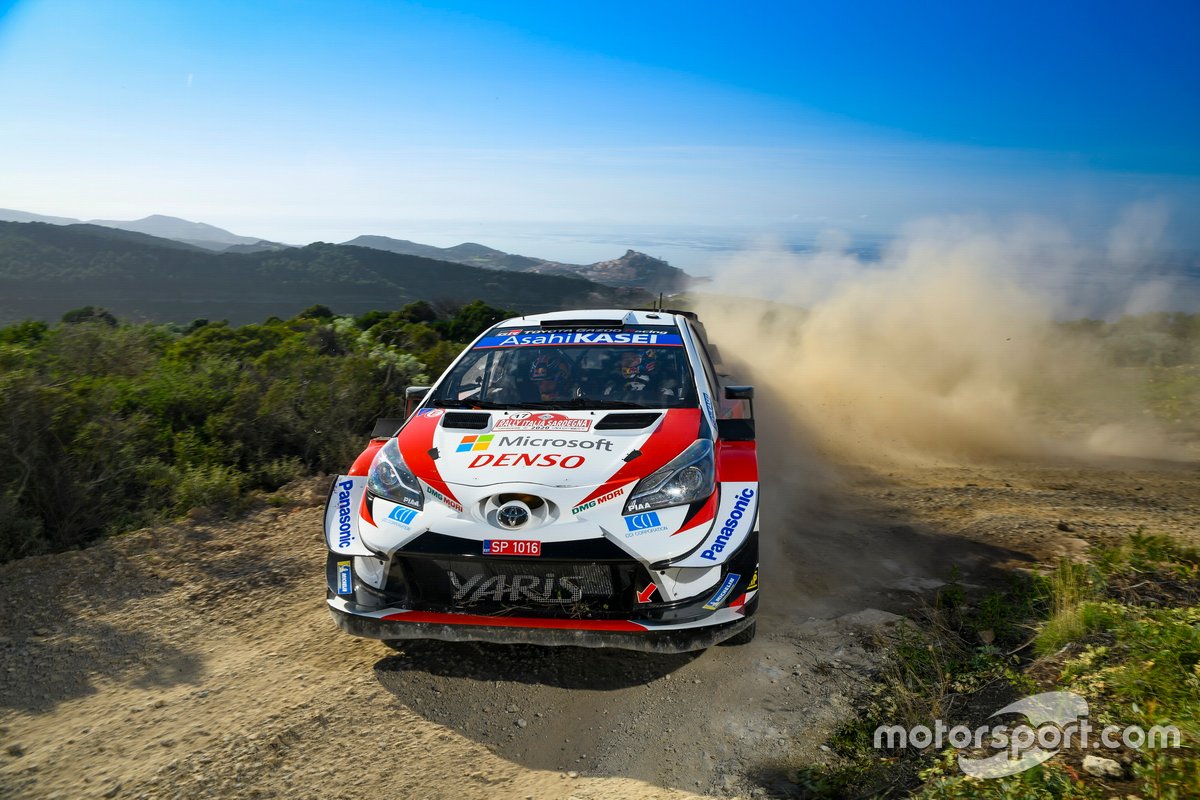 It’s the other Toyota that Evans will be focused on: that of the six-time champion, Thanos himself, Sebastien Ogier, sitting 14 points in arrears with 30 points left on the table.

The 2020 season was supposed to be a swansong for this colossus of the post-Loeb WRC. At the start of the year he had his mission laid out to win one more title with one more manufacturer, added to those won with Volkswagen and M-Sport, before hanging up his helmet.

Given the trials and tribulations brought about by COVID-19, Ogier has deferred his pipe and slippers for another year in order to take another tilt at what will hopefully be a more traditional season in 2021 – but does this mean that he will be taking it easy in Monza? Not a bit of it. Even though Ogier has remarked that the reduced number of rallies will mean the 2020 title means less than in previous years, you can expect his Yaris to be standing on its doorhandles, because there isn’t a more competitive man in motorsport. 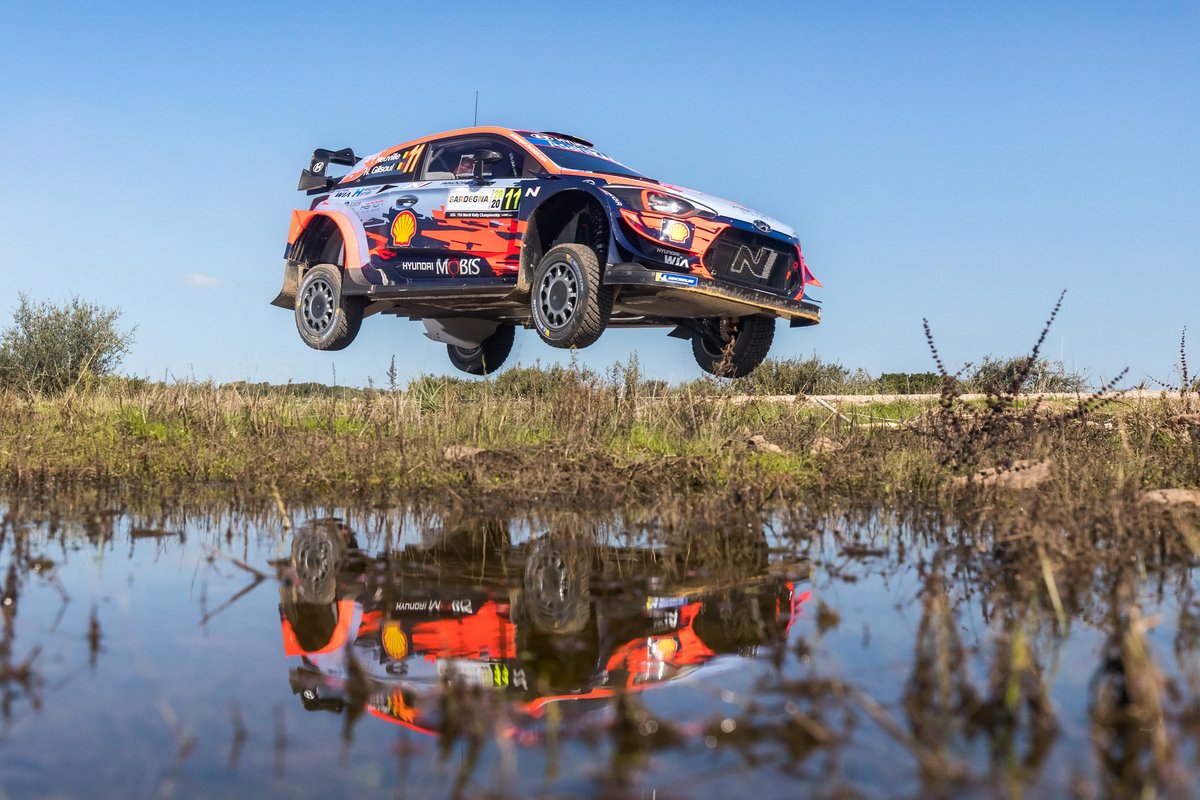 If there’s a party with rally cars going on, then usually you will find the WRC’s answer to Tony Stark in the thick of it: Thierry Neuville. The Belgian is no stranger to Monza’s event, with second place finishes in 2015 and 2019.Like his title rival Evans, however, Ogier lacks any prior experience of what little tricks Monza has up its sleeve for the unwary. The business-like Frenchman tends to wrap up the WRC season and head off until Monte for some well-earned rest, rather than join in the fun and games of close season bunfights such as Monza’s traditionally celebrity-heavy event.

Neuville has been the fastest man in the WRC this year, setting more fastest stage times than Evans and Ogier combined. He’s entertained us all by tap-dancing his Hyundai i20 to the very limit and yet, just like Iron Man, there have been some body blows delivered to his chances of celebrating a happy conclusion to the story.

A disastrous run of luck through Sweden (at sea on set-up), Mexico (electrical failure), and Estonia (suspension damage), have left him with only the faint hope of Evans retiring and Ogier somehow being able to finish no higher than fourth.

One way or another, it seems that Neuville’s run of five consecutive runner-up places in the WRC standings is likely to come to an end, and it will take a miracle for him to make that a first championship win rather than battling team-mate Ott Tanak for the bronze. 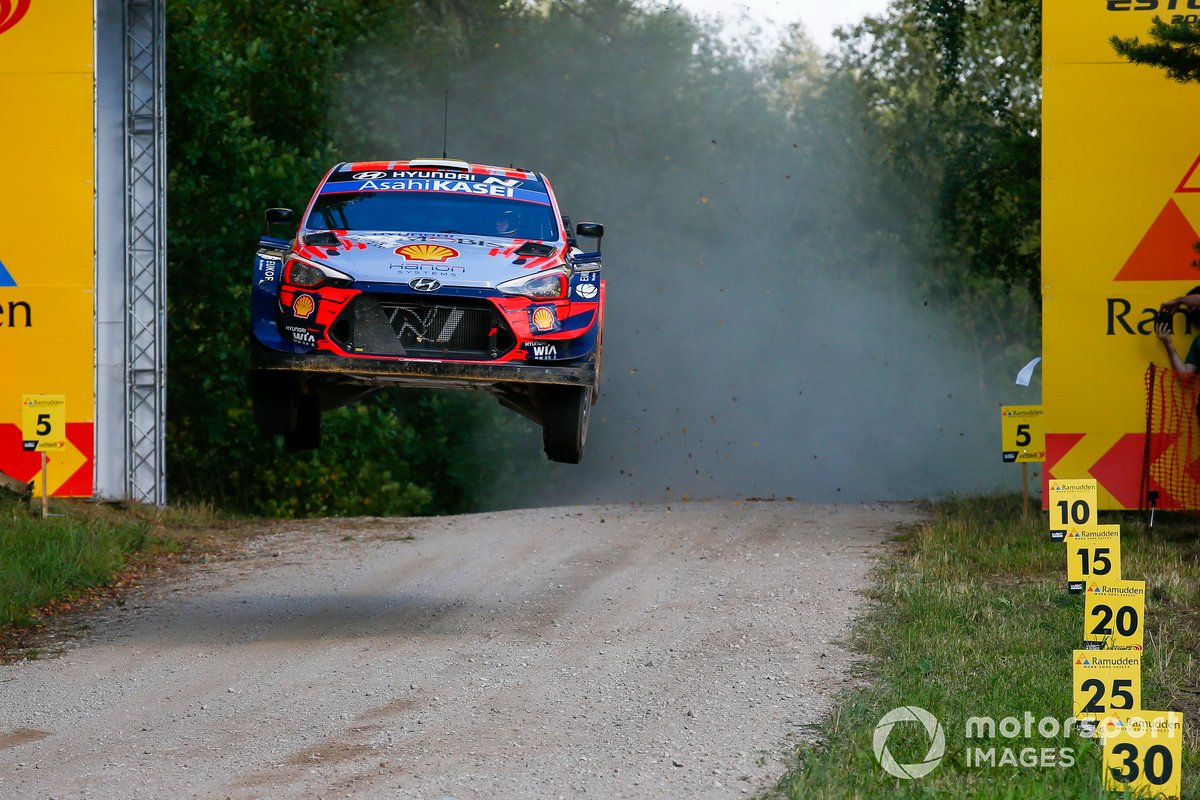 And so we come to Tanak. He’s still mathematically in the hunt, but the permutations basically require him to win the rally and the Power Stage while the other three contenders all drop out.

His season began with that leap into the void off the side of the Alps, which cost him seat time in his new surroundings at Hyundai. Things improved rapidly thereafter, getting his eye in through Sweden and Mexico and looking set to snatch victory at any moment – until we all had to stay at home.

His euphoric victory at home in Estonia brought the WRC back to life with considerable style, but disappointment followed in Turkey (steering), and Italy (suspension), that left his chances of retaining his 2019 drivers’ title all-but gone.

In the role of Hawkeye among our superhero final four, he has a decisive part to play in the final encounter. But there’s quite a high likelihood that in the calm after the storm, he will counting the cost of what it took to get us all here and looking forward to better days ahead.

Whatever the outcome of the all-star event, there are still all those supporting characters who have a part to play. 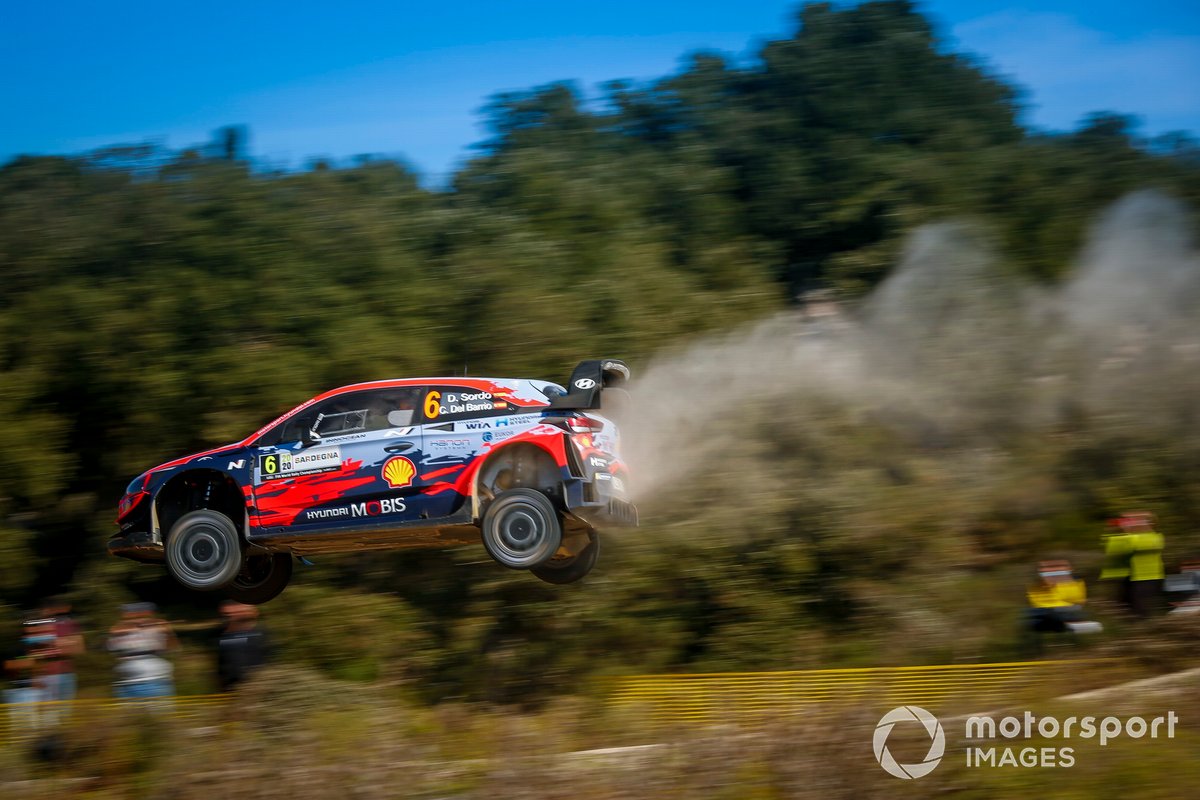 Dani Sordo gets another run in the third Hyundai at an event which he knows well, having two overall wins, two class wins and a second place to his credit. Having delivered a decisive victory in Sardinia towards retaining the manufacturers’ crown, the Spaniard is on a high with his boss’s backing to do all that he can to bring the silverware back to Seoul.

Rovanpera in the third Toyota has a role to play in queering the pitch of the Hyundais while equally keeping out of the way of his team-mates in the final showdown. It’s a big job for young shoulders, but he has ample pace and confidence to be a major factor.

And finally we have M-Sport, the Guardians of the Galaxy who travel to the very ends of the universe to keep the sport going from the grassroots to the WRC itself. Finnish stars Esapekka Lappi and Teemu Suninen have shown flashes of supreme pace this year when they do not allow their heads to drop and the random factor of Monza’s event could suit them. Gus Greensmith will be out of his comfort zone, but nobody will be urging themselves onward with the same gusto as the young Englishman. 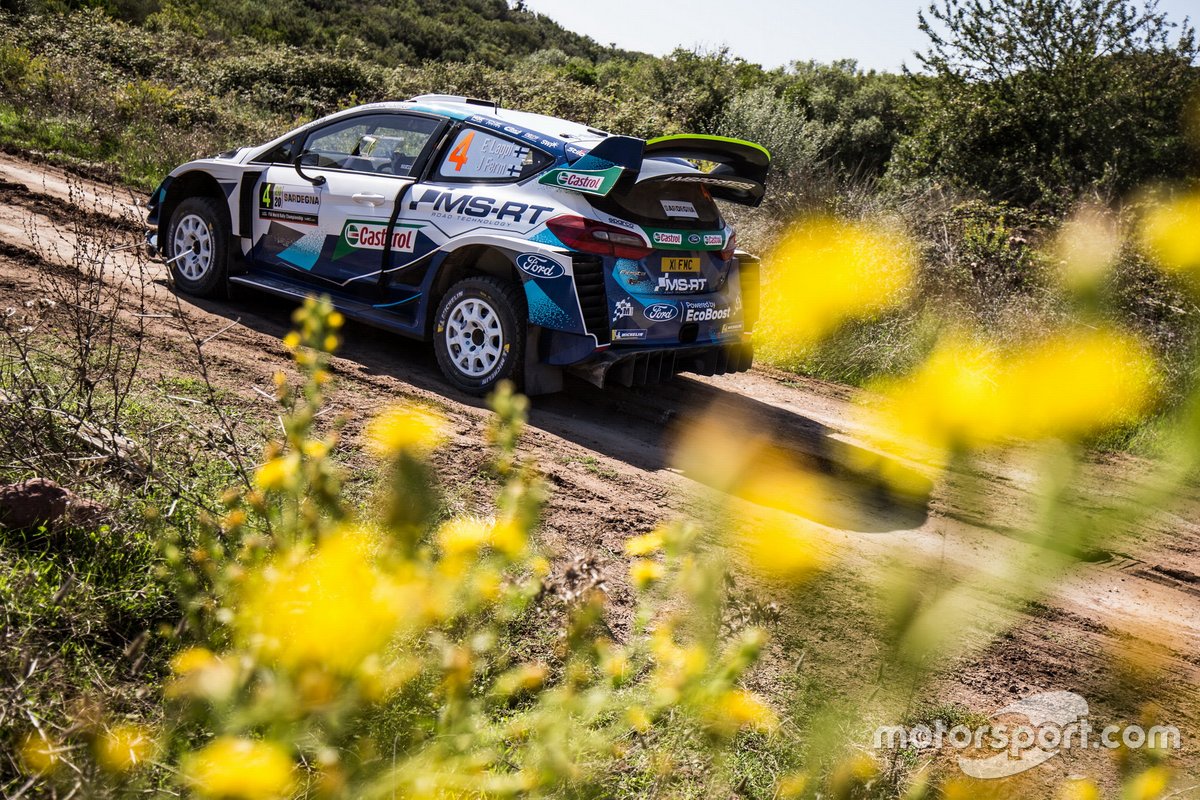 M-Sport no longer has a hope in the manufacturers’ championship, but the outcome of the battle of the big six works cars will mean everything in the boardrooms of Toyota and Hyundai.

Meanwhile, while the big league enjoys its all-star superhero-filled grand finale we can also look forward to plenty more intrigue in the lower leagues as we reach the deciding round of WRC2 and WRC3. 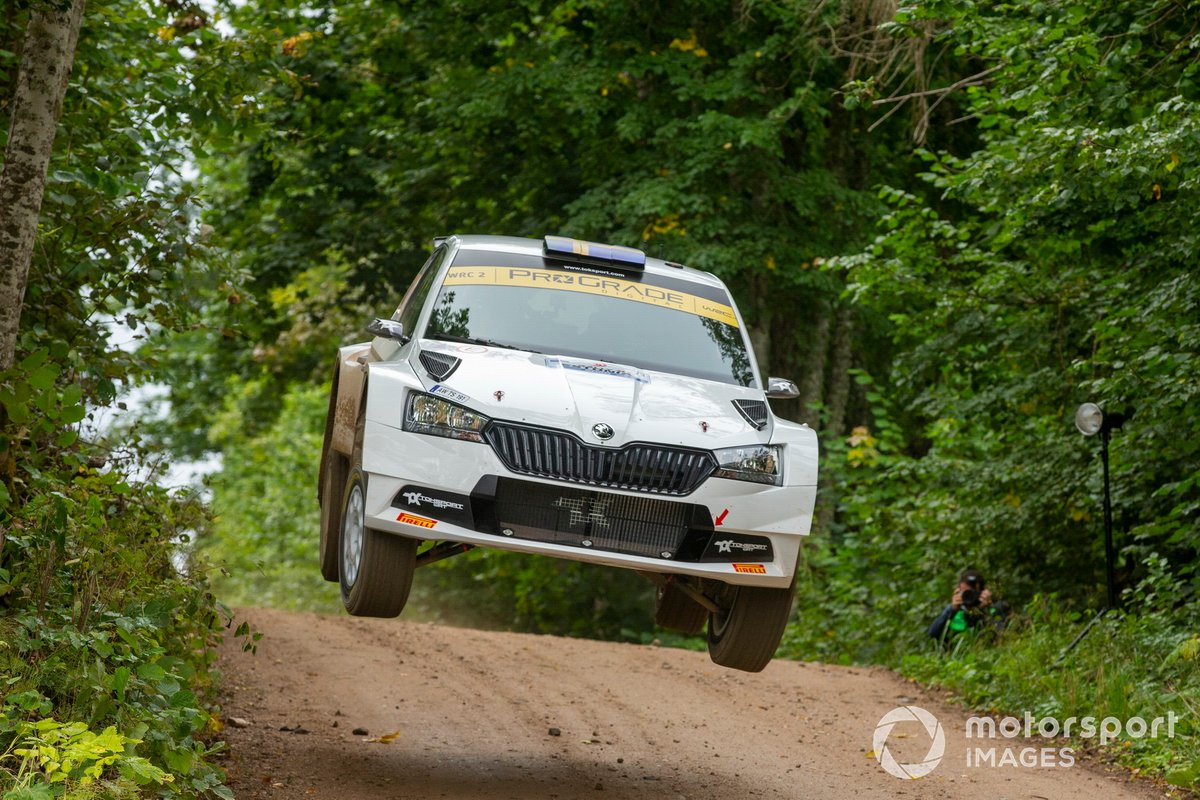 It’s been the hare and the tortoise for our two WRC refugees in WRC2 this year. Veteran Mads Ostberg has enjoyed factory support for his Citroen C3 and won every round that he started – up until the last one, in Sardinia, where an opening day spent running with only rear-wheel-drive put his finely-balanced season under threat.

Ostberg’s unhappiness offered some light at the end of the tunnel to Sweden’s Pontus Tidemand, who has been forced to trundle gently through each event in his virgin white Skoda Fabia, picking up podiums wherever Ostberg has been present and only ever going as fast as he must in order to minimise wear and tear to his car and budget.

Joining them in Milan will be young Frenchman Adrien Fourmaux at the end of a hugely impressive learning year at M-Sport. Fourmaux will doubtless be happy to finish the season on his preferred asphalt, as will the guest star in WRC2 for the weekend, Skoda’s veteran campaigner Jan Kopecky.

In WRC3, Bolivia’s Marco Bulacia Wilkinson holds a two-point lead in his Citroen C3 over the Hyundai i20 of Jari Huttinen in what has been a hugely entertaining and wide-open contest among the young guns throughout the season.

Joining them will be a phalanx of talent, chief among which will be Oliver Solberg in his Skoda Fabia – the youngster doubtless thrilled to be playing to a decent sized crowd at Monza. And, while sparks fly amongst the youngsters, don’t discount the hunger for victory that veteran Andreas Mikkelsen brings as he seeks to gain a top-class seat in 2021 in another WRC3 Fabia. 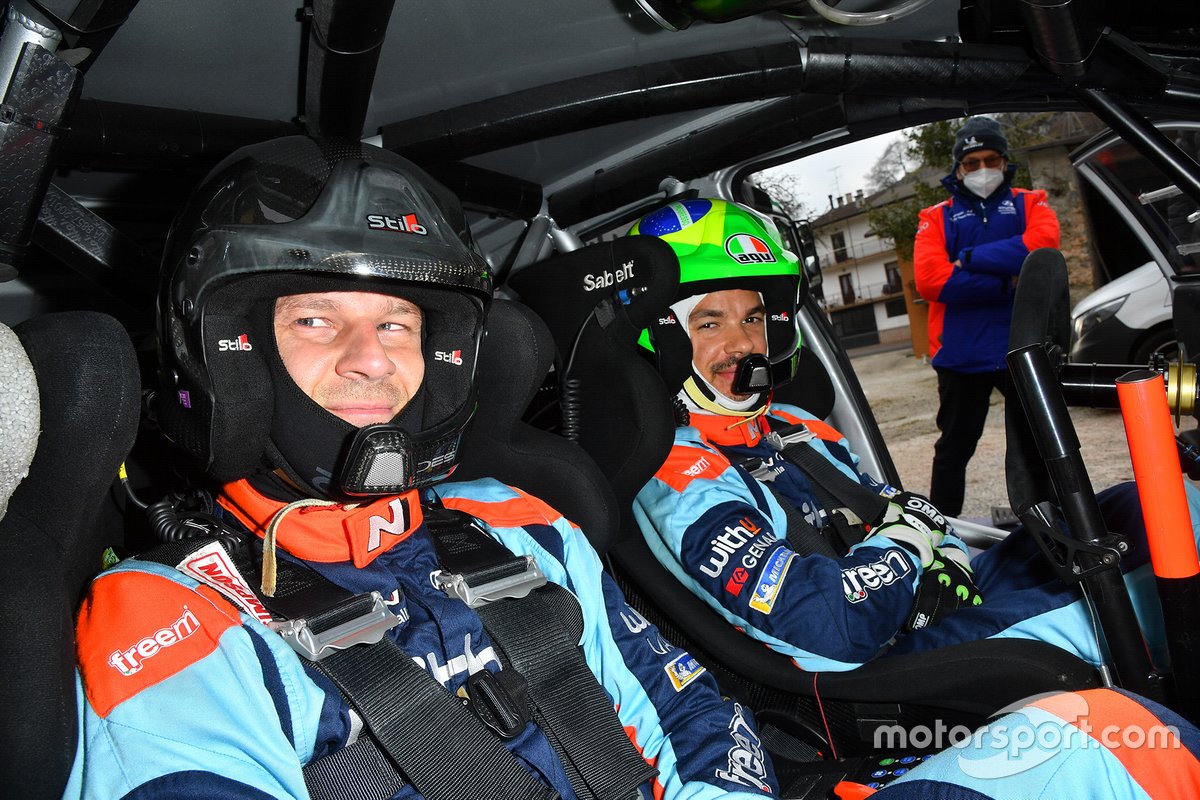 MotoGP star Valentino Rossi, seven-time winner of Monza’s rally event in previous years, will not be present but he will be represented by his motorcycling protege Franco Morbidelli. Another name to watch will be World RX regular Niclas Gronholm, son of double champion Marcus, at the wheel of his Skoda, and rally debutante Maro Engel, the GT ace making a guest outing with the Toksport WRT outfit that runs his ADAC GT Masters Mercedes.

It is a curious end to a curious season in many ways, but the prospect of this short but sweet finale promises to end 2020 on blizzard of excitement, which is something that the entire rally community worldwide thoroughly deserves.