Let’s be very clear: America’s only Formula One team has a PR situation best described as “hellish” this season. Its car is a hot mess that only gets airtime if it’s in the gravel trap, its former drivers (Grosjean and Magnussen) are thriving in the U.S., and despite signing the literal son of Michael Schumacher to one of its seats, it’s the other driver, Nikita Mazepin, who drew attention to the team before, during, and after the team launched this year’s car.

That’s not the PR team’s fault, it’s just trying to do a job. It’s not anyone at Haas’s fault, really, bar Mazepin himself, whose billionaire father is currently paying the bills to keep the lights on so the team isn’t going to be losing him any time soon. 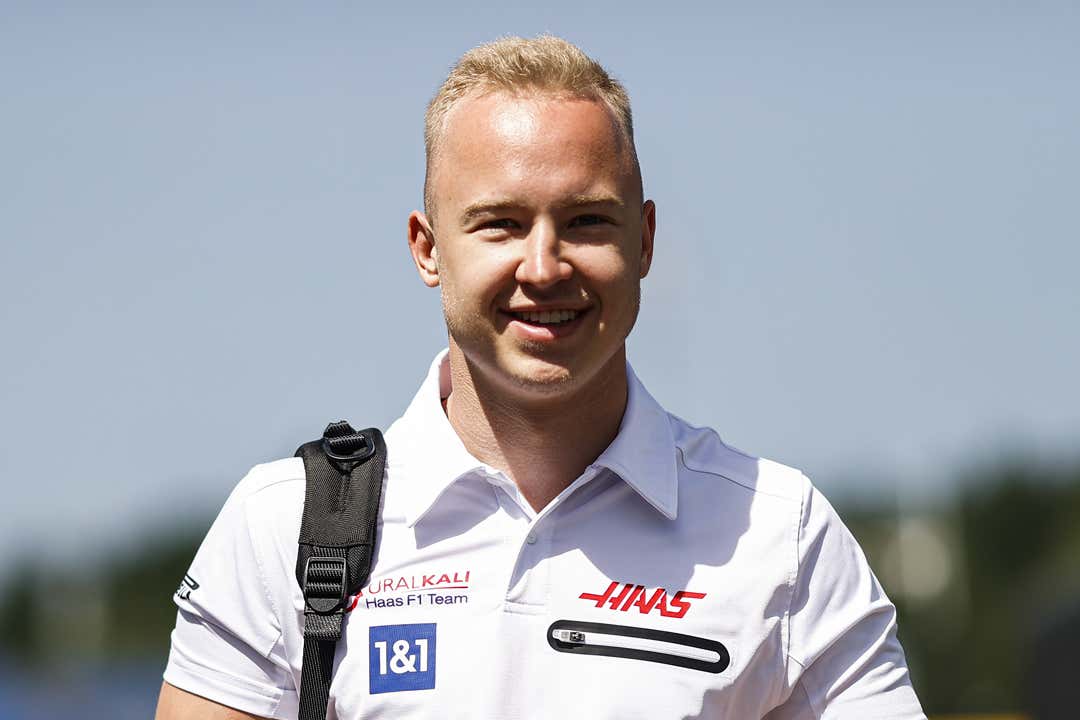 Mazepin inserted his entire foot into his mouth early on in the season by saying he intended to do his talking on the track. That’s the sort of thing you can say if you’re Max Verstappen and about to beast your way past Lewis Hamilton for the title lead. It’s less advisable when you have a real dog of a car and you’re a rookie with mediocre F2 results.

Needless to say, the on-track talk hasn’t been a standout oratory performance. There’s nothing that can really be expected of either Haas driver this season, with the car millions of miles off the pace and with very little hope of scoring a point unless total chaos happens at the front. Over the short lap of Spielberg last weekend, Mazepin was lapping over a second back from George Russell’s times in the Williams.

That’s a rough deal for a rookie. Mazepin’s occasionally quite sweet side showed in a quote after the race where he said “if there’s one thing I can ask for Christmas it’s just to finish on the same lap as others.”

F1 cars are mindbogglingly complicated to drive in the first place, and the Haas car is so bad to drive that both Mazepin and Schumacher have their work cut out for them. It’s not easy to be fast, so the Haas drivers do deserve some sympathy for struggling, but Schumacher maybe moreso.

The son of the seven-time world champion even asked on the radio if Mazepin was trying to kill him, in a late-race move during the Azerbaijan Grand Prix that the FIA curiously failed to investigate and had to publicly ask that any further swerves faces a harsher penalty. He’s the only driver likely to be far enough back to have to fight with his teammate and wrangling just as bad a car, after all.

But Schumacher calling Mazepin’s driving out obviously isn’t helping the team’s PR problems. It’s got to do something about Nikita’s image before it swallows a team that was on the brink of not existing, last year. So it’s obvious that PR came up with a cute way to show Mazepin in a good light. A staged social media video showed team boss Günther Steiner gifting him a spinning top, in commemoration of his habit of doing it on track and (fairly mean) fan nickname “Mazespin.”

It’s a stroke of social creative genius that deserves credit for being exactly that. Rehabilitating the image of a driver whose behavior the team had to condemn as “abhorrent” a week after signing him is an impossible task. And Haas has a duty not just to themselves but also Mazepin to somehow do it.

Whoever came up with it is smart as hell. The stunt got reported across F1 media, in at least one UK newspaper, spread like wildfire across social media and Reddit and even we wrote about it. It’s the sort of fluff that bangs on the internet.

There’ll be loads more like it, no doubt. Haas has started the turnaround on a situation it’s got no choice but to resolve from its own perspective. At the same time, a sweet nothing has been done via the FIA or FOM over the initial outcry from Mazepin’s groping video. What was an opportunity to discuss what’s acceptable has dissipated into the rhythm of the season without a working group, let alone a resolution.

Haas’s problems are for the whole sport: it’s too easy to be uncompetitive, money is still an issue for a lot of teams, stewarding decisions can be troublingly selective and risking high-speed collisions ruins it for everyone. Its PR department can only work with what  it’s got but everyone else can keep up the scrutiny on that.

Fans are allowed back at races in mass numbers from this weekend’s Austrian Grand Prix, which is awesome after so long away from the tracks. Racing should be for everyone, but that’s one the meme that never quite takes off.