The first of the two events features the most powerful real cars in the game, in the shape of the Gr.1 race cars. These are the exact vehicles you’ll find racing at — and in some cases winning — the Le Mans 24 Hours across the years, with a couple of interlopers from the Vision GT project.

You’ll take them to the Autopolis circuit. The tight, twisty, and adverse camber corners of Autopolis are not a natural home for these machines; they may have big wings, but some of the 1980s and 1990s cars in particular were made for high speeds and long, sweeping bends.

If the first time trial is a scary recipe, you’ll really need your wits about you for the second trial. This features one of the trickiest regular road cars in almost its ultimate street guise: the Porsche 911 (993) Carrera RS Club Sport. The ‘RSCS’ is essentially a limited run road car specifically for homologation purposes — a car that a manufacturer builds a big enough number of to pretend it’s a production car to qualify for a race series.

For the second time trial, as usual, you’ll have the full freedom of GT Sport‘s tuning menus to tweak out the worst of the car’s behavior. At least with Fuji Speedway as a venue you’ll have a big straight to take a breather.

Time Trial mode is a global competition, ranking your best time against all players worldwide, not just those in your region as with other Sport Mode events. These two time trials will run through to January 30, when two further events will replace them. 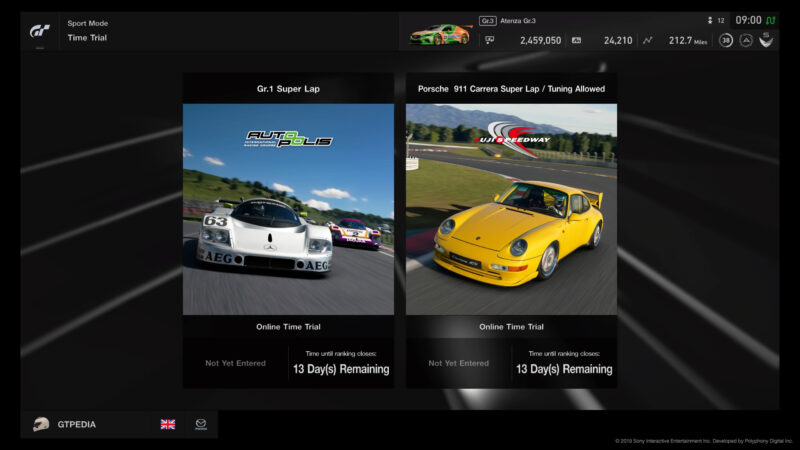 Electrification of the Volkswagen brand in the U.S. is moving slowly - e-Golf is declining, while the ID.3 is not even planned. Volkswagen reports sales of 75,075 cars in the…

The upcoming new generation Mercedes-Benz GLS luxury SUV has been listed on the company's official India website. Slated to be launched in India later this year, the company is currently…
F1

Ayrton Senna never enjoyed the best of fortunes at his home grand prix, and although he’d managed to conquer gearbox problems to win at Interlagos in 1991, mechanical issues came…

With no motorsport for the foreseeable future, Formula 1 fans need to look elsewhere to feed their racing addiction over the coming months. Fortunately there are a plethora of motorsport…
News & Features

Pony up and Buy This One-Owner 1994 Ford Bronco Centurion With Only 41,000 Original Miles

Not everyone has heard of the rare Ford Bronco Centurion, but there's great news for those that love the four-door brute: this one's for sale on Ebay right now, sporting…

The 2020 Chevrolet Corvette C8 has all the numbers to impress—495 horsepower, a three-second 0-60 time, and a base price of under $60,000 (for now). Additionally, a Chevy-claimed top speed…
We and our partners use cookies on this site to improve our service, perform analytics, personalize advertising, measure advertising performance, and remember website preferences.Ok