Will the big Formula 1 teams allow a dramatic drop in the level of the 2021 cost cap to be pushed through?

That crucial question will be addressed on Thursday when team principals and F1 bosses convene virtually for the latest debate on how the sport deals with the COVID-19 crisis.

Reducing the cost cap level has emerged as the key to the future. To some degree it is about protecting those top teams from themselves, establishing some sort of limits to their runaway spending.

More significant is the impact on everyone else – those who do face strictly defined limits. Without tighter restrictions the gap between the have and have nots would only grow, making it less attractive for them to stay involved in the sport.

Crucial to discussions is the fact that the Concorde Agreement runs out this year, giving all teams an opportunity to walk away before the 2021 season.

The economic impact of the COVID-19 crisis has made that decision a lot more precarious for team owners – and many see cutting limits on future spending as essential to the survival of the sport.

“Perhaps this is a time for a re-set,” F1’s Ross Brawn said in a Sky Vodcast last week.

“And a time to say that in the good times F1 operated at a certain level, but now’s the time to take a view on that and decide if we need a re-set in terms of the costs and investments that are needed for F1.

“I think when we introduced the budget control there was always the anticipation that if we had a crisis, we could turn the dial down. I think to quote a Spinal Tap quotation, the dial has been set at 11 for too long. We need to wind it down.” 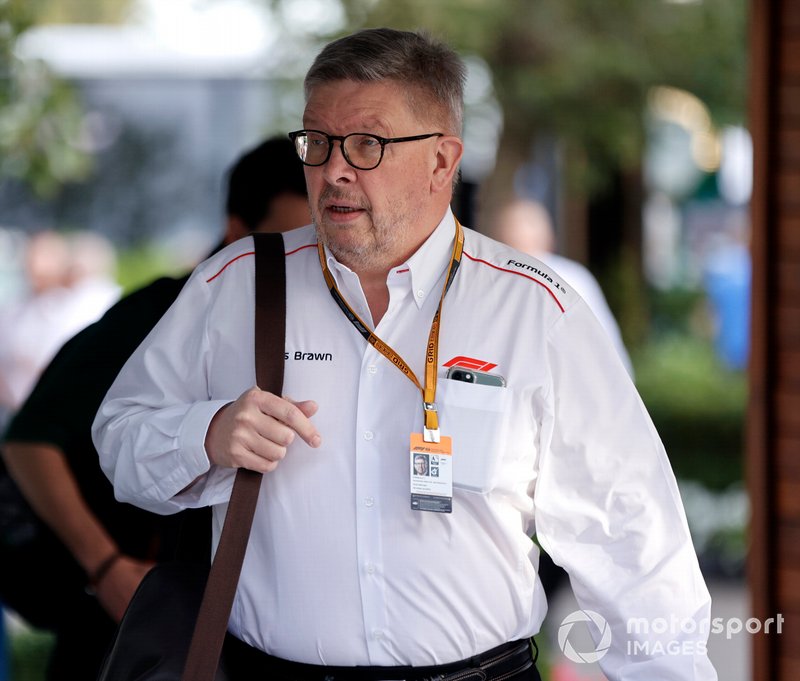 Officially the 2021 financial regulations still include the agreed cost cap of $175m, some way above the $130m or so that F1 and the FIA originally wanted to impose when discussions started two years ago, and their vision of the future was presented to the teams at the Bahrain GP.

There’s a long list of exclusions – driver salaries, salaries of the three top team employees, marketing costs – and yet $175m is still a huge number, one that only directly impacts Mercedes, Ferrari and Red Bull Racing.

Provisionally after recent discussions a drop to $150m has been agreed, but there’s a big push to go further. Leading the way has been McLaren, targeting a figure of $100m, although $125m is regarded as a more realistic compromise.

Inevitably such a big drop has been challenged by the top teams. They want to maintain their competitive advantage, and the prospect of dramatic cuts in staff levels is a challenge. Ferrari and Mercedes have also pointed out that they design parts for their partner teams, and that should be taken into account when balancing the books.

Nevertheless most observers would probably agree that, especially allowing for all the exclusions, even $100m should be more than enough to enable any team to run two F1 cars for a season.

The problem is that with no restrictions in place the big players have consistently ramped up their spending, simply because they can – fuelled in part by the huge bonus payments that they take from the F1 prize fund.

If one team has 300 aerodynamicists or operates a mission control with 50 engineers and strategists following the action at the track, then the others have to do the same. That extends to every aspect of the business.

“The paradox of F1 is that success breeds that,” said Brawn. “If you’re a brand like Mercedes the rewards that come from being successful in F1 are so great, they are many factors above what you spend.

“So although the budget of Mercedes is high, the rewards they are getting are even higher. And therefore they can justify spending a bit more each year. We all remember when Mercedes was an old man’s car.

“And now it’s not, it’s the hip car. They have changed the perception of Mercedes. And they’ve done a lot of that through F1. So it’s extremely valuable.

“So paradoxically the success of F1 has then driven the ability for certain teams to justify their budgets. Red Bull’s the same. Red Bull are able to show a multiple of what they invest in F1 in terms of what the returns they get for branding.

“There’s too big a void between the front three, it’s three teams really that enjoy a high level of budget, and the rest who are trying to make a model work which is sustainable.”

The COVID-19 situation is a wake-up call for all involved, or at least it should be. Team incomes are taking a massive direct hit this year, and everyone is aware that the general impact on the economy will reverberate even if it’s safe to go racing again in 2021. 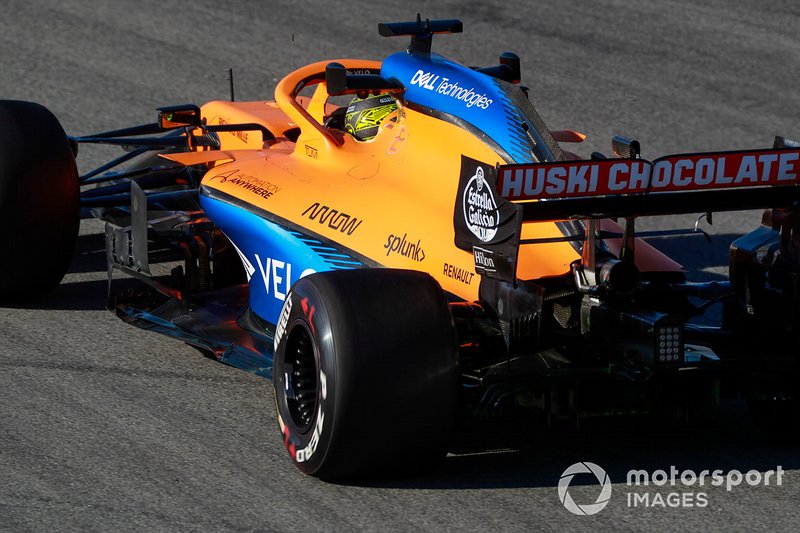 McLaren CEO Zak Brown is adamant that a major change of philosophy is required.

“I think in life when you have something that’s hit you that’s a crisis or an issue you can either run towards it and try and solve the problem, or run from it,” he told Sky.

“And I think the industry as a whole is running towards the issue. I think we know there’s enough economics in the sport for it not only to survive but to thrive.

“But we also know that the business model for F1 has really not been sustainable for a long time, and it always has seemed to make it through these unsustainable periods.

“I think it does take an event like this to maybe finally wake everyone up and realise we now don’t have the luxury that we had in the past, and we need to make some tough, aggressive decisions to give all the stakeholders that are committed to F1 the confidence and a reason to continue to stay committed. So that’s why we’re pushing very hard on this budget cap.

“If we look back to what Ross and Chase [Carey] and the FIA presented in Bahrain two years ago, which the majority of the teams were supportive of, that’s where the teams needed to be, and if we look at where conversations are now, that’s effectively where we’re headed back to.”

Indeed give or take changes to the list of exclusions the $125m figure now under discussion is very close to the $130m that Liberty originally wanted.

“We weren’t able to get that through in round one,” says Brown. “And maybe it takes a situation we are in now for everyone to wake up and realise what F1 presented a couple of years ago in Bahrain was spot-on, and while we didn’t have the luxury of not doing it two years ago., today the world has changed, and today we need to do it. 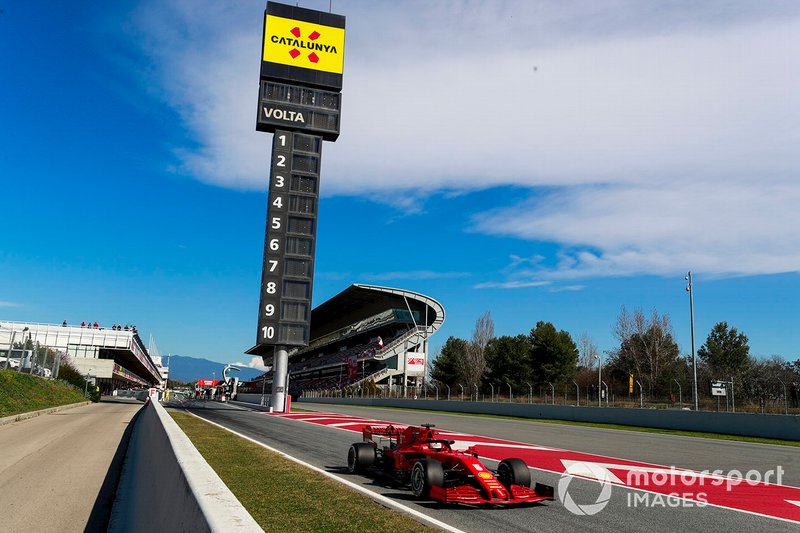 Of course $125m is still a lot of money for “small” teams to find. However at least there’s a ceiling, and if you can only spend $100m or $110m, at least you know you won’t be miles off the big boys, and that will be reflected on the track.

“I’ve said this before, there’s not a team in F1 making a profit today,” says Brawn.

“And that’s crazy with the amount of prize money and sponsorship money we have. It’s rather like football was a few years ago where there were all exceeded what they had at income, and football teams were going bankrupt.

“The fair play model they have now has stabilised that. It still has its challenges, and we’re going to meet many challenges with budget control no doubt, but I don’t see any other mechanism that we’re going to get this under control.

“We’ve tried for decades to get the costs of F1 under control, and I think without a cost control system we have no way of doing it.

“Zak is right, where we started two years ago was about $130m a year, and that’s a substantial amount of money. And I think that’s where we need to be now.”

What’s at stake is a complex equation of pure economic survival and closer on-track competition, and it’s important to understand that the two aspects cannot be separated.

“I think first of all we’ve got to maintain the integrity of the sport,” says Brawn. “The fans want to see a true competition. The easiest thing for us to do would be to introduce handicap systems – if you’re you carry extra weight, or you have some other handicap, and I think we’ve always avoided that because I think a true competition is vital.

“We fought hard to get to where we got to with the budget cap at $175m for the year. It was higher than we wanted, but that was the equilibrium that we could find with all the teams. I won’t pretend it was ideal, it was not where we wanted, but that’s where it was.

“The COVID crisis has created an opportunity quite frankly for people to really take a second look at what’s a realistic and sensible level of a budget cap.

“And it’s allowed us to renegotiate again with I think extra determination and extra commitment, and a statement that this is what we told you the budget cap was for guys, when we have this crisis we can turn the dial down.

“We said that when it was introduced, and we’re there sooner than we would have hoped or anyone wanted. But we are there now, but we can’t ignore, it would be irresponsible to ignore it.

“So we’ve all got to readjust to these new levels. It’s going to be painful, but the sport will have a future. I think actually we’ll come out of it in a much stronger place, once we’ve been through this.” 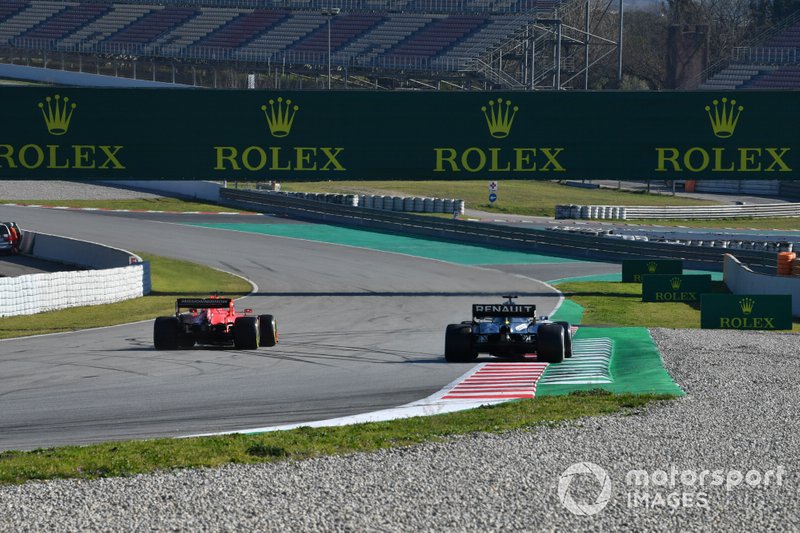