Fernando Alonso has hit back at suggestions that he is a ‘self-centred’ driver – pointing out that the kind of troubles Ferrari faced between teammates this year never happened when he was there.

Ferrari endured a run of headaches in 2019, with Sebastian Vettel and Charles Leclerc clashing over slipstream assistance at Monza, team orders in Singapore and Russia, and then crashing into each other in Brazil.

Speaking ahead of the FIA Prize Gala in Paris, Alonso laughed off a suggestion that he had a reputation for being ‘self-centered’

“I think the reputation is always one thing and the facts are different,” said the Spaniard, who won the 2018-19 WEC title.

“When you see crashing teammates, and things like that, as we saw this year and you see every year between teammates, and then my images, you will see the slip stream [I gave] at Monza and slipstream in Spa.

“I know these collaborations. So when we talk about reputation, it is better if we look at the facts.”

Alonso says that he was always honest with himself in his switch to WEC about his limitations, and how much he needed to learn from teammates Sebastien Buemi and Kazuki Nakajima.

“It was not a problem to share with these two guys because obviously, they had the experience in endurance,” he said.

Alonso’s next challenge in motorsport is an assault on the Dakar Rally. And despite an intensive test build-up, the Spaniard admits he faces a tough challenge.

Asked if he felt ready, he said: “Listen, if I go there, to enjoy the experience – yes. If I go there to make the most of it – yes. But if I think of it in terms of winning Dakar, I don’t feel ready.

“I’m perfectly aware of both my lack of experience. I think you know, there are races that I attempted, like Indy, or Le Mans or Daytona, I felt quite competitive and that I could good fight for victory. In Dakar I don’t think I’m at that level.

“But I will play a different strategy. I will not be the fastest but hopefully I will be in a good position in the end.” 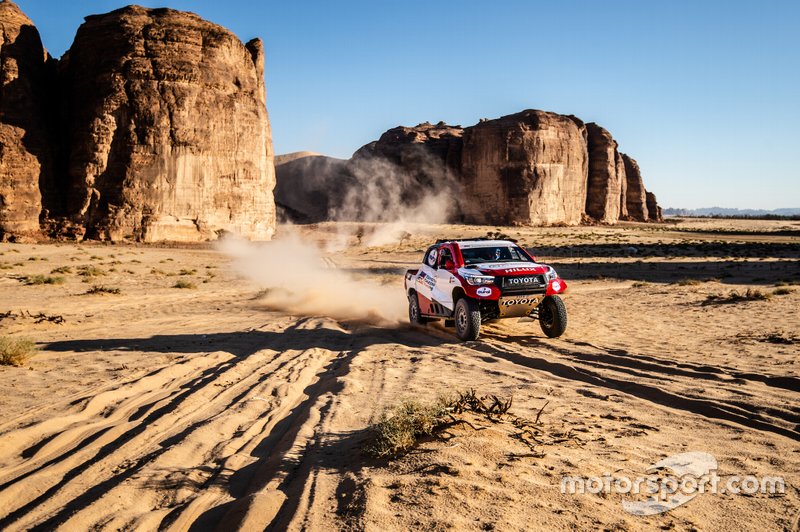 Exhaustion is a factor in around 20 percent of road crashes and feeling tired is 50 percent more likely to result in death or serious injury. Accidents caused by tiredness…

Bentley Builds A Continental GT To Race On Ice

Bentley Motorsport is all set to race at the 2020 GP Ice Race in Zell am See. For this the company has specially prepared a Continental GT. The Ice Race…
F1

Norris opens up on McLaren: “The team’s confidence is back”

Lando Norris is the latest guest on The Autosport Podcast, joining Stuart Codling to talk about the challenges he faced during the 2019 Formula 1 season. Speaking at Autosport International,…

Renault firms up role and start date for Fry

Speculation Could Save the Bugatti W16, Says CEO

Stephan Winklemann, Bugatti’s CEO, says that his company’s peerless W16 could stick around into the coming decade because of collectors. While speaking to the UK’s Autocar, Winkelmann said that although…

Ather Energy has launched the company's updated scooter, the new Ather 450X, which will replace the existing Ather 450. The 450X will be available in two variants - the 450X…
We and our partners use cookies on this site to improve our service, perform analytics, personalize advertising, measure advertising performance, and remember website preferences.Ok