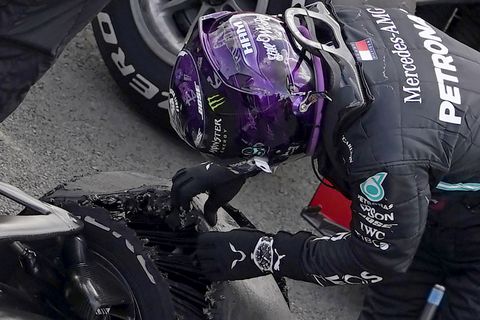 There are two sides to every story, and that goes for Formula 1 in a pandemic.

While the pandemic forced several Grands Prix to be canceled and several more to be postponed, it also brought us back to a few classic venues and at different times than usual in the season. And that brought a few new challenges to the sport, which improved the racing.

If Formula 1 leaders realize just that, ahead of the coming new sporting regulations in 2022, we’ll enjoy better racing—sooner.

The first improvement to make is taking a bigger risk with tire selection. Simply put: the faster the tires lose performance, the better the racing. Far too often, the races include just a single pit stop for a mandatory change in tire compound. Often it happens in the first third of the race, maybe even during a Safety Car period, and the drivers are able to carry on another two-thirds on one set with no trouble.

But what if tires definitely didn’t last that long? What if you needed at least two, or even three pit stops did complete the race? That introduces a greater variety in strategies across the different teams, and perhaps a split strategy between the two drivers in the team. More pit stops also introduce more chances for mistakes and more potential shake-up in the finishing order.

What if a team feels it is better to just keep pushing on the tires it has? Run them to the cords, you could say. We saw that happen at the British Grand Prix, the first one, not the 70th Anniversary, and it caused Mercedes to lose several places as Valtteri Bottas’ tires failed. And then it happened to teammate Lewis Hamilton on the last lap! I’m not advocating for more tire failures, but tires that wear more rapidly and force teams to change more often. It never makes the racing worse. 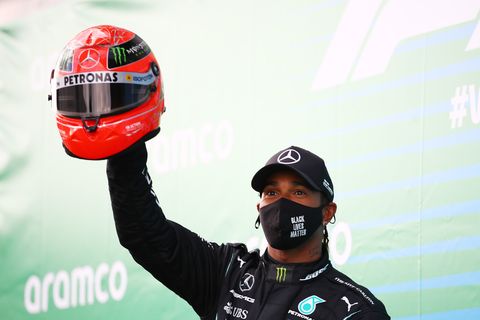 Even simpler then changes to tire allocations, is to consider different both warm and colder weather destinations when making out a schedule. This past Sunday at the Nurburgring, we saw F1 race in 48-degree weather, which is at least 20 degrees colder than normal race conditions there. Furthermore, skies were overcast and threatening rain during the race, just as it had on Friday. And it was brilliant.

Engineers and drivers alike had to overcome a new challenge. To start, the cars behaved differently and a few failed. And from there, it goes back to tires. Racing tires, especially F1 tires, do not like the cold weather. The rubber gets very tacky at temperatures approaching boiling water. When temperatures dip closer to freezing water, they become rock solid and lose grip.

Who best managed tires, kept them warm, and who called the correct time to change them, added complexity to the race. The race for the final step on the podium went to Daniel Ricciardo because of a late pit stop that gave him the track position and the grip he needed to stay there.

Formula 1 needs to look no further than the F1 calendar, with weather variety in mind, and tire allocation, two tools readily available to them right now, to improve racing. Don’t be afraid to use tires that don’t last as long. Throw the drivers into hot and cold weather. Throw as much variety at the teams and possible and reap all the racing excitement rewards.