Home » News & Features » You Can Buy a New Suzuki Jimny at US Dealerships. Just Don’t Ask Too Many Questions

The Suzuki Jimny is a name that plenty of off-road lovers are familiar with. Technically a descendant of the Samurai, it’s a compact 4×4 known for its adorable aesthetics and legitimate trail-driving chops. Although the current generation of the Jimny isn’t sold stateside, it’s coveted by a lot of American enthusiasts—so much so that some dealerships still try to sell them here.

I wanted to know more about these imported vehicles for sale, a few of which have been sent in by readers or written about by other publications. In a quest to get more info, I called two dealerships that claimed to have them available. It did not go as expected.

We previously covered a somewhat similar case that involved a VW Amarok being sold in the U.S. That pickup was registered as a farm truck with a clean Michigan title, though when it came to these Suzukis, the dealerships were pretty cagey about providing any details. 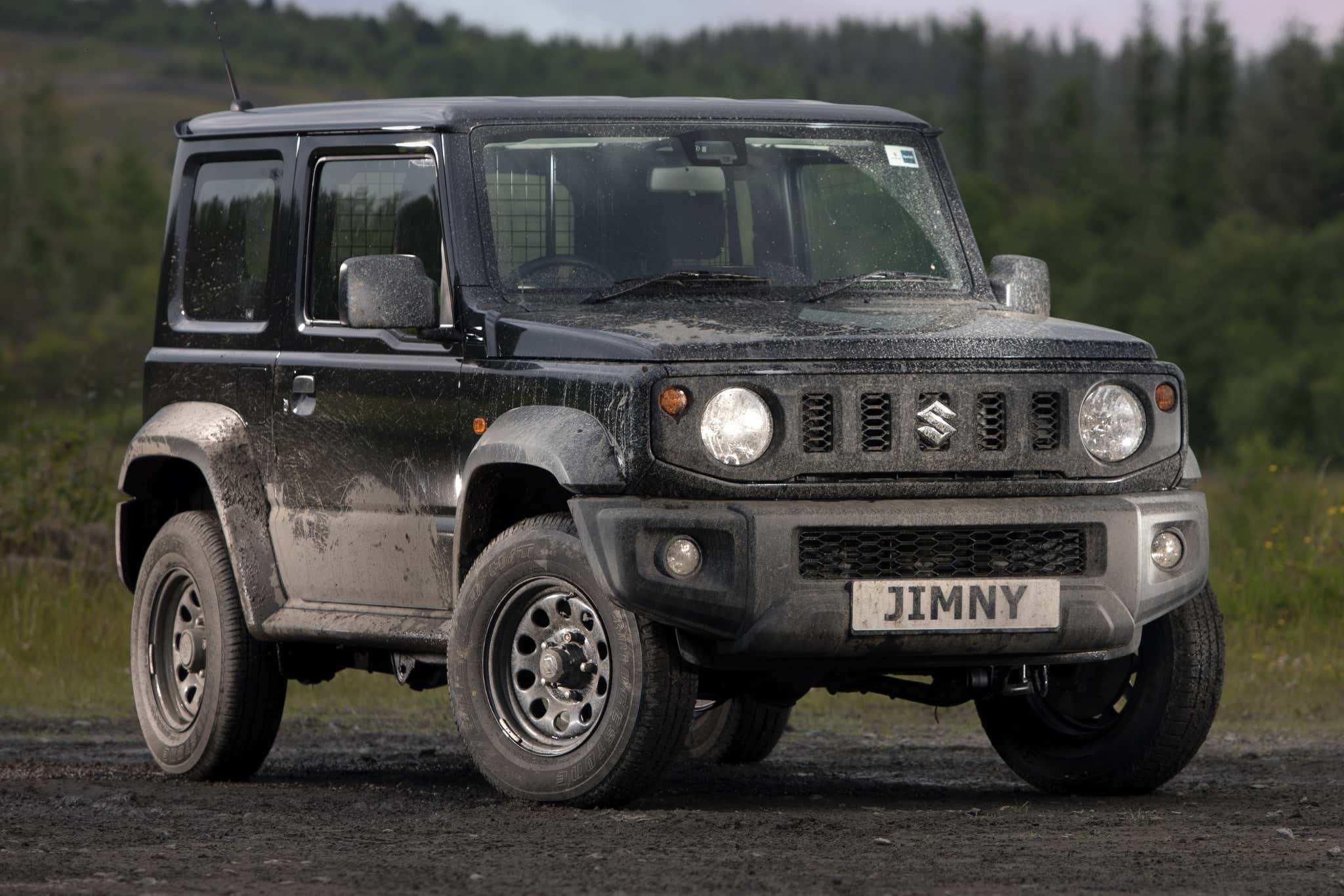 It’s understandable why the Jimny is desirable. Just look at it.

The first dealer I called was Iconic Motors of Oklahoma City. Initially, I was told what I was expecting to hear. The truck was brought north from Mexico and, in fact, it had allegedly already been sold to a customer. The man on the other end of the line then told me they had a meeting going on, and instructed me to call back later. A promising start, I thought. Maybe I would get some more information.

The second dealer, Barrett Auto Gallery in San Juan, Texas, had two Jimnys for sale, though they were listed as Samurais. This might be an even better lead, I thought. I picked up the phone, dialed the dealer’s number, and someone answered straightaway. I explained who I was, why I was calling, and then I asked how they got the Jimnys. San Juan is right on the Mexico-U.S. border, so I assumed they were brought here just like the others. I was right.

“We bought them in Mexico and brought them back here,” the dealer employee said. I prodded them about how the vehicle was registered, if at all. Then they seemed to get suspicious. “Do you want to buy one?” they asked me. I responded that, no, I wasn’t going to buy one, but it’s unusual for a Jimny to come up for sale in the United States, and I wanted to write an article about the two they had for sale. A few seconds of silence passed and just as I was about to ask another question, they hung up.

I thought that was odd, but something even stranger was that shortly after the call ended, both vehicles were removed from the dealership’s website. I got screenshots, though, which you can see below. 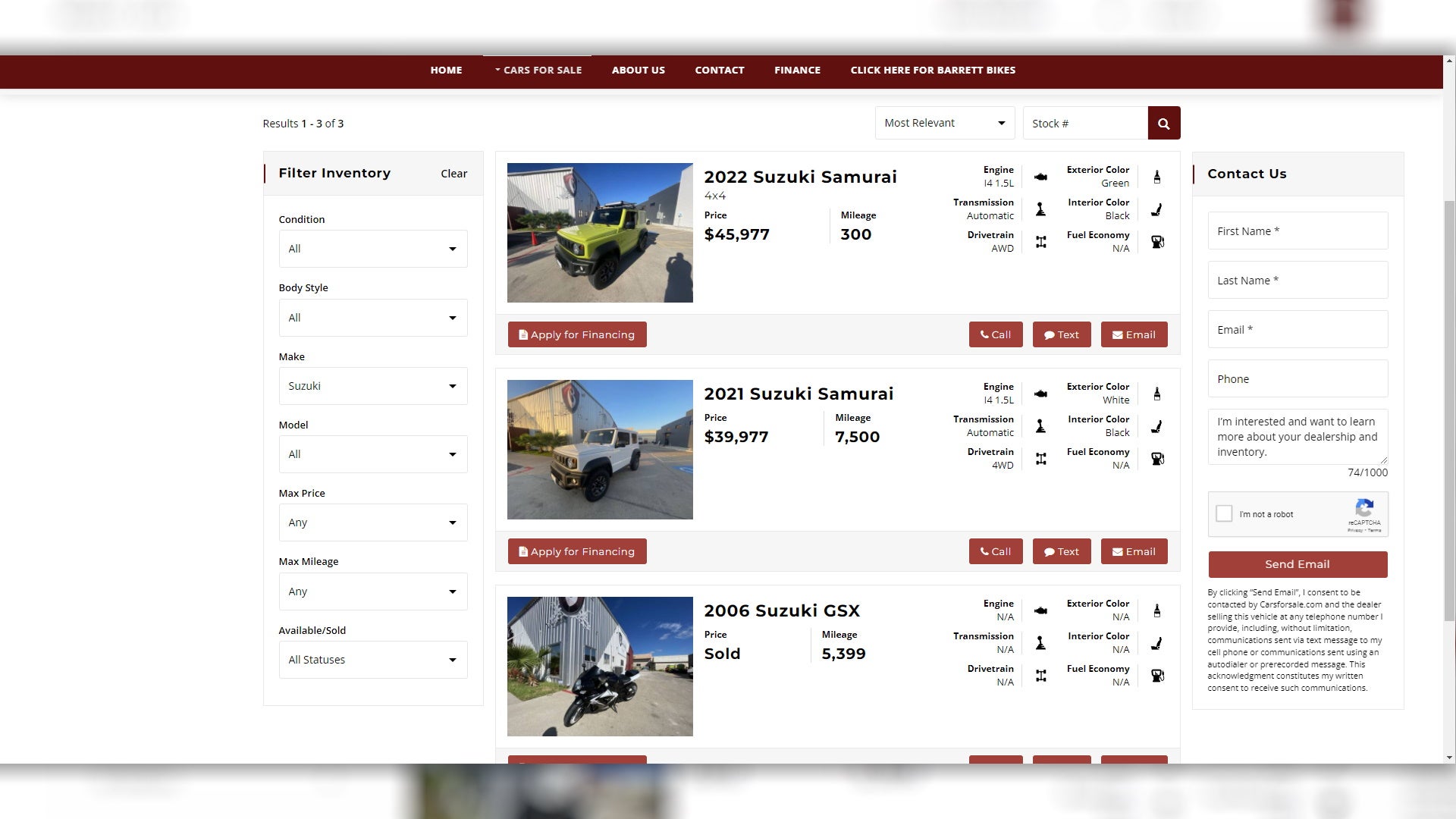 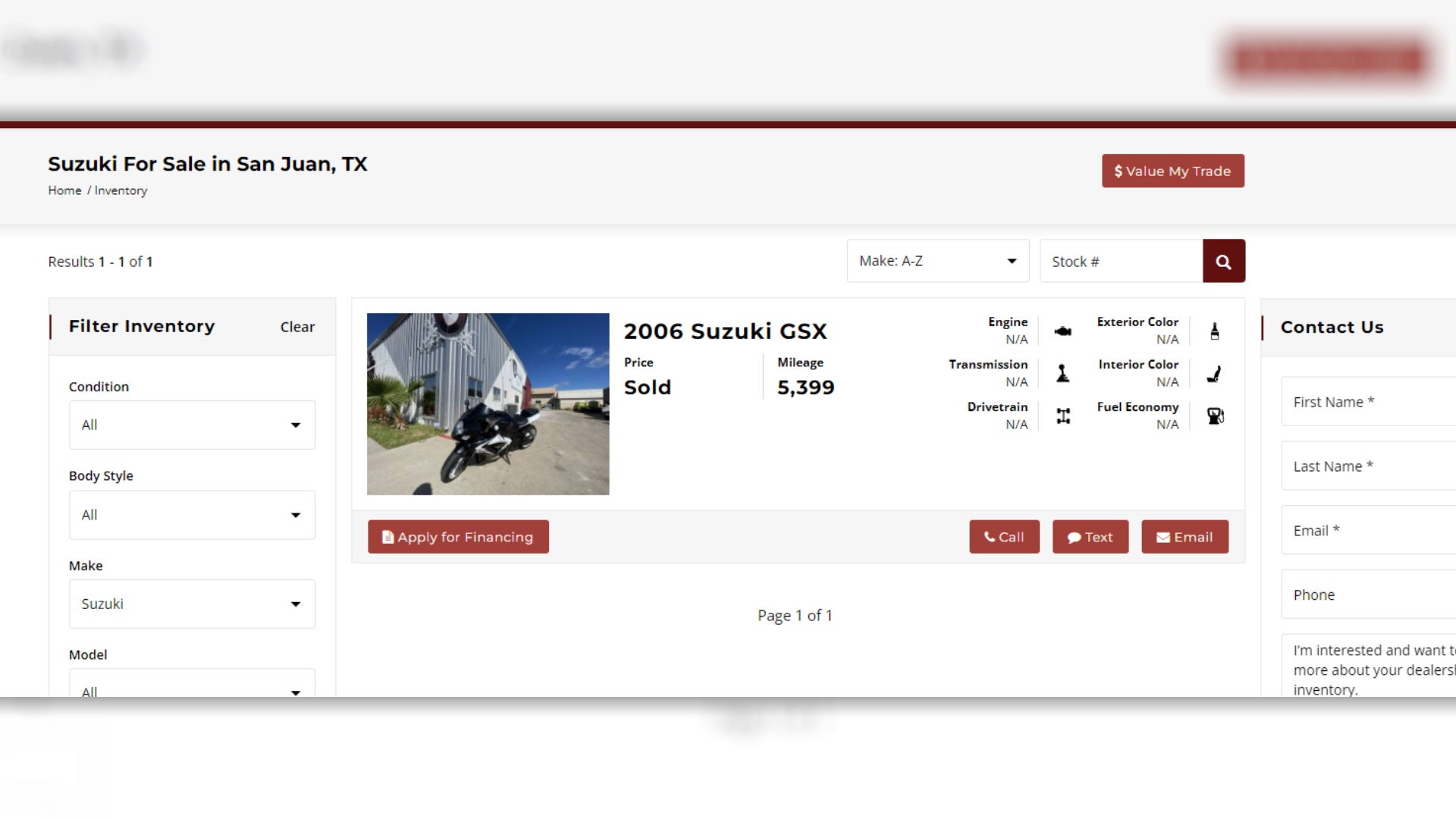 Perhaps they got a little sketched out after gaining attention for two vehicles that aren’t really legal to drive on our roads. Either way, they’re not on the site at the time of publishing this story.

After that, I called Iconic Motors again. A different person picked up, so I explained who I was, what I wanted, etc. The phone was then handed off to another employee. He reiterated the fact that the truck had already sold, but he had a little more to say. As we talked, he reiterated that Iconic Motors bought the truck in Mexico, though he added, “They’re a very popular truck outside the United States, so we figured we would sell one here.” That’s… as good a reason as any, I thought.

I felt like I was on a roll, so I asked what the deal with the title was. “It has an Oklahoma title,” he said. When I asked how you’d go about tagging it, he said, “Just go register it.” Right, of course.

That particular Jimny is actually still up on the dealer’s website as of publishing despite allegedly being sold. I also archived the link so it’s saved forever if you’re curious. Originally, the sticker price was $45,000—similar to the other two at Barrett Auto Gallery.

If you actually wanted to buy a Jimny here, it is technically possible. Step one is, when you call to ask about it, don’t say you’re a journalist. Step two is to only use it off-road once you purchase it. If you drive it on public roads, you could be in serious trouble. There are, however, all sorts of ways you could go depending on your state government. Who knows, maybe you could get the thing at least somewhat legal on American highways, like what was done with the Amarok. That being said, I’m obviously not responsible for any sort of Jimny-related shenanigans you get into. The bottom line is the federal government doesn’t like these things, and buying one is always going to be risky. Let’s hope you have an easier time getting some information about them than me.