Much of the state of Florida outside of the sandy beaches and tropical Keys is, in fact, a humid swamp. A lot of this swamp sits inside Everglades National Park, and it’s very difficult to do just about anything in it. Fan boats are a good way to get around, but what if you want to use wheels? Americans love wheels, we love cars, so of course, we made V8-powered swamp cars.

These so-called swamp buggies are some of the most unorthodox vehicles on the planet. There are several varieties; however, the wildest of them all features four massive narrow wheels and parts that look more boat-derived than anything else. They turn gasoline into forward motion, noise, and more spray than any other vehicle I’ve ever seen. They are, in fact, the sort of vehicle that could only exist in Florida. 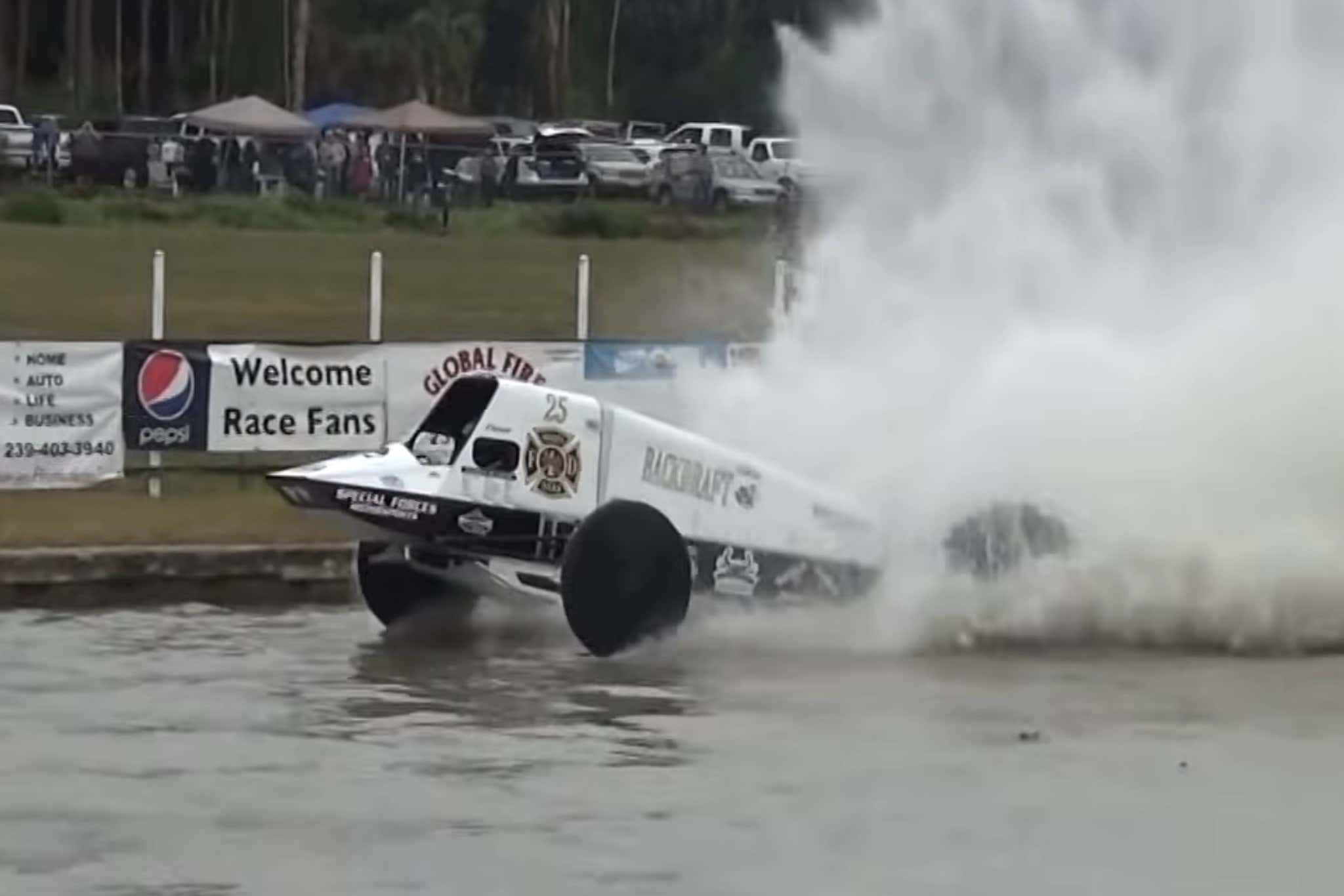 Swamp buggies aren’t just tooled around the Everglades to scare the local alligators, though. The strange-looking cars are raced at Florida Sports Park’s waterlogged circuit in Naples, which was purpose-built for swamp buggy racing. The motorsport is actually a local tradition that’s been going on since 1949, and it’s only gotten more extreme since its inception.

These unusual vehicles are called the “Pro-Mod” cars, although there are several varieties of swamp buggies out there. Along the course, which features water from 18-inches to five feet deep, they can reach 70 to 80 miles per hour, powered along by pushrod V8 engines approaching 1,000 horsepower.

The back wheels are designed to paddle through the water and grip the muddy surface below, while the narrow front wheels seem to act as rudders in addition to supporting the vehicle’s weight. Mounted inboard of the front wheels are two massive ski-like structures that are almost like very simple hydrofoils, lifting the front end of the vehicle out of the water as speed increases.

These machines are the top fuel dragsters of the swamp buggy world, although, for whatever reason, building and racing these contraptions doesn’t seem to be very widespread. According to a story by ParadiseCoast.com, which seems to cater to potential tourists, these sorts of pro-mod swamp buggies aren’t popular outside of the Sunshine State. In fact, it’s something of a proud Naples tradition.

So If you want to witness one of these high-powered car-boat hybrids tear up the mud, you have to head down south to Florida’s west coast. Just three races a year take place, the dates for which can be found at swampbuggy.com.