Large, continuous displays are becoming more and more of a thing in new vehicles, especially luxury cars. Tesla has led the way in the past, but now the likes of Ford and General Motors are catching up, with the latter unveiling a massive curved OLED on the newest Cadillac Escalade. This year we also met Mercedes’ so-called hyperscreen dashboard in its 56-inch glory. Bigger isn’t always better though. Sure, you can fit more stuff, but that doesn’t mean the interface is any more aesthetically pleasing, creative, or easier to use.

There are some other interesting concepts like the passenger displays found in the Porsche Taycan or the Lucid Air, but to really move the needle on modern automotive interior design, we gotta start adding more screens, not bigger ones. When I say more, I’m not talking about something like staring into the business end of the security office at a government agency. I’m saying better screens in tidier, more thoughtful, more interesting packages. Round screens, long narrow screens, screens mounted in different places for different purposes. Experimentation must be done! 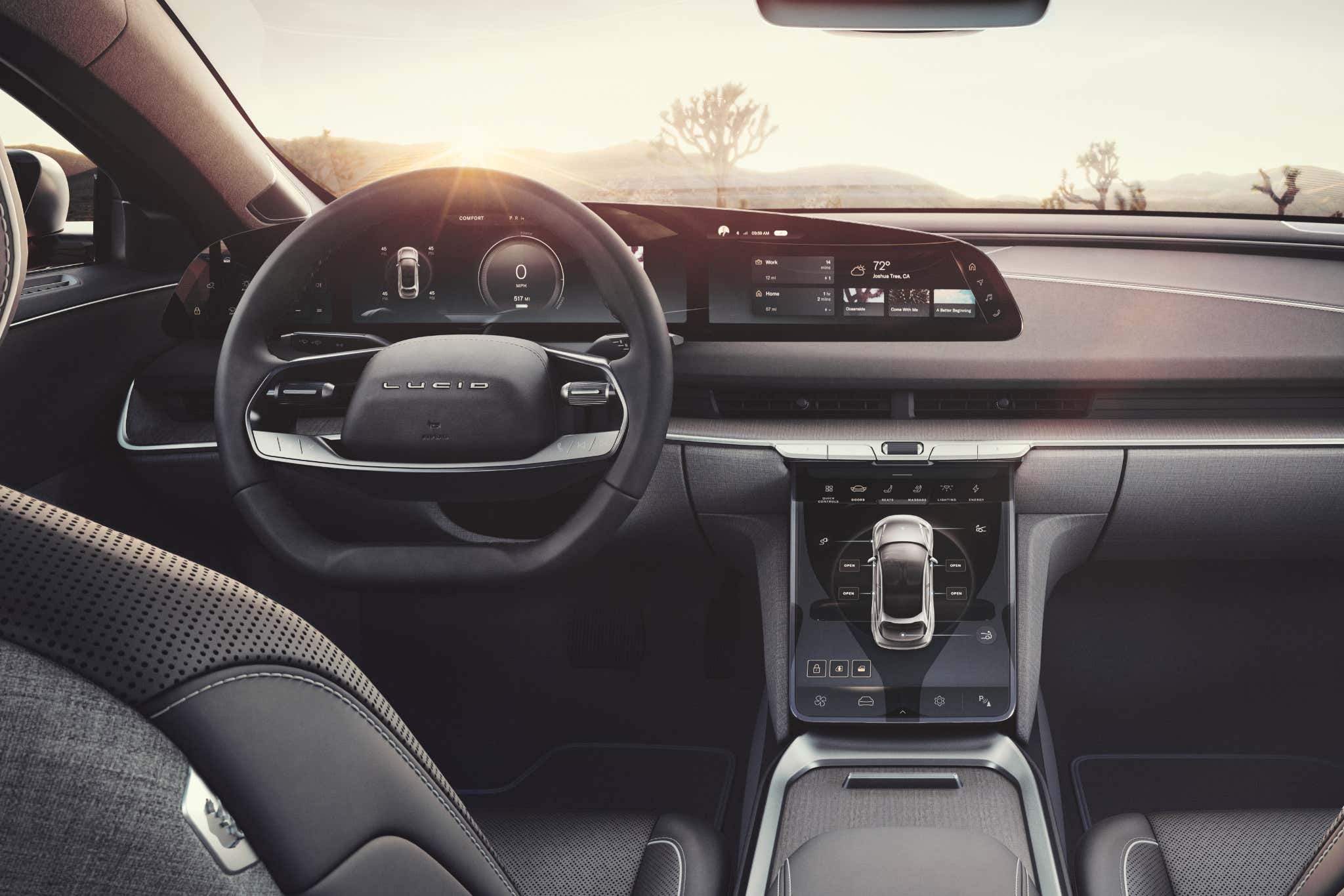 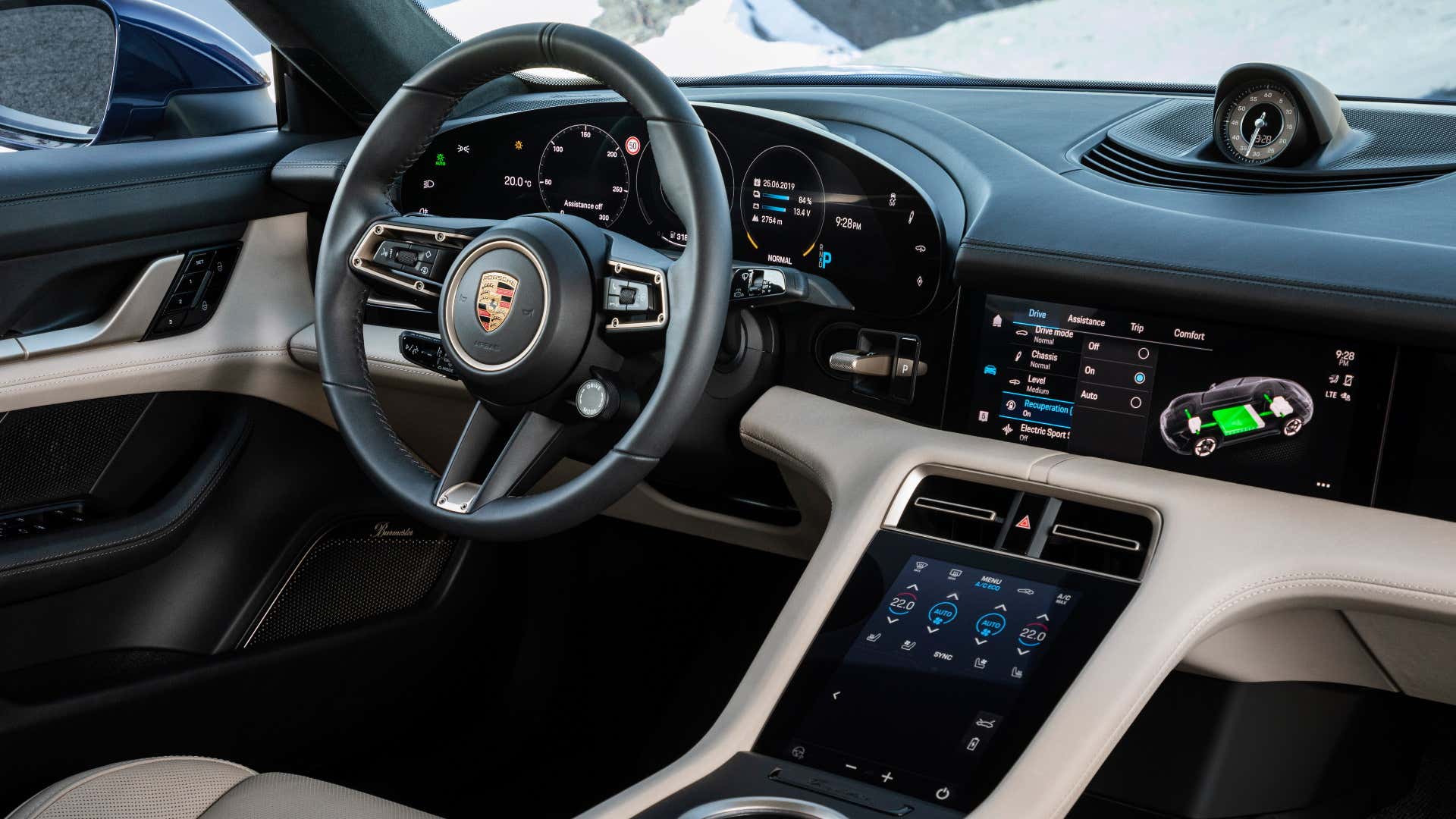 We don’t even have to look far for recipes on how to experiment. We’ve had decades of automotive development to show us where we might display information or interactive controls. The only thing we really have to decide is how to display it.

That’s where the beauty of the screen comes in. How about replacing a bank of analog dash-mounted gauges with a slew of tiny, round, reconfigurable digital displays? Forget the turbo speed gauge on the new Z. We all know that has… limited functionality. Plus, analog gauges just read out a digital signal anyway. Give us three round screens that can show whatever we want. We aren’t in the days of low-resolution pixelated displays anymore. 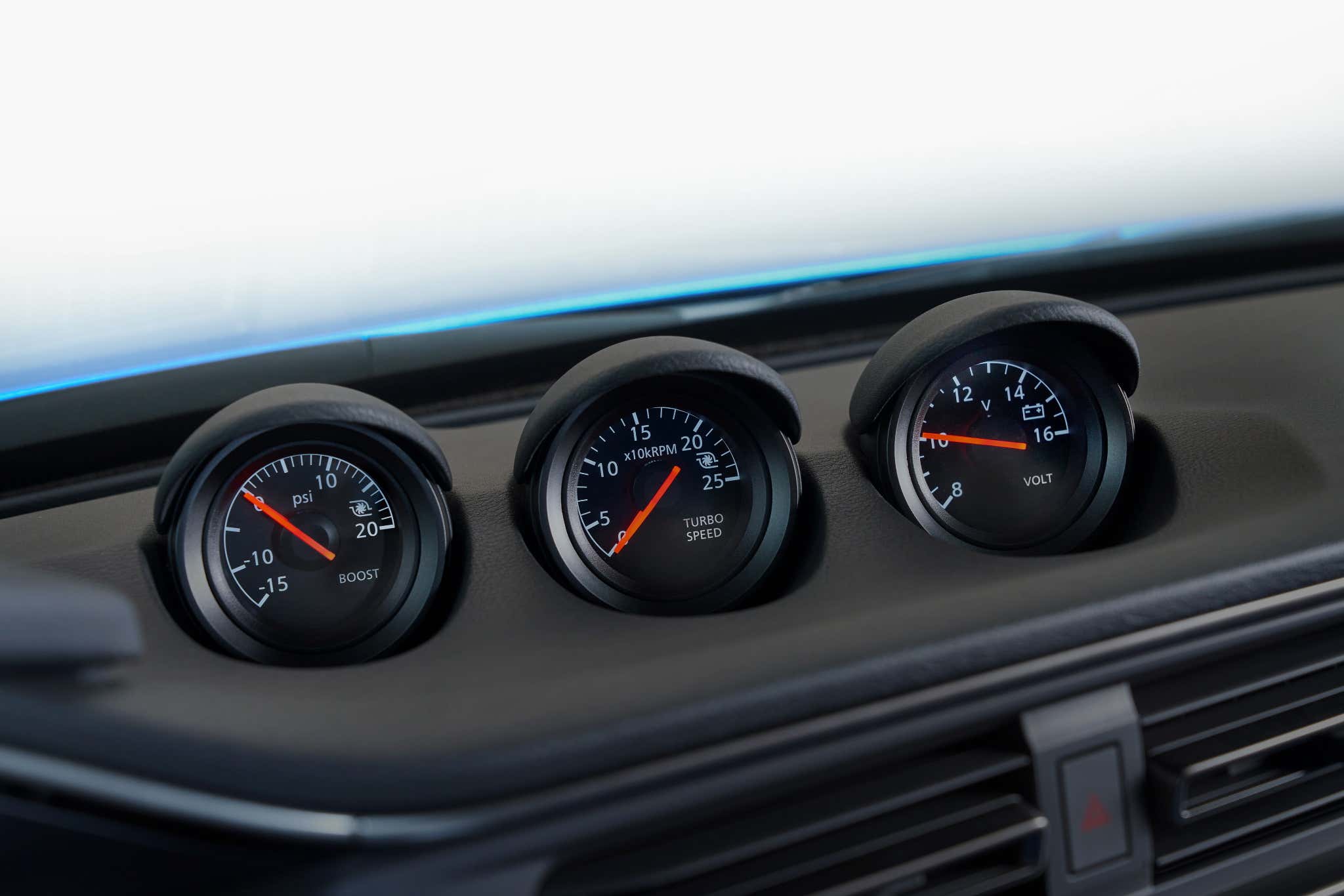 The Mustang Mach-E’s digital “gauge” cluster set in front of the driver makes me think as well. As do the locations of other controls/information displays in conventional cars. We should be putting small displays with unusual shapes in places where we’ve seen controls or displays before.

A classic problem a tiny screen could solve would be the location of electric seat controls. If you put them on the door you have to look at a mostly unused control all the time. If you put them on the seat, they’re difficult to identify without assistance. Instead of these half-baked solutions, just put a touchscreen on the door. It can turn completely off when you’re not using it and blend into the background. When you are using it, it can display all the controls clearly as ever. 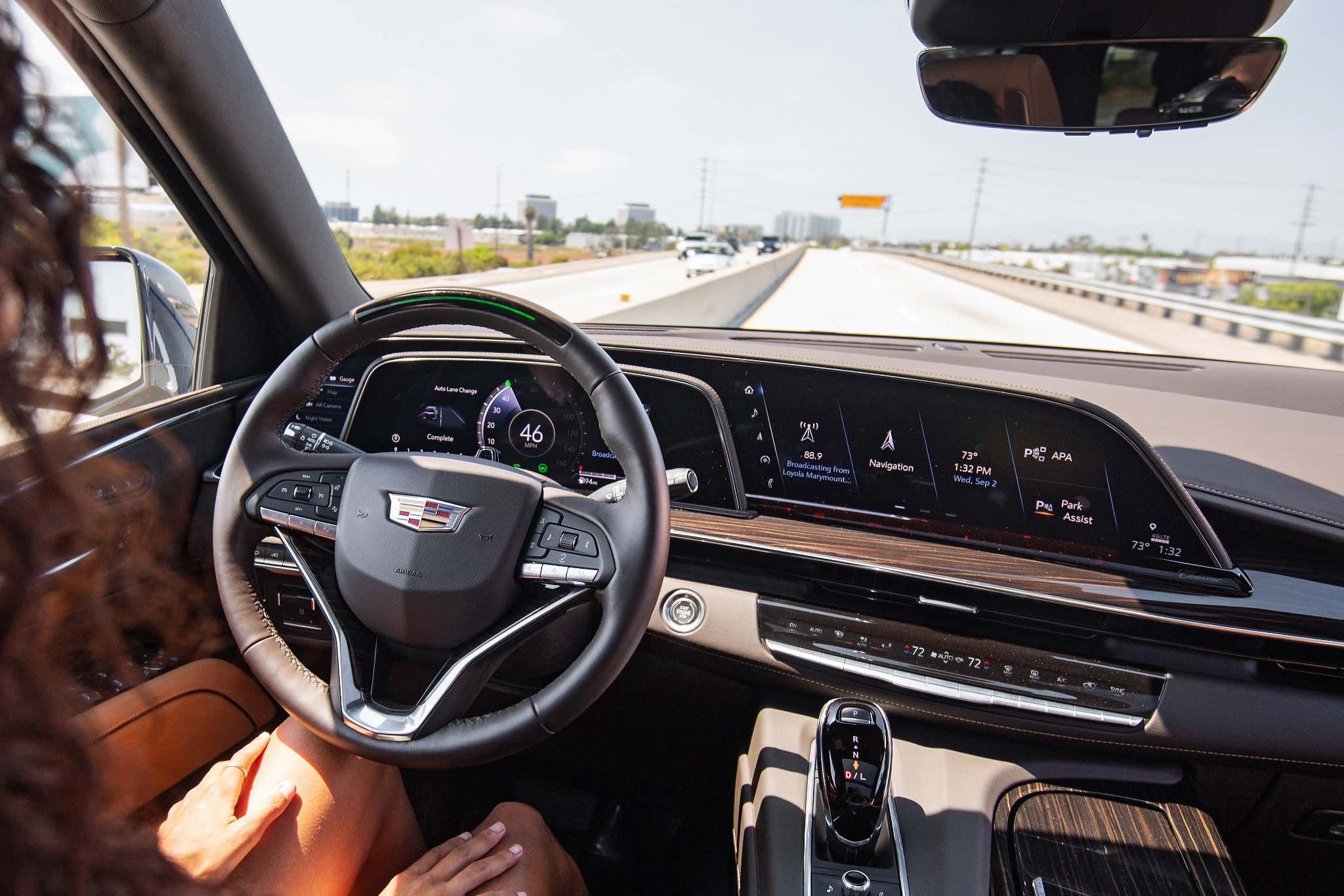 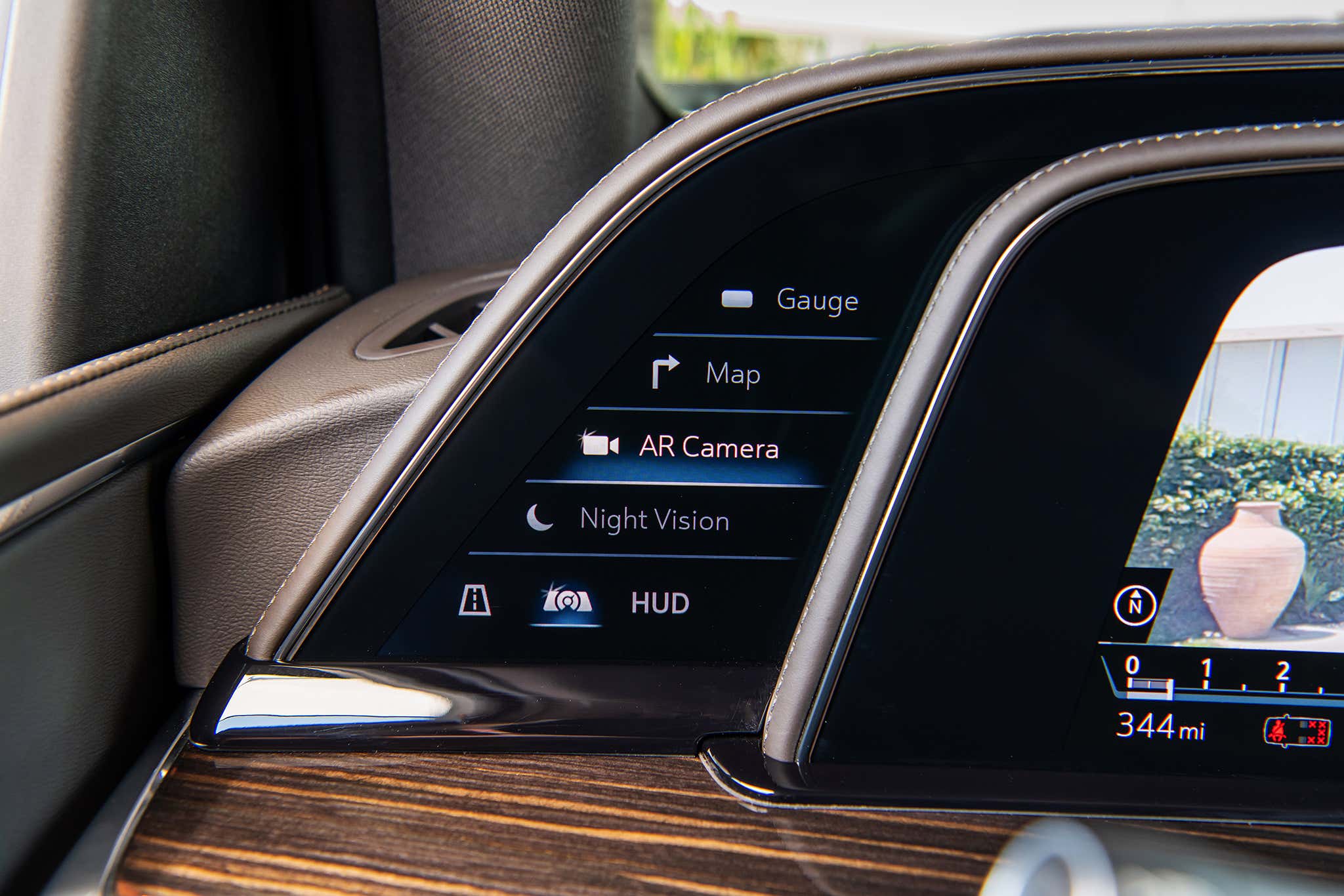 The Cadillac Escalade is one of the best cars I’ve experienced in the small screen game. Its 38-inch curved setup is actually three separate OLED displays, one of which is a “driver control” touch panel to the left of the gauge cluster. Its official size is 7.2 inches, but because it’s shaped more like a parallelogram it feels more compact than that, unusually small in the context of that truck’s giant proportions. It’s used to display and reset the trip computer, change the appearance of the gauge cluster display, activate the optional night vision camera, adjust the position of the heads-up display, and more. And it’s a delight to operate. Were all those functions buried in the central driver’s display and accessible only through steering wheel controls, all that stuff would be a far more cumbersome experience. There’s a straightforward logic to it that gets lost when you try to run everything through just one or two big displays.

The Escalade’s tiny screen is really just the tip of the iceberg. We could have digital A-pillar gauges, multi-pod instrument clusters with overlapping screens. In the age of flexible paper-thin displays with ever-growing resolutions, the sky is the limit. We’re in the malaise era of interior screens right now. It’s not hip to be square anymore—it never was.