Another high-horsepower diesel pickup has exploded at the Ultimate Callout Challenge. Oh wait, sorry—the same truck has exploded, twice, after its engine was replaced just hours before putting on a show for the crowd on the dyno.

And put on a show it did. The big-number dyno run ended in a fireball after tuning shop Power Driven Diesel went for a record to push 3,000 horsepower in its Dodge Cummins pickup nicknamed “The Godfather.” 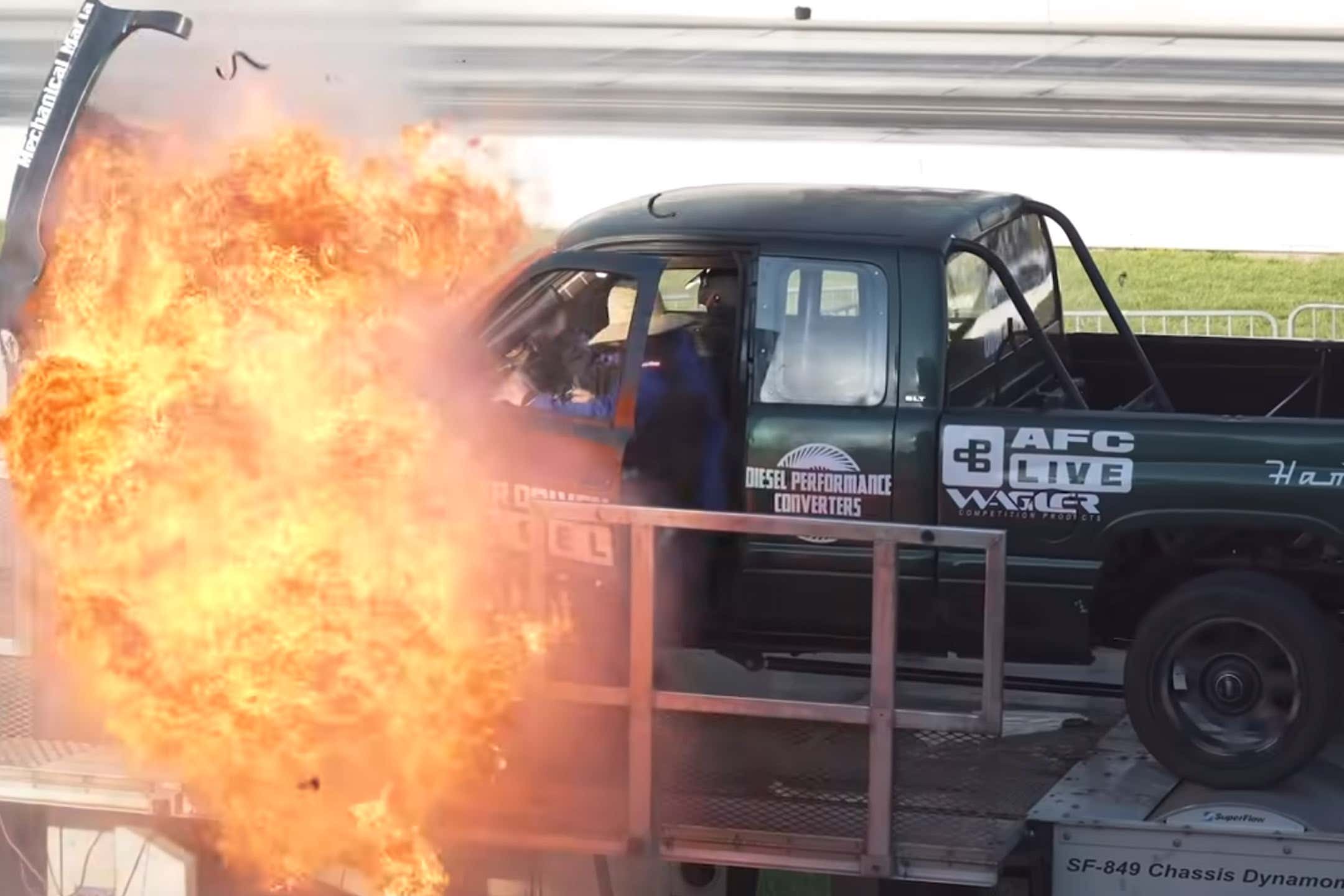 Power Driven Diesel took its then-2,700-horsepower Ram to the 2021 Ultimate Callout Challenge at Lucas Oil Raceway just outside of Indianapolis. The event is aimed at being a diesel fan’s dream, with three days of performance-oriented action at the center of attendees’ attention. Needless to say, The Godfather was the shop’s main attraction.

During a run on the drag strip, the truck blew its engine when it nudged 150 miles per hour in the quarter-mile. At the time, the diesel had revved to an extremely high 8,000 rpm and was pushing approximately 250 pounds of boost. This recipe caused the engine’s valves to tulip, resulting in failed camshaft lifters which required the inline-six to be pulled. Fortunately, a second engine had been prepared for the event. Two hours before the dyno run, the team had it in the truck and ready to rock.

The ultimate goal was to hit 3,000 horsepower during the dyno run. The truck had already proven its ability in-house to hit 2,700 horsepower, so they added a 100 shot of nitrous to seal the deal. 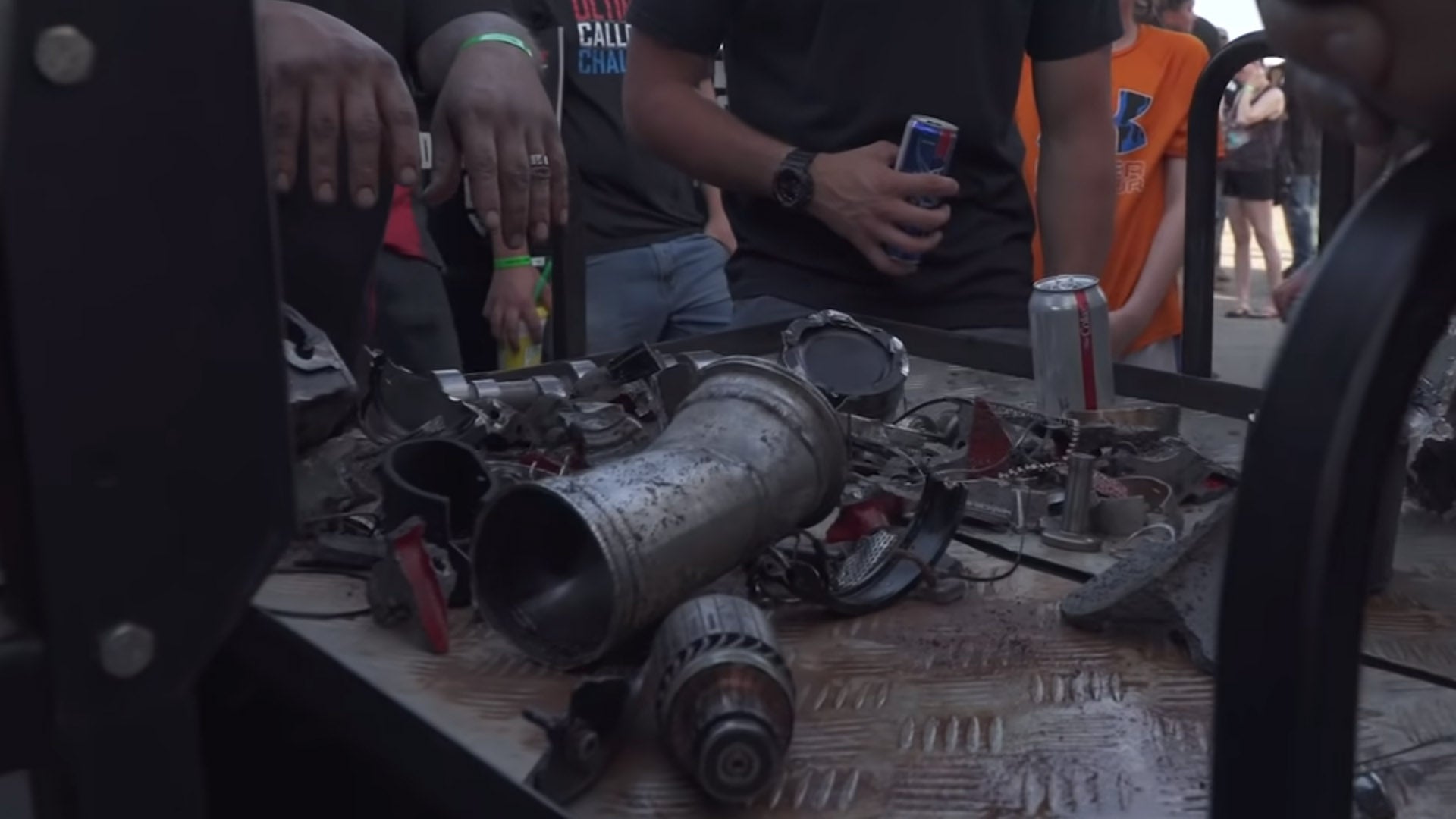 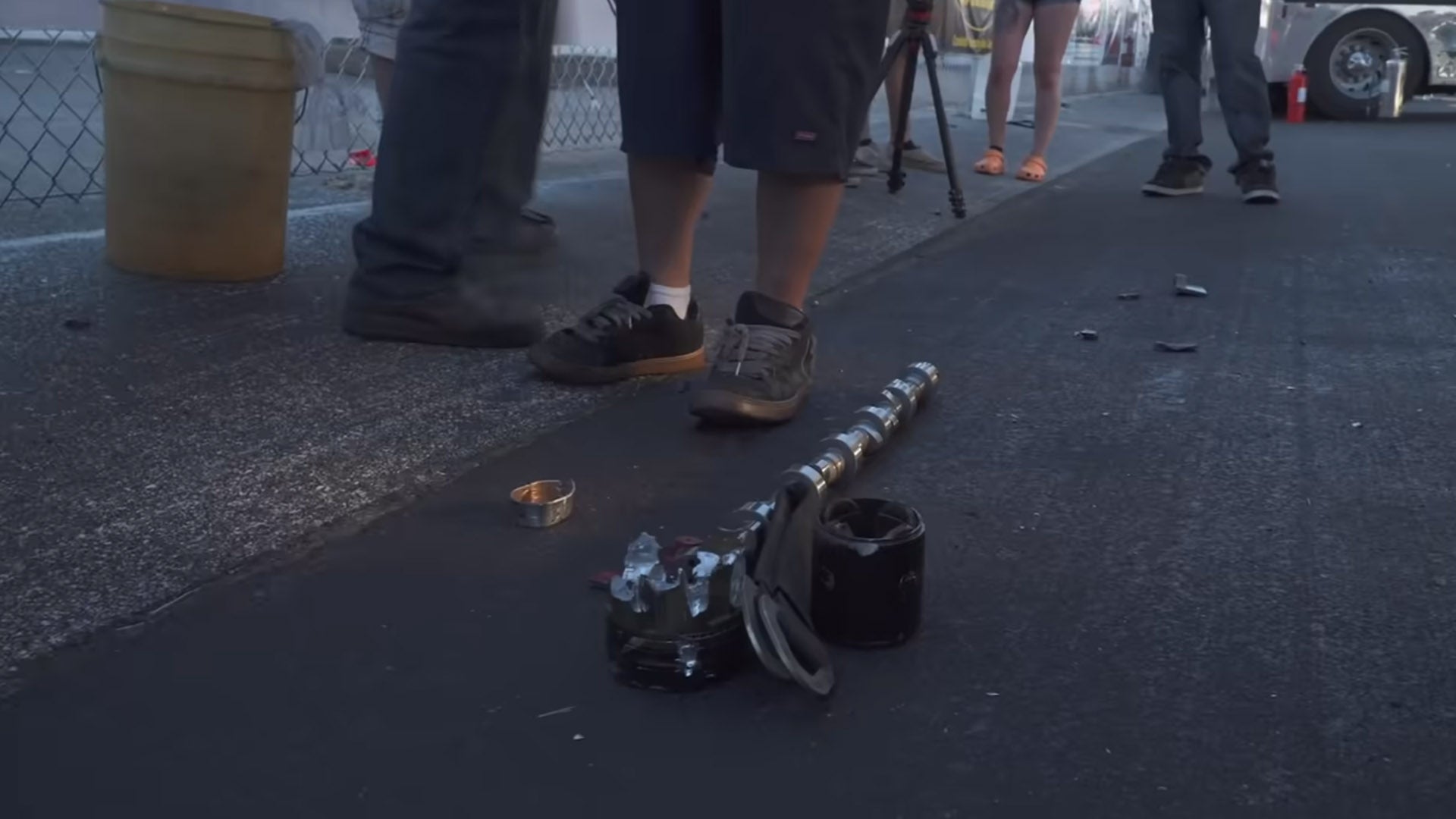 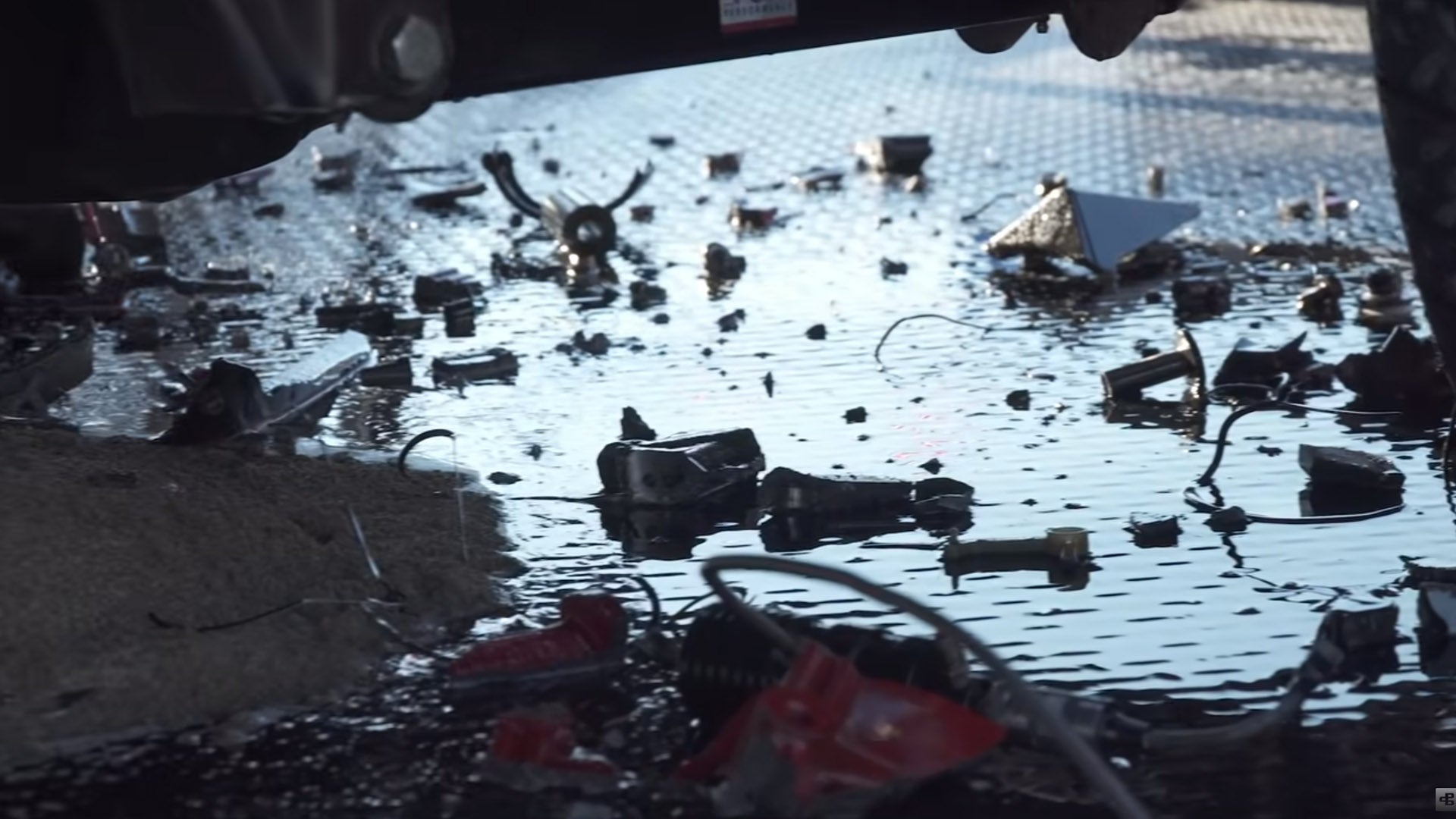 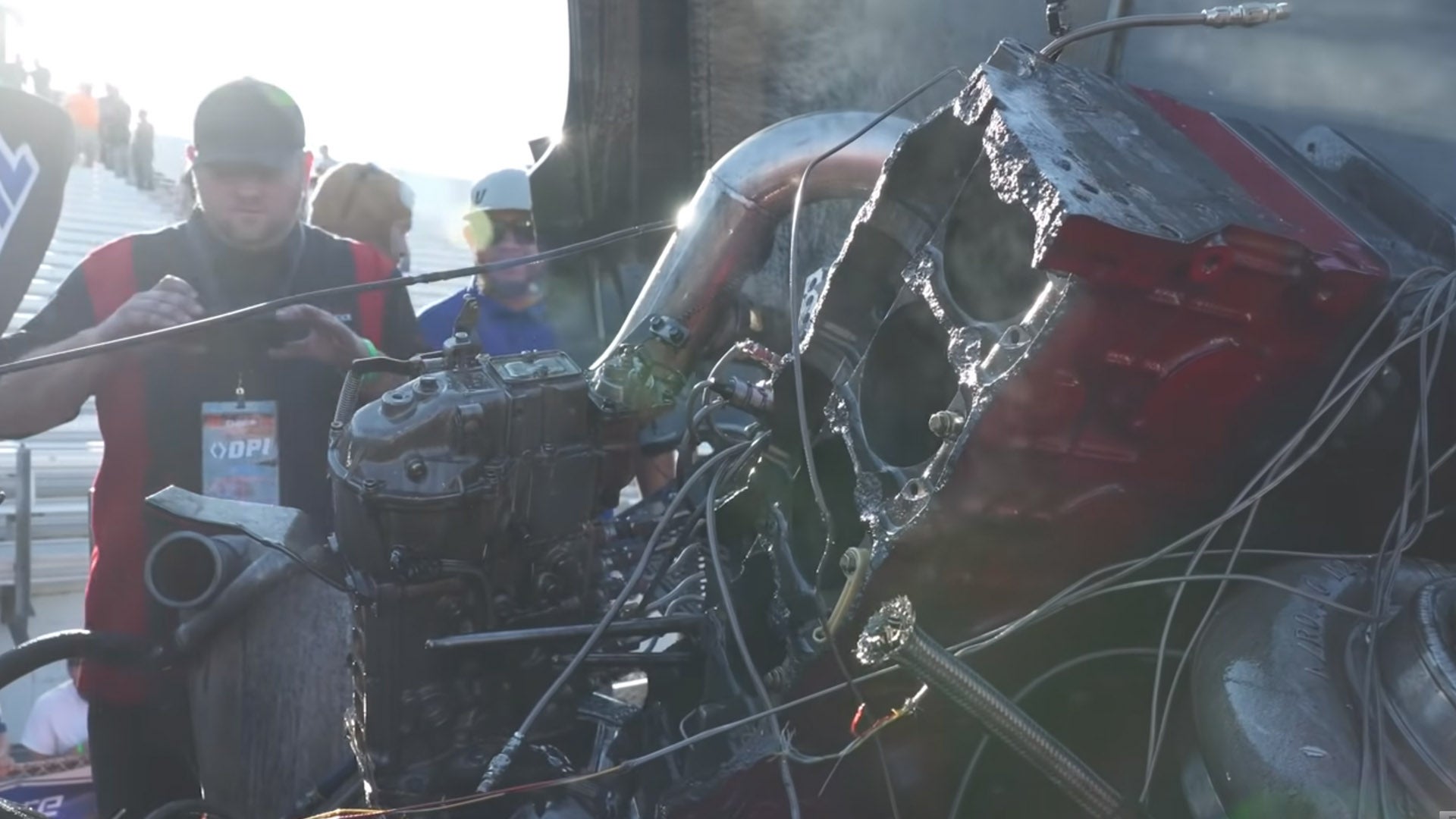 That didn’t happen. Instead, a spectacular fireball erupted at the front of the the truck. The engine exploded and shot parts into the crowd, even ejecting a piston and sending it through the “P” of the Indianapolis sign above the grandstands.

The dyno operator hopped from the stand and the man behind the wheel from Power Driven Diesel stayed safely within the cab to avoid any flying parts. Thankfully, nobody on the dyno or in the crowd was hurt.

Later that day, the team made a quick video acknowledging the failure and gave a brief rundown of the events to fans. They also supplied a bit of additional footage, including a view inside the truck, to show just how spectacular the engine failure was.

Meanwhile, the team from Power Driven Diesel was being good sports about the entire ordeal. Someone from the crowd picked up the stray pistol with their multitool and shouted down to tell the team about his new door prize. The shop even offered to sign any truck parts that may have flown into the bleachers.

As for the record of 3,000 horsepower? There’s always next year.