Much of what charmed the public about Volkswagen’s new electric vehicles are their neoclassic designs, best exemplified by the ID Buggy and ID Buzz concepts. But like the ill-fated, amphibian-looking ID Buggy, the original ID Buzz concept’s previously shown styling probably won’t reach production. This we have learned from footage of a near-finalized prototype taken in the Alps.

Spotted by YouTube channel CarSpyMedia, this ID Buzz test mule bears only a loose resemblance to the concept that made us fall in love with the reimagined microbus. Its bumper is more pronounced than the concept’s, giving the impression of a big underbite, and its headlights are of a more contemporary VW design than the fantastical LED strips we first saw. These are understandable changes, and would be fully forgivable had VW not compromised the ID Buzz’s characteristic slab-sided fascia with a fake grille. As a look goes, it works about as well as a trilby does with cargo shorts and a Legend of Zelda tee. 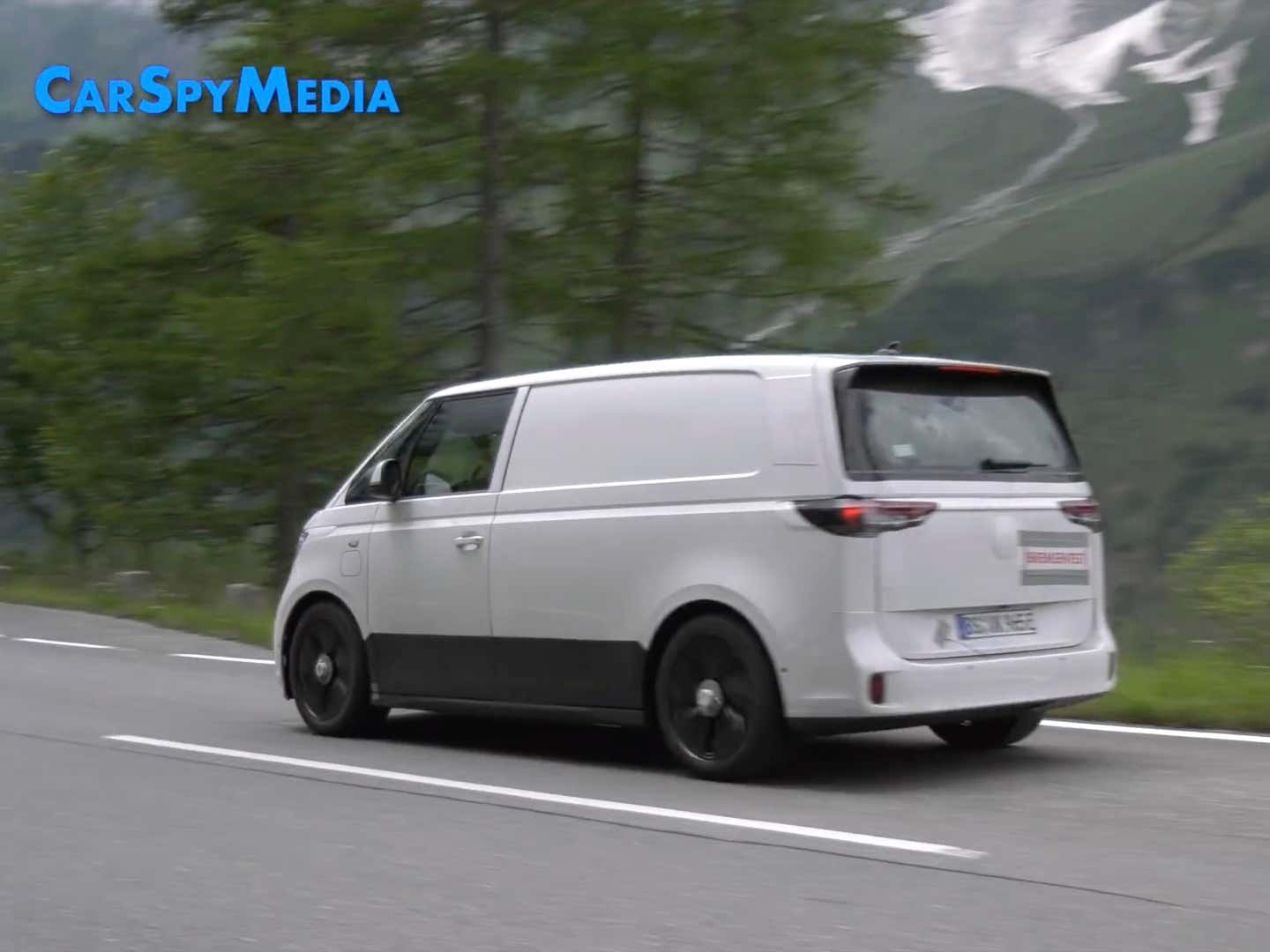 Volkswagen ID.Buzz prototype in the Alps

Further examination reveals this test mule has one door on its driver’s side, two on the passenger’s, and blanked-out rear windows, affirming that VW is advancing the panel van concept it displayed in 2018. Similar to the passenger variant, this will reportedly be available with a single, rear-axle motor or twins for all-wheel drive, and pull power from either 82- or 111-kilowatt-hour batteries. In the 2021 VW ID.4, the former two return more than 200 miles of range, but have consistently fallen short of the potential 250 advertised by VW.

Between the ID Buzz’s compromised design, and the somewhat underwhelming performance from VW’s MEB EV platform so far, it’s hard not to feel one’s enthusiasm for this electric van fizzle a little. That’s not to say it won’t be exciting to give it a try when it’s slated to hit the U.S. in 2023, but the sense of romance is no longer as strong, and that should be a concern for an automaker that’s staking its U.S. market comeback on EVs like this.