The answer to everything? Haters gonna hate but the original MX-5 designer reckoned he had it before the car even left the drawing board 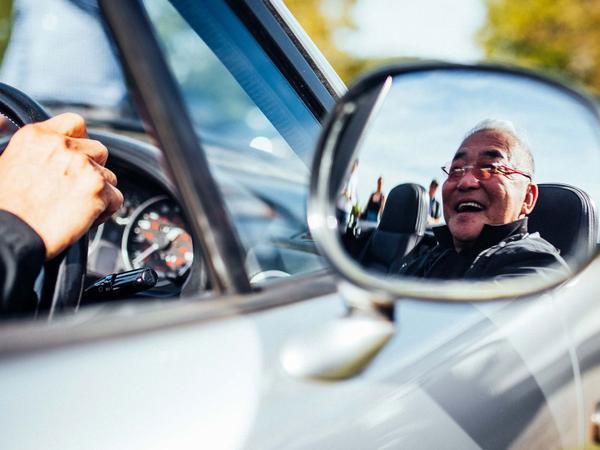 If there’s an evangelical element to MX-5 fanboyism, it was baked into the concept from the start, thanks in no small part to the passion of its design figurehead Tom Matano. This went as far as imagining a mythical town called ‘Miataville’, open only to those accepting of noisy exhausts and tyre squeal and whose residents would live in houses adjoining a purpose-built circuit around which they would enjoy daily time trials and races.

Even to a fully paid-up, “answer to everything” advocate it all sounds a bit kooky, conjuring images of massed Mazdas respectfully raising and lowering their lights in Miataville’s town square, owners chanting ‘Jinba Ittai, Jinba Ittai’ in hushed reverence. Of course, Miataville never came to pass. And Matano is no sinister cult leader.

Thirty years on from the NA MX-5’s unveiling he is, however, enjoying the fact pretty much everything else he imagined has come true. And taking the opportunity to travel the world, meet the fans and enjoy recognition for his part in the car’s story. At the invitation of the MX-5 Owners Club he joined their recent 30th anniversary celebration at Gaydon as guest of honour, our chance to meet him coming a day before at a smaller bash at Caffeine & Machine. 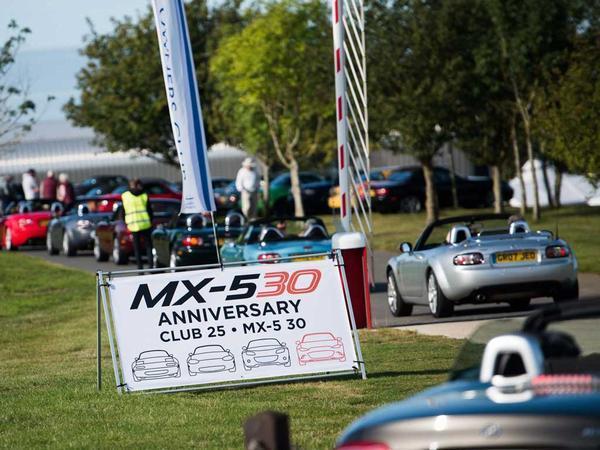 For those not already up to speed on the back story here’s a single-paragraph history lesson to set the context. It started when Matano’s long-time pal Bob Hall sketched an outline for rear-driven roadster for Mazda R&D boss Kenichi Yamamoto in the late 70s. Long story short, Hall got hired by Mazda’s Californian design studio, was given a green light to explore his LWS (light weight sportscar) idea and set about recruiting a gang of like-minded car nuts. These included Mark Jordan, son of GM design legend Chuck Jordan, engineer Norman Garrett, Matano and various others. Yamamoto’s promotion to Mazda’s top job and belief “this car has the aura of a culture” meant sympathetic oversight back in Hiroshima, the portrayal of a gang of geeks given free rein to create a modern homage to the classic Alfa Romeo Spiders, MGBs and Lotus Elans they all owned more or less accurate. Put like that, you’d be pretty chuffed with yourself if 30 years on people were still banging on about it.

Car designers are invariably interesting folk to chat with, given communicating (or, rather, selling) their ideas is as important as being handy with a marker pen. Typically, it’s still just a job, and they move quickly from one project – or manufacturer – to another. But before the MX-5 had even been signed off Matano had a fastidiously detailed long-term strategy for further generations, support networks of clubs and forums and the need to keep owners inspired through accessories and upgrades long after the usual transactional moment of selling the car had passed. Along with the rest of the team, he recognised the LWS as a one-off opportunity to preserve the concept of affordable, open-top sports cars for generations of drivers to come.

But there were challenges. Like the fact he was considered ‘too Japanese’ to head up Mazda’s American design studio. “Bob said ‘I pitched it as your English is better than your Japanese, so when you go for the interview make sure you speak funny Japanese!'” laughs Tom. “As soon as I met the project boss Mr Fukuda I knew this isn’t going to work, but thankfully we hit it off and that’s how I got the Mazda job.” 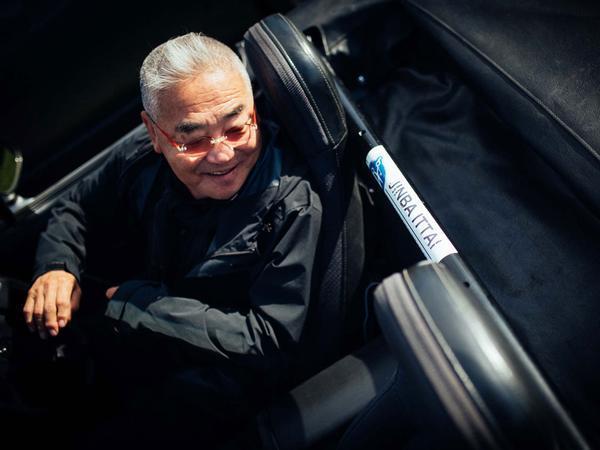 It was all in the timing too. “If I hadn’t met Bob at the LA Auto Show 10 years earlier this would never have happened,” he reflects. “If we waited a year later to present the LWS we would have missed the opportunity.” Good fortune seemed to follow the project, the newly appointed project boss Toshihiko Hirai confiding to Matano he knew nothing of sports cars but the project was do or die for his career. “That was perfect,” recalls Tom, “because he gave us a clean sheet of paper and each thing we talked about he tried to get it exactly as we wanted.”

Matano’s desire to inspire a ‘religion’ akin to that enjoyed by Porsche and Ferrari was communicated to his bosses while the car was still only a concept, likewise his idea for ‘software planning’ of fan networks to build a sense of camaraderie among owners. He even imagined early adopters seeking out the cars they’d bought as young adults and restoring them to celebrate their glory years before passing them on to their kids. Which sounds like typical designer hyperbole. But Matano meant it.

“To me it wasn’t a far-fetched dream, I just believed it would be how the scenario unfolded,” says Tom. “Most of the things I talked about pretty much came true, even the restoration programme. I envisaged the life of the car, how you might buy it for your birthday, spend the night looking at it in the garage, how we would expand the idea so we add more colours and accessories, then five years later the new version comes out, then another five years and the third generation. The whole thing was in my head!” 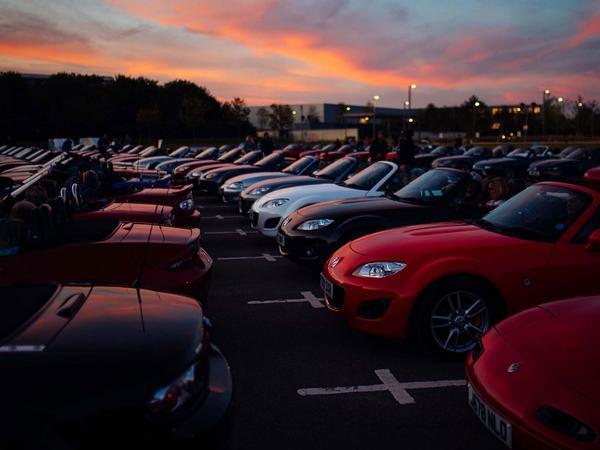 Much of the MX-5’s enduring success comes down to that timeless look created for the NA. So how did Matano achieve it? “We didn’t have a studio to build a model,” recalls Matano, “so I had to occupy a conference room to make full scale cross-sectional drawings for an outside supplier because it was the only room with a table big enough. It was like an old coach-builder’s technique!”

MX-5 detractors mock the original NA for being derivative, playing to outdated stereotypes of Japanese manufacturers defaulting to mimicry rather than original thought. The NA clearly wears much of its inspiration on its sleeve but, with passing time, has created an identity of its own. “If you have your hands on your car – say when you’re waxing it or something like that – and your hand stops and you have to ask which way you wipe the design doesn’t last,” explains Tom. “The hand needs to know where to go – this is the sign the design is timeless and the NA certainly fits that description.”

When he lists his all-time favourite cars it’s clear where his smooth, organic style comes from too, Alfa Romeos like the Giulia TZ, round-tail SZ, Tipo 33 and dinky little Canguro all in his top 10, alongside similarly alongside similarly sensuous designs like the D-Type and Citroen DS. You see this style expressed in the utterly gorgeous FD RX-7, which the Irvine studio also had a hand in. But here comes the rub. If you get a dream job like the MX-5 so early in your career, where do you go from there? “I didn’t want to be saying ‘I used to be at Mazda, I used to design Miatas’ because I would have felt a little awkward,” he reflects. “I knew I had to be in a neutral zone, which is a school.” And that’s what he does now, lecturing in design up the way in San Francisco and zipping about in his own ‘grey hair special’ NA. 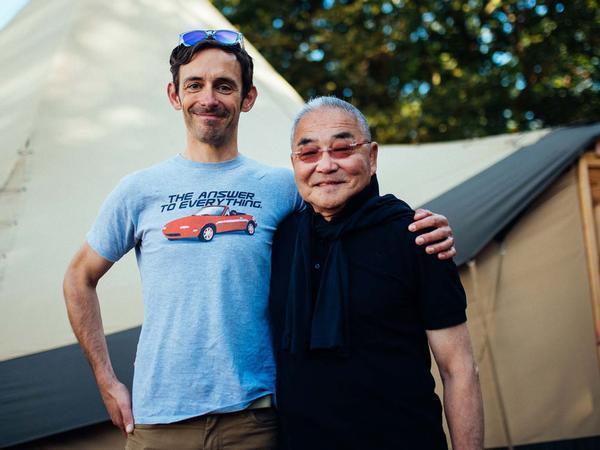 Although his official involvement with the MX-5 ended a while back, he still takes a keen interest in the NA’s legacy, smiling at the suggestion Mazda has come full circle and brought the latest one back to the core values of the original LWS project. “They wouldn’t admit it, but it pretty much is!” he smiles, happy that modern production techniques permit features he wanted for the original but couldn’t see through, including the body-coloured interior trim tying the interior to the exterior and smaller fixed lights honest to his original idea for a simple front-end ‘graphic’. Read that and weep pop-up fans – the now iconic NA look was more an expedient answer to the limitations of 80s lighting technology than distinctive looks.

Those not sold on the whole cutesy MX-5 image and the fundamentalist fervour it inspires will find nothing here to overturn prejudices. But as excesses in power, performance and speed come under greater scrutiny on road and circuit alike, the pendulum is arguably swinging back towards the purist spirit Matano and his friends were so determined to preserve for future generations. The MX-5 didn’t single-handedly save rear-wheel drive, manual gearboxes and revvy naturally-aspirated engines. But, without Matano and his gang of enthusiasts somehow convincing a mainstream manufacturer like Mazda to back their dream, cars of this type would be far fewer and further between. Believer or not, for that alone we can all be truly thankful.

With thanks to the MX5 Owners Club 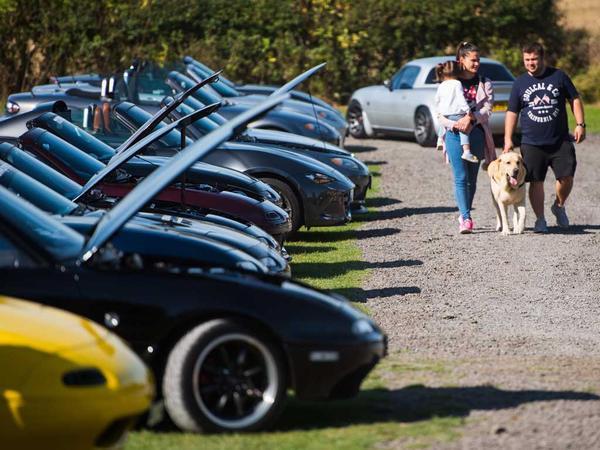 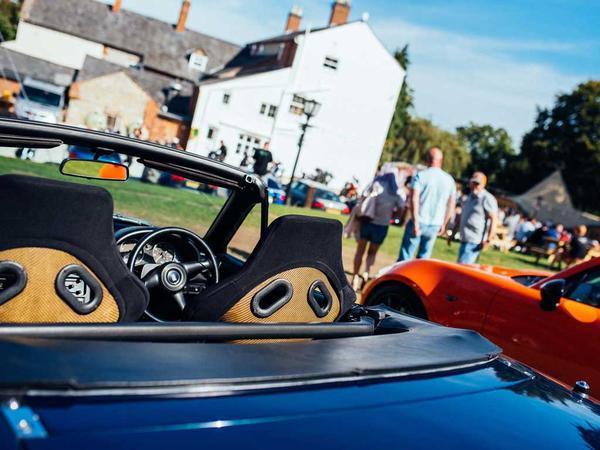 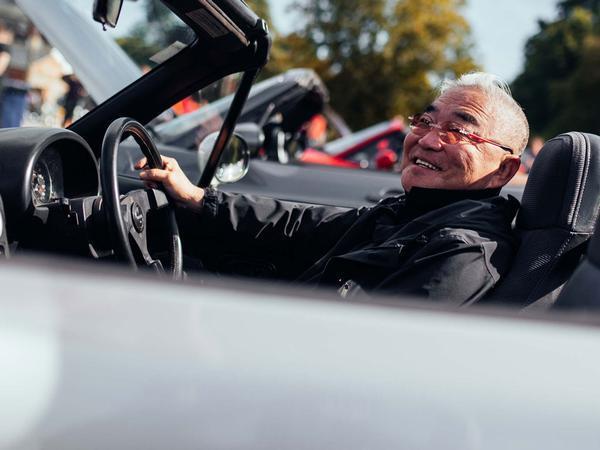 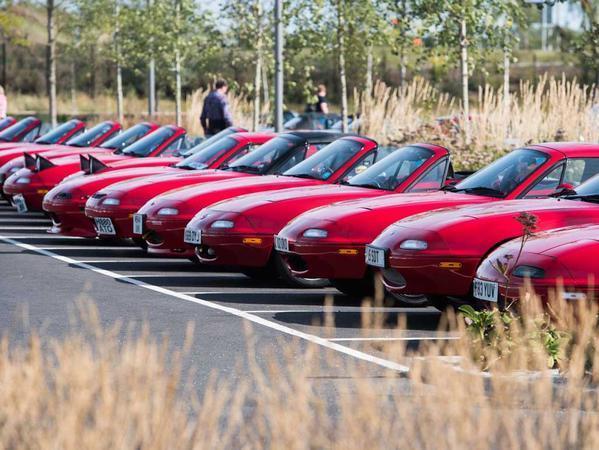 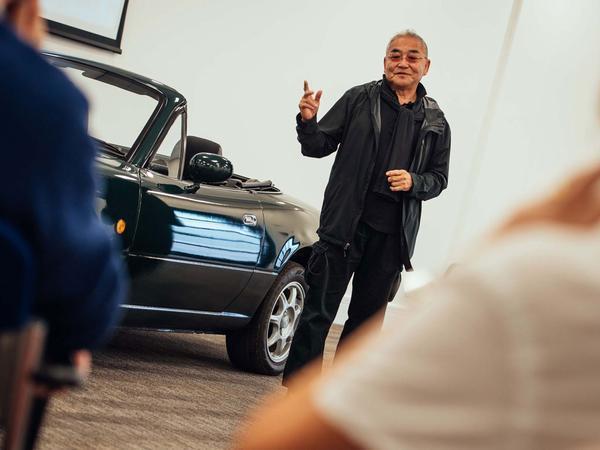 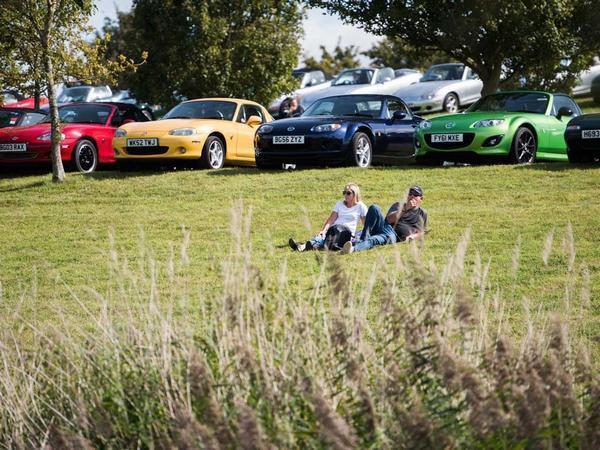