Hydrogen: What is it good for? Getting funding out of the Japanese government, for one. But aside from that, it is an alternative to batteries to store energy for electric powertrains, and one that hasn’t taken off the way some automakers wanted. The problem is, fuel cell stacks are often really large, so they’re best suited to things like a big ol’ BMW X5 than to little, lightweight cars where real estate is inherently smaller.

Well, hold that thought. Toyota, in a partnership with model makers and sponsors of my lockdown spiral into gluing bits of myself to bits of cars Tamiya, has worked with hydrogen specialist Bramble to make a real, working, hydrogen fuel cell-powered, remote-control Mirai. 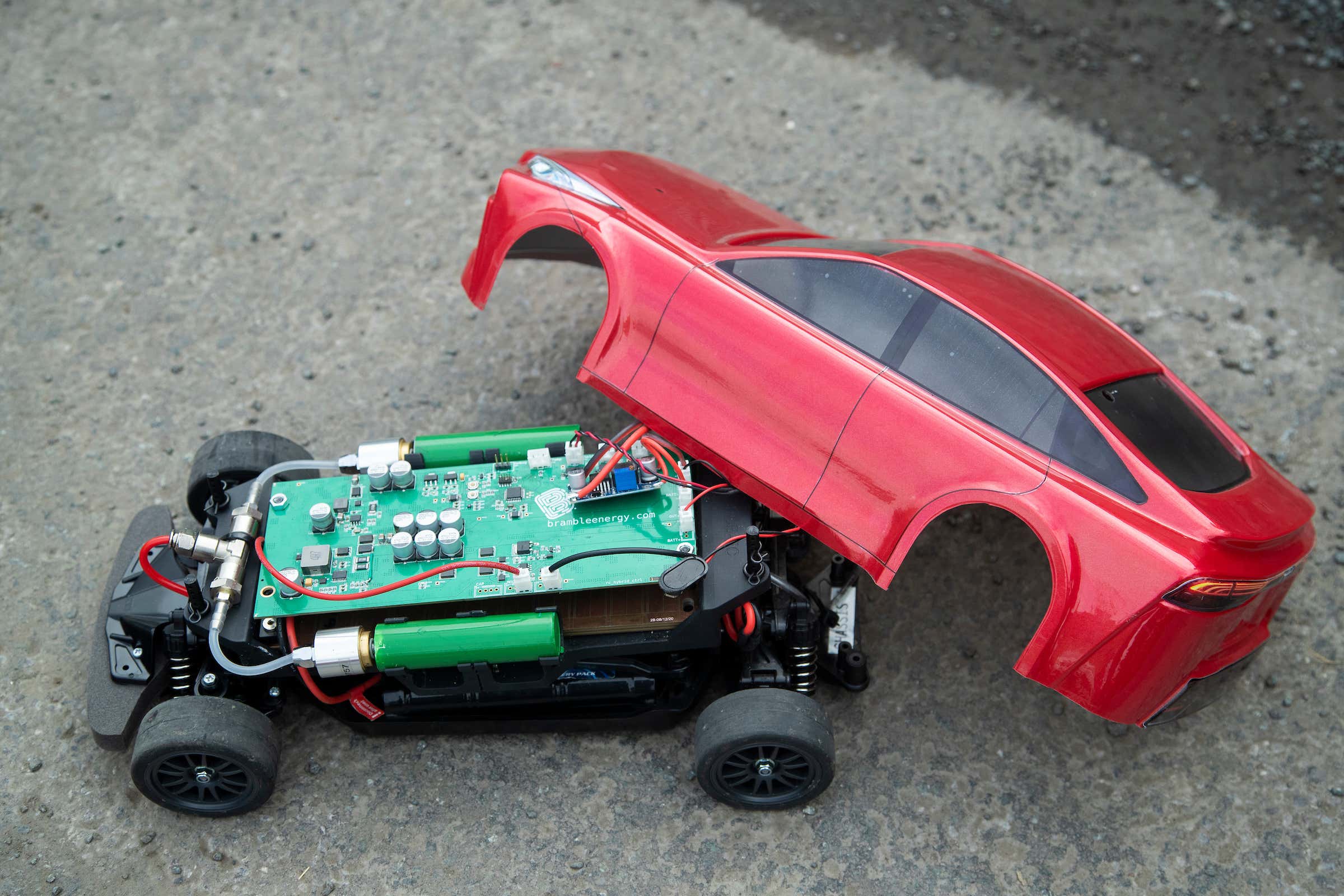 The tiny hydrogen tanks are visible

The conversion was done on an existing Tamiya RC chassis (the TT-02 if you are into tiny cars) and was given its hydrogen fuel cell by Bramble Energy,  a U.K. firm that makes fuel cell stacks from, basically, just outside Gatwick Airport. Bramble made a miniature version of its printed circuit broad fuel cell system, as well as the electronic controls and a system to attach to tiny hydrogen tanks.

In most fuel cell vehicles, the H2 tanks have to be so carefully worked into the car’s chassis, for safety, that they become basically structural. In an RC car, with tiny tanks, that’s less of a concern so the two little green cylinders are actually completely detachable and the way you refuel the tiny Mirai is by switching them out for new little green cylinders.

Once the fuel cell stack was done, they created a mold for a Mirai and painted it in the same proprietary Scarlet Flare as a full-scale Mirai for maximum model village photography fun. The tiny fuel cell stack gives the car about 20 Watts of output, according to Toyota, and apparently, it will run for twice the running time of a conventional, battery-powered RC car. Which, admittedly is entirely dependent on the size of battery you put in it, but at least suggests it’s not a 10-second wonder. 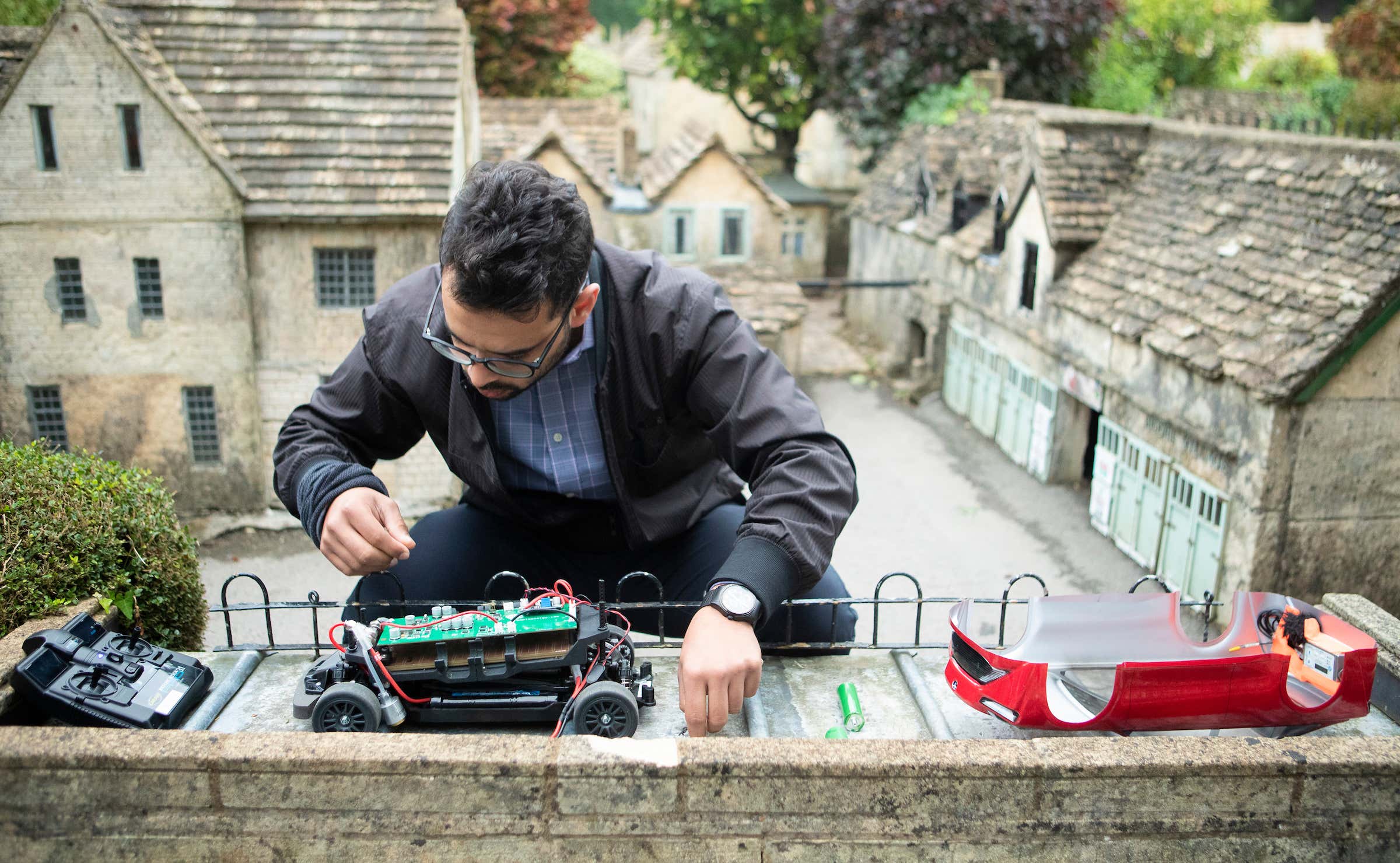 Toyota remains hydrogen’s biggest booster to date, and so it’s no surprise the automaker giant keeps looking for ways to prove the concept. Will this do that? It’s profoundly silly, as a project, and tells us basically nothing except that making tiny, lightweight, low-power fuel cell stacks could be more viable than you might think.

And hey, it had fun and made a neat-looking little car. What’s not to like?

Got a story tip? Mail it to [email protected]