Strange though it may sound to some Americans, nostalgia for the era of the Soviet Union runs strong over in Russia. Independent pollster Levada Center found in a survey that as many as 75 percent of Russians miss the U.S.S.R., many of them reminiscing over the stability and quality of life. The train fanatics among them were no doubt delighted to hear that a part of the Soviet state survives on the rails along the Black Sea, where Russian Railways operates a tourist train with a historic, Soviet-era locomotive and rolling stock, complete with a classic livery and restored interiors.

Christened “Sochi” for the city it stops in along the way (yes, the one where Formula One races), the train runs along the Black Sea between Tuapse, Russia and Gagra, Georgia, along a more than six-hour route. A VL10 heritage unit—a 6,169-horsepower electric locomotive developed in the early ’60s—heads authentic Soviet rolling stock that was refurbished by the Tver Carriage Works, which added modern amenities like air conditioning, power outlets, and wifi, all while retaining the vintage decor according to KXAN 36 News.

The train’s corridors are prettified by period patriotic posters promoting the U.S.S.R.’s athletic and scientific achievements, along with tapestries of resort town landscapes. First-class sleepers (known as “SV” to Russians) are outfitted with reproduction furniture and only the frumpiest of ’70s Eastern Bloc wallpaper, while common areas like coaches and bar cars have retro artifacts such as vintage scales and an old slot machine.

Its onboard store sells Soviet souvenirs such as slippers, pins, and glassware, and the dining car prepares local Russian and Abkhaz specialties (the full menu is online if you can swing with the Cyrilic). Extremely ’70s-looking fare is served by waitstaff in period-appropriate attire, shown in photos to consist of red dresses, lacy white aprons, and a small kokoshnik headdress. Meals also offer an opportunity to read reproduction newspapers, such as reissues of trade paper Gudok from 1980. 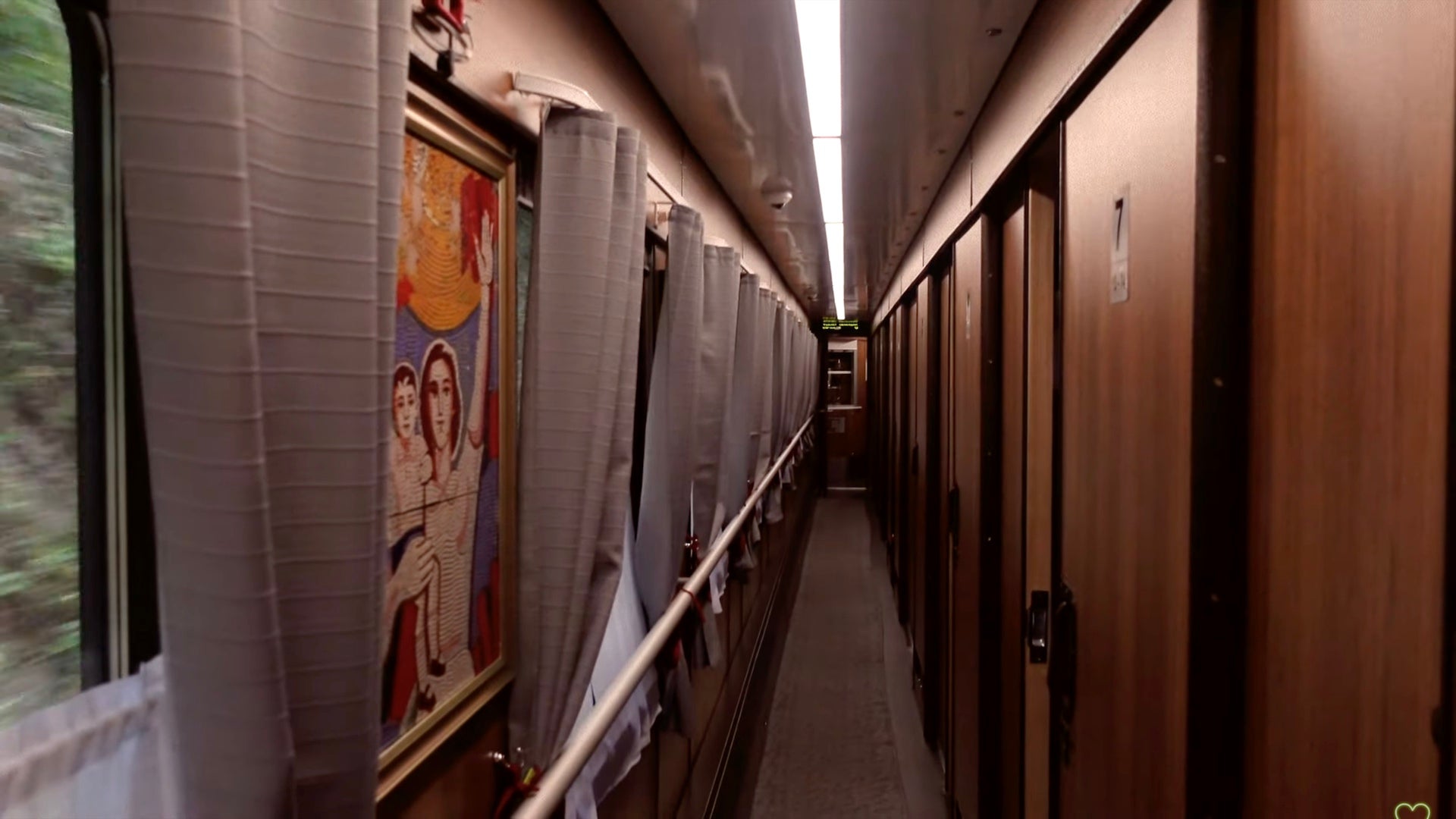 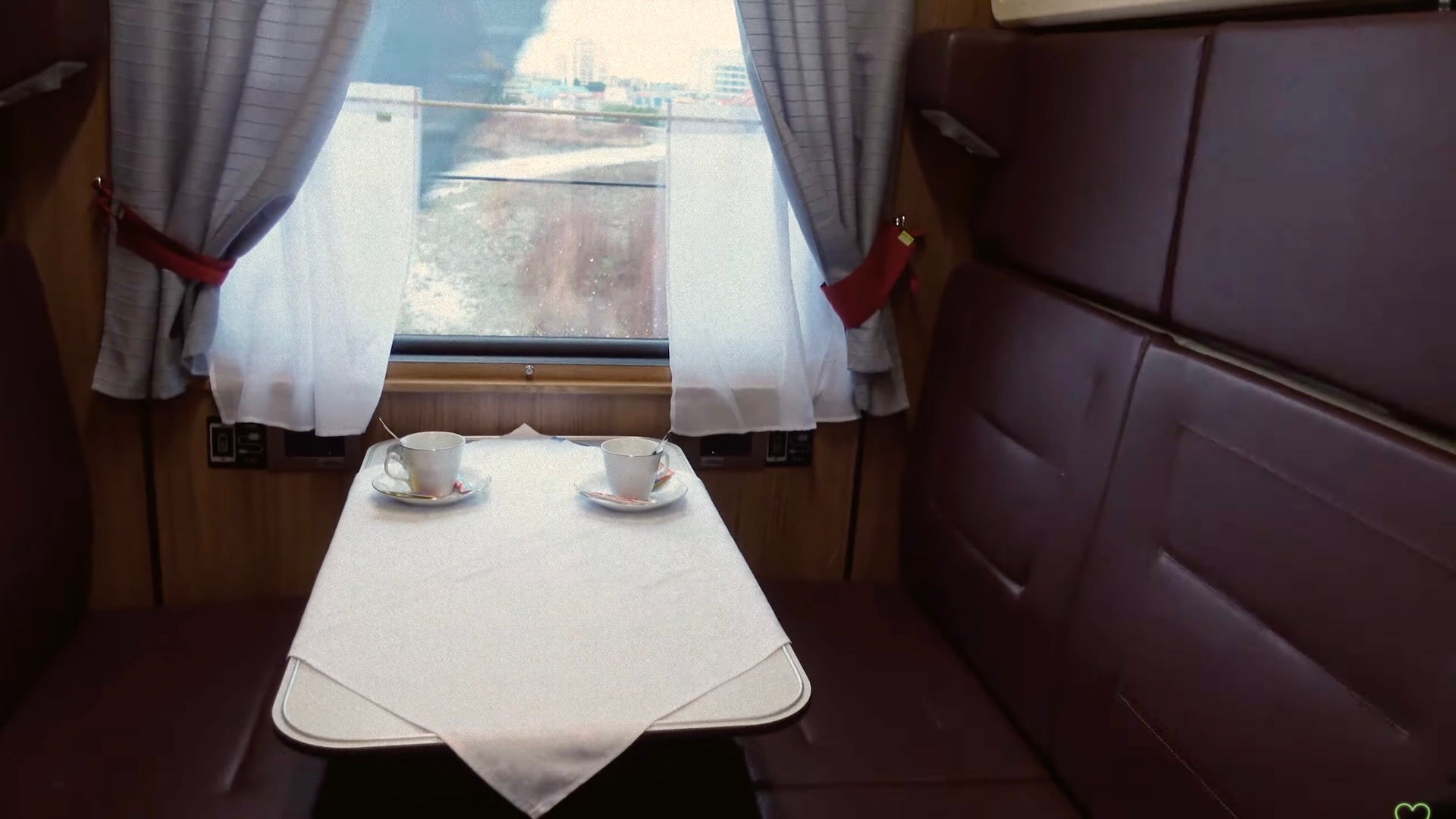 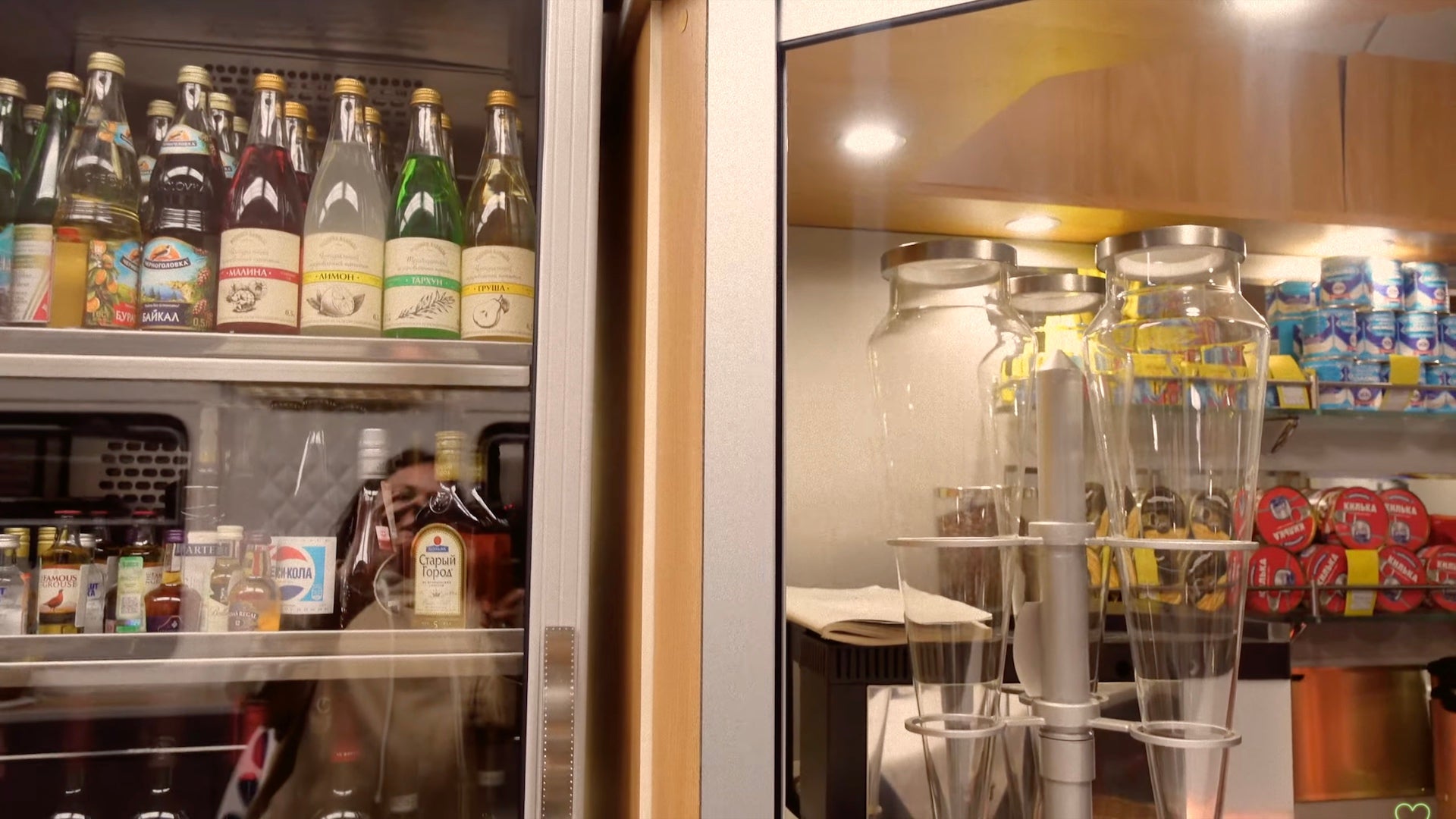 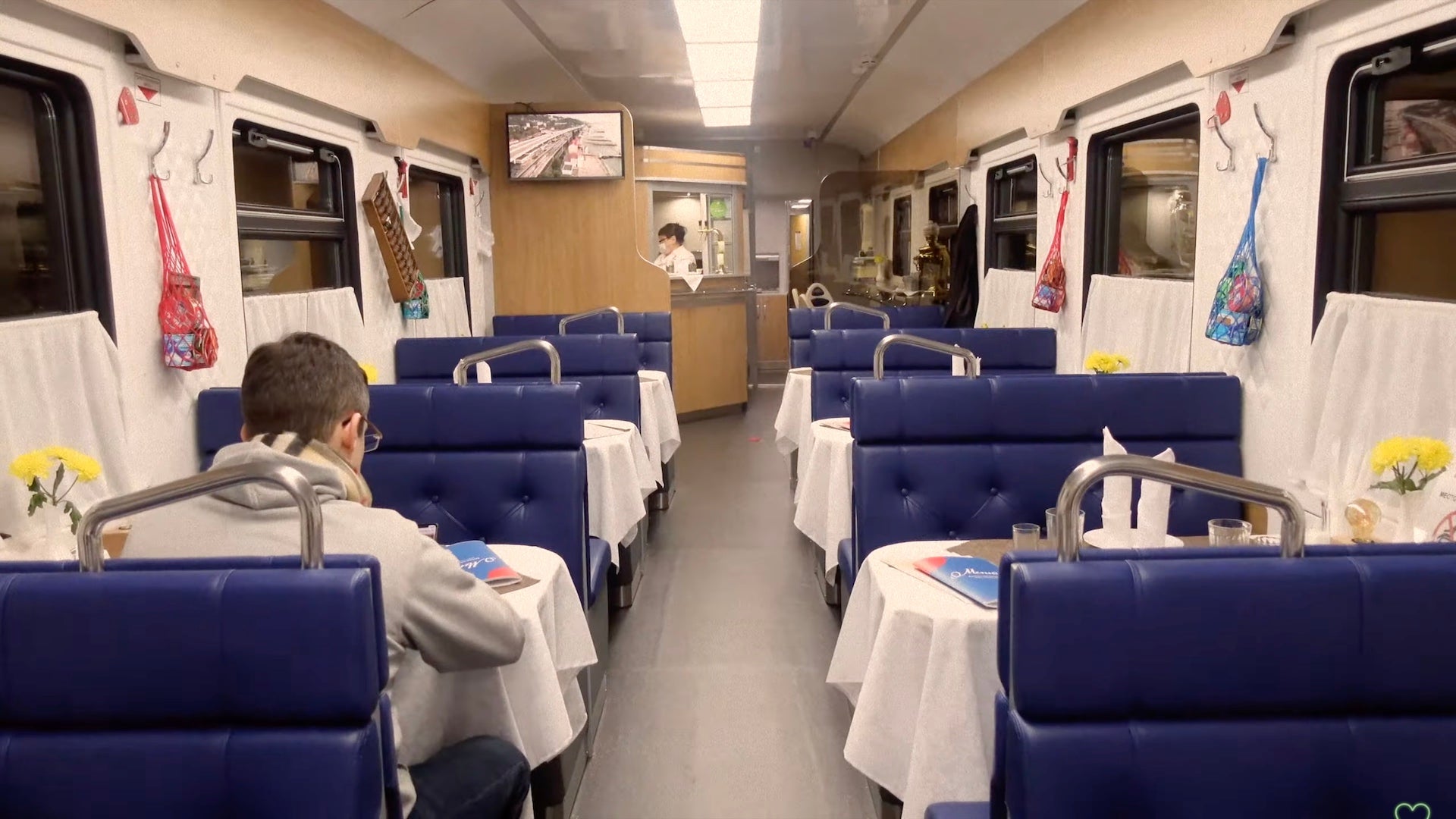 Service is now year-round according to ZHD Online, and prices per ticket vary depending on seat class and how far in advance they’re booked. Checking fares suggests next-day coach tickets start around 395 Rubles, or about $5.60—not at all expensive for what amounts to a historic excursion trip. A round trip on Colorado’s spectacular Durango & Silverton, for example, starts at $94 for adults, while a trip behind Union Pacific’s Big Boy 4014 across Louisiana this year bottomed out at $650.

These aren’t comparable classes of service, to be sure, but when it comes to experiencing what could be considered experiencing each country’s respective golden ages of rail, it’s hard not to consider $5.60 good value for money. You may come away with a backache from sitting in coach’s wooden benches, but you’d get some good photos and a story out of it too.