Toyota’s most interesting car at this year’s online SEMA360 show isn’t one of its race cars—it’s the build all about the throwback. Toyota unveiled a current, fifth-gen GR Supra sporting a homage to the legendary fourth-gen that preceded it: a targa top.

It’s called the GR Supra Sport Top, and it’s a companion to last year’s more powerful, round-winged GR Supra Heritage Edition, which was also firmly in that “hit the nostalgia buttons” genre. This one takes over where the Heritage Edition left off and wants you to enjoy the great outdoors a bit more.

A targa top (which Toyota called the aerotop) was a cool option you could get on the previous-generation Supra, and while it likely wouldn’t shave anything off your quarter-mile times, it would improve the mood a bit. I, hater of convertibles, can even get onboard with a targa roof. Everything about a targa top screams “good vibes” somehow.

The GR Supra Sport Top isn’t a T-top, so it lacks a bar in the center of the roof. The now-composite targa roof comes off in two pieces and stows away in the trunk. Toyota wants owners to be able to release the roof latches with a remote to take some of the awkwardness out of taking the targa roof off. 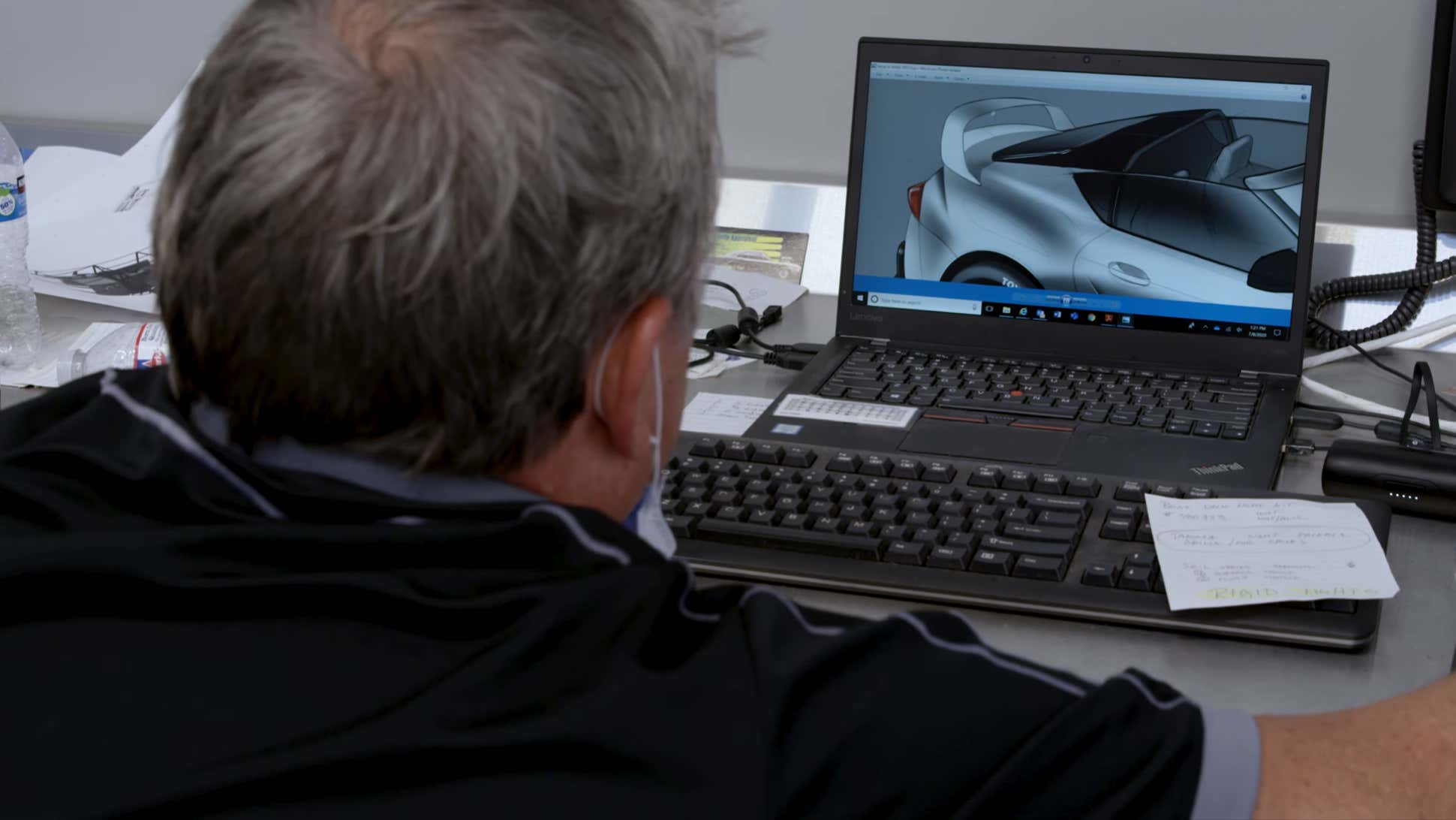 Toyota is only dropping teasers for now, as AutoGuide notes, but a computer sketch seen in the video as well as some parts already going onto the car hint at some more aggressive aerodynamic elements that will make their way onto the finished build. The sketches also show that the rear window is either enlarged or there’s black space added around it to make the lines of the targa top work, even with a hole in the top of the room.

Either way, given that the platform is shared with a full-on convertible in the BMW Z4, Toyota should definitely consider adding a targa roof as an option for fifth-gen Supra. In the video, Toyota Team Manager Marty Schwerter says they’ll still have to stiffen the bottom of the car to compensate for the loss of stiffness from the targa top, but it definitely sounds doable. The current interior looks a little dark inside and could use a bit more fresh air. 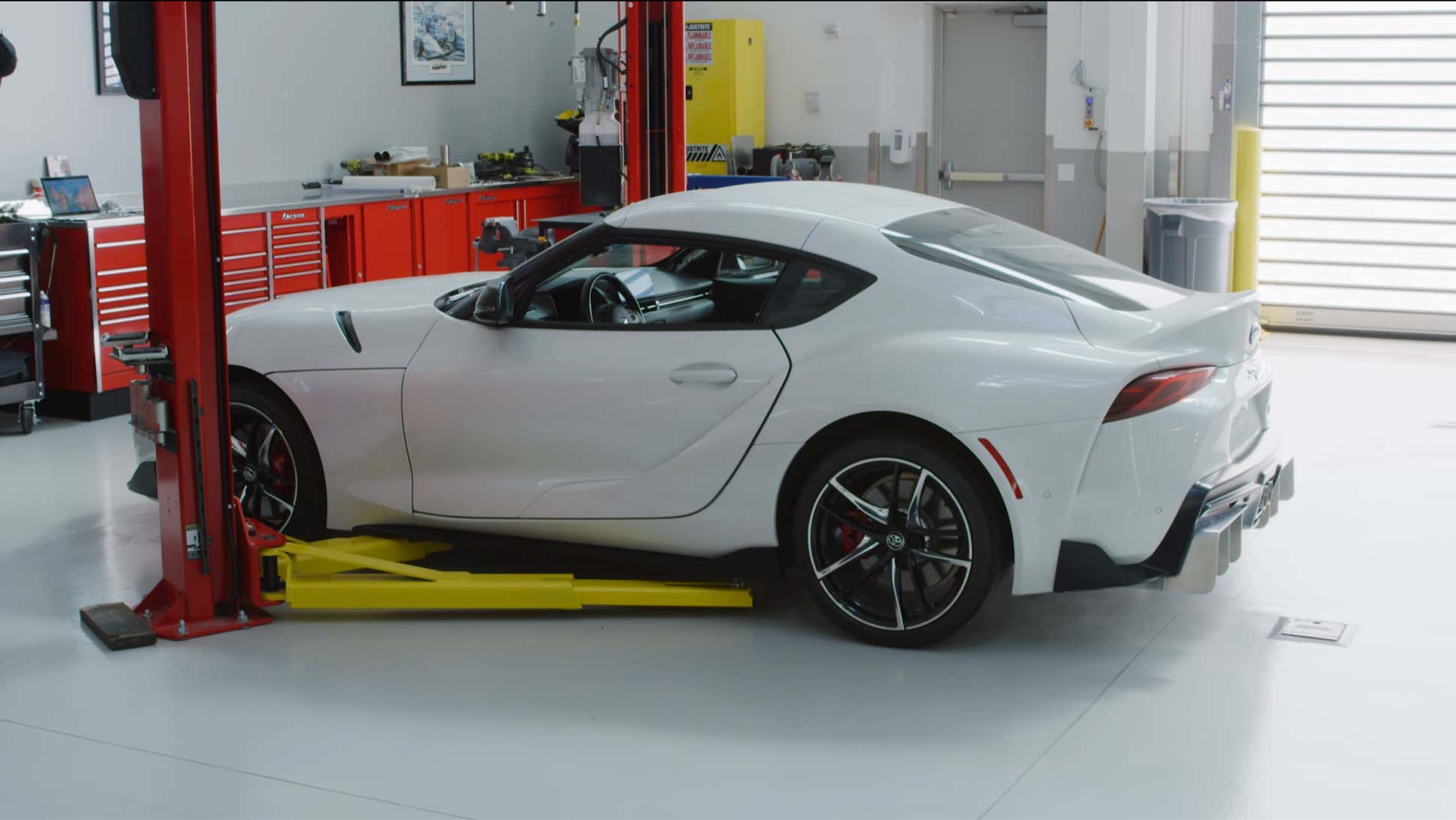 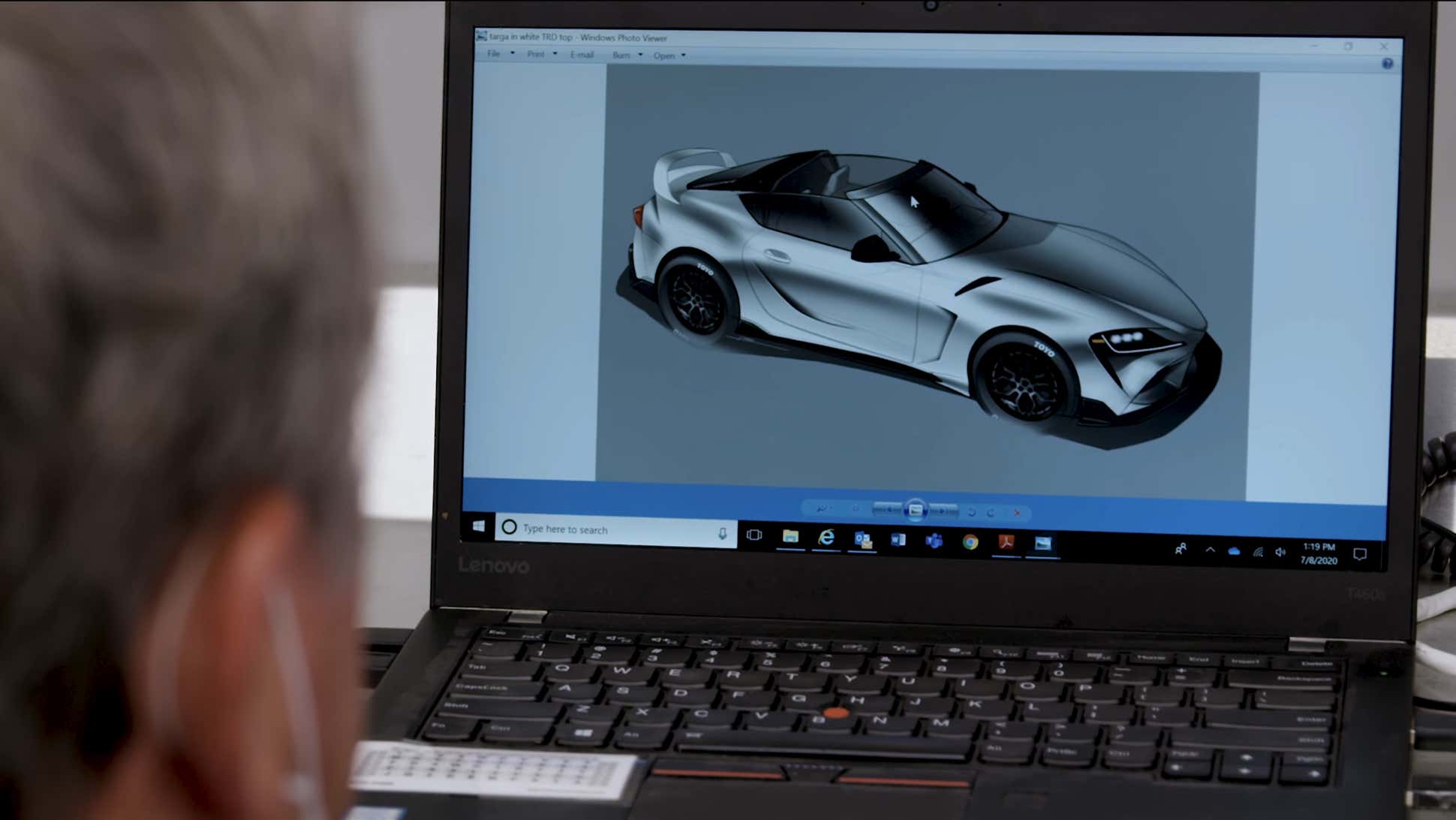