The 2.7 Ton Continental GT is factory stock, save for safety equipment.

Bentley isn’t exactly known for seeking out and setting new performance records. The ultra-posh luxury automaker typically makes waves with its opulent list of options like lambswool floor mats or diamond-infused clocks, which is why last year’s record-setting Pikes Peak blast in the massive Bentayga was such a surprise. We’ve known for some time that Bentley was planning a follow-up run this year with a Continental GT, and now the actual car is revealed. 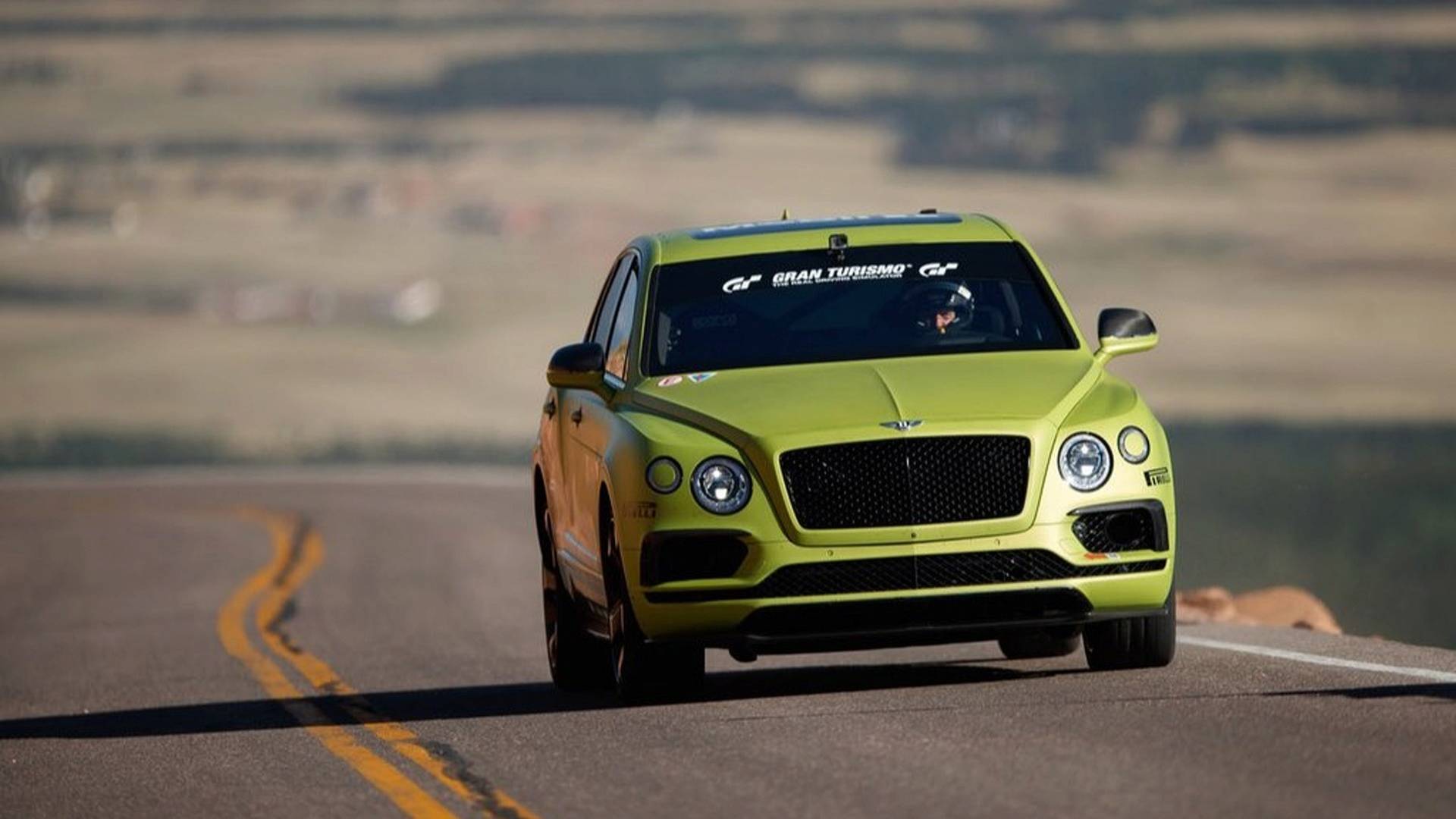 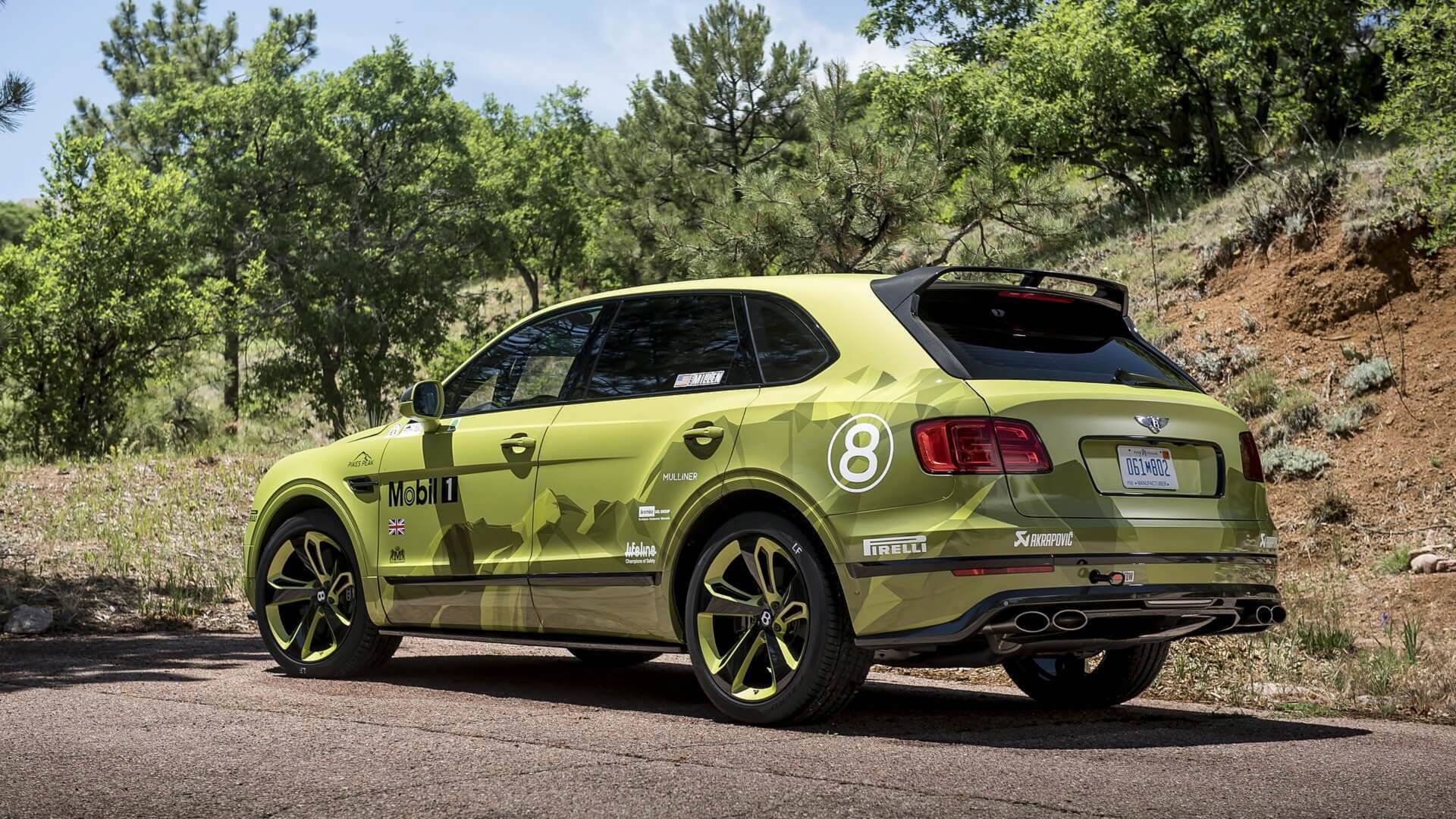 Aside from necessary safety equipment, the car is as showroom stock as any one-percenter would find at a Bentley dealer. That means a 626-horsepower (467-kilowatt) twin-turbo W12 engine under the hood, displacing 6.0 liters and sending the power to all four wheels through an eight-speed automatic transmission. That sounds like plenty of thrust to go record-hunting with, until you realize the Continental GT carries no less than 5,500 pounds within its sizable, luxurious body. Gobs of leather, massive stereo gear, and built-in bottle chillers aren’t light. 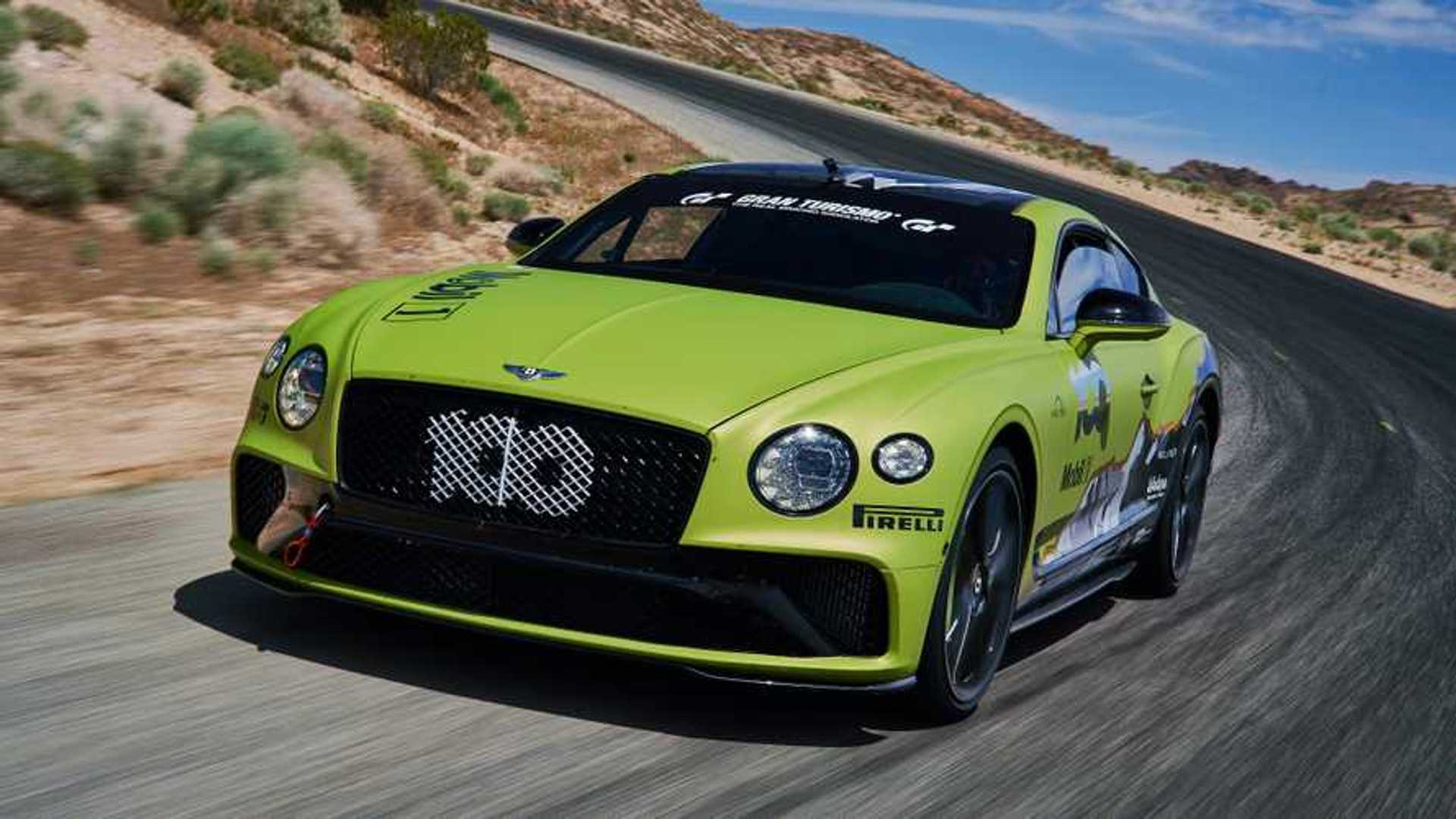 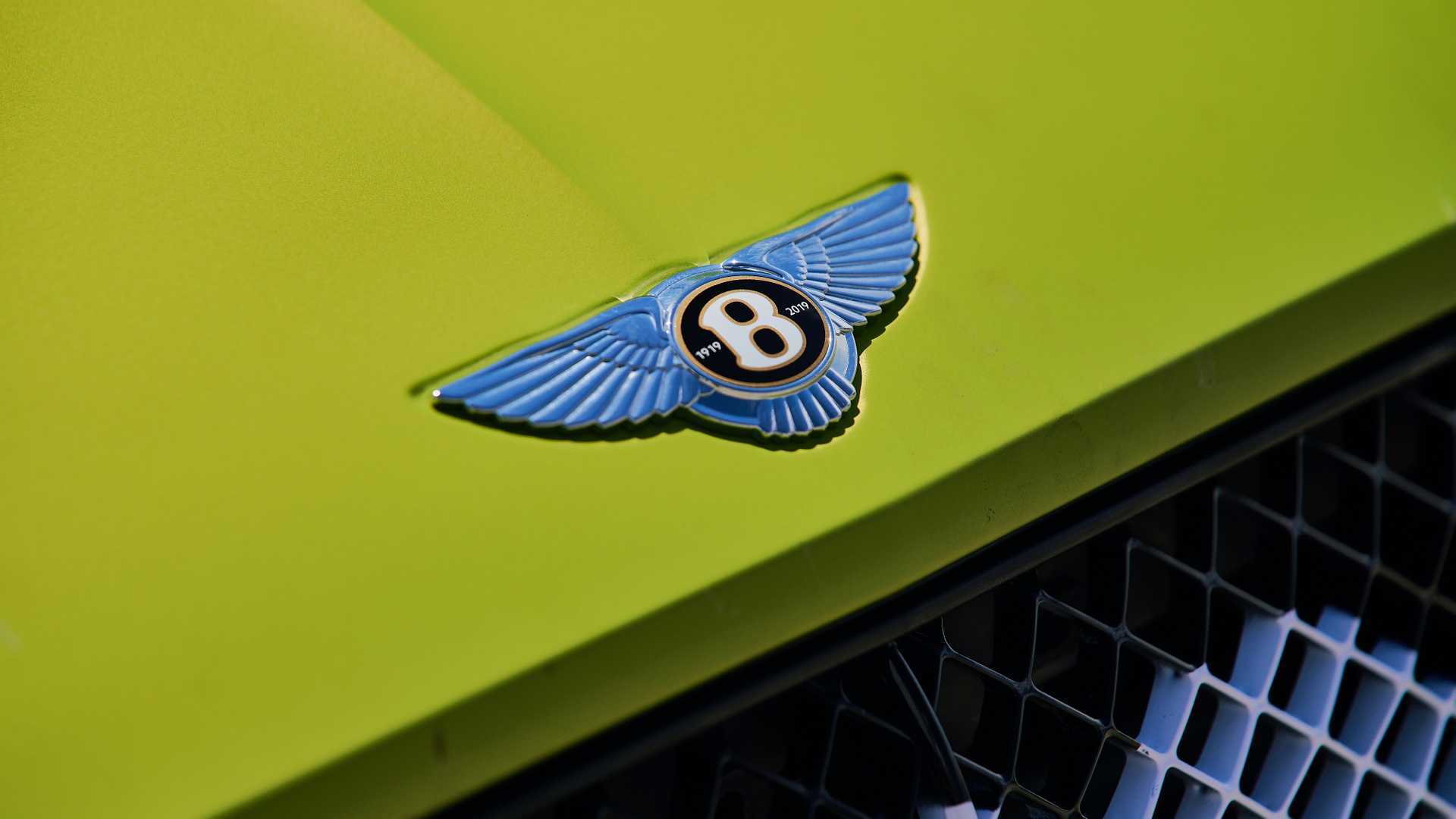 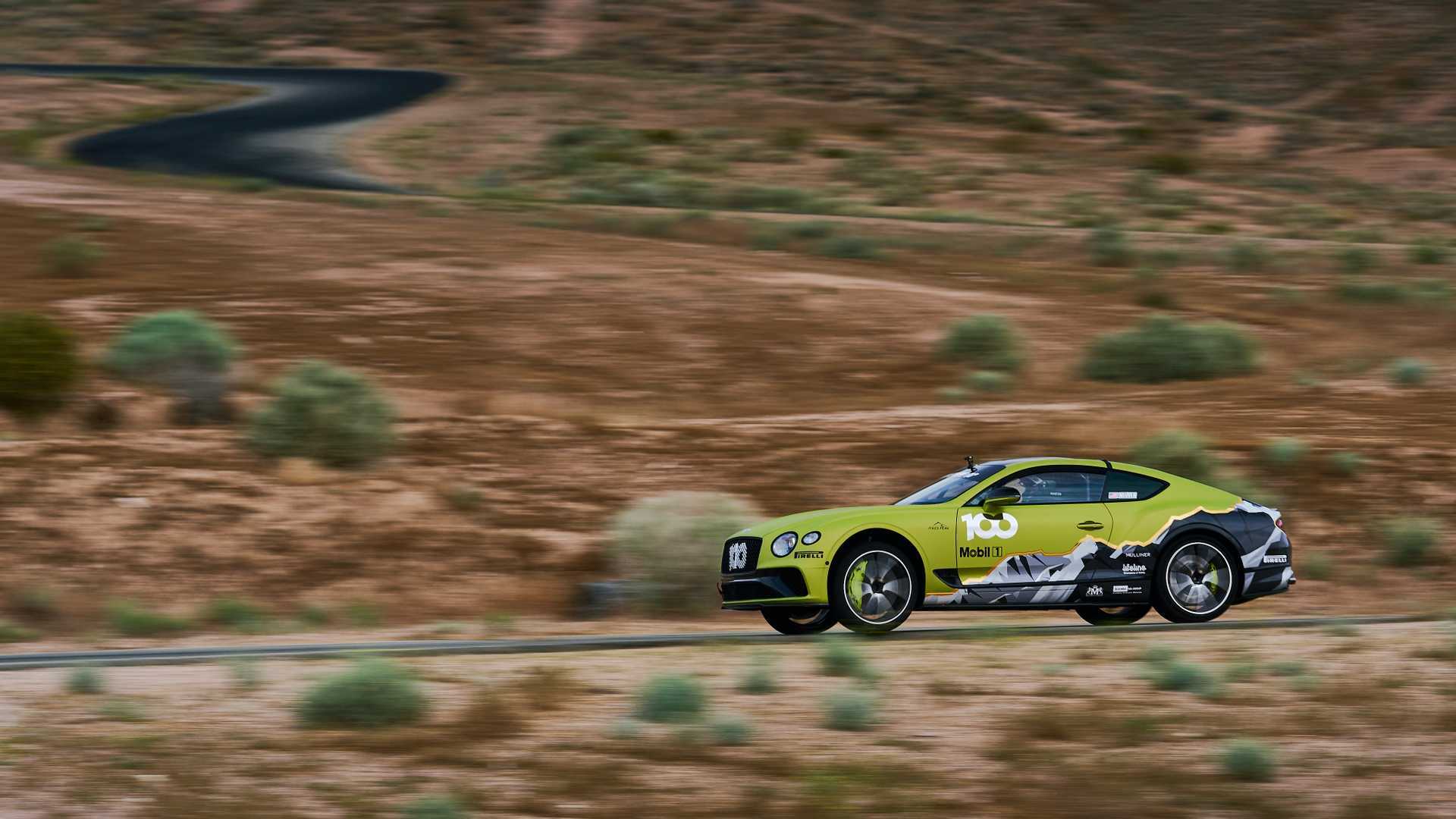 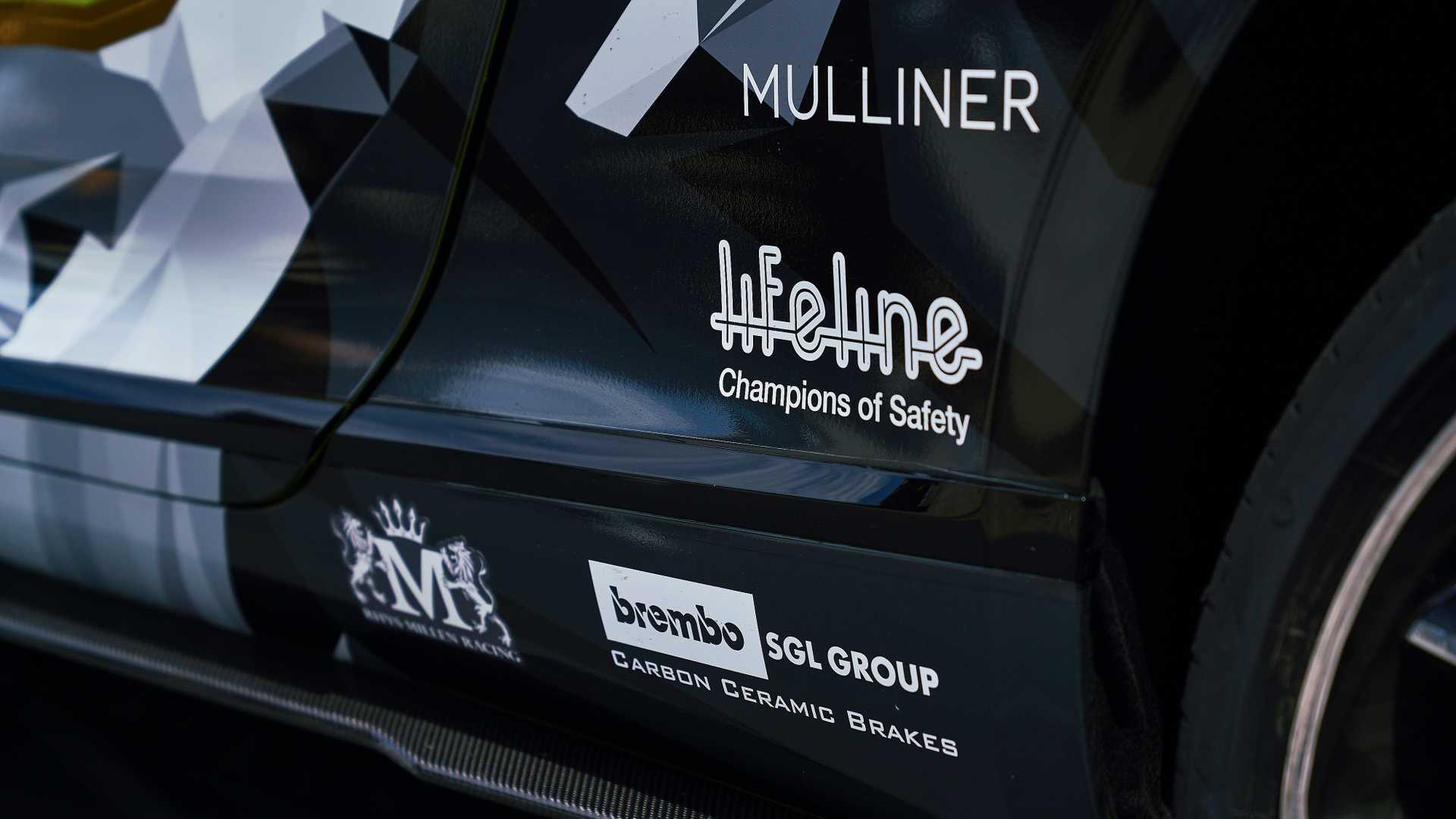 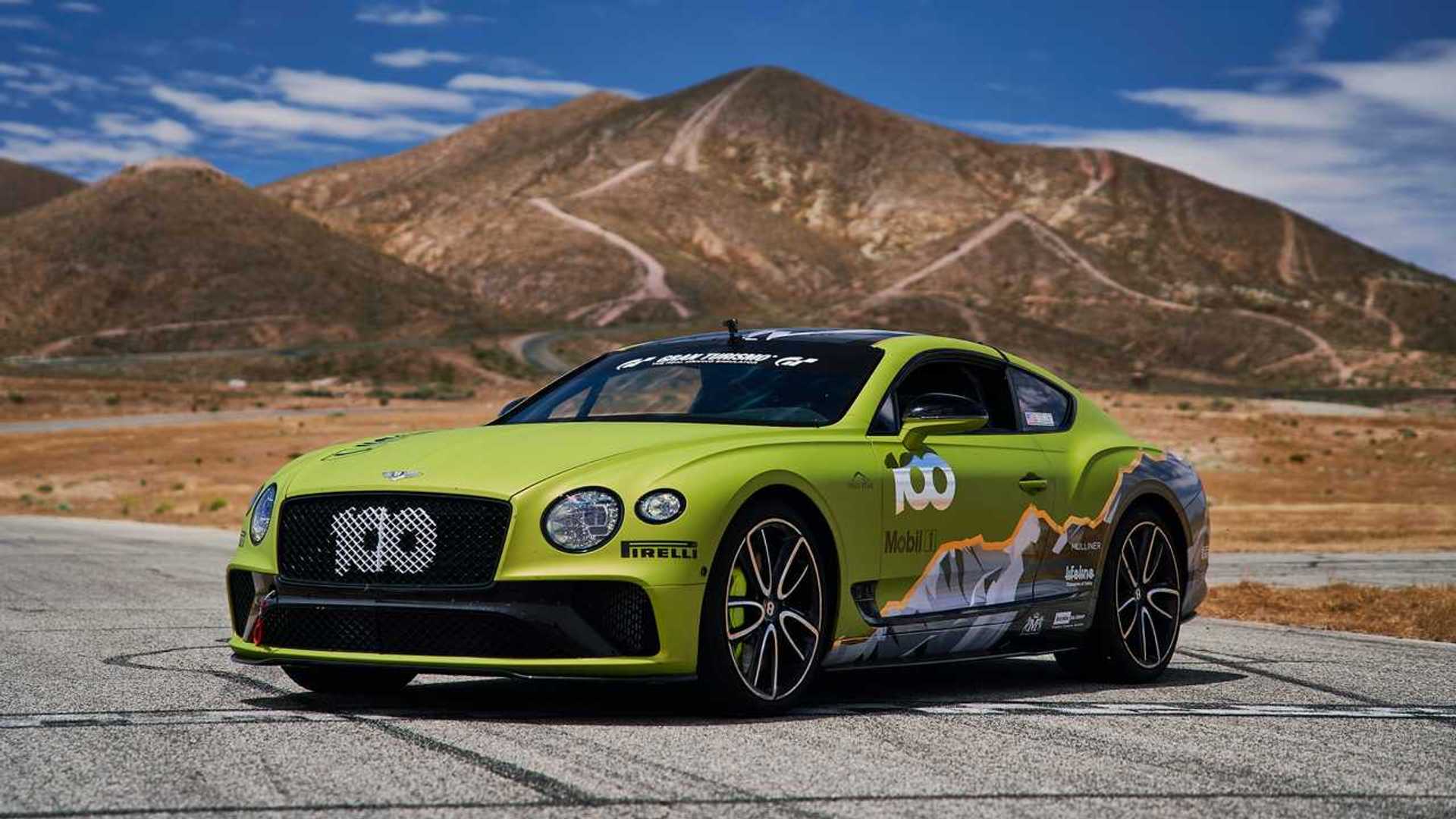 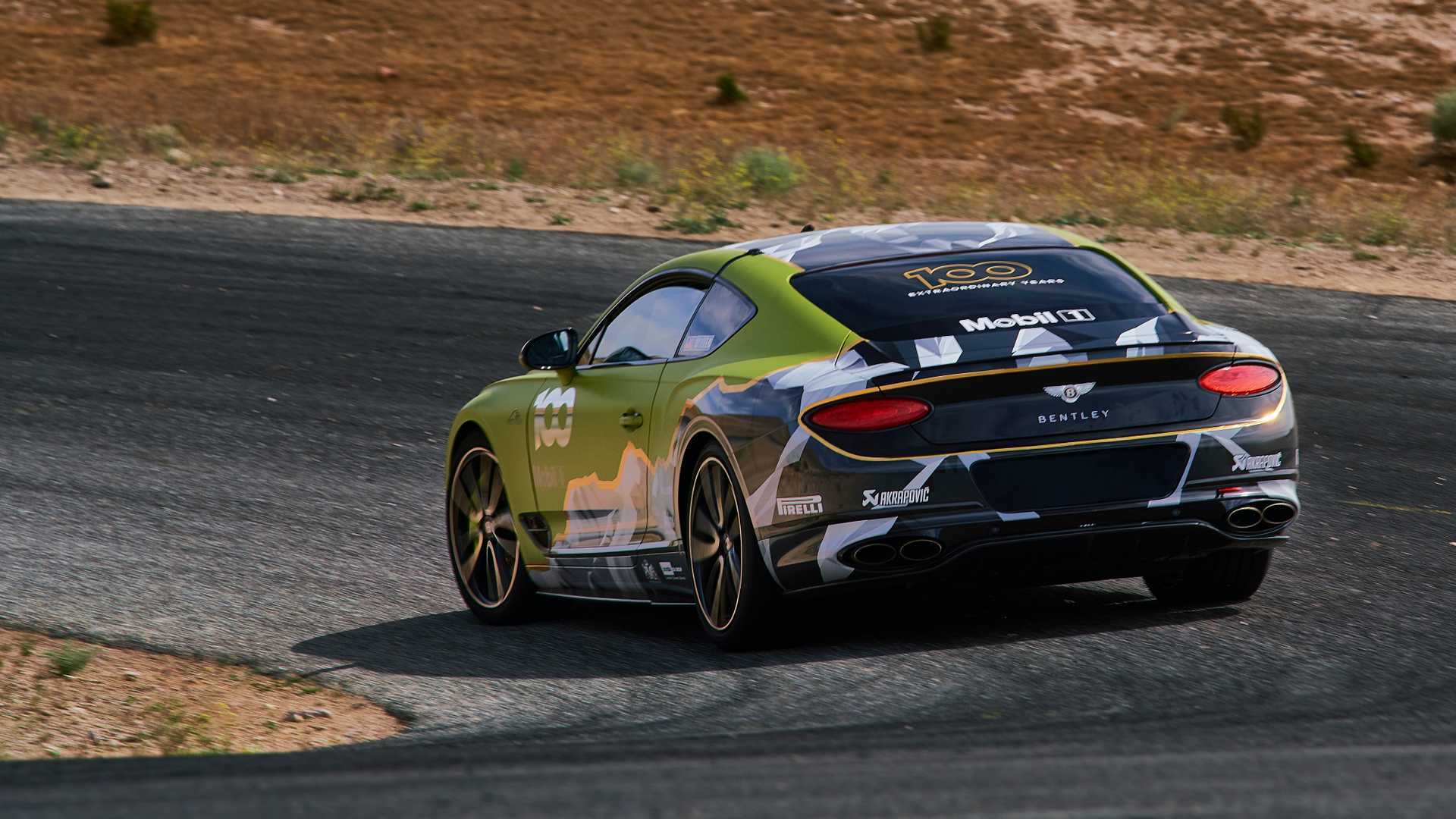 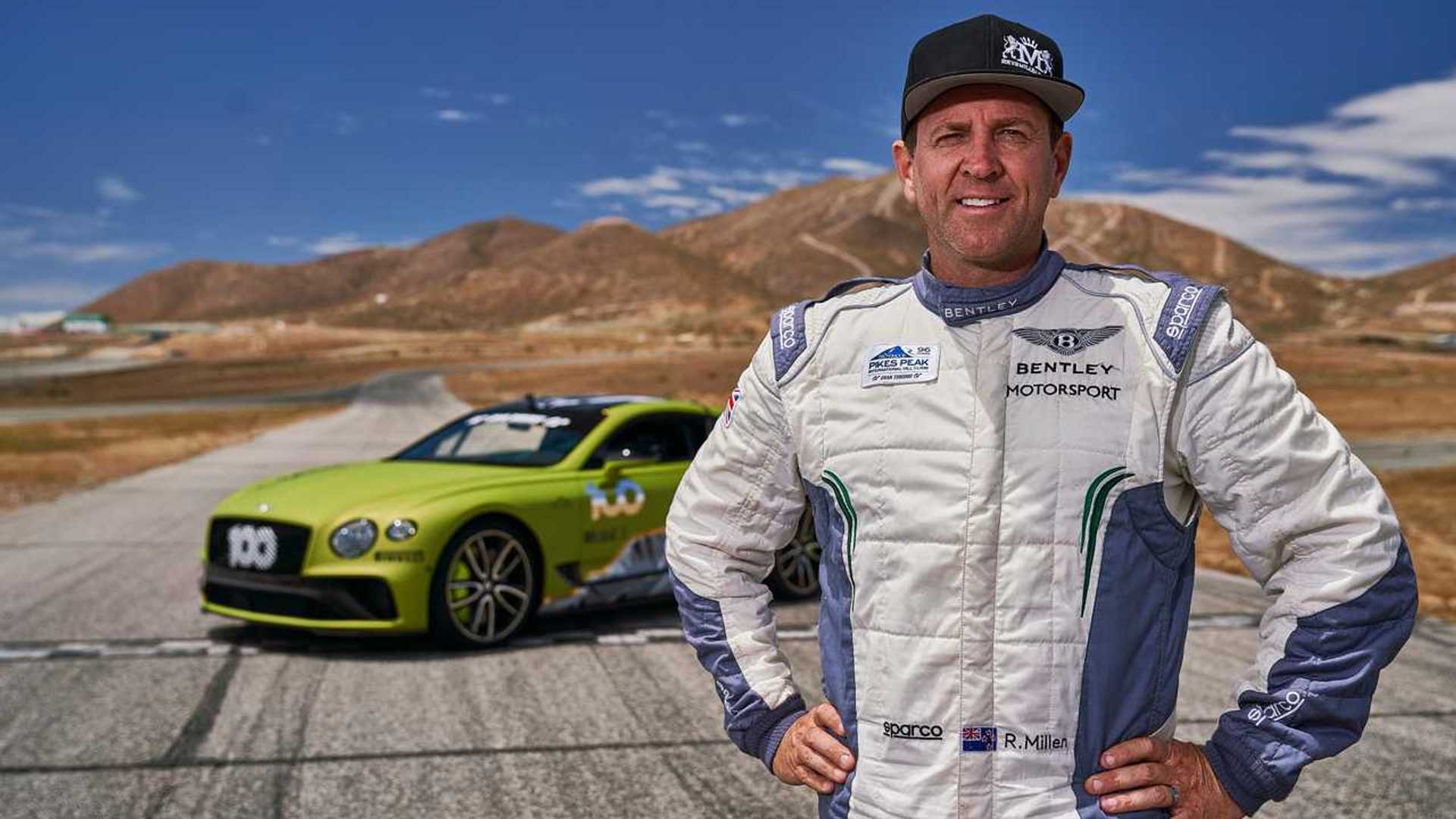 Bentley does have an ace up its sleeve, however. Behind the wheel will be Pikes Peak legend Rhys Millen, a man who’s set multiple records at the famous hillclimb in his racing career, including last year’s SUV run in the Bentayga. To add another record to his portfolio he’ll need to complete the course in less than 10 minutes, 26.9 seconds – the current production car benchmark set back in 2014 by a Porsche 911 Turbo S. Can a 2.5-ton Continental GT really match the performance of the mental turbo 911? Bentley seems to think so.

Pikes Peaks is an extraordinarily challenging motorsport event, not only for the endless hairpin turns and sheer drop-offs but for the high altitude at which driver and vehicle are performing. The 12.4-mile course starts at approximately 9,400 feet and ascends nearly 5,000 feet, with the finish line a full 14,110 feet above sea level. That’s well above the tree line, and many drivers use onboard oxygen to fend off altitude sickness while racing.

This year’s event takes place at the end of June. Bentley will seek its second production car record with the Continental GT on June 30.

(Crewe, 6 June 2019) Bentley Motors is set to attempt to break the outright production car record at the world-renowned Pikes Peak International Hill Climb (PPIHC) with the new Continental GT later this month. The current record and time to beat is 10:26.9.

Last year, the record for a production SUV at Pikes Peak was set by the Bentley Bentayga in a time of 10:49.9 – taking nearly two minutes off the previous record by averaging 66.5 mph.

In Bentley Motors’ centenary year, the spirit of endeavour and desire to push the boundaries of automotive performance remains strong after 100 years of competition. The Continental GT – racing under #100 – equipped with the highly-capable and dynamic W12 engine has undergone extensive testing in order to prepare both car and driver for the record attempt.

“We have taken much learning from our successful visit to Pikes Peak last year with the Bentley Bentayga and applied it to our preparations this time around. We are proud to demonstrate the Continental GT’s breadth of abilities in competition on a global stage.”

“The extreme conditions of Pikes Peak pose a significant challenge. With the start line being at 9,300ft and climbing to 14,100ft the air is 1/3rd less dense than at sea level. The weather will also play a vital role in the run as 90 degree temperatures and clear skies can change to snow in a matter of minutes. The lack of oxygen will also impact driver Rhys Millen, who will have an on-board oxygen system fed into his helmet to reduce any effect of altitude sickness.”

Former ‘King of the Mountain’ and Pikes Peak veteran Rhys Millen, who will drive the Continental GT during the record attempt, added:

“In the Pikes Peak environment it [Continental GT] really checks every box as the most competitive vehicle you could arm yourself. This is one run, one day of the year. You have to be calm, be focused and process everything that you have to.”

The record attempt will take place on June 30. More information about PPIHC can be found at https://ppihc.org/.