It’s something we’ve all wondered about from time to time, whether we want to admit it or not: What would it be like to completely unleash a supercar on the open streets. It’s the topic of innumerable videogames and Hollywood films, simulated to satiate our desire to know what would really happen, but far too dangerous to ever actually go down in the real world. That was, until a man on the run stole an Audi R8 in Newcastle, Australia—and proceeded to take it on a ridiculous 25 minute joyride that only reaffirms what a terrible idea it is.

The Audi supercar was allegedly stolen by Darren Johns, 49, back in December, with the car’s owner claiming the theft occurred as he fled on foot from a random breath testing station. The video of the ensuing reckless joyride was captured by accident, the car having an automatically-operated dashcam installed by the owner. 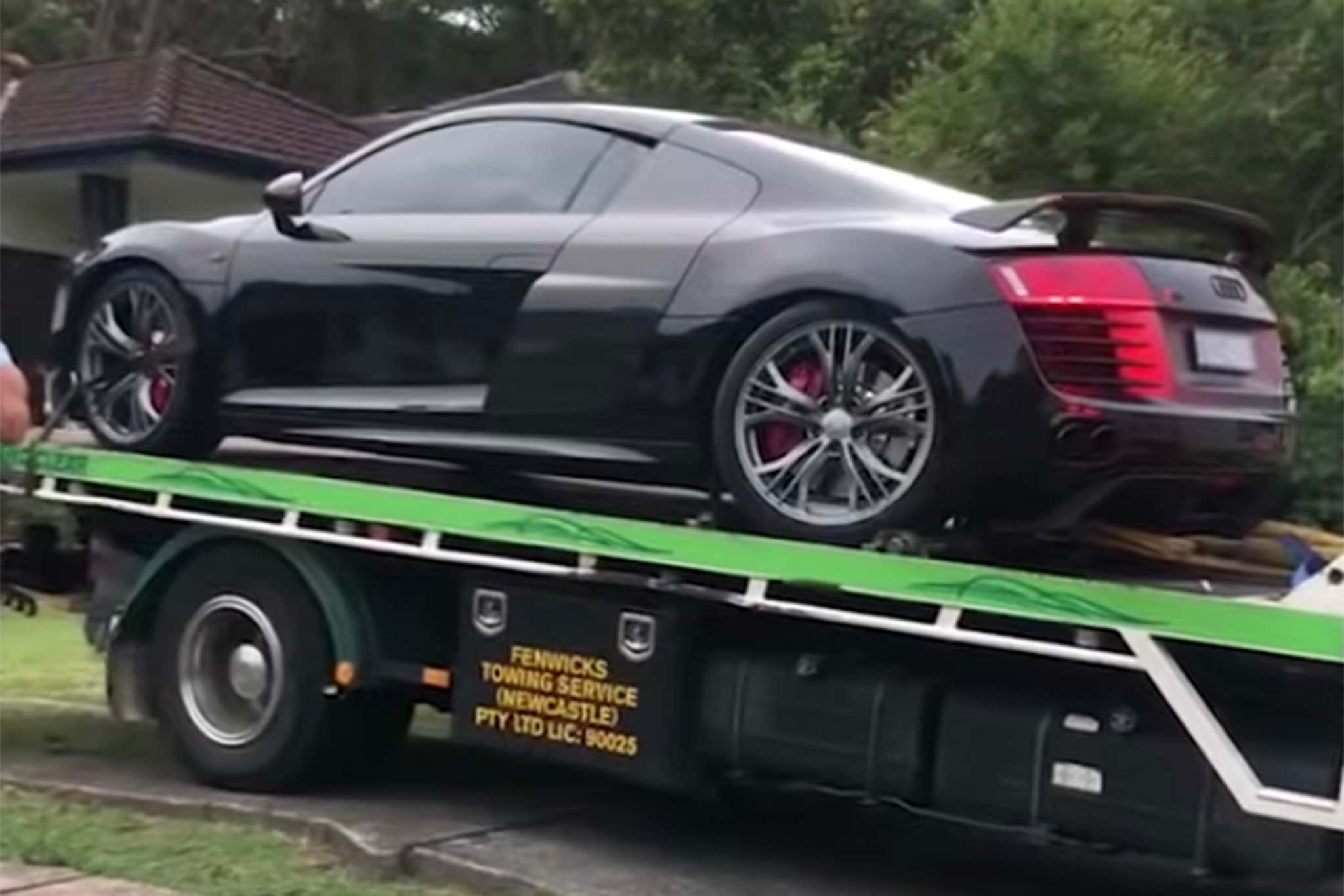 What follows is a breakneck tear through the suburbs that defies belief—and the very concept of preservation of life. The driver blasts through stop signs at speeds well over the legal limit, and veers across lane lines with sheer abandon. Near misses happen with abandon, with the car narrowly missing parked cars, streetside obstacles and oncoming traffic too many times to count. Speeds top 100 mph on tight suburban streets, and red lights are routinely ignored throughout the 25-minute video. Speed bumps are treated like jumps and wheels are smashed into kerbs on multiple occasions. Despite the chaos, miraculously, no other motorists are injured during the spree.

Those in the know will react with confusion as to how a car thief is able to keep a high-powered mid-engined car on the road after stepping into it for the first time in a high-stress situation. The video offers some clues that suggest the driver is inexperienced with the Audi – the e-gear transmission is regularly left to hang in low gear before the computer eventually commands automatic upshifts, for example, and the clutch eventually overheats from misuse. Smoke pours from the brakes just five minutes into the joyride. While some heavy braking is apparent in the video, this could also be due to the stability control system individually braking the wheels to control the rapid changes in direction.

Important to note is that, other than some sirens overheard at the start of the video, the driver is not being actively pursued by police. Throughout the joyride, the driver stops at multiple houses, implores pedestrians to join him in the car, and visits acquaintances, informing them of his journey. The video captures a tragedy unfolding in real time, and not only the reckless disregard with which the driver treats other road users. The subject of the video is well aware that he faces jail time—whether this is for fleeing the breath test or the ensuing crimes is unclear. It becomes apparent that the goal is not to flee police and remain on the run; the aim is instead to make the most of the time, and the freedom, he has left.

“Alright, I must prosper a little bit more”, he states, before reversing the car out of a driveway into the street. By this point, the car is heavily damaged, however, and the driver is only able to limp the vehicle a short distance before realizing one of the rear wheels is no longer properly attached to the car. At this point, he then manages to force the Audi through a tight garden gate into the backyard of a nearby house, before leaving on foot.

The car’s owner was eventually able to follow thick black tire marks to the car’s eventual resting place, where police were called and the car recovered. The havoc was over, and mercifully, nobody was seriously injured. Reportedly, over $100,000 of damage was done to the Audi, with wheels, gearbox, and body panels all needing repair after the incident. The driver was eventually arrested and faced court for the incident, with police and local residents counting their lucky stars that the day ended as it did. It’s not the highest speed chase we’ve seen before, nor the most ridiculous, but it’s certainly one with its own cautionary message.