Being an international-level pro racing driver isn’t half bad, as far as jobs go. Not just because it entails being paid to race, but also because it can involve traveling abroad, which sets the stage for the kinds of magical moments we rarely experience as adults. One such experience can be falling in love—not necessarily with a person, but sometimes an object; an artifact that can take you back to some of the most precious seconds of your life. And after racing Rally Argentina in 1993, one rally driver did just that after stumbling across a 1929 Ford Model A he couldn’t leave behind.

According to a post on Facebook page Apex Automotor, the unnamed driver had the Model A shipped to Finland, suggesting the car’s owner to be the only Finn to enter the rally, four-time WRC champion Juha Kankkunen. Kankkunen’s car or not, they sent the Ford to a Ferrari and vintage car specialist shop Makela Auto Tuning, which stripped the Ford down to its frame before performing a comprehensive restoration and partial modernization. 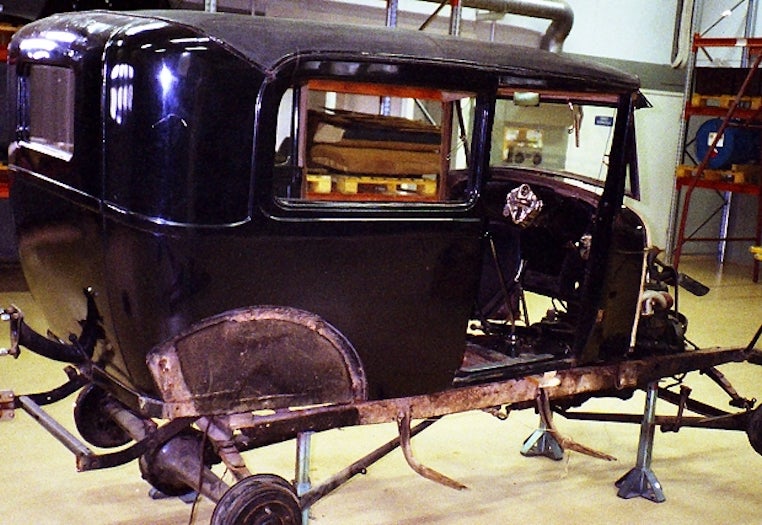 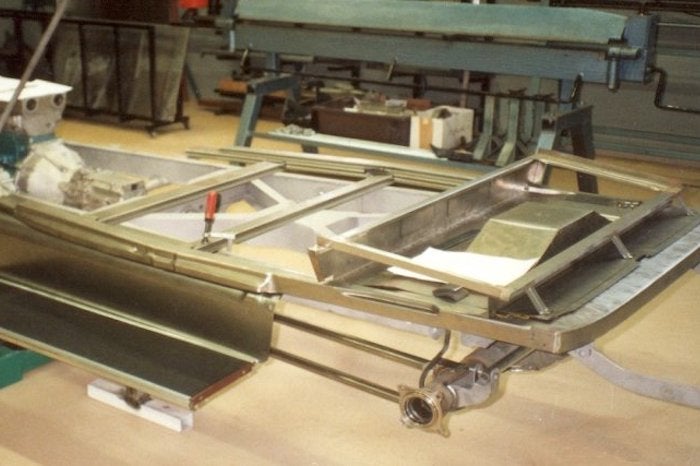 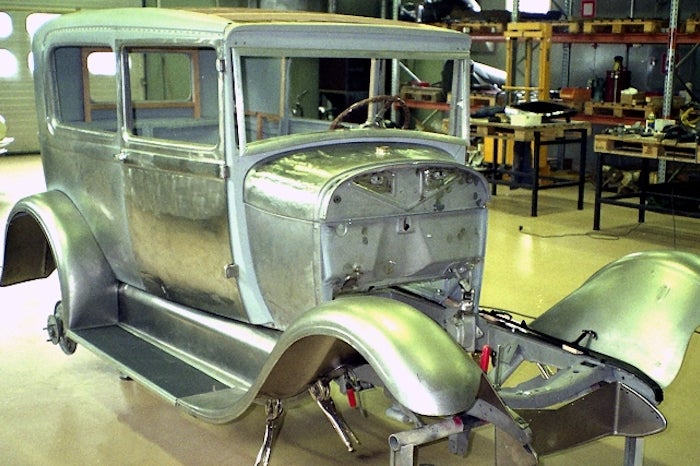 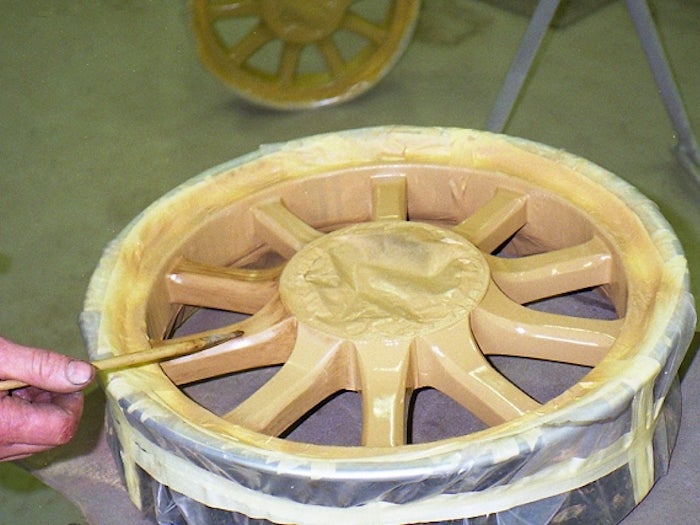 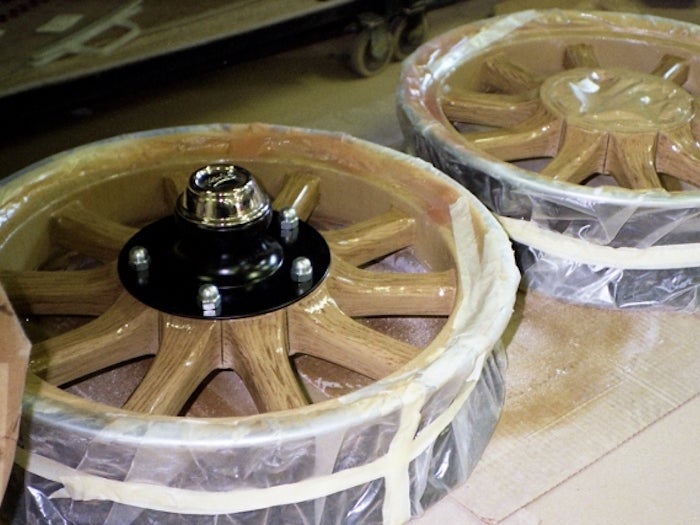 First came chassis refurbishment and reinforcement, done with additional bracing down the length of the frame. Based on photos on MAT’s website, the body appears to have been sanded down to bare metal, and had patches of rust patched with new material to prepare it for new paint. Though the wheels resemble the wooden originals, they’re said to actually be 19-inch aluminum wheels cast in-house, which images of them being painted by hand corroborate. Other instances of modernization are hidden under period veneers, too, with harnesses hidden under throw pillows in the rear seats, and what appears to be a GPS speedometer mounted near the headliner. 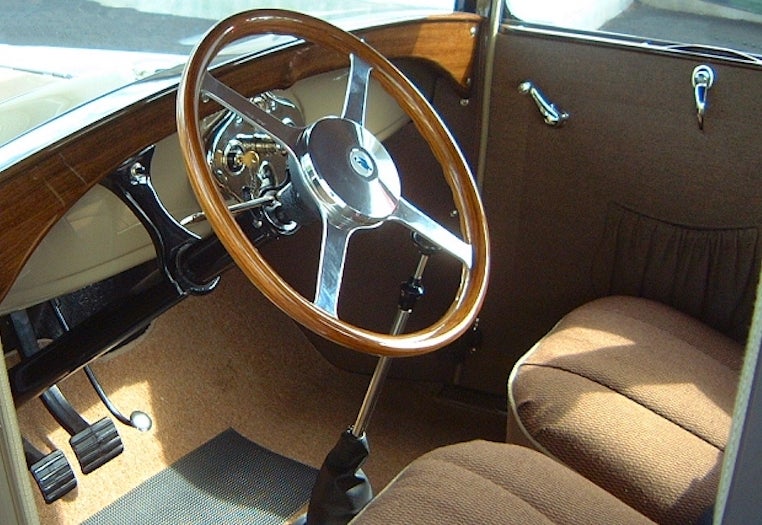 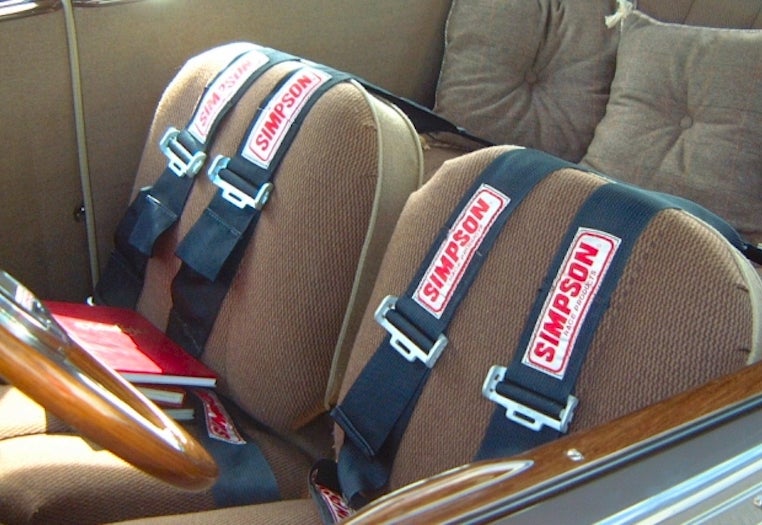 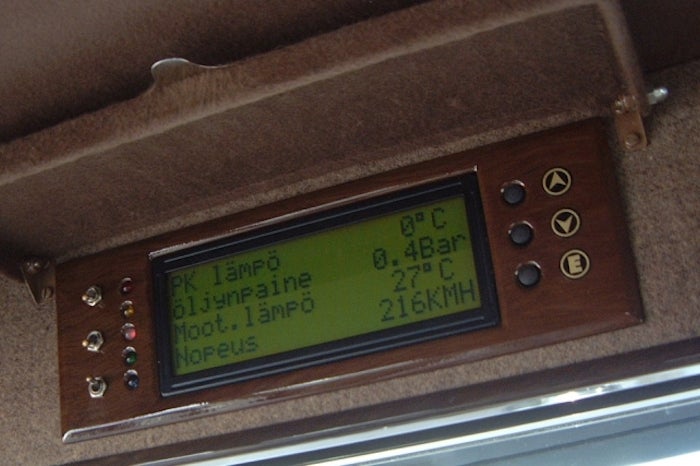 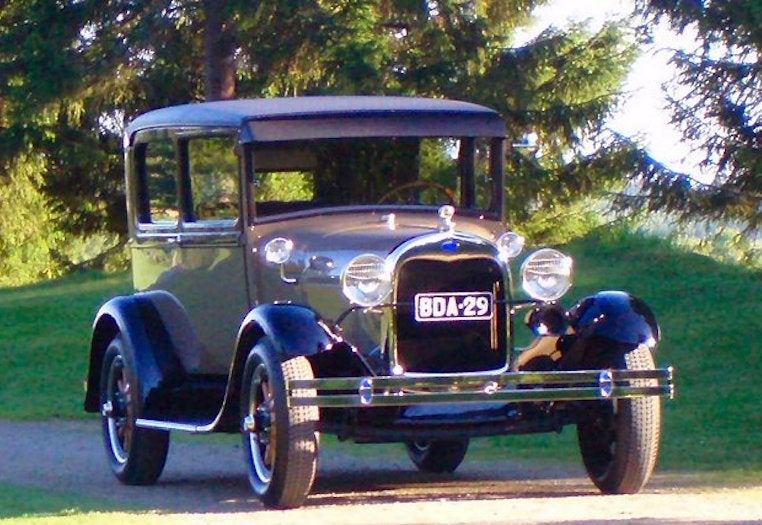 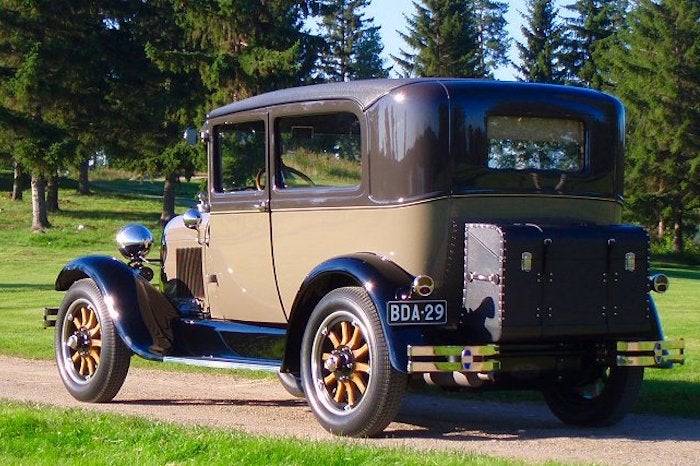 Just how that speedometer got to 216 kph (that’s 134 mph) becomes apparent when looking under the hood, where MAT stuffed a drivetrain apparently of the same specification used in Ford’s Group 4 Escort rally cars. A 1.6-liter Cosworth BDA four-cylinder sends 242 horsepower and 181 pound-feet of torque through a close-ratio five-speed from ZF to the rear axle, which is said to come from a 1985 Toyota 4×4 van—probably a Hiace. This axle is held in place by four-link suspension, and is equaled by a front axle under control by a track rod, stiffer stock-style springs, and friction-disc shock absorbers said to come from an Aston Martin DB4. 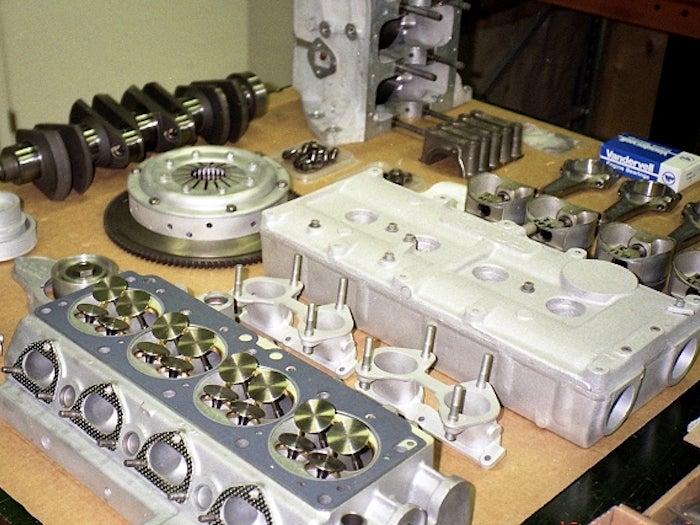 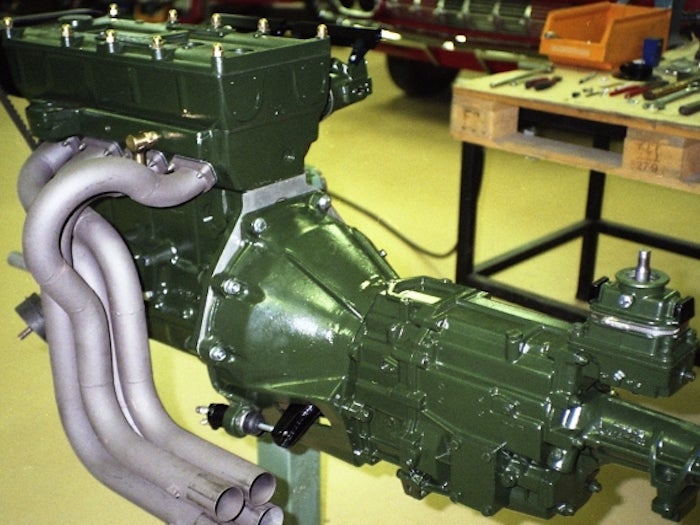 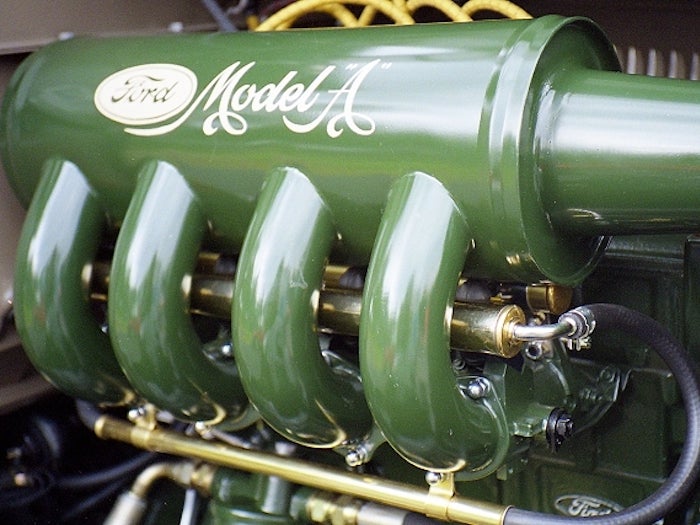 Perhaps the best touch of all, though, is hidden on the back of the Ford’s shifter, where a switch toggles between the full-power tune and one that makes every third spark a dud. This emulates the sound of the Ford’s factory flathead, and surely has been used as camouflage to get out of a speeding ticket or two. What’s that, officer? Someone redlining it in four gears down this road? Oh yeah, that was some dude on that new Ducati, he went thataway.