Ford has spent a lot of time teasing the hyped-up Bronco variant, especially since it’s yet to deliver any “ordinary” examples of the revived off-roaders to customers. Still, we won’t complain as the potential Bronco Raptor seems to love jumps as much as its F-150 sibling. One feature that’s been hard to ignore throughout past teasers and spottings is that set of monstrous tires and, apparently, they’re even bigger than the Sasquatch Package’s 35s.

The Blue Oval sent out a tweet Friday bragging about the high-performance Bronco tester’s 37-inch rollers. For reference, that’s about two-and-a-half inches taller than the F-150 Raptor’s 315/70/R17s. The tread on these BF Goodrich units looks quite a bit grippier, too, at least from what we can see on the spare out back.

It’s clear that this Bronco prototype’s wheel arches are stretched far and wide. However, knowing now that these are 37-inch tires, we have a better idea of just how aggressive its stance is. The track lends itself to more stable, athletic driving attributes at speed while there looks to be plenty of room for wheel travel when zooming through the desert. Nice.

Knowing how skeptical Ford was of fitting 35-inch tires to Broncos equipped with the 2.3-liter EcoBoost initially, it seems safe to rule that engine out for this application. The question now, though, is whether they’ll pump up the 2.7-liter EcoBoost V6 or toss in a more powerful V8 to turn these hefty BFGs. As for the Raptor pickup, the answer seems all but confirmed. 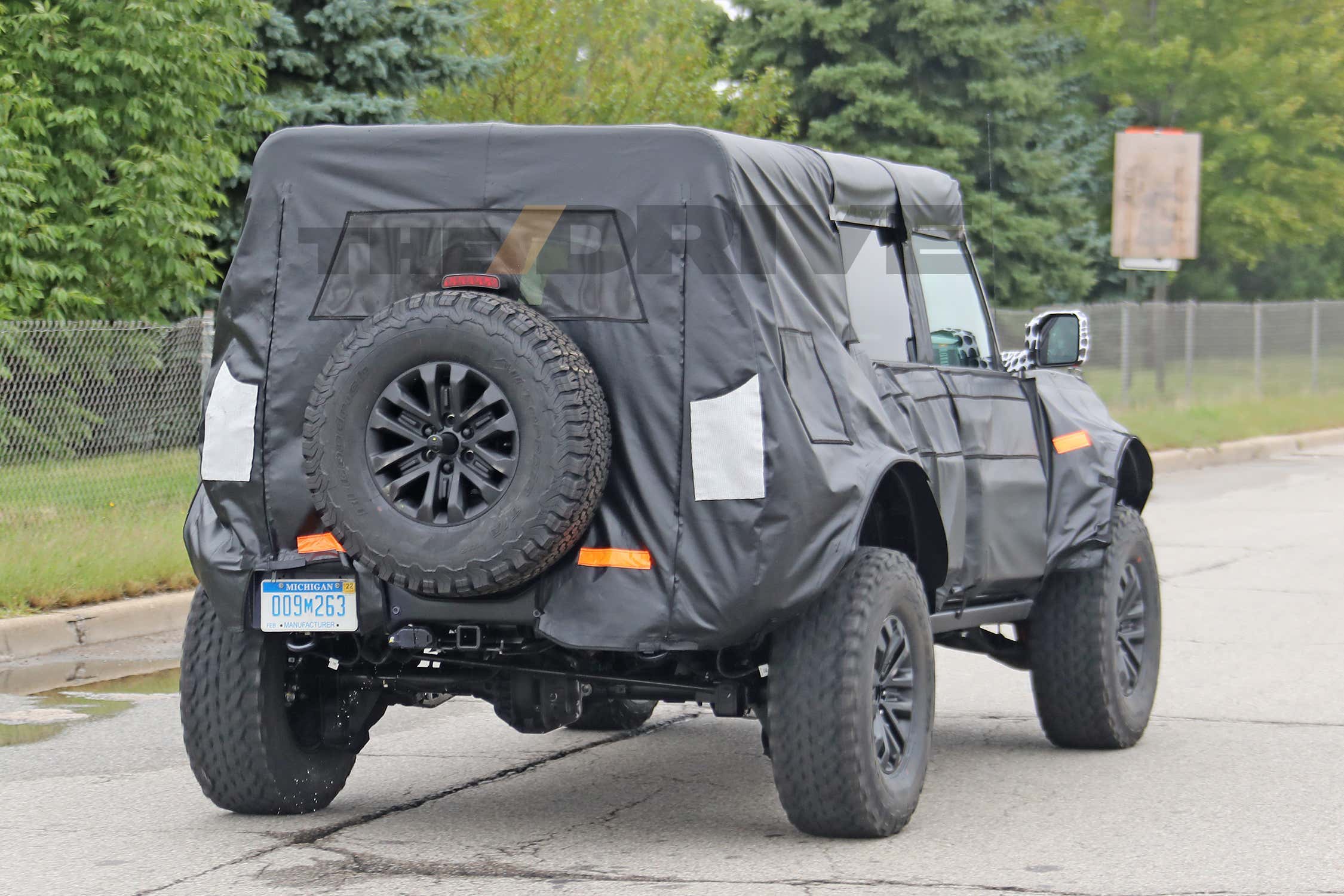 Previous reports indicate that the Bronco Raptor won’t be released until at least the 2023 model year, so there’s time for flux and change. Still, Ford is outwardly acknowledging the variant’s existence so we hope to see it in the flesh sooner or later. For now, pictures of the camouflaged mule sending it on all terrains will have to do.