Home » News & Features » The Postal Service Seized a 2018 Bentley Bentayga. Now You Can Buy It

Ever gotten your Bentley seized by the enforcement wing of the United States Postal service after committing an unstated crime related to mail? No? It’s happened to me a few times but I don’t really talk about it. I would be happy to speak with the owner of this Bentayga whose luxury SUV got swiped up by the Postal Inspection Service, though. They would understand my frustration.

Yes, for some reason, the muscle behind the USPS has seized a Bentley Bentayga, which is now being auctioned off on govdeals.com. It was first spotted by CarScoops, though details of the entire situation are admittedly thin. We do know it’s a 2018 model with 17,155 miles on it and—here, get a little closer so no one else hears this—three pennies in the center console. 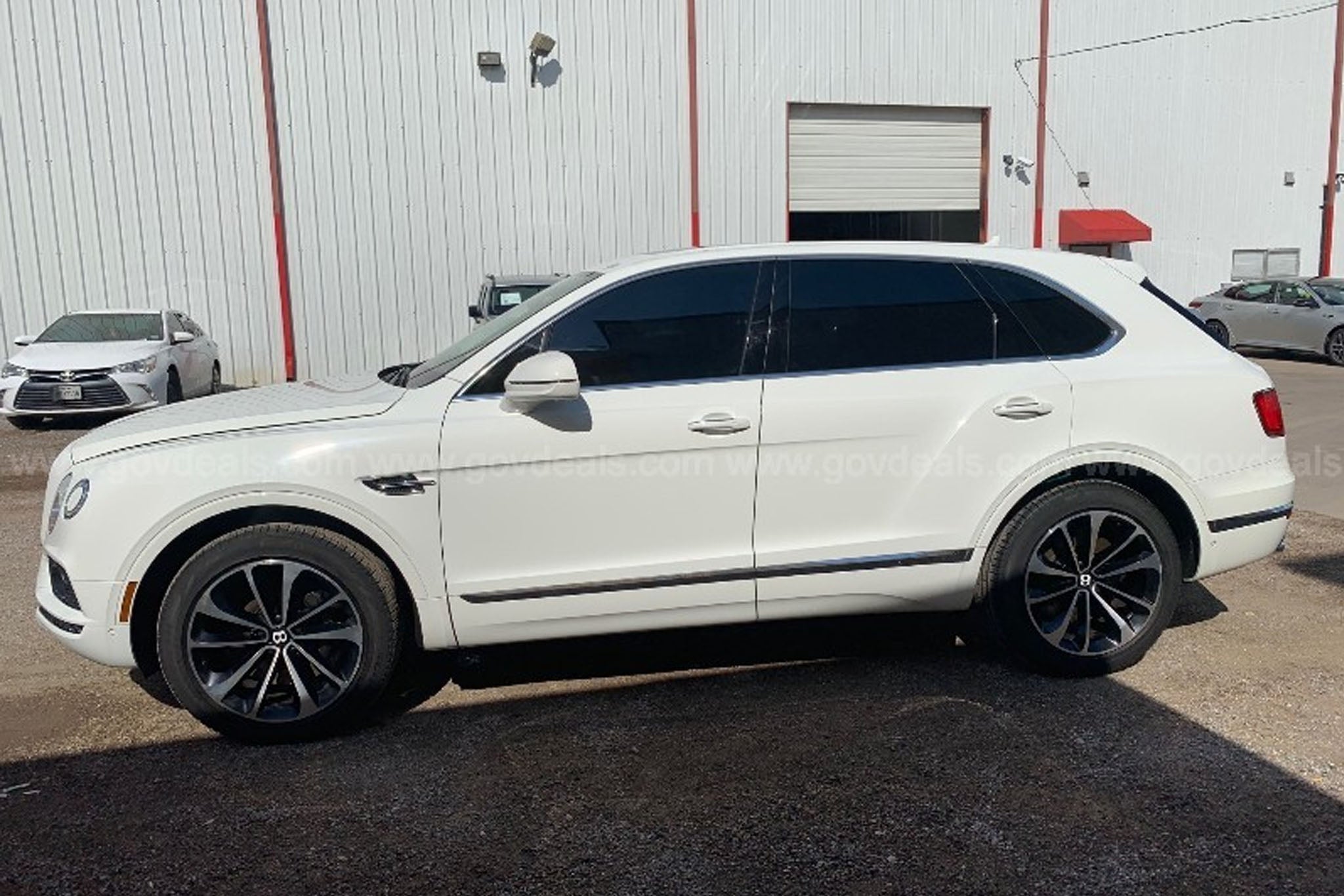 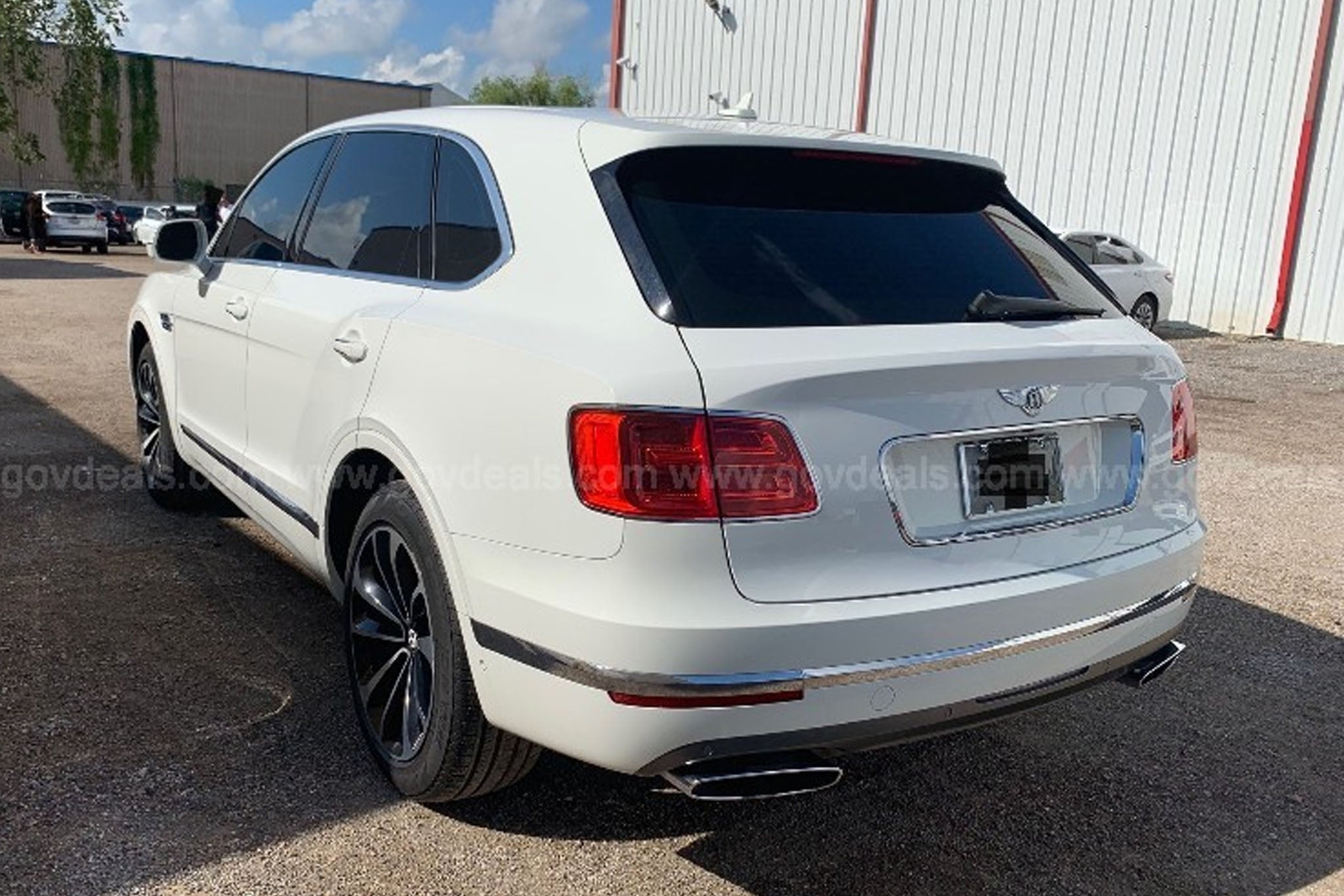 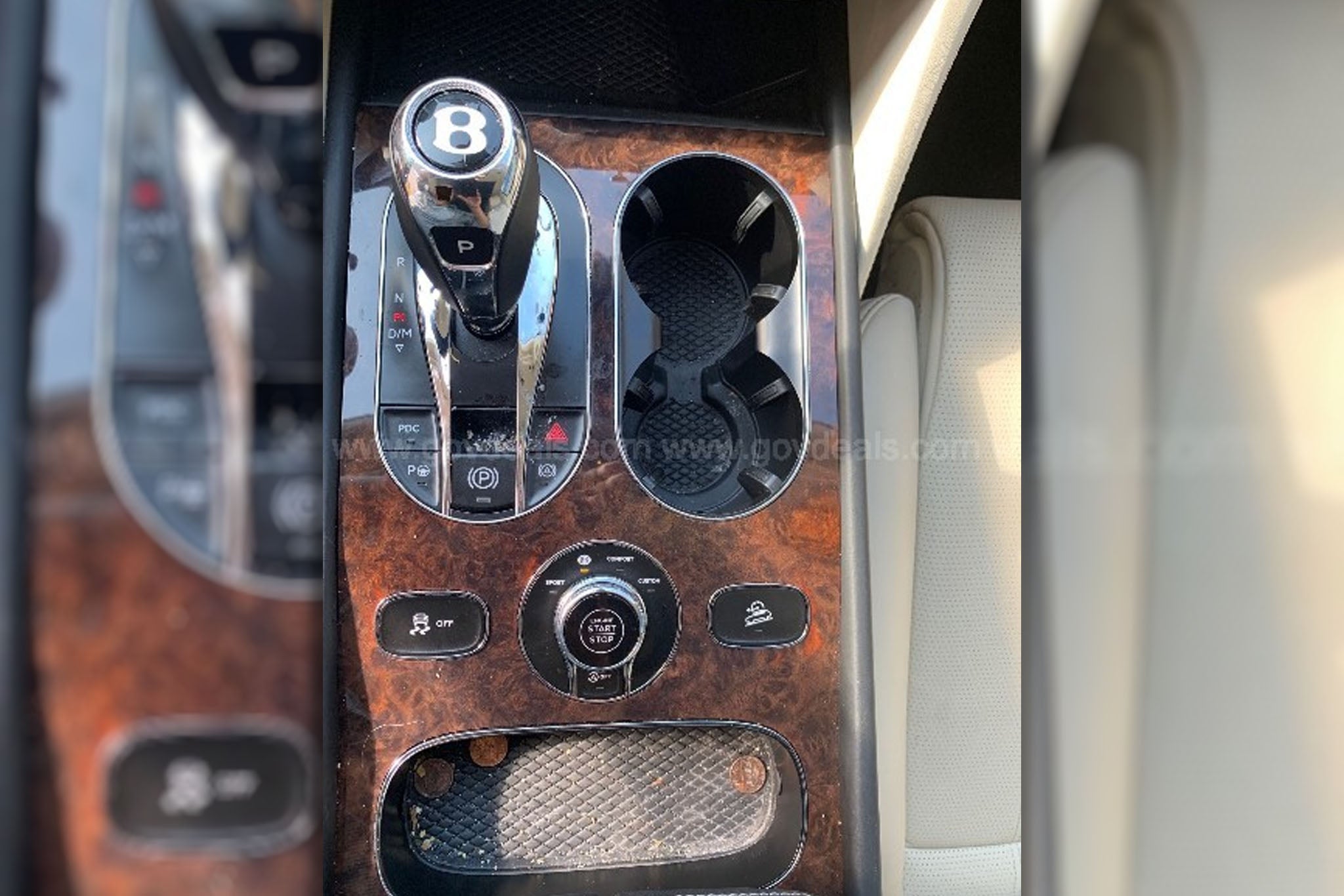 Speaking about the Bentley, Govdeals says “we have no history or records on it,” and confirms it was “never a part of the USPS fleet.” So it was never used to deliver mail—bummer. If it ever did, though, it would’ve done so quickly. This is not a lowly V8-powered Bentayga; it’s scooted along by the top dog 6.0-liter twin-turbo W12, which means 600 hp and 664 pound-feet of torque.

Searching the VIN I was able to determine that it has been listed for sale six times. It has reportedly been in two accidents as well, although the severity of the collisions is not stated. Govdeals states it runs and drives fine, and the minimum bid is set at $109,000. For reference, vehicles in similar condition typically sell for anywhere from $30,000-$50,000 more than that. If you bid this one up just right, it could be a steal. 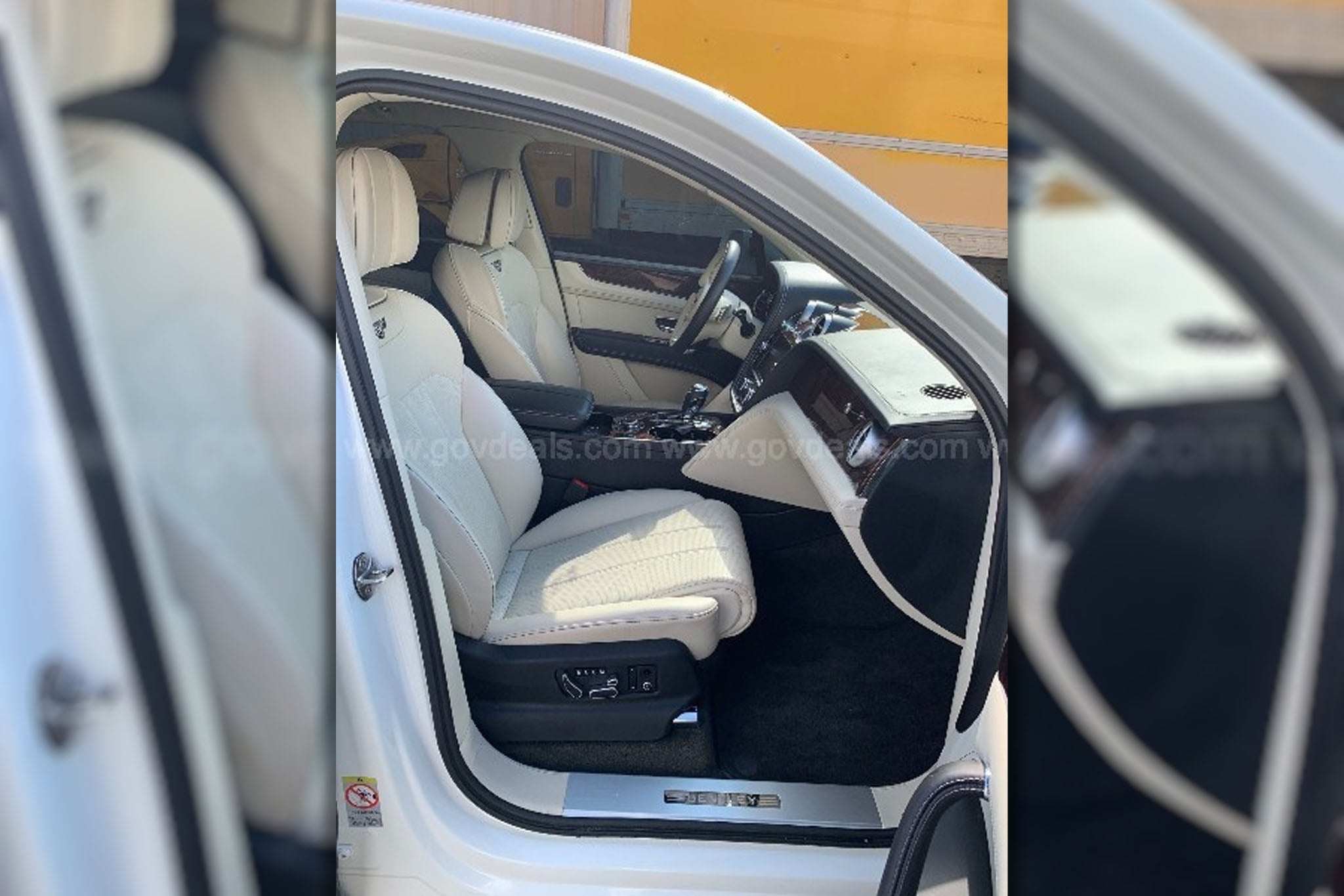 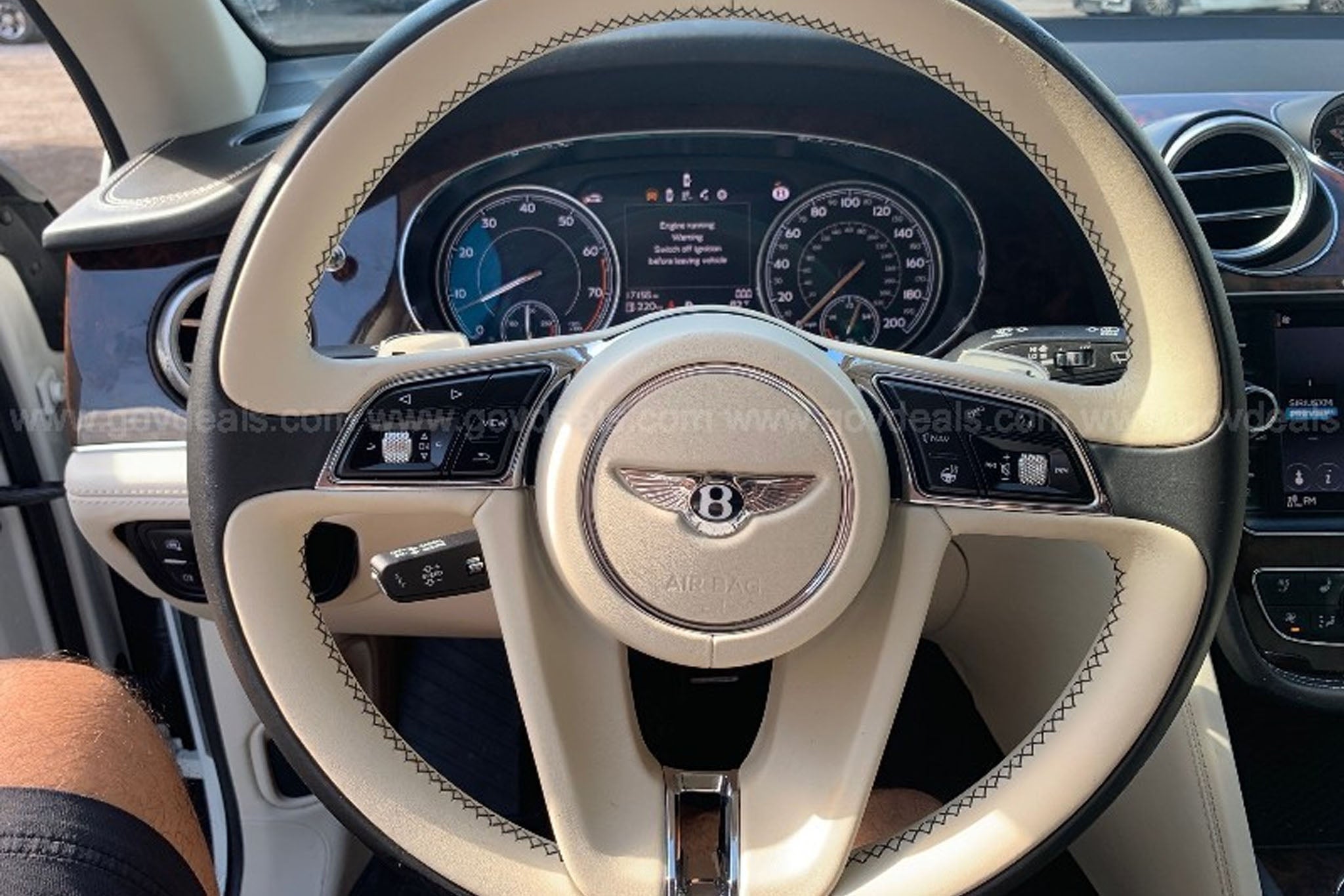 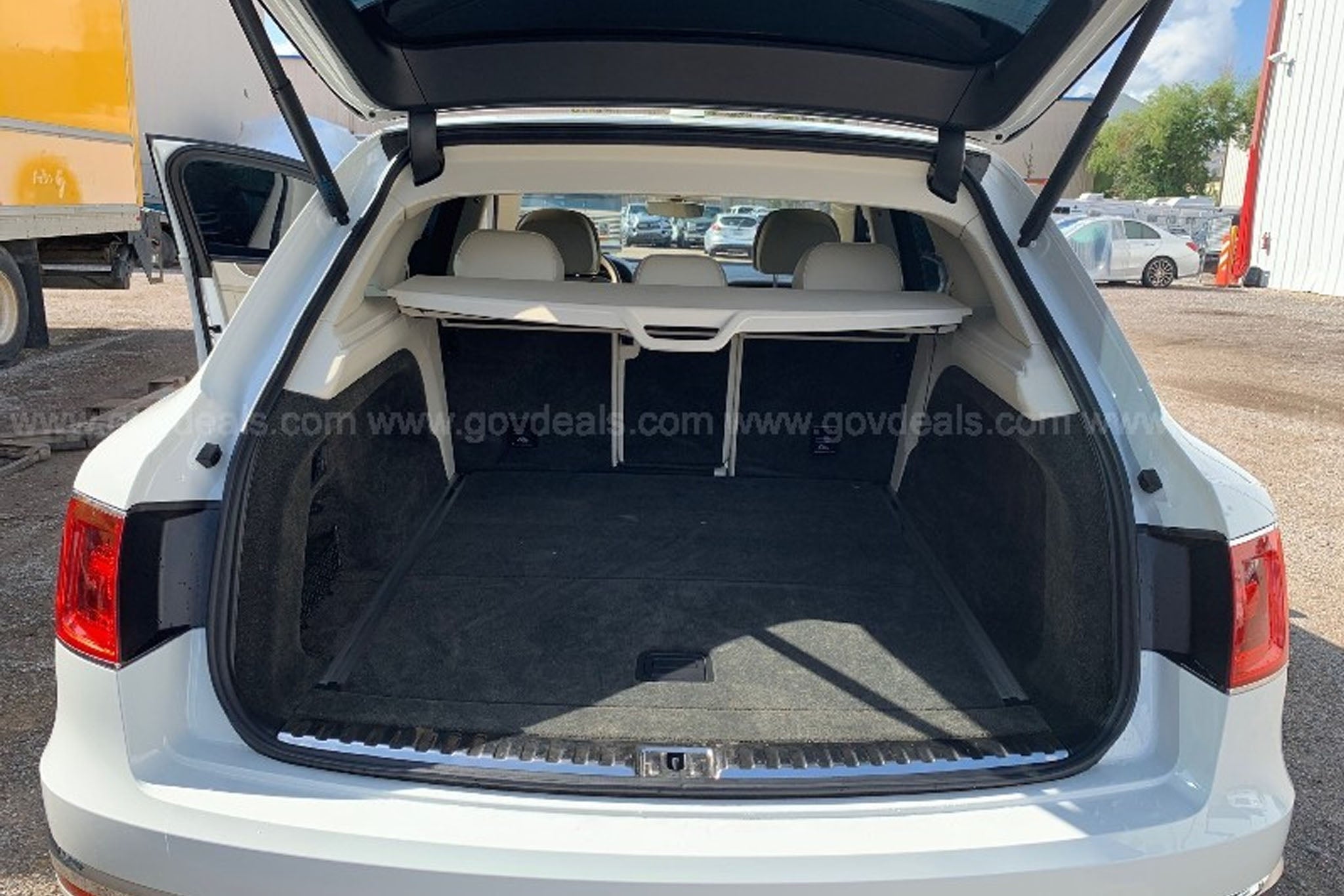 That being said, this thing seems sketchy, and I probably wouldn’t want to buy it. Who knows where it’s been and what those accidents really entailed? It’s something else if you’re paying five grand for an old Crown Victoria, but a $110,000 Bentley? Pretty risky. I would just wait until these get to be 10 years old and then pick one up for five bucks—and a friendly look—at your local used car lot. Depreciation is a beautiful thing.