A sad truth of prototype vehicles is that once they’ve fulfilled their purpose, they’re most often sent to the crusher. Because preproduction prototypes cannot be sold to the public or registered, automakers often choose to destroy them rather than keep them in storage. Such was the intended fate of Kia Motors U.K.’s very first Stinger prototype. However, an “unfortunate and mysterious delay” prevented the car from being picked up for its date with oblivion. That gave the Kia U.K. product and PR teams time to hatch a plan to save the special car, which was used for final testing and tuning for the U.K. market and appeared on Top Gear and on the covers of several car magazines. The 422-hp Stinger GT420 track car is the result of that plan. 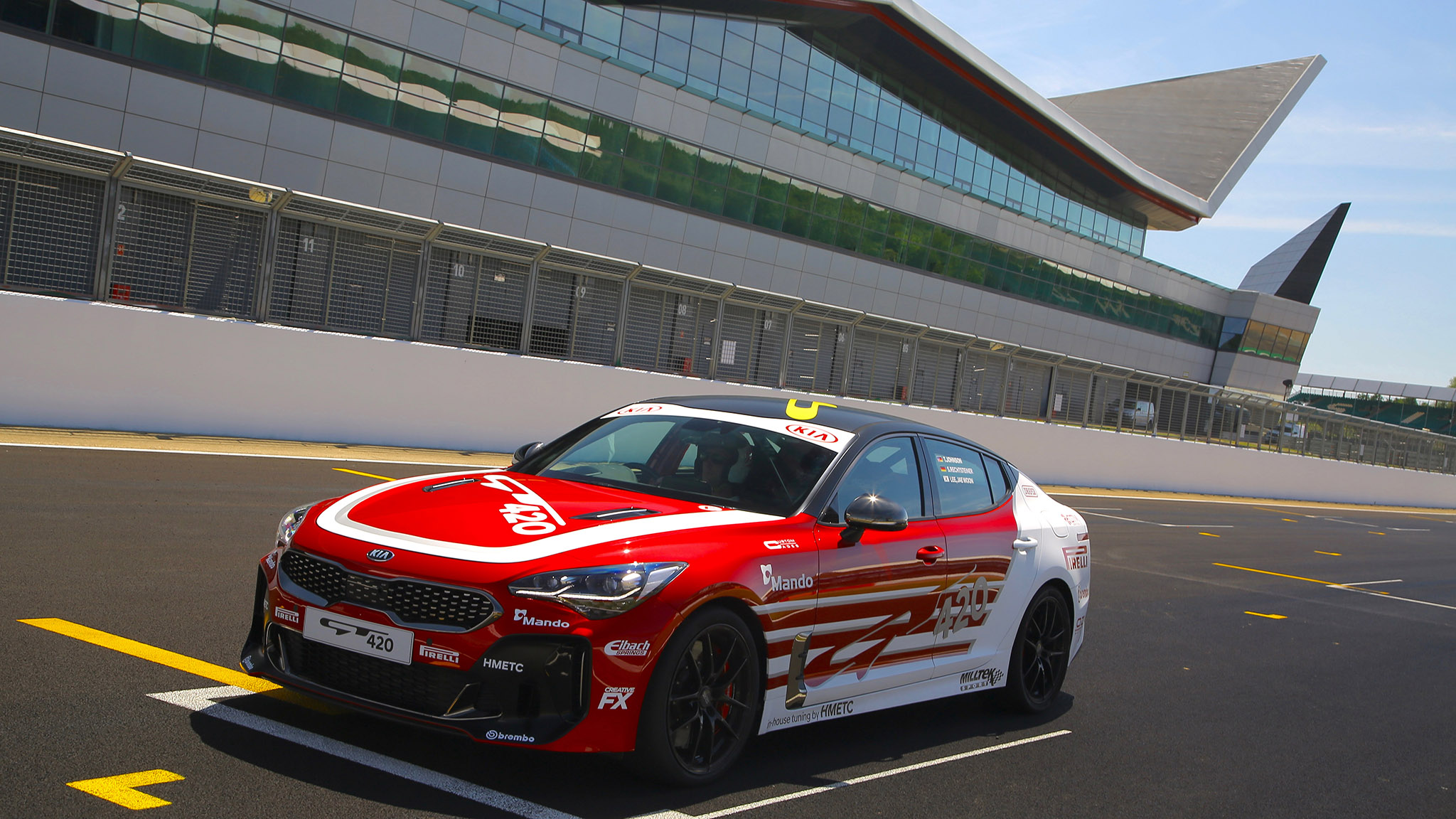 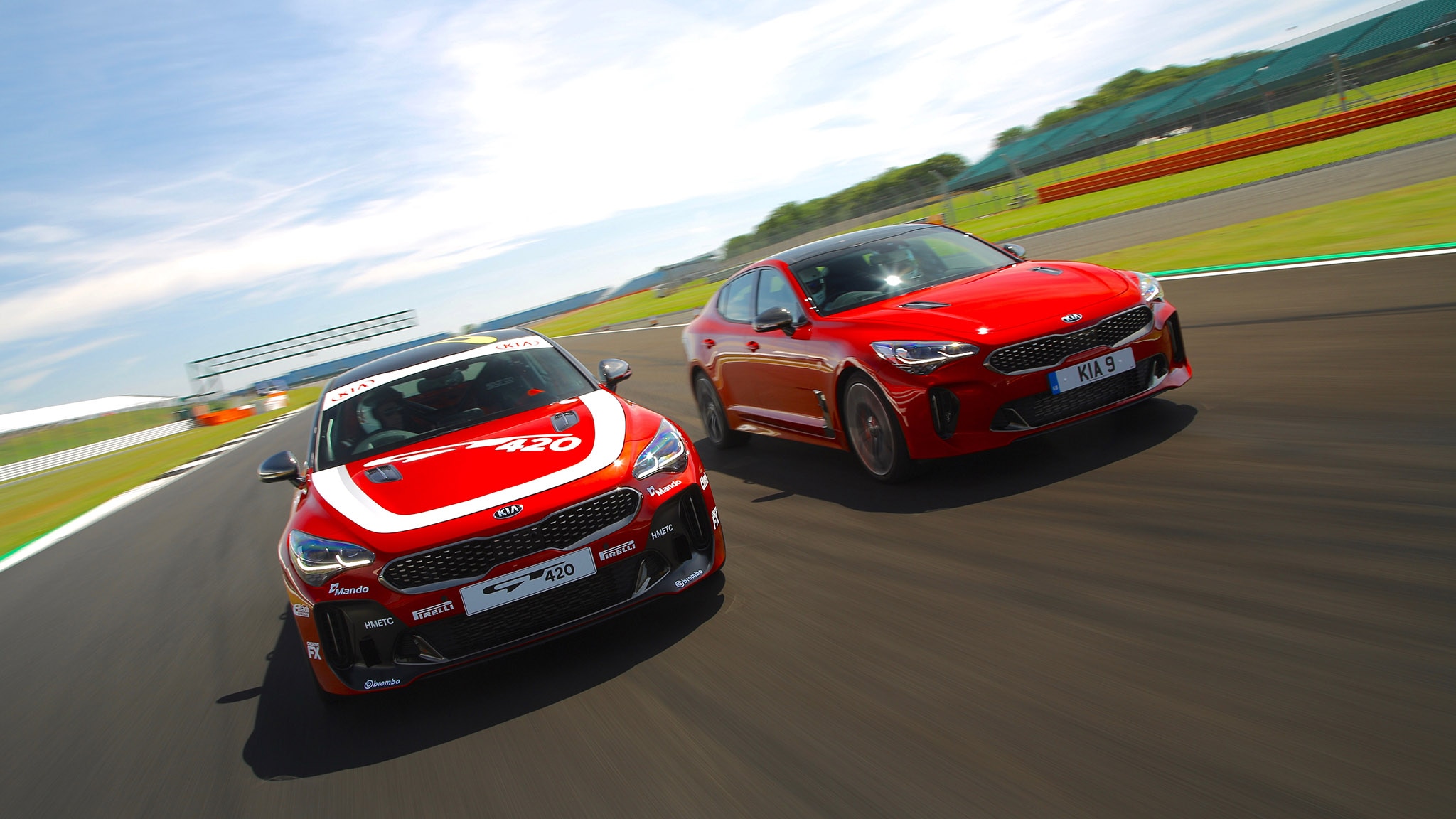 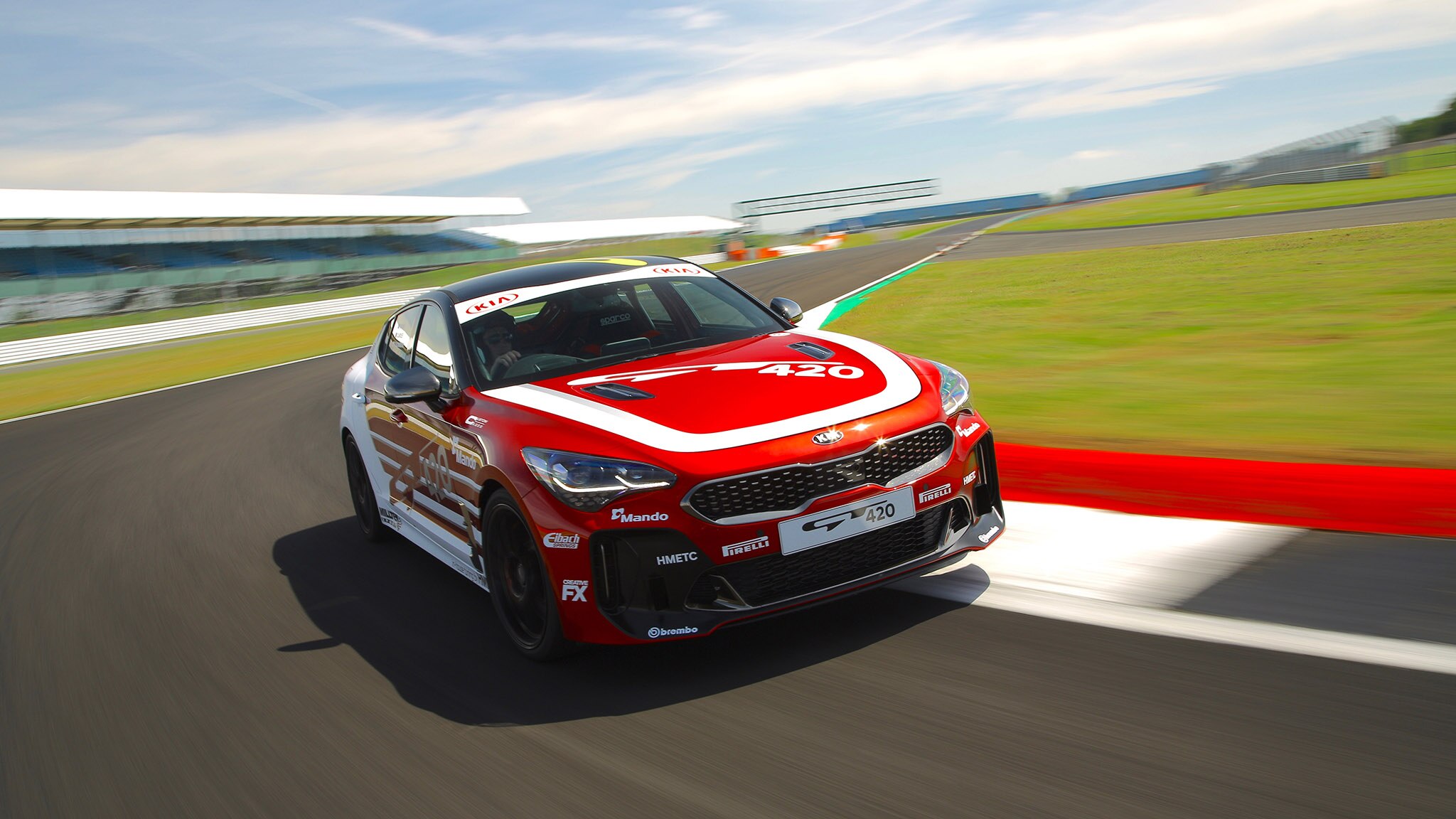 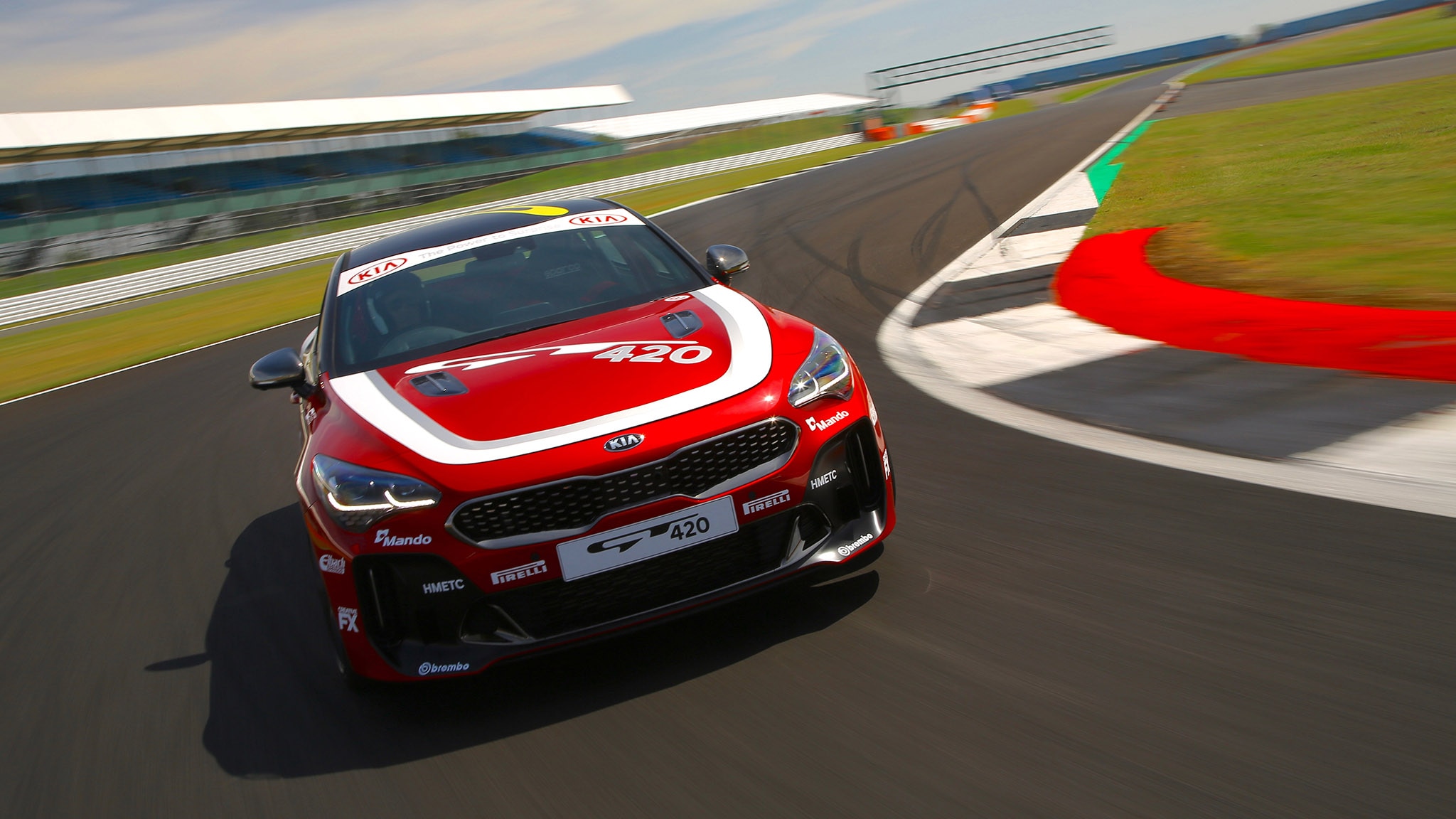 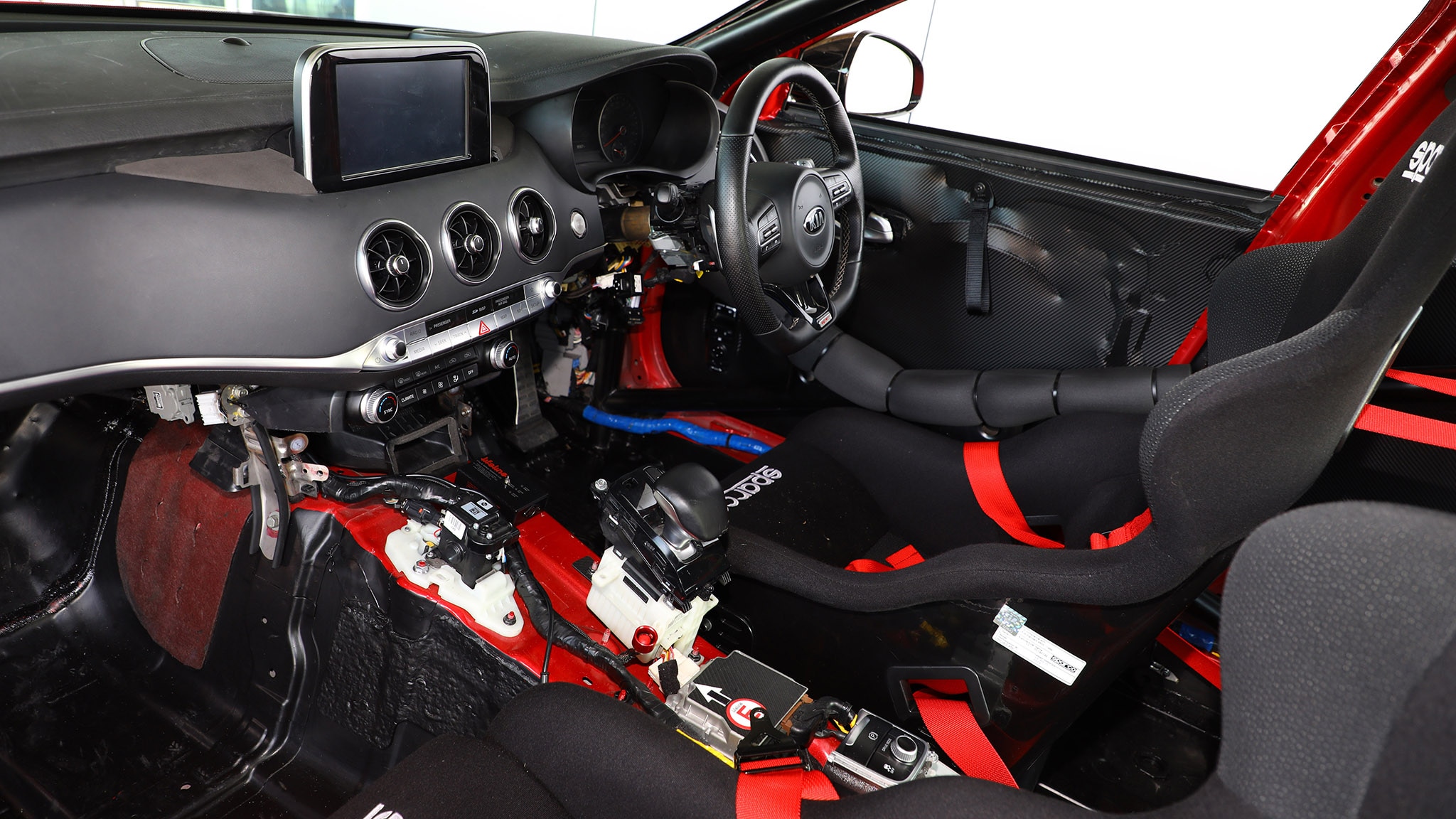 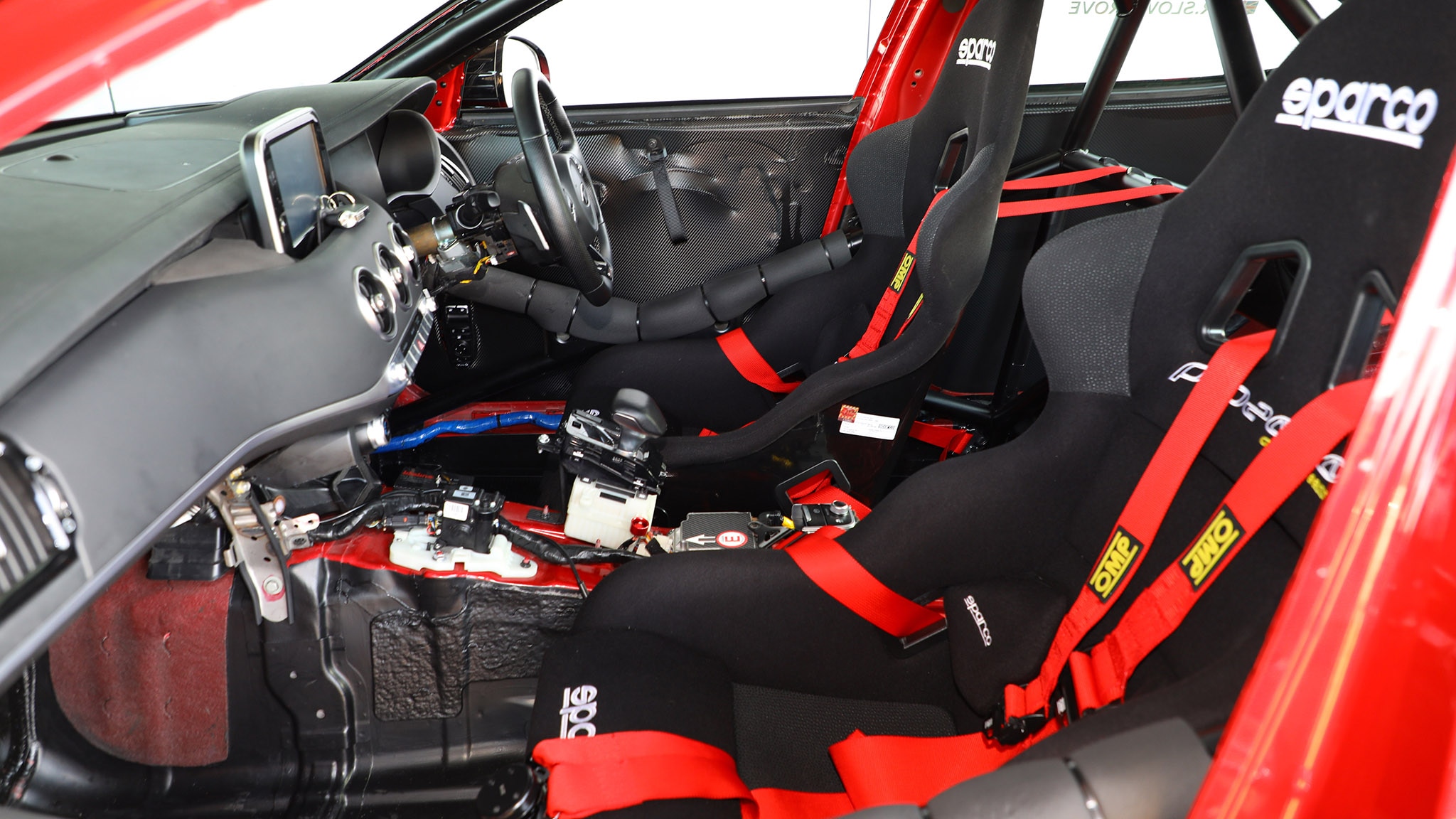 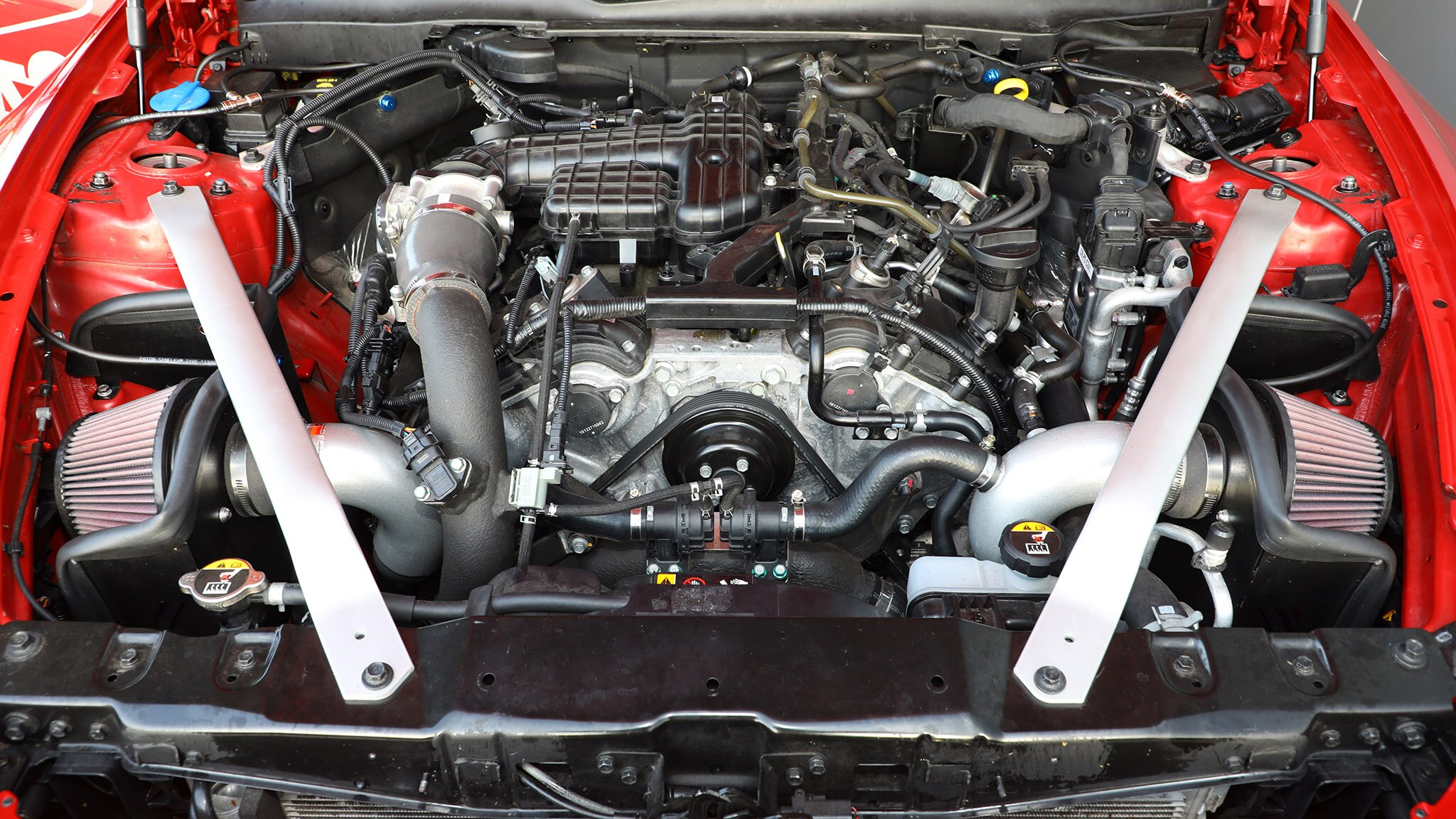 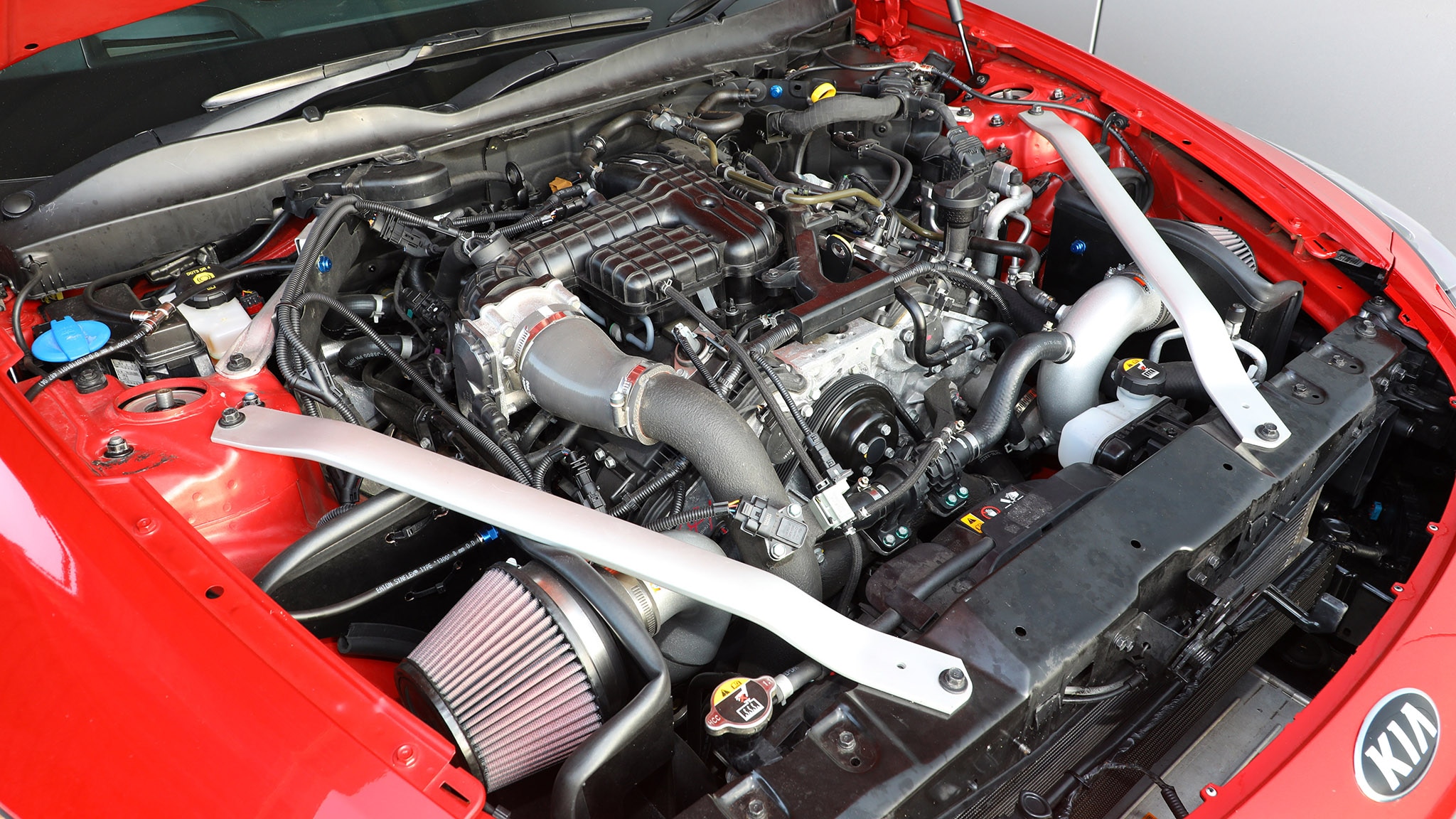 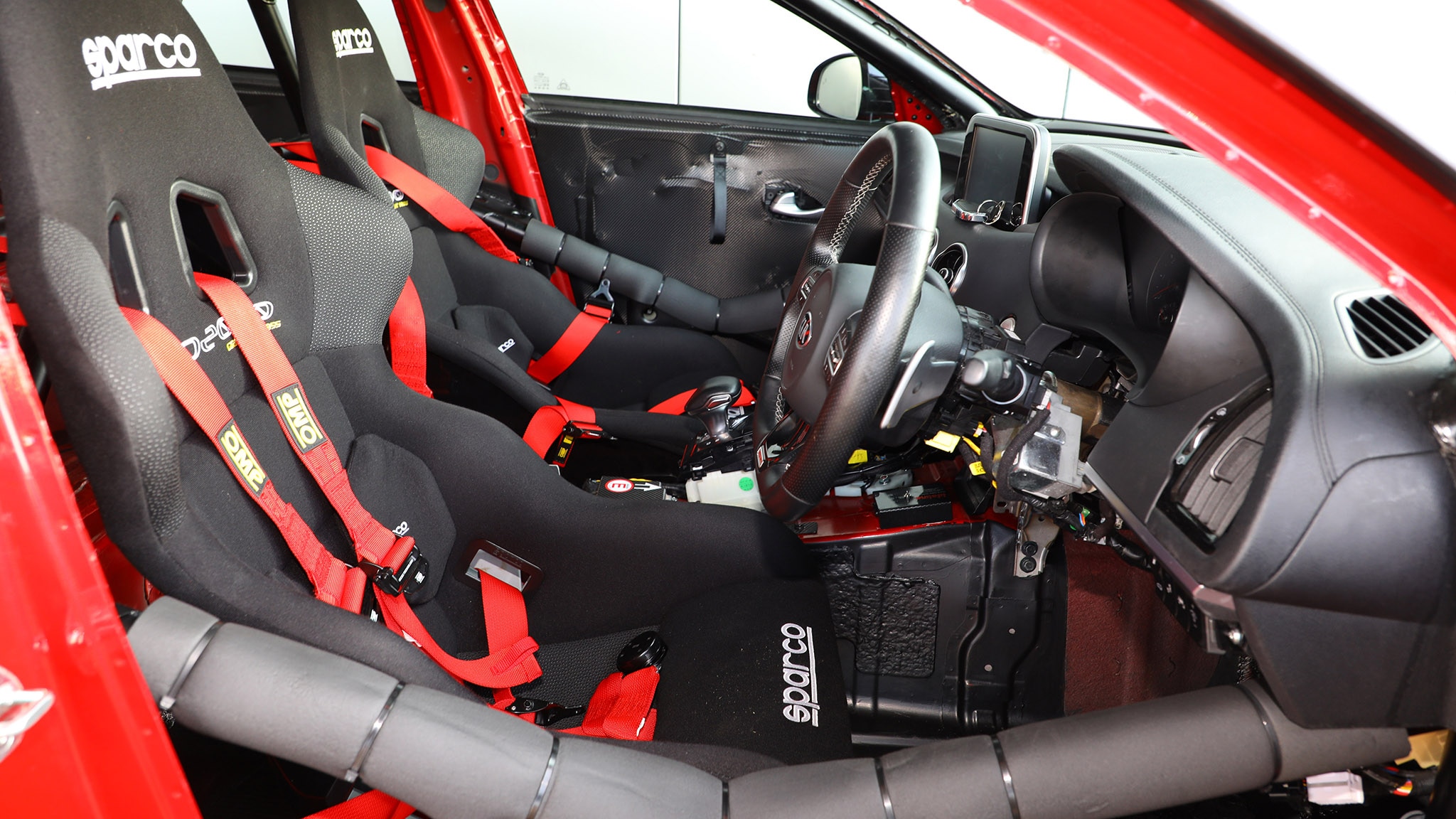 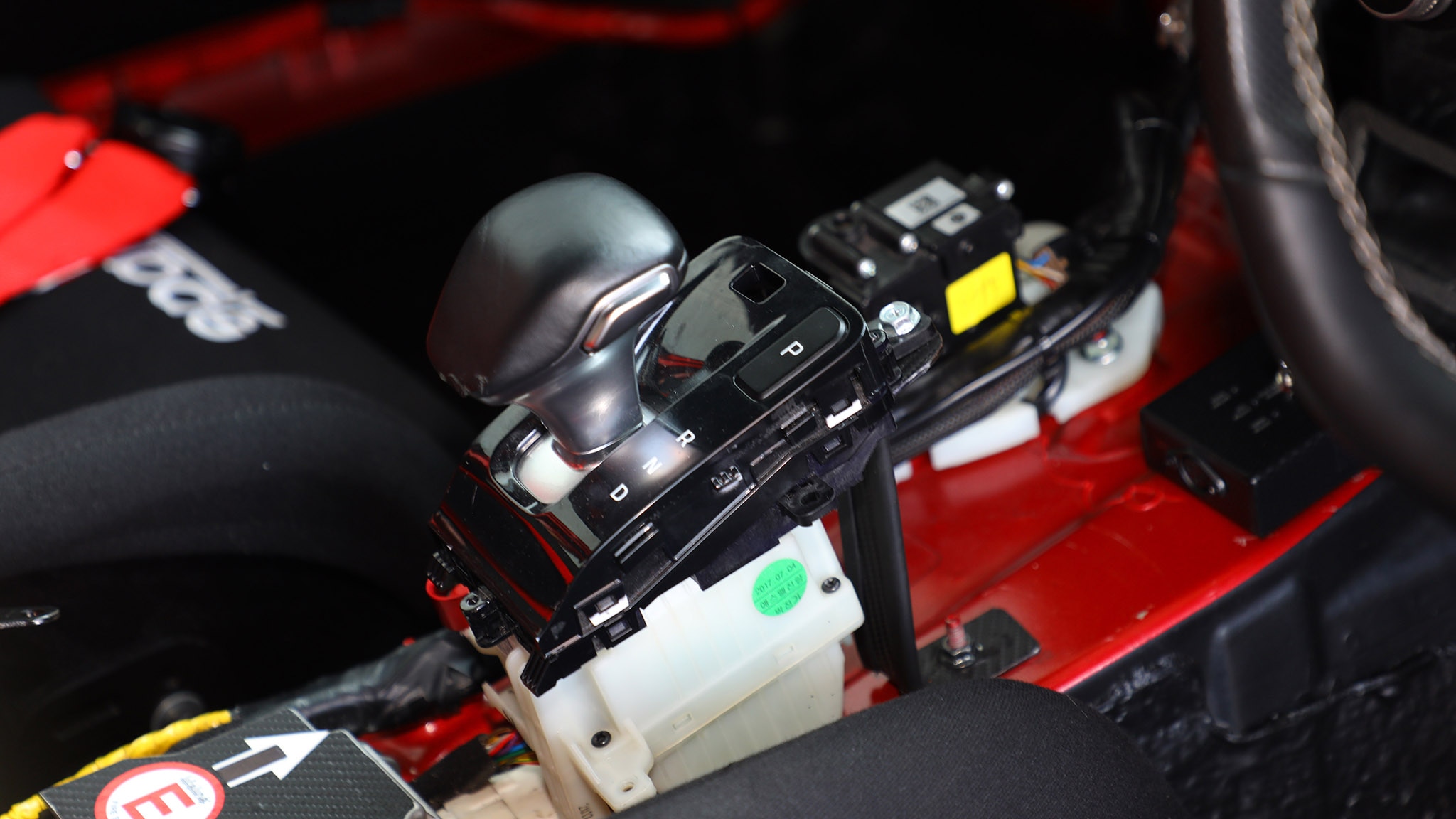 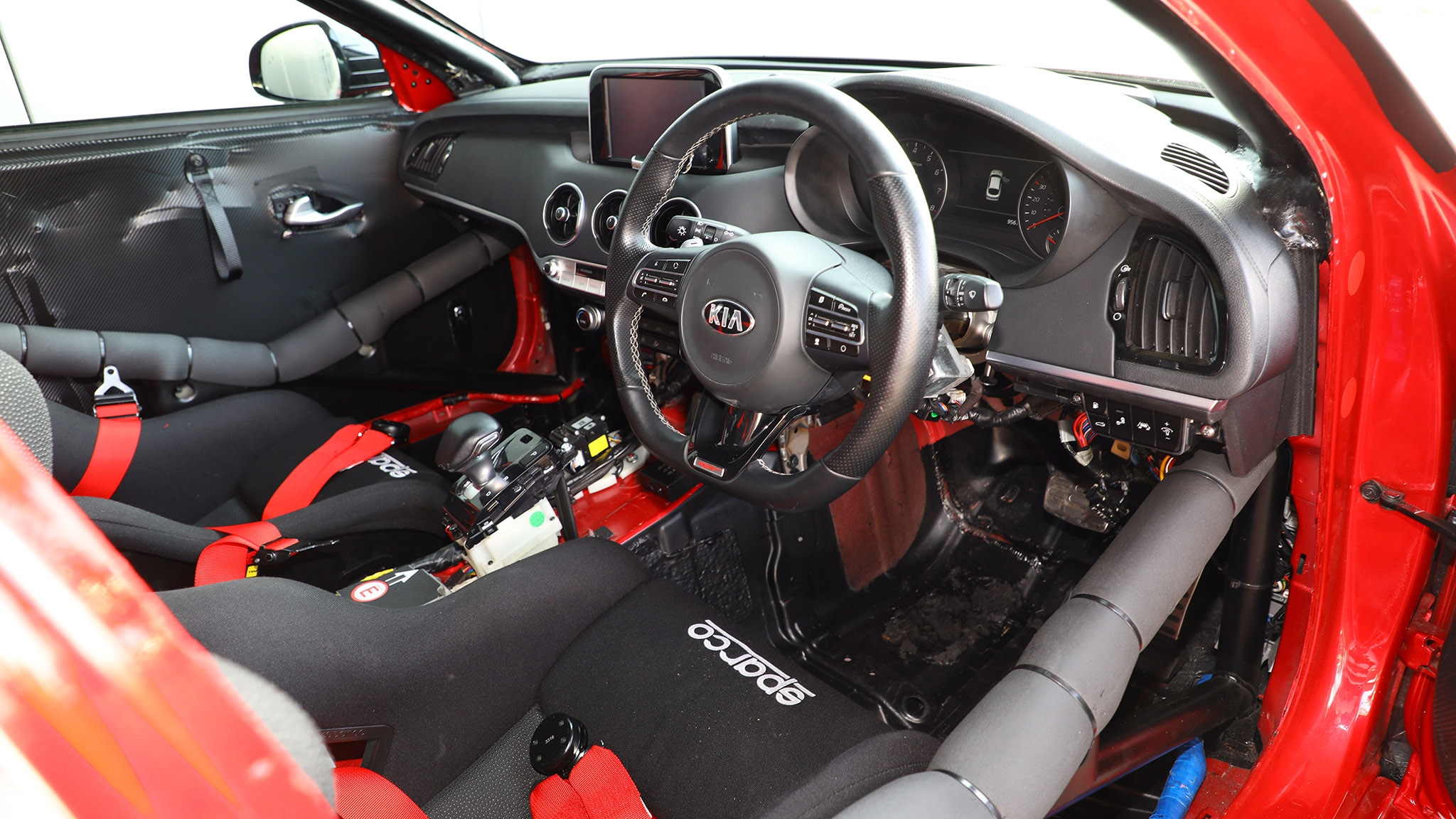 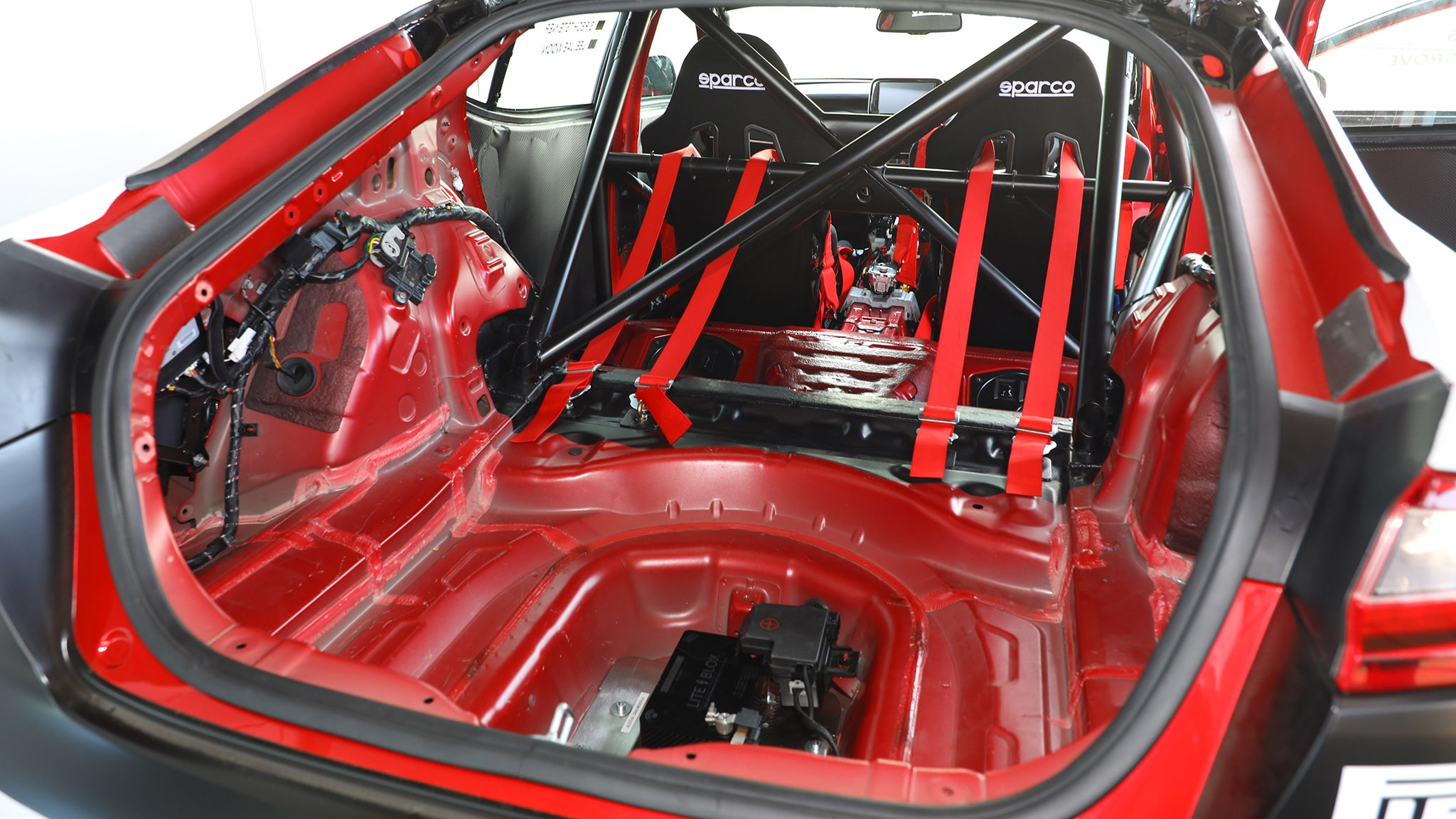 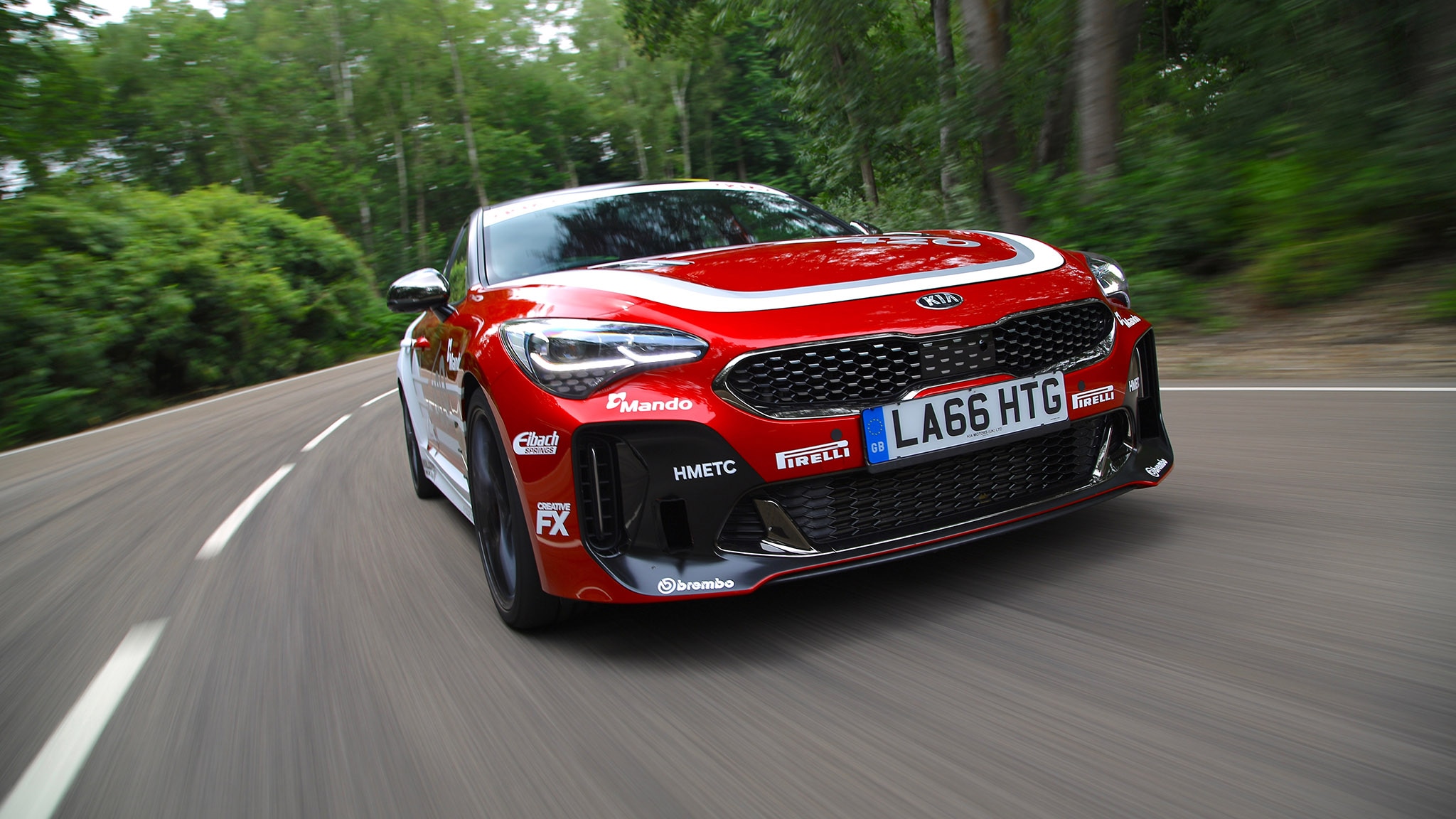 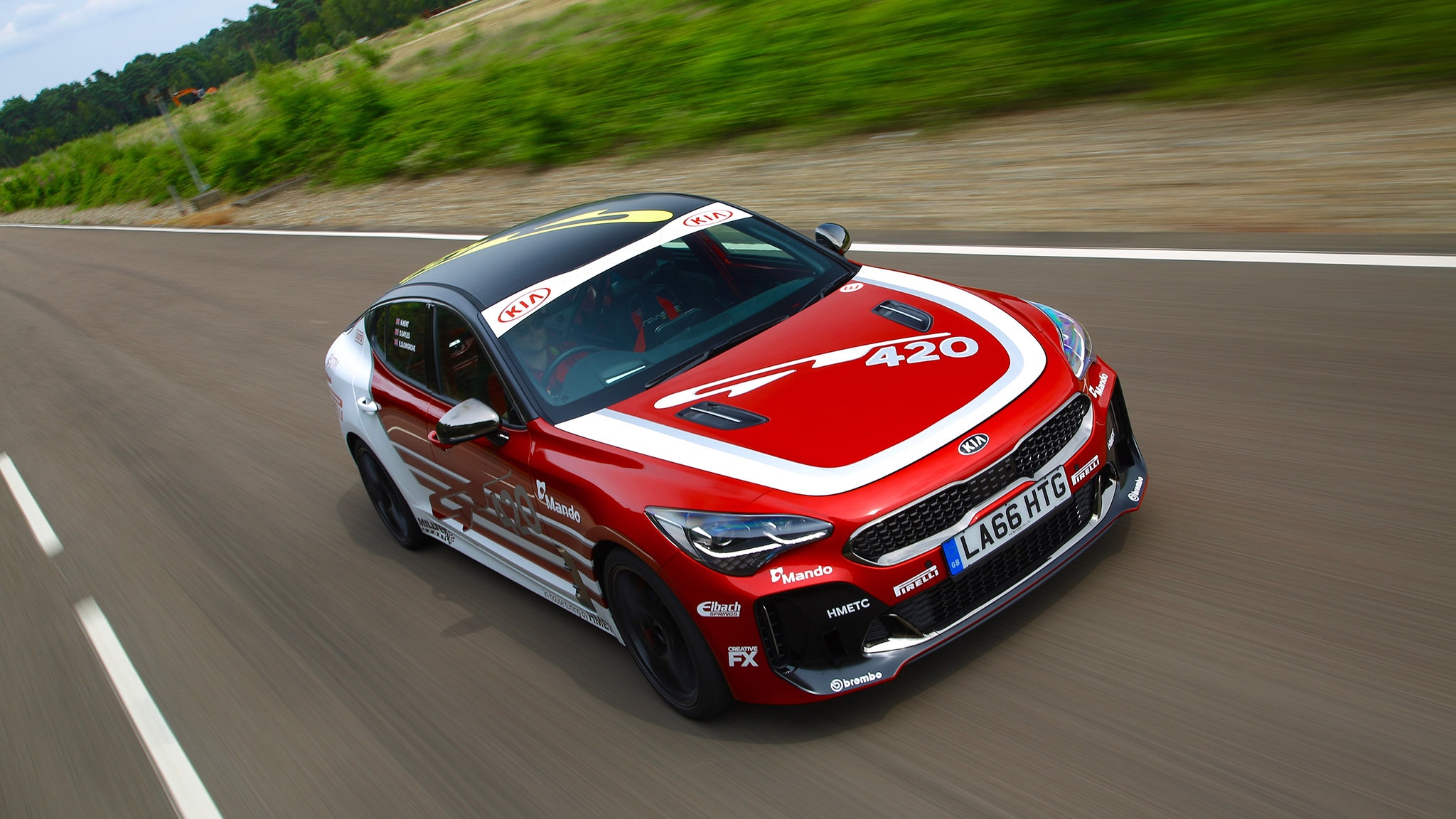 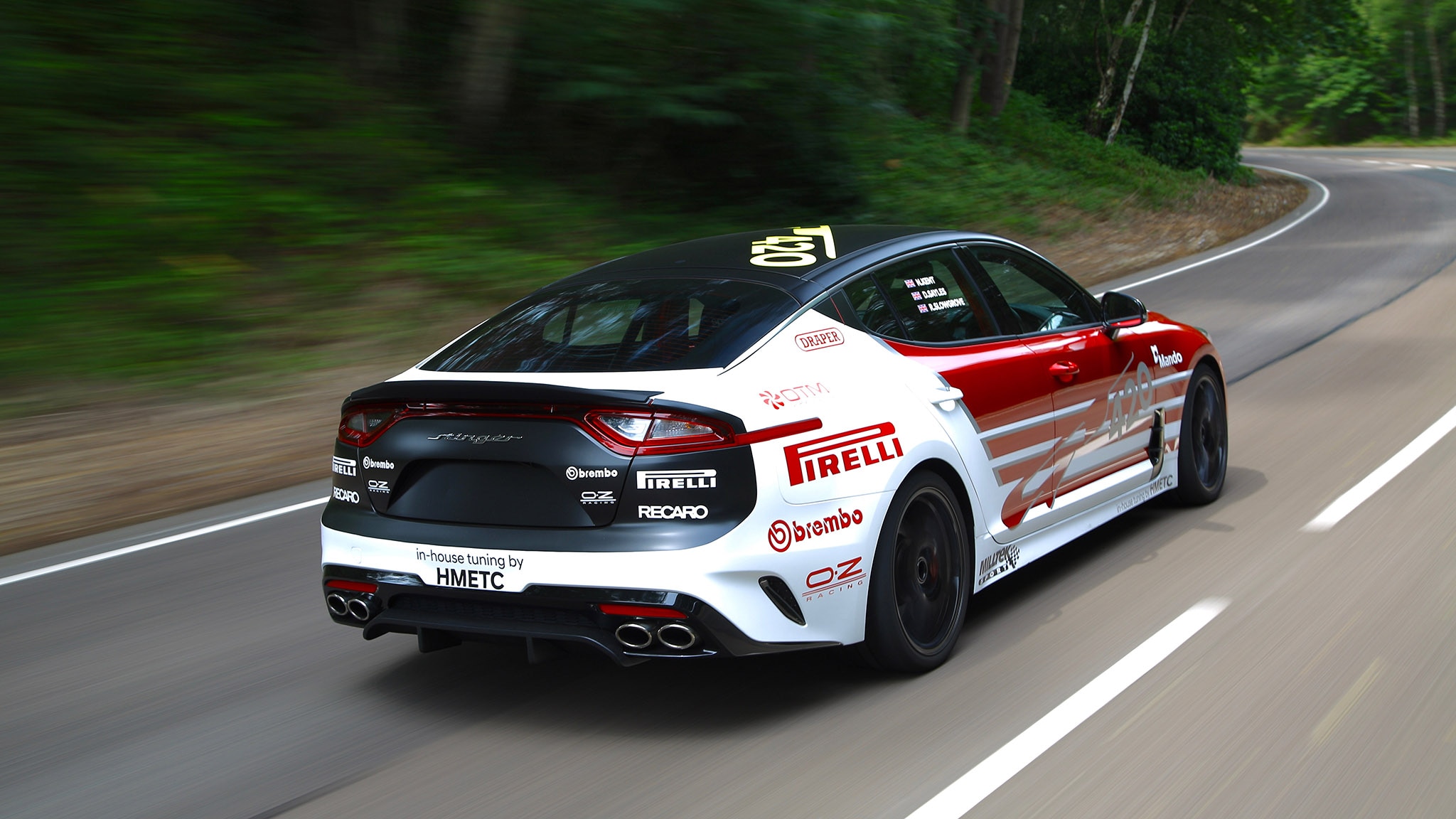 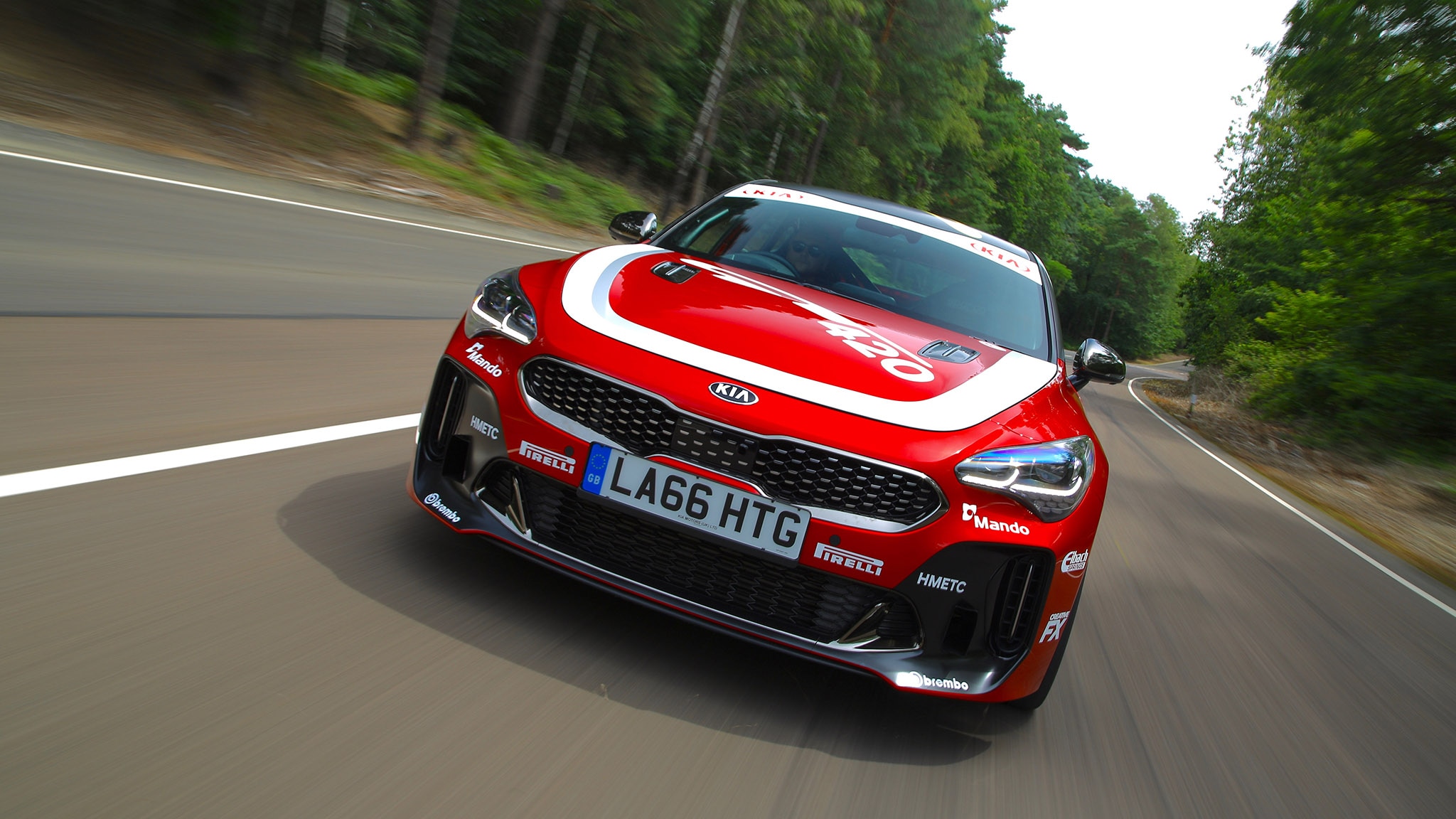 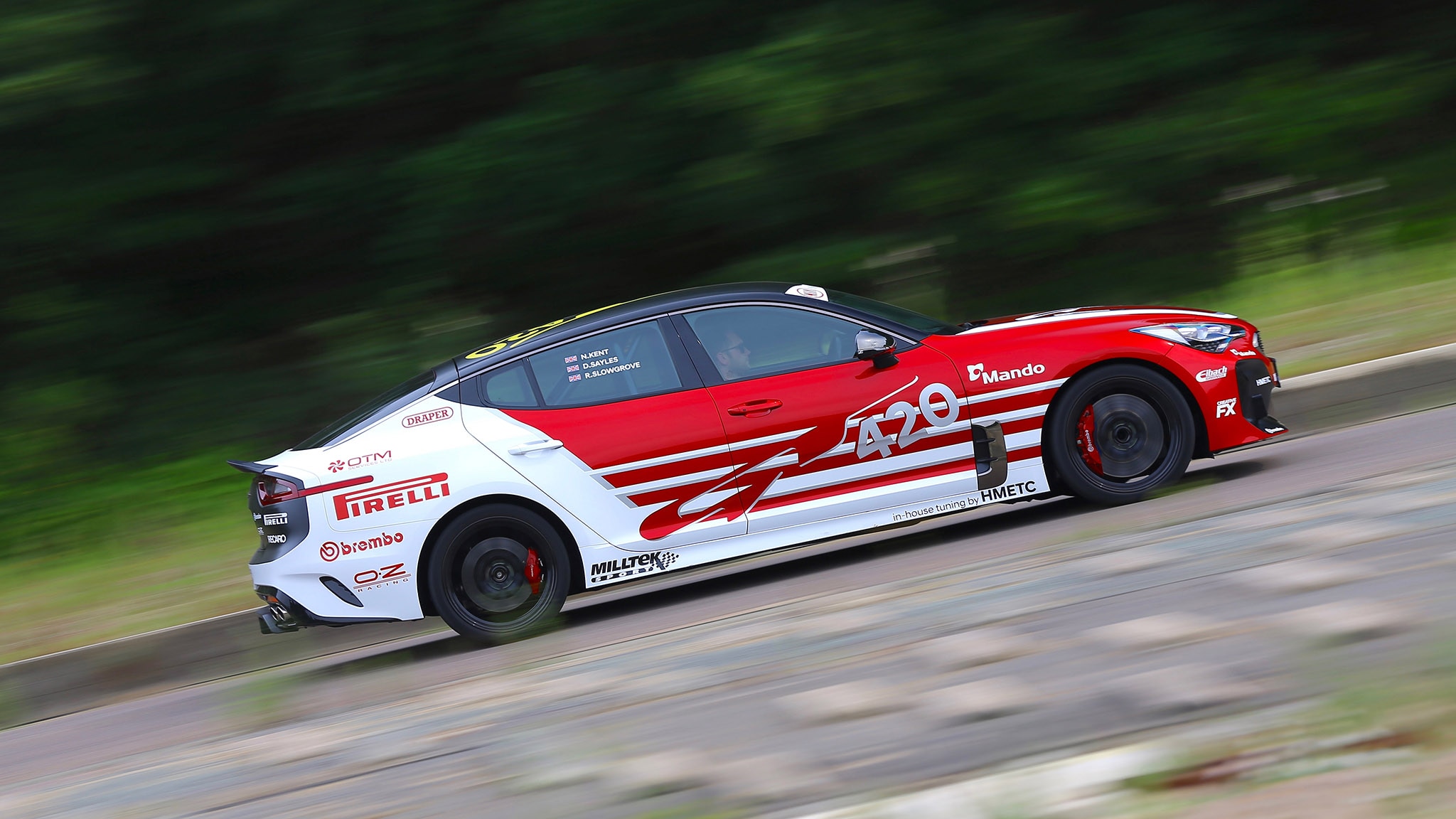 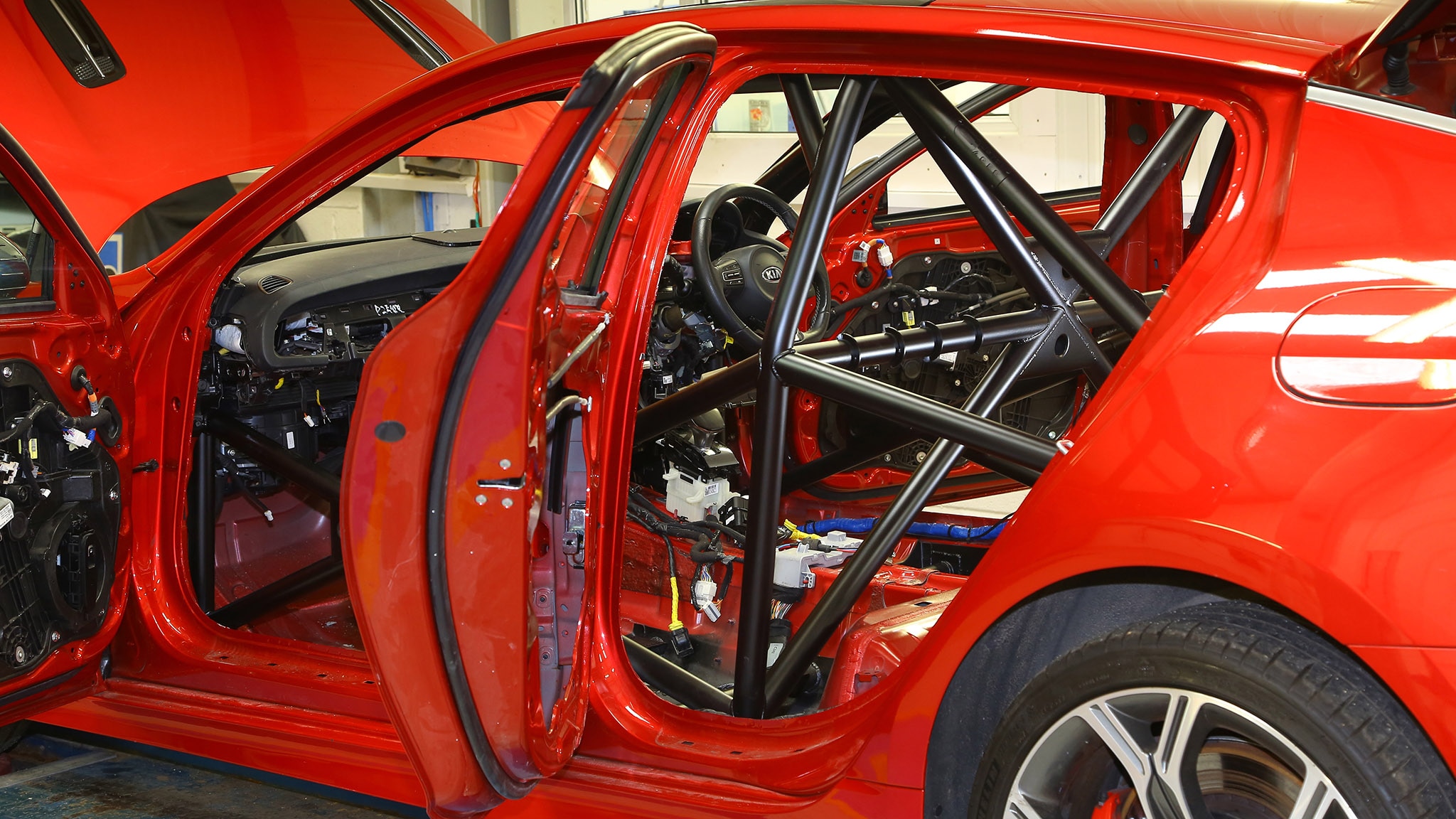 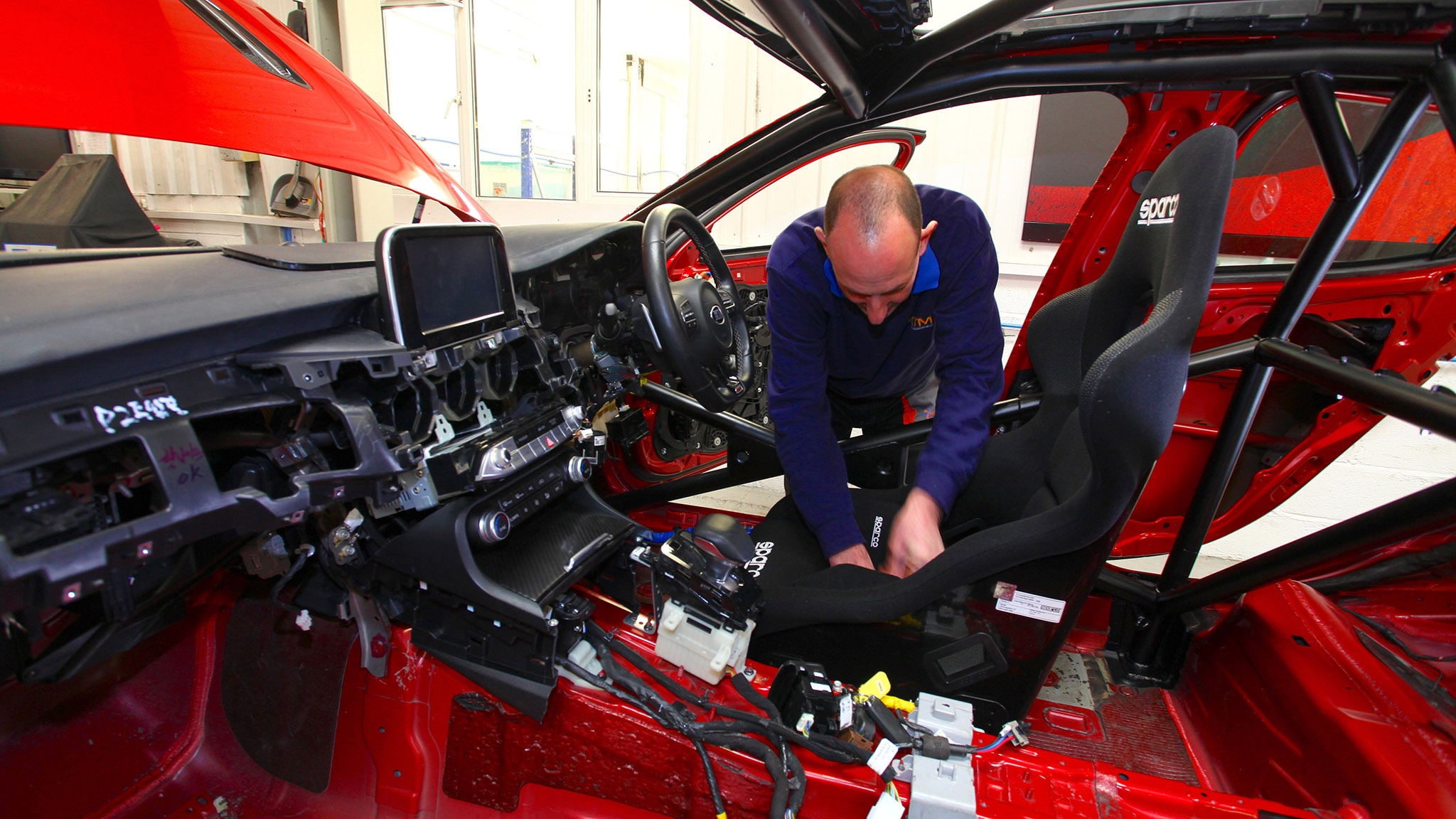 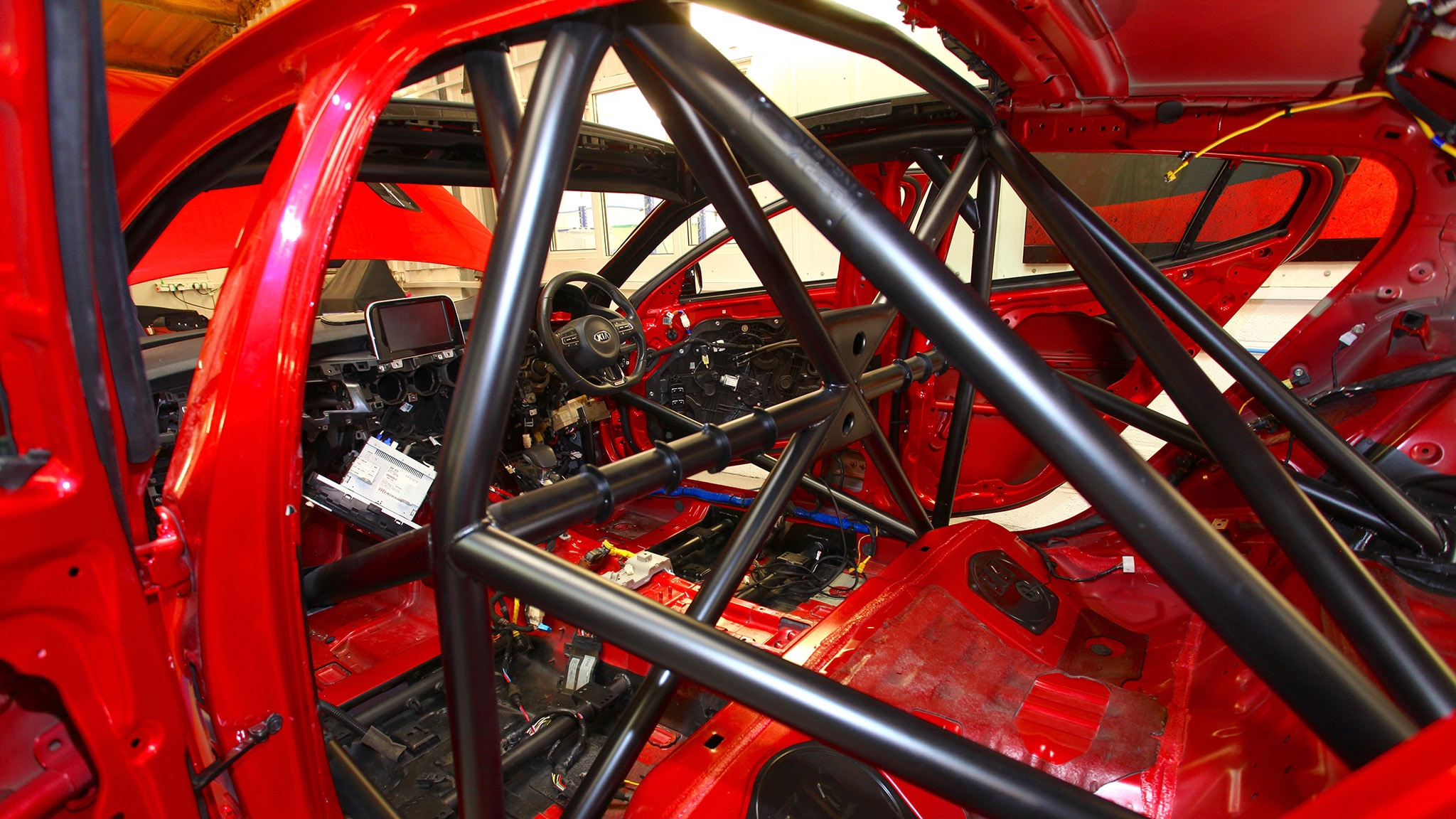 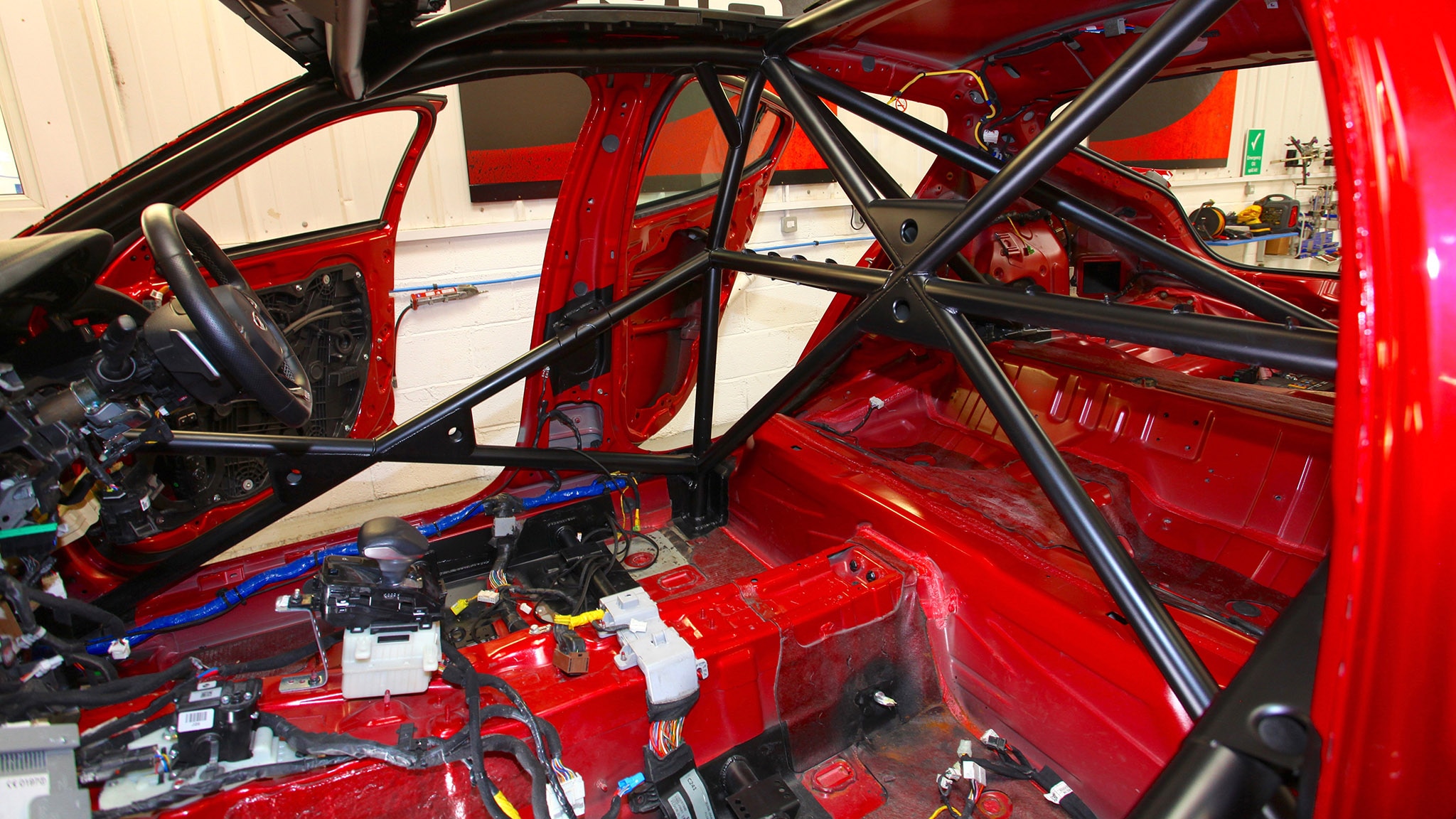 Once the teams got approval, the Hyundai Motor Europe Technical Center in Rüsselsheim, Germany, got involved. The powertrain specialists from HMETC added HKS spark plugs, a K&N high-flow air filter, and a lightweight Milltek Sport quad-tip exhaust with deleted catalytic converters. They also exchanged the stock transmission cooler for a six-row unit and recalibrated the eight-speed automatic for quicker shifts. The upgrades brought the Stinger GT’s twin-turbo 3.3-liter V-6 up to 422 horsepower and 413 lb-ft of torque, or 57 horses and 37 lb-ft more than stock.

With the emissions components removed, there was no turning back now. The interior was gutted and all parts not essential for track duty, including window regulators, parking sensors, and the sunroof, were removed. In total, the conversion shaved off nearly 330 pounds—and that’s after a roll cage, racing bucket seats, harnesses, and a fire extinguisher were installed. The project rides on lightweight OZ Racing wheels wrapped in Pirelli Trofeo R performance tires. The front crossmember was modified to grant 2.5 degrees of negative camber, and the front anti-roll bar was increased to 25mm while the rear bar was swapped for a 17mm unit. The stock dampers were retained, but the adaptive damping system has been disabled in favor of a fixed-rate setup tuned for the track. The GT420 is lowered on Eibach Pro springs and relies on six-piston Brembo front brake calipers and 15.0-inch rotors to stop.

To complete the track car look, a Stillen front splitter and rear diffuser were installed, along with an Air Design rear spoiler. The Stinger GT420 will never prowl the streets again, but spending the rest of its life at the track sure beats the scrapheap.