It’s something to think about: “How organic is your farm if your diesel tractor is spewing particulates all over your strawberries and tomatoes?” That’s a question posed by Dean Case, who handles communications for Motivo, a Los Angeles tech development company that looks to answer that question with “the world’s smartest, fully electric, autonomous tractor.”

That’s per Monarch, a Livermore, California firm that has just introduced a fully electric tractor that, the company says, can save the average farmer about $45 a day in fuel alone. 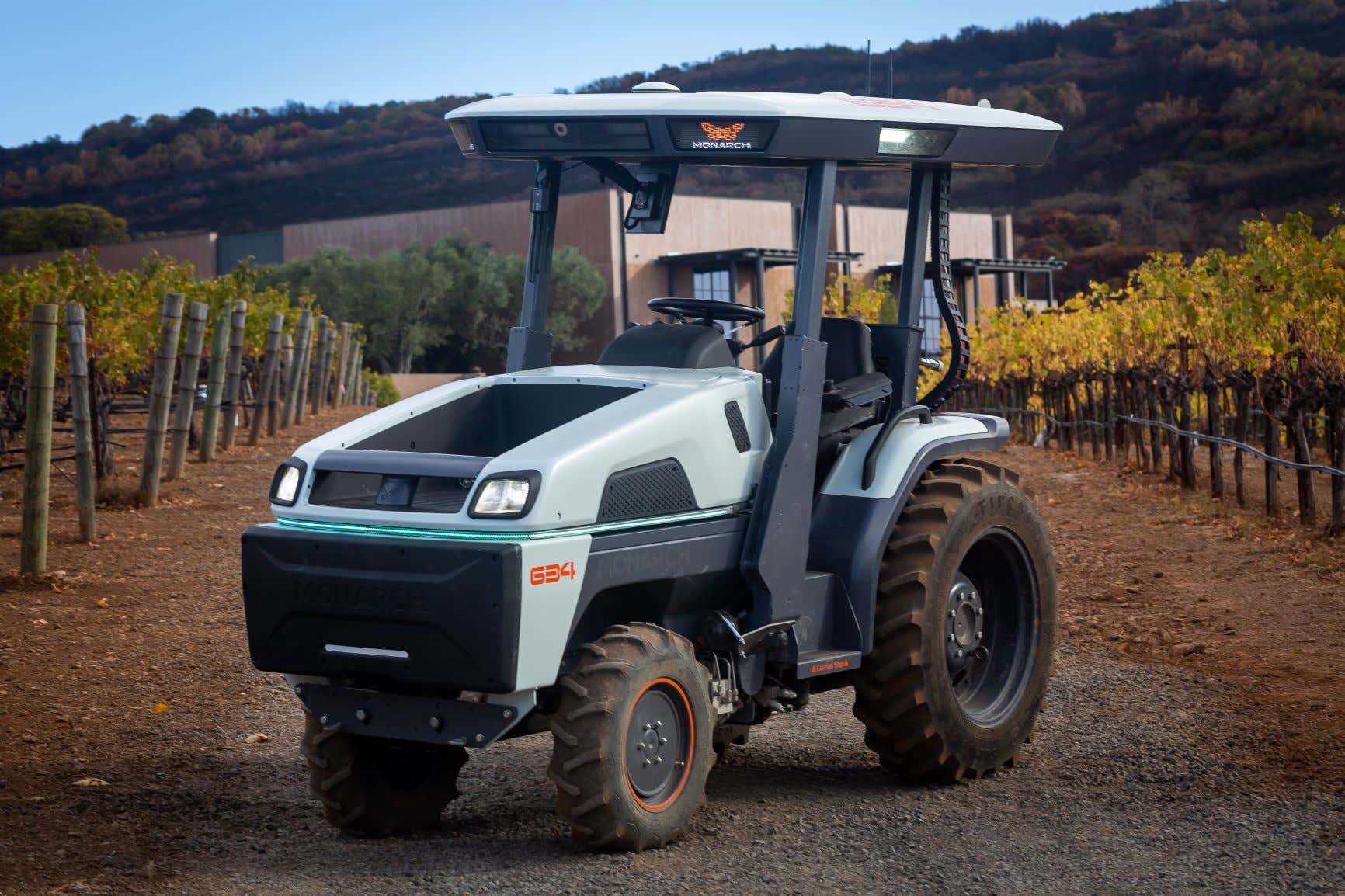 The compact Monarch is powerful—the electric drivetrain is capable of providing 40 horsepower continuously and, in short durations, peak power reaches 70 horsepower. No specific torque figure has been announced, though Monarch claims “double” that of a conventional tractor presumably in the same size class.

It’s capable of sending full power to the PTO (Power Take-Off), which hooks up to existing accessories such as mowers or plows. In a launch video for the tractor, Monarch also mentioned its generator capabilities that can support a moderately-sized welder. Its small footprint also enables it to navigate vineyards and other closely-spaced crops without issue.

Monarch claims 10-plus hours of operation time, and the battery’s charge is replenished in four to five hours. When juiced up, the electric tractor has a lift capacity of 2,200 pounds with a three-point hitch out back. Four-wheel drive is optional, making this agile piece of machinery plenty capable in the fields, too.

It’s capable of driverless operations, recognizing humans and livestock that may get in its way. It’s also able to notice gestures from human operators standing in front of it when moving at low speeds, turning and stopping when instructed. That’s all part of the Gesture and Shadow modes, in which the Monarch follows a worker on the job carrying whatever supplies or implements that are hooked up at the time.

Finally, Monarch says it developed its electric tractor with the goal of 20-plus years of continuous service life. That’s respectable, and not just for battery-powered machinery.

The base price is $50,000, and the tractors will be built in Livermore for the time being.