Earlier this week, Land Rover unveiled the 2022 Defender which will, most notably, mark the addition of a supercharged V8 option. Now, the company has announced just how much change it’ll cost you to get into its eight-cylindered 4×4. When the Defender V8 goes on sale in the U.S. this summer, the two-door 90 version will start at $98,550 while the four-door 110 version will cost $101,750 after destination.

In case you missed it, the most powerful factory LR Defender ever uses a 5.0-liter supercharged V8 making 518 horsepower and 461 pound-feet of torque, enough to push the luxury off-roader to 60 mph in 4.9 seconds and to a top speed of 149 mph. 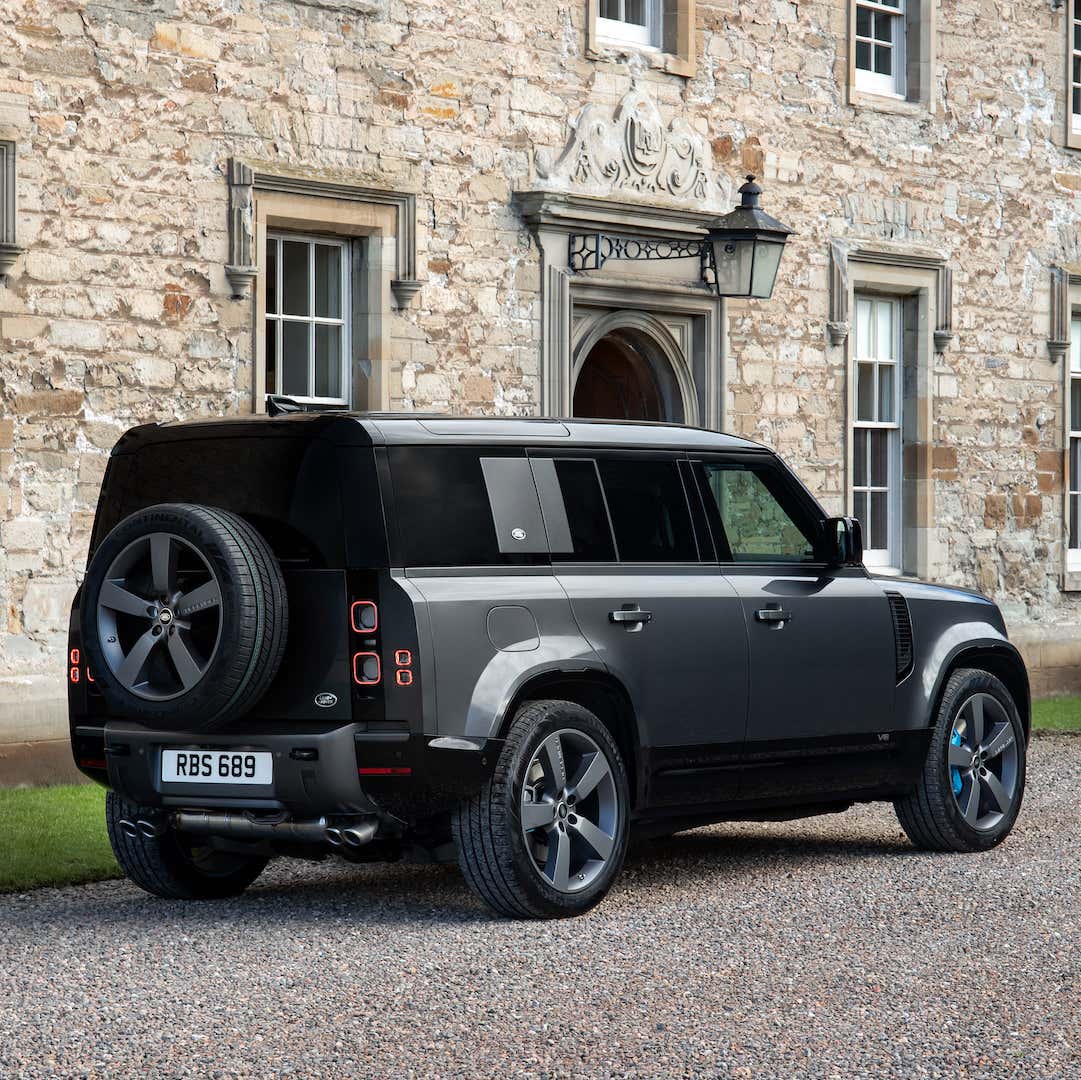 Either body style of the new V8 Defender can also be had as a Carpathian Edition, which mostly alters the way the truck looks. Adding $6,800 to the price, this bundles in an exclusive Carpathian Gray metallic paint job with black contrast roof, tow hooks finished in satin black, a front grille bar, blue brake calipers, and, believe it or not, glossy skid plates, something that should tell you everything you need to know about the intentions of this particular trim of Defender’s target audience.