Needless to say, the expensive Turbos were even more difficult to find buyers for, and so before moving on to its final air-cooled 911 generation, the 993, Porsche upgraded the 964 Turbo to the Carrera 2/4’s 3.6-liter engine, now turbocharged to produce 355 horsepower and 384 pound-feet of torque. That resulted in a zero-to-60 run in four seconds flat, and the quarter-mile in 12.2 seconds at 117 miles per hour. With the extra power came two-piece,b  18-inch alloys wrapped in Yokohama tires, variable-ratio power steering, ABS brakes and airbags for both driver and passenger. 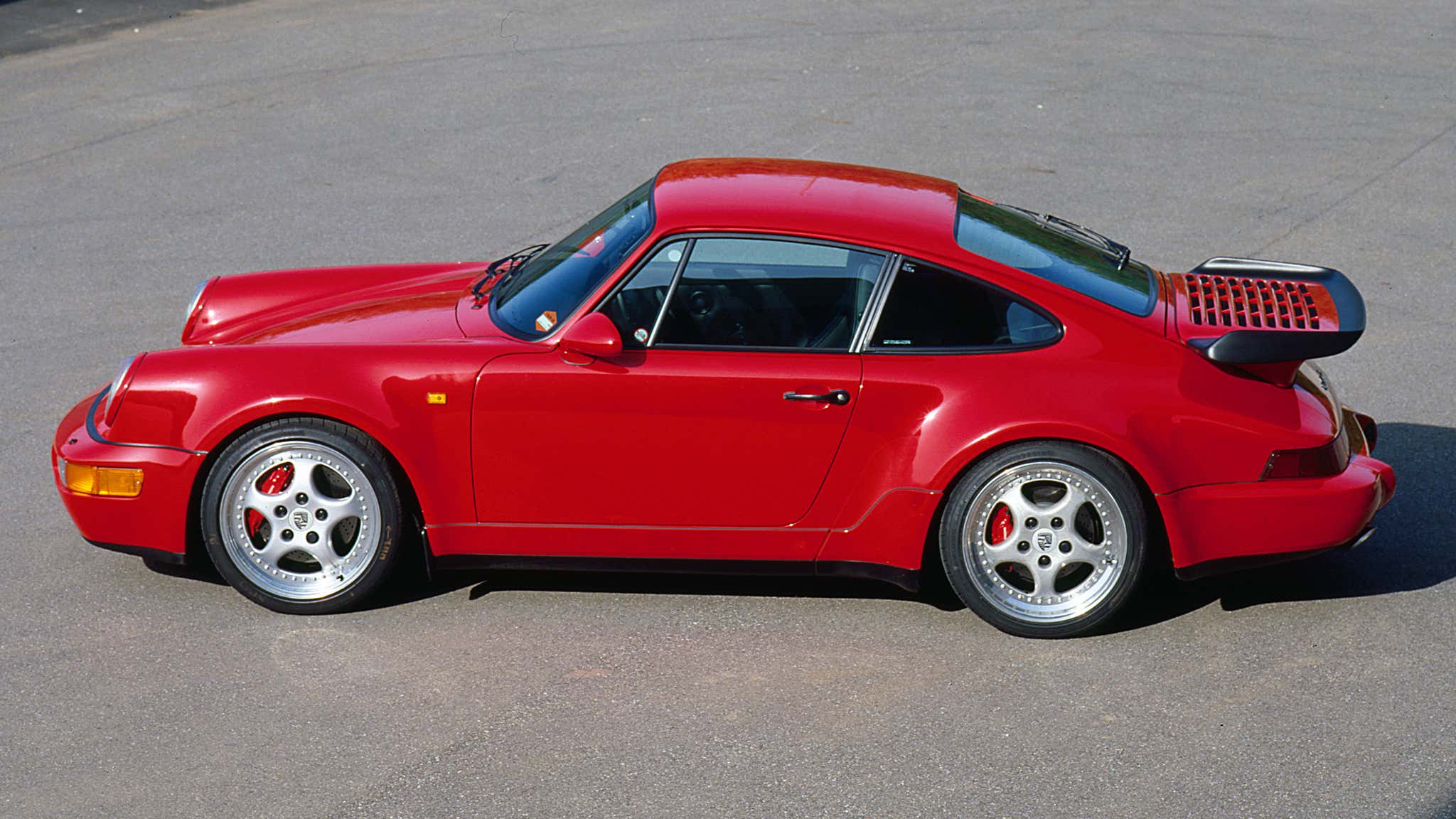 The American motoring press drove the 993 Turbo for their June and July issues in 1995, by which time the last 964 3.6 Turbos made their ways across the water as well. MotorWeek drove this single-year special in 1994, only to be impressed by how far the 930 idea got under its giant whaletail.