Home » News & Features » Someone Built a Safari BMW Z4 M So You Don’t Have To. Now You Can Buy It

Want a Safari’d German sports car but think the Porsche 911 is a little played out? Here’s a lifted Bimmer that should scratch that itch nicely. Up for sale on Bring a Trailer with no reserve right now is a 2007 BMW Z4 M that’s been modified to go off-road. 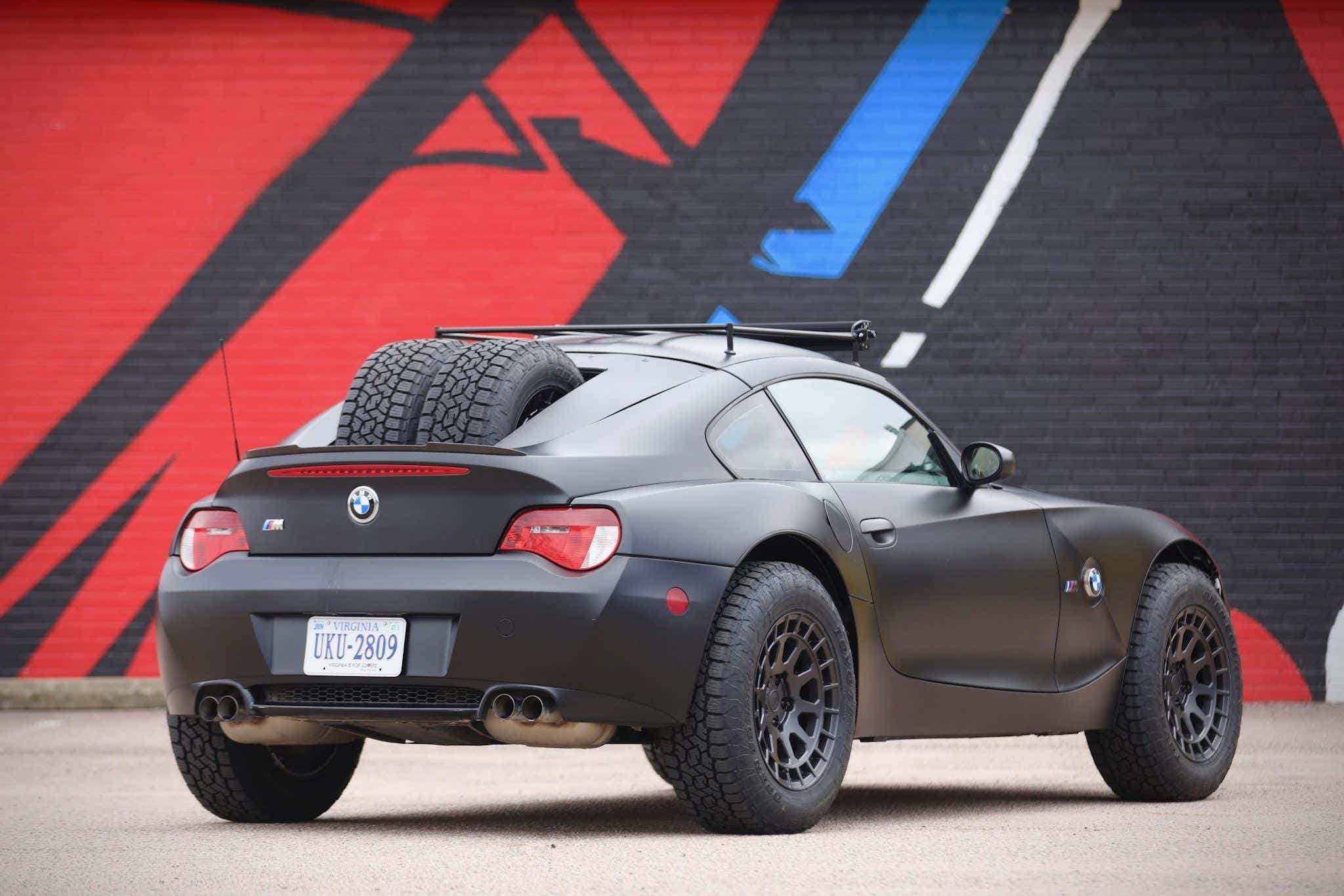 As extensive as all of these exterior modifications may seem, one of our editors couldn’t help but notice that this car does not come with rubber floor mats but instead still appears to be rocking BMW’s bare, original carpet. Not ideal if you actually plan on taking this out into the mud. Also a little perplexing is the presence of a carbon fiber lip spoiler, but it does look cool so we’ll let it slide.

According to the listing, the car was acquired by its current owner last year and has only been driven 250 miles since. The Z4’s odometer shows approximately 150,000 miles but, per the listing, “Total mileage is unknown.” Additionally, the car comes with a clean Virginia title, though the Carfax shows an accident back in February 2009. At least they’re being upfront about it.

Lack of proper floor protection and high miles aside, this thing is a whole lot cooler than that X6 M Competition I drove, as far as semi-gloss black, high-riding M “coupes” go. That 3.2-liter S54 inline-six is a real sweetheart, and while it might not be as powerful as an X6 M-whatever, it was rated at 330 horsepower and 262 pound-feet of torque from the factory. That should be plenty.

As of this writing, the auction is sitting at $10,000 but considering there’s still a week to go, expect the final sale price to be a good deal higher than that. 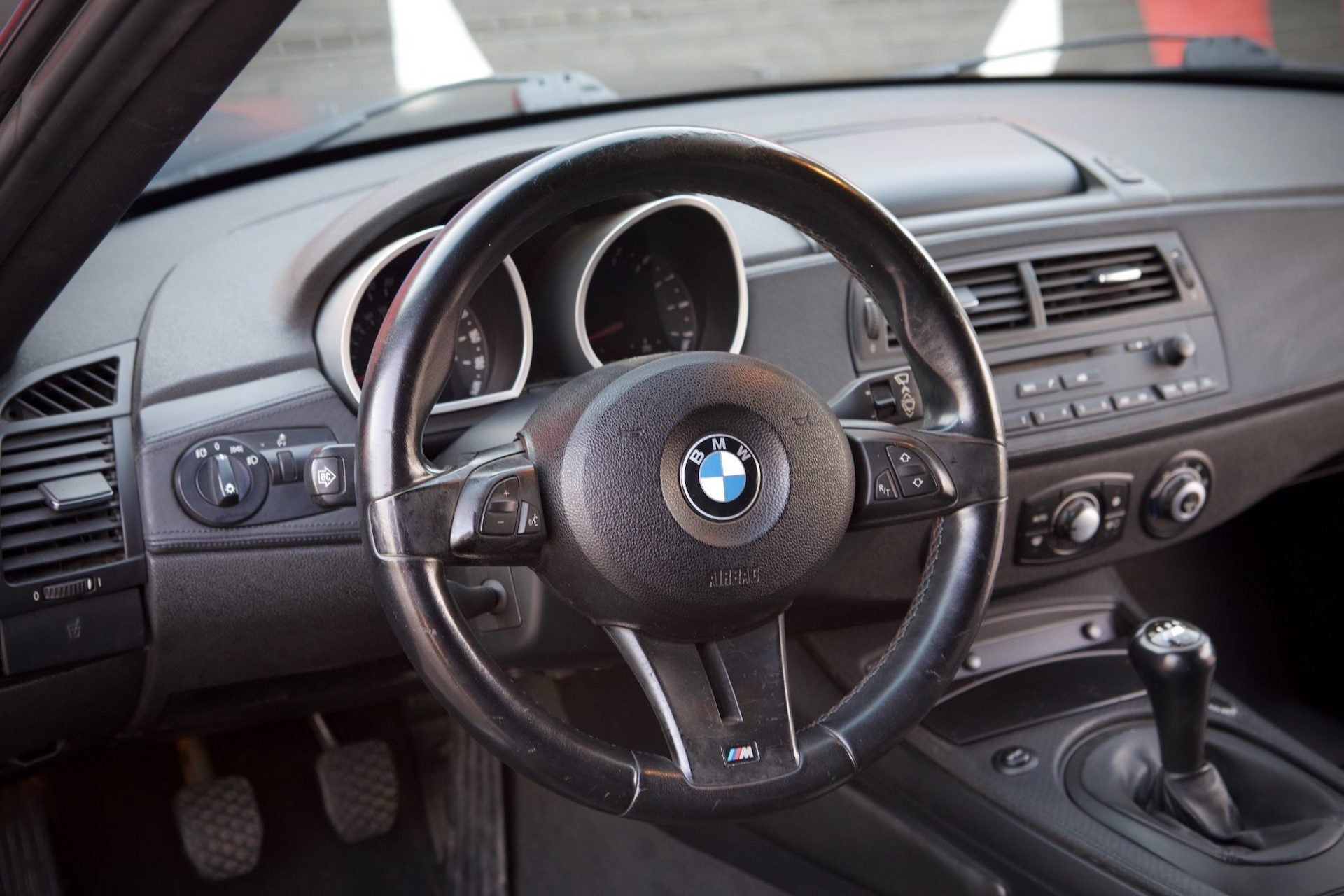 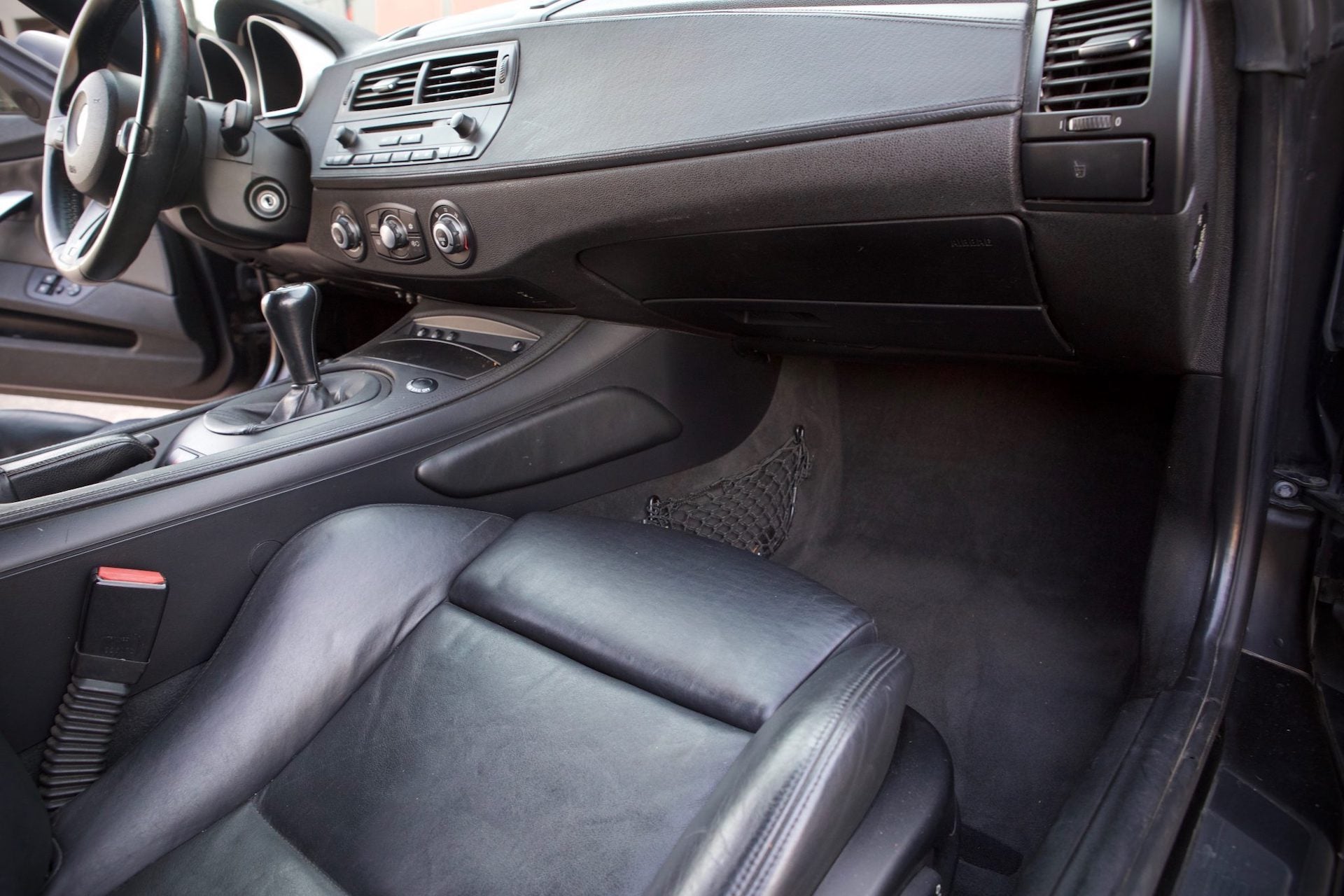 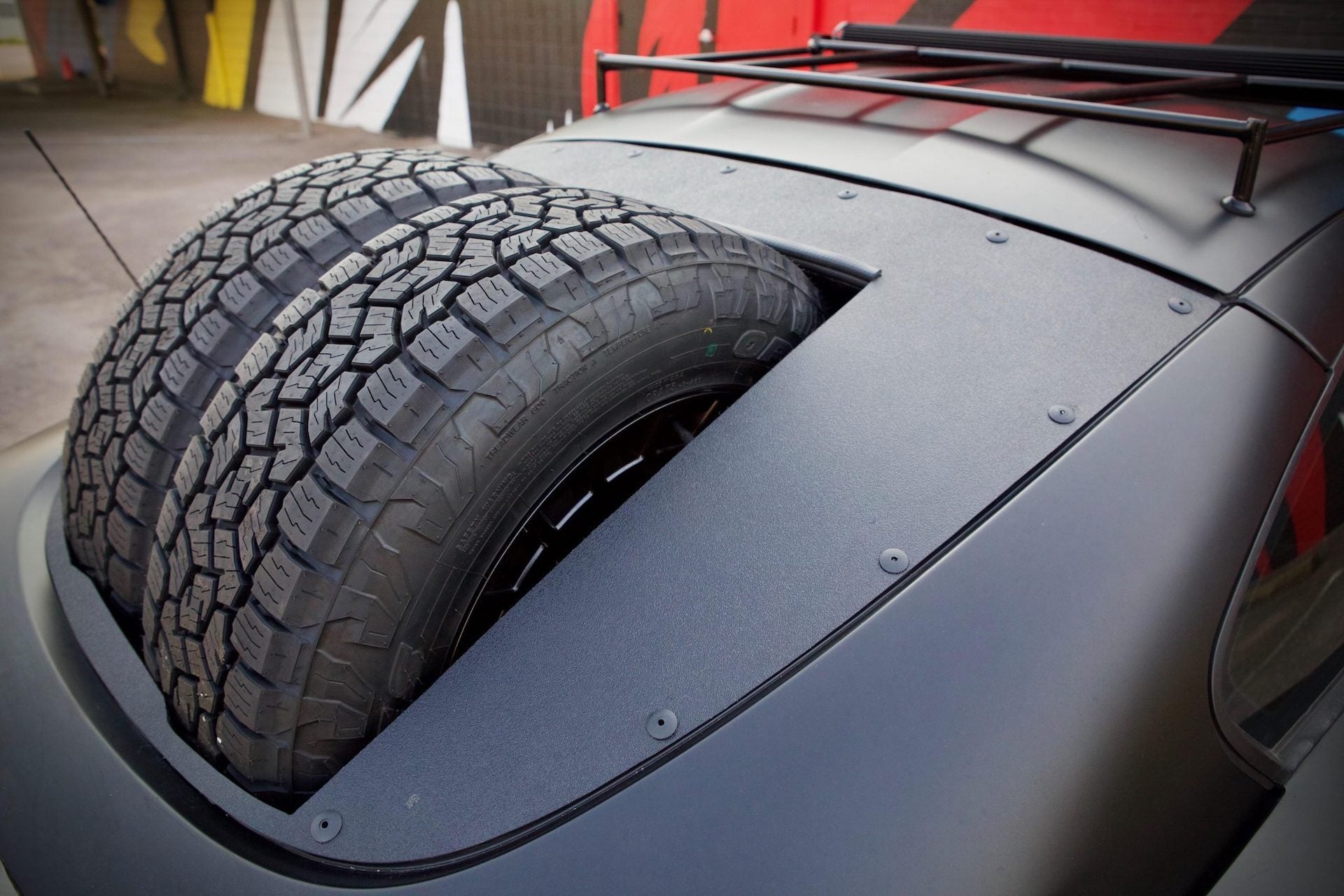 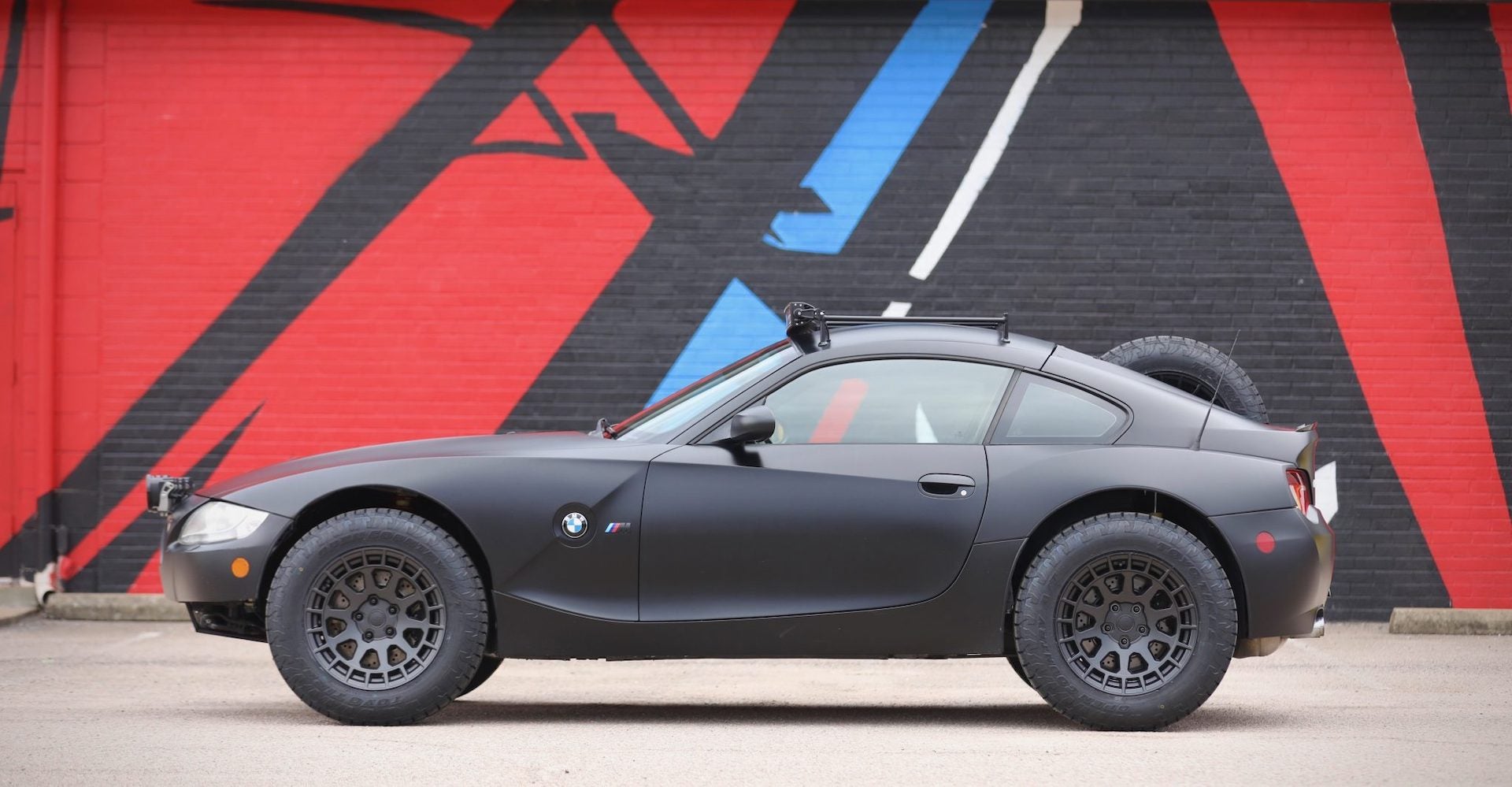