When it comes to 1970s Porsches, options for the discerning collector are rich and varied. There’s a whole cavalcade of models with rare factory options, obscure colors, or storied history. However, there aren’t too many examples that have been raced by Formula 1 World Champions as well as internationally-renowned drug lords. Auction house Collecting Cars is soon to be selling off one such car, however.

The vehicle in question is a 1974 Porsche 911 Carrera 3.0 RSR IROC. Originally built for the 1974 International Race of Champions , this example was owned by Roger Penske and first raced by Emmerson Fittipaldi. The Formula 1 World Champion qualified the car in pole position, eventually finishing the event seventh. The vehicle was then sold to privateer racer John Tunstall who competed in the 24 Hours of Daytona and Sebring 12 Hour. 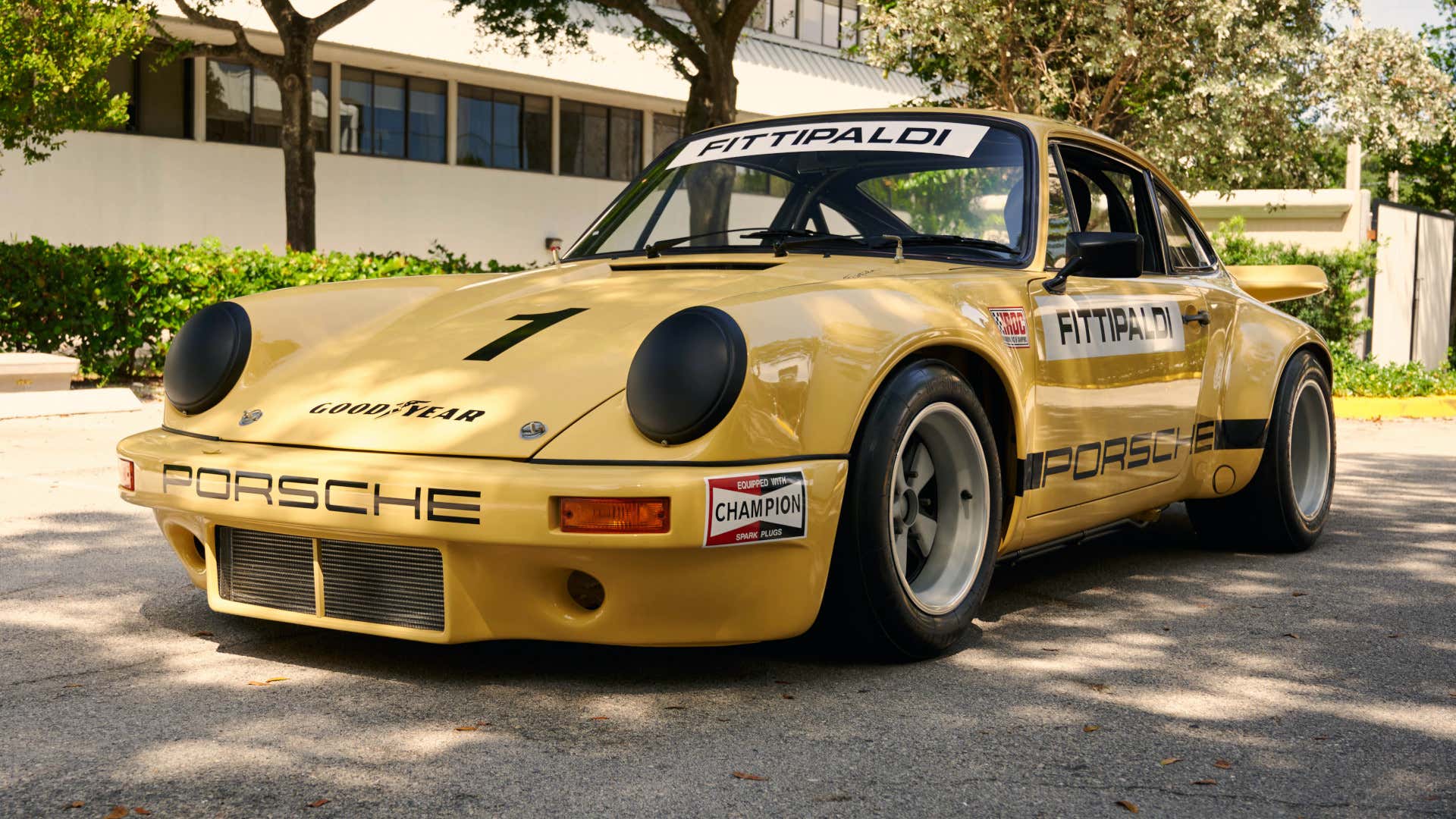 From there, Tunstall sold the car to Pablo Escobar, who took the car to Colombia. The famous drug lord raced the car, which wore Porsche 935 bodywork before it was brought back to the United States in the early 1990s. The car was then refitted with its original bodywork, and was later given a full restoration, completed in 2010.

As far as vintage Porsche racecars go, one could do a lot worse than this example. Capable of endurance competition and fitted with its original racing spec 911/75 “high butterfly” 3.0-liter flat-six, it’s a vehicle near-enough ready to head back out on track. The auction notes state that the car should be eligible for historic competition, albeit with a few safety-related upgrades made to suit. This likely involves items like seats and harnesses, which have expiration dates when used in competitive settings.

Overall, the interior appears in near-original condition, with beautiful analog gauges and vintage switchgear. Other nice 70s touches include the delicious deep-dish Fuchs alloy wheels and that gigantic spoiler on the rear. 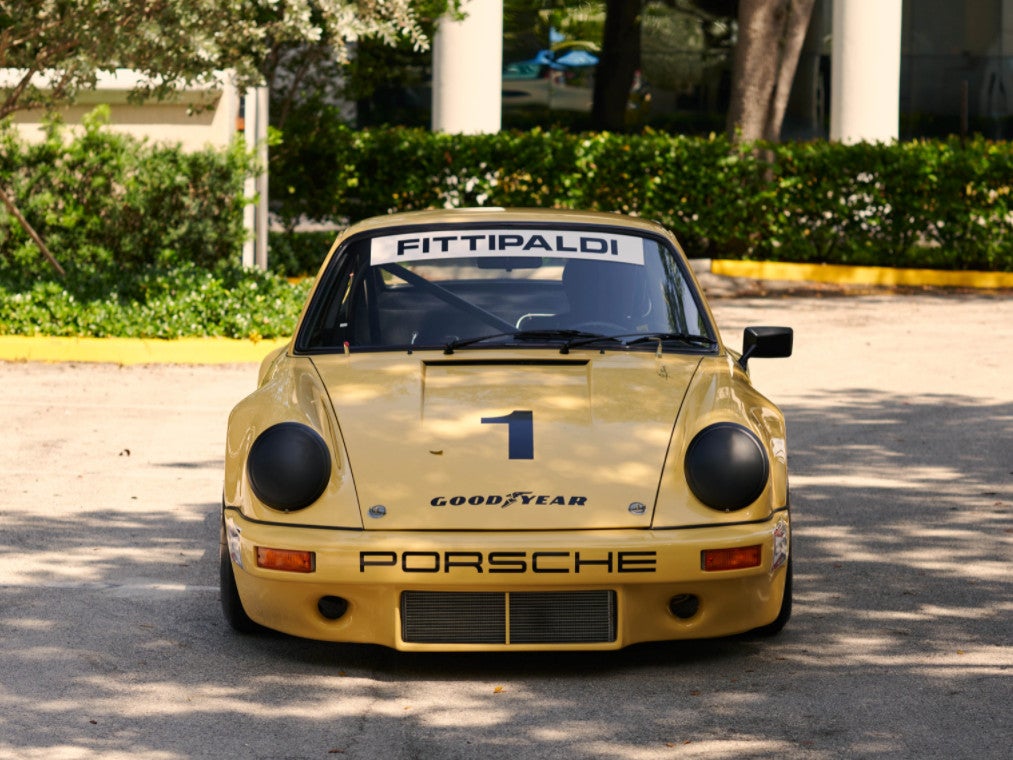 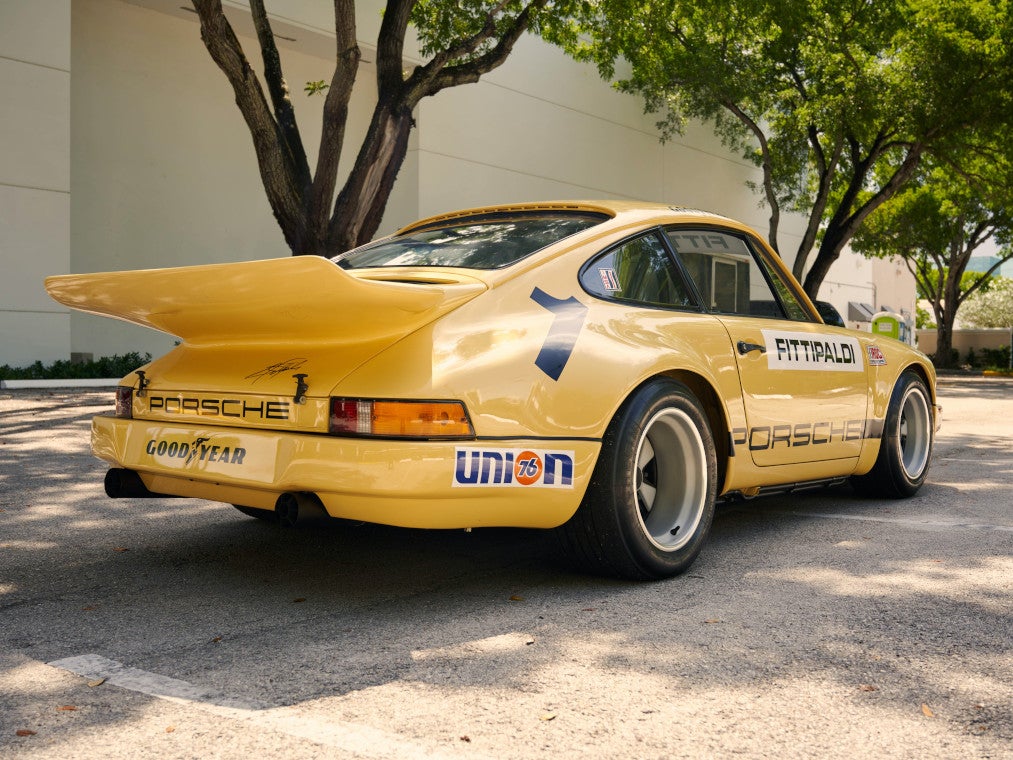 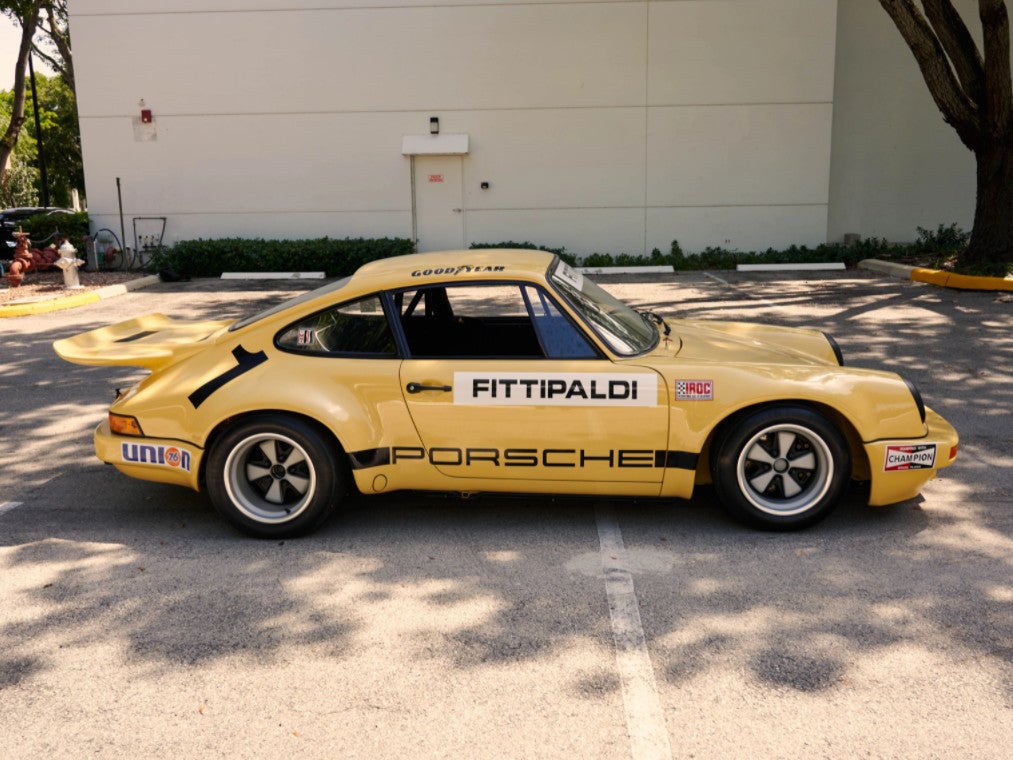 The car is now dressed in its original IROC livery, bearing Fittipaldi’s name on the door. If you’ve got a particularly high opinion of yourself, you could always have a decal made with your own moniker to plaster over that instead. The car looks lean and mean in this configuration, complete with the deep front air dam, black headlight covers, and the strangely compelling Sahara Beige paint. Who doesn’t love an intriguing shade of yellow, after all?

However, given the current bid sits at $850,500 at the time of writing, it’s one example you probably don’t want to bin in the tire barriers in the heat of battle. An earlier report from The Drive on Pablo Escobar’s car collection stated that the car sold at $875,000 at an auction in 2012, so that figure could climb higher yet. For that money, you might consider running a current-model Porsche 911 RSR instead. Bidding kicks off on Friday for interested parties. If you do happen to make this Porsche your own, do let us know if you find a brick of cocaine that the restorers missed. With that said, please refrain from posting the evidence to The Drive headquarters.