Ruf Automobile started out as Auto Ruf, a tuning shop in Pfaffenhausen, Germany in 1939. Owner Alois Ruf, Sr. built a well-respected business that became a small-volume supercar builder in the late 70s under the leadership of Ruf’s son. Ruf started building his own cars on body-in-white chassis delivered from Porsche; so while a Ruf vehicle may strongly resemble its German brethren, it never had a P-car VIN and is its own animal.

The Petersen Automotive Museum teamed up with event organizers Luftgekühlt to create an exhibit dedicated to celebrating these marvels of engineering. The “Pfaffenhausen Speed Shop–The RUF Gallery” display features nine models, including a rare 1990 CTR Yellowbird, a 2012 CTR3 ClubSport, a 2007 Turbo R Cabriolet, a 2016 Turbo R Ltd, a 2016 Ultimate, a 1994 RCT EVO narrow body, a 1994 RCT EVO wide body and a 2015 RT12R. 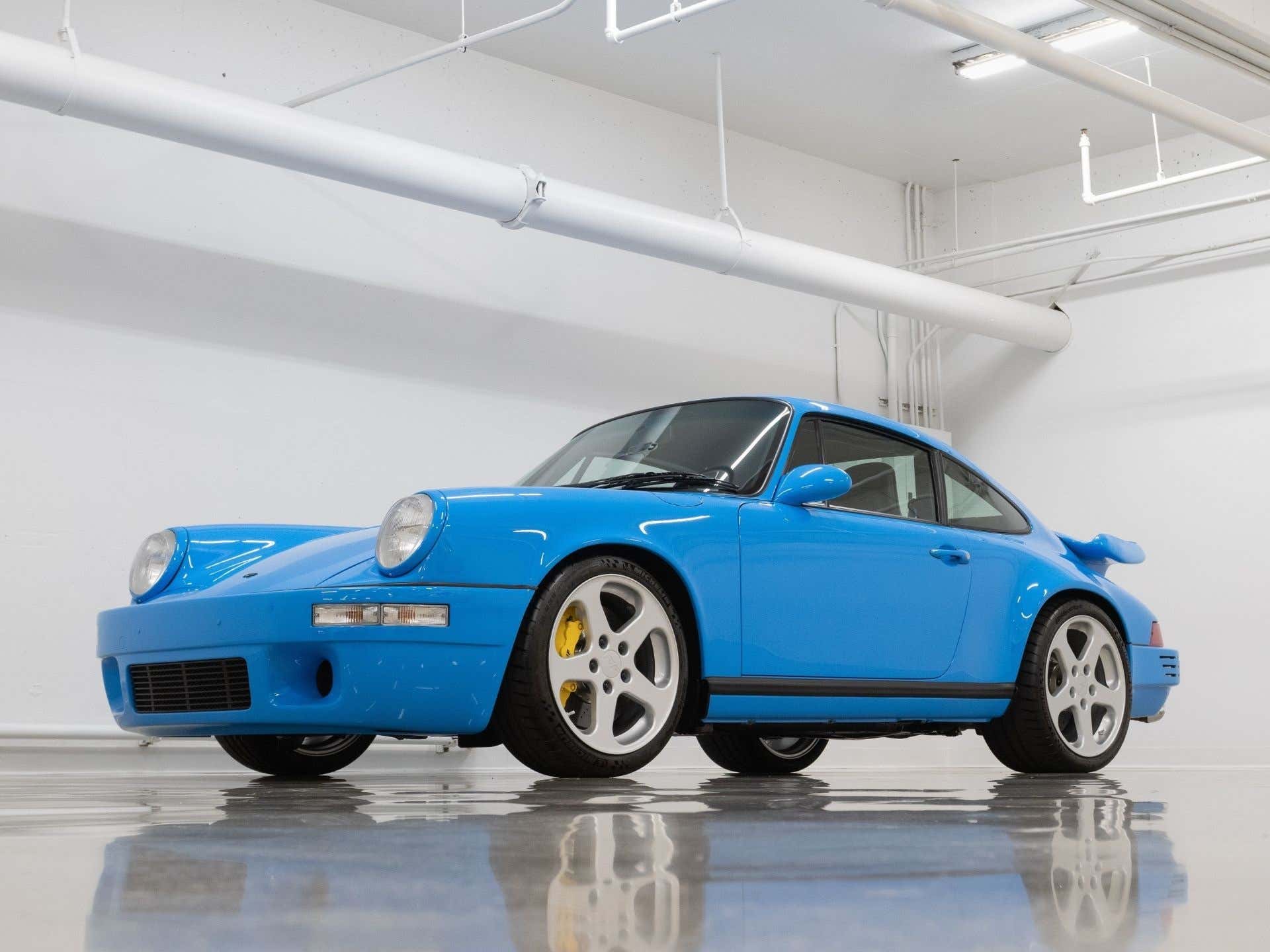 Of note, event planner Luftgekühlt is named for the word that represents all the air-cooled cars in the manufacturer’s history from the Pre-A 356 through the 993 model line, which ended in 1998. The Saratoga Automobile Museum recently announced a collection of 16 rare air-cooled Porsche models built before 1998 that it’s calling Rare Air, and many consider this the Golden Age of Porsche designs.

From this era, Ruf’s CTR Yellowbird (a 463-horsepower model from 1987) rose to fame when it was called “The Fastest Production Car in the World” by Road & Track, competing against the likes of a Ferrari Testarossa, Lamborghini Countach, and even a Porsche 959 Deluxe. Later, Ruf cars were featured in the video game Gran Turismo, in which kids of all ages could dream about driving one of these impeccably-machined supercars.

If you’d like to see the exhibit, the Petersen Museum requires advance ticket purchase, so plan ahead. And for the whole Ruf Automotive story, check out the aptly-named “Love at the Red Line” documentary the automaker created, which includes Alois Ruf, Jr. along with several designers and owners.