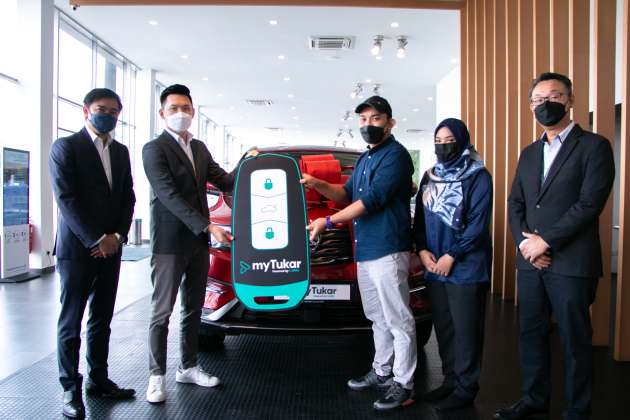 myTukar has just concluded its first car giveaway contest, as part of the company’s fourth anniversary celebration. The prize is a 2019 Proton X70 Executive 2WD worth over RM100k, and the lucky winner is Mohamad Ariff bin Mohamad Borhanud from Kuala Lumpur.

The contest period was from December 1 last year to January 9 this year, and over 300 participants were vying for the prize. Mohamad Ariff’s name was drawn in a recent Facebook live session.

“I was excited and overwhelmed when I found out that I won. It definitely turned my entire day around. When I was announced as the winner, I was in shock! With my budget and financial planning, I was just thinking about buying a simple Proton Satria Neo, and did not even consider the possibility that I could win a car as grand as the Proton X70,” said Ariff, 27.

“What has been even more pleasant is the condition and quality of the car. It drives great and feels brand new. I would definitely recommend everyone to get a car from myTukar, as the process was easy, and everything from A-Z was handled hassle-free and transparently,” Habibatun, Ariff’s wife said.

Commenting on the car giveaway, myTukar CEO Derrick Eng said: “The Proton X70 car giveaway has been the brand’s first contest to date, and it is awesome to see it has encouraged more people to consider buying used cars. We are thrilled and excited to present Ariff with a high quality car such as the X70.

“Customers buying their vehicles from myTukar will find the process seamless and smooth sailing, from obtaining JPJ’s approval, securing car insurance and financing options settled by myTukar’s ‘Product Geniuses’ right down to the transfer of ownership,” he said, adding that there will be more car giveaways in 2022. “We might be even giving away premium car services. More details regarding the contests and giveaways will be revealed upon the commencement of the campaigns,” he said. 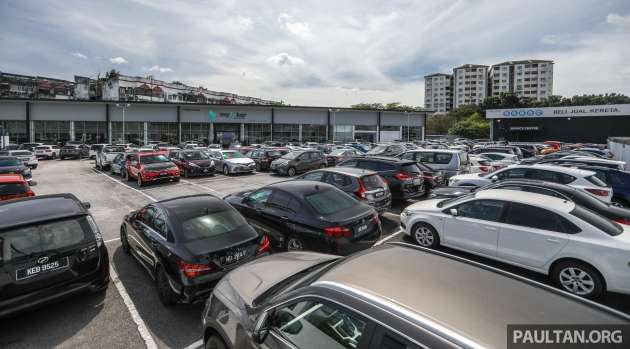 myTukar is Malaysia’s fastest growing digital used car marketplace with an expanding on-ground nationwide presence. This year’s plans include the opening of six new showrooms by mid-2022, part of an overall plan that is targeting close to 25 new facilities this year, including showrooms and retail experience centres such as the flagship outlet in Puchong South. myTukar will also be launching a consumer app.

In terms of growth, myTukar claims that its digital used car platform has captured about 50% of the market. The company foresees its wholesale segment to experience a monthly growth of 10-20%, while the retail portion is expected to grow about 30-50% annually.

The experts in buying and selling used vehicles will be at PACE 2022 at Setia City Convention Centre this weekend. If you’re thinking of getting a new car but need to sell your existing car first, myTukar will handle the whole process for you, including all the paperwork and dealings with JPJ. Once the car passes their inspection, and you agree to hand over the keys, you will be paid instantly. Look them up at PACE.