Home » News & Features » My Audi Q5 gets an ECU remap: Why I chose it over a tuning box

BHPian OffRoadFun recently shared this with other enthusiasts.

I decided to increase the power and torque of my Audi Q5 2.0T sometime back.

The stock power is 211HP/350Nm. Although I have never felt the car being underpowered for my needs (crossover), still just thought of jacking up the power by a few tens of HPs. The 2.0TFSI still used by Audi still has around 370 Nm but power is around 260 HP implying a lot of boosts are possible.

I did a lot of reading/YT videos on ECU re-map vs Tuning boxes. As per my understanding, a Tuning box, in theory at least, provides the same effect as an ECU re-map. (A tuning box manipulates the MAF sensor readings mainly, and by reporting lower values than the actual, fools ECU into believing more boost is needed via turbo and more fuel injection)

After some research, I identified a German company name Racehip (racechip.com) which will ship free across entire Europe. Coincidently, my brother was visiting Romania from India at the same time. So managed to get it to India without the customs hassles. I ordered the “S” version.

Finally got the “box”. The box had a Y-cable connector and the tuning box to process and manipulate the MAF sensor data to be sent to ECU. The installation instructions were clear and it was easy. Within half an hour I hooked it up and drove. I religiously followed the instructions mentioned in the “German” manual.

Hooked it up and started the engine. It started but a few arbitrary warnings started to show up (Check Engine, sometime ESP warnings). The instruction manual mentioned the warnings will initially show up and will disappear over time. Believing I went for a test drive. I felt some power boost at higher RPMs, the car was changing gears at relatively higher RPMs compared to what it used to do.

I waited for a few days and drove around a few tens of km in the hope the warnings will disappear. They did not. I wrote to customer service. They were very prompt and after asking a few questions regarding the correct installation process, asked me a few minor changes in the sequence of installing and running the engine, but to no avail. I checked on some other forums and users of the same product mentioned seeing the same warnings in their Audis. 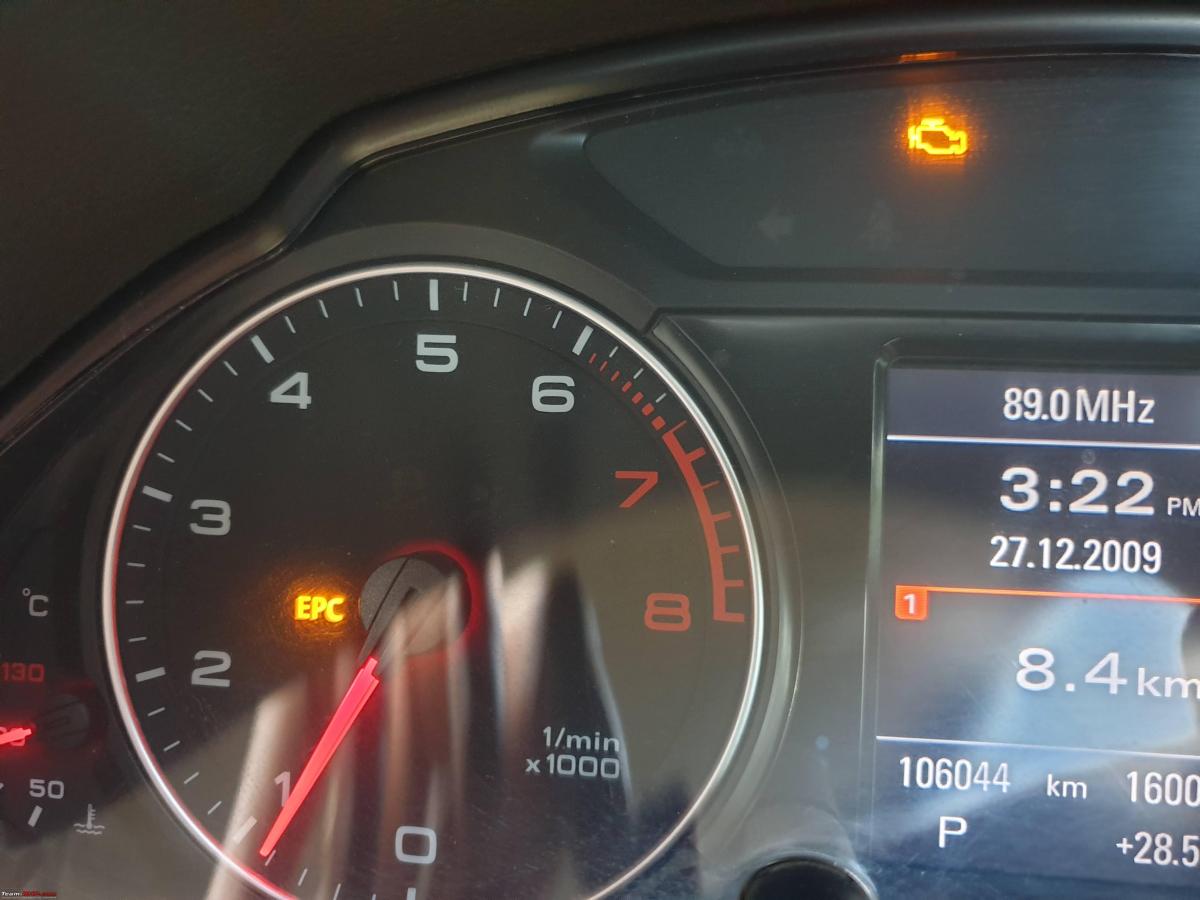 That was scary and annoying. The customer service asked me to try out a few things and continue driving.

They then offered to send a new harness (not the box). But I was not convinced and I will have to take the route via Indian customs, a pain.

Suddenly, after a couple of weeks, I had this dreaded “Gearbox Malfunction” warning with Reverse being unavailable. (That’s another story, it turned out to be Mechatronic failure which I finally got fixed) It was probably unrelated to the tuning box installation but my appetite had died for a power boost. Spent a lot of time debugging the gearbox failure. The initial quote to fix that was a minimum of 3.5L (and was scary) though I ended up getting it fixed for much less finally.

I uninstalled the tuning box since then.

Come April 2022, the stars were good and made some unexpected gains so decided to reward me by going for ECU tune. I have been in touch with Engineering Exponent in Whitefield for some time. They quoted a boost to 255HP/410Nm which was impressive, especially the torque. Took the Q5 there and they did the job in 30 minutes.

Took the car for a test drive and the difference was easily felt during driving. The engine was much more responsive and the acceleration boost was tangible.

No issues till now, very satisfied.

At least for me, Tuning boxes are a complete waste. It is just lying around with me now. ECU re-map works well.

Also, both Tuning-box/ECU-remap vendors claim fuel efficiency will increase post the boost by up to 10%, I saw no change at all in FE at all (~5.75 km/l for me, consistently in BLR traffic with a heavy foot on pedal).