The electronics giant who assembles Apple iPhones, Foxconn, pulled the covers off its three prototype electric vehicles in Taipei, Taiwan today: a car, an SUV, and a city bus. The unveiling reinforces Foxconn’s desire to develop a presence in the ever-growing EV market, and it plans on getting there with the help of Lordstown Motors and Fisker.

The three models shown off during Hon Hai Tech Day were described as “high performance” by Foxconn’s chairman, Young Liu, who told The New York Times that the company best known for assembling electronics deserves a seat at the EV table. Hon Hai is the name of Foxconn’s overall group, with the automotive arm actually called “Foxtron,” which is a collaborative company between Foxconn and the Yulon Motor Group, an established Taiwanese automaker that basically builds Nissans under license. 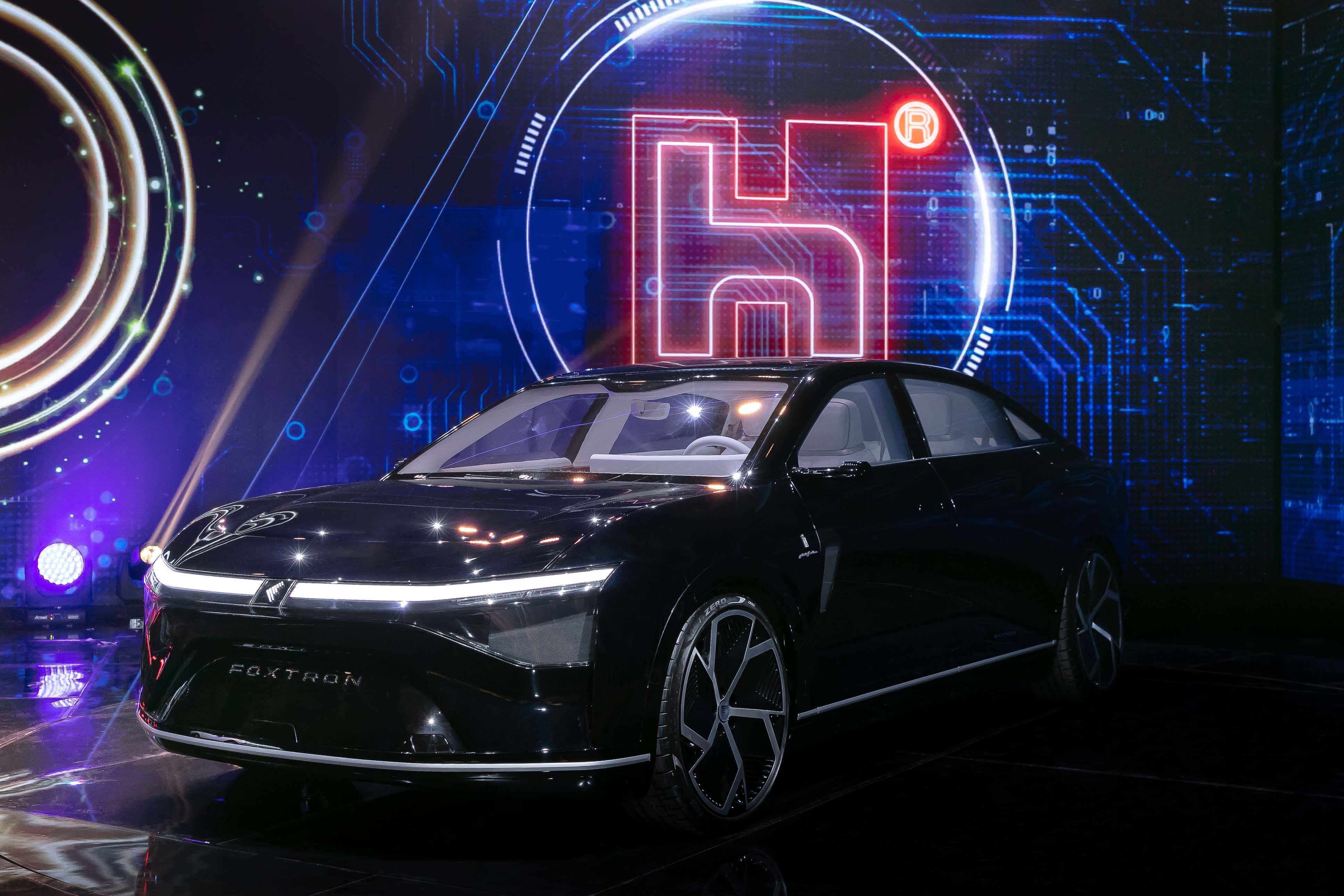 In terms of car details, the sedan is called the Model E. If you’re thinking it’s got kinda fancy lines, it’s because it was developed with the help of Italy’s Pininfarina. The release highlights some interesting details like the fact that although it’s got a hefty (but not mindblowing 750 horsepower) and it can allegedly do zero to 62 mph in just 2.8 seconds. In fact, the company said that this is about the same as a Formula One car—and it kind of is. F1 cars do it in 2.6, but that’s a bold claim given the 250+ horsepower deficit to either an actual F1 car or something like the Tesla Model S Plaid.

Because this is the kind of thing that all cars have to come with now, apparently the Model E can turn its rear seat into a “dedicated mobile office,” for which I look forward to the bizarre PR photos of people doing very natural and normal things in cars. Apparently, you’ll be able to use your phone to integrate into the car’s systems, which will include things like unlocking and opening the doors based on face recognition.

The SUV is called the Model C and is completely developed in-house on Hon Hai’s electric vehicle open platform. The release describes it as having a minimalist design and measuring 182.6 inches in length. It’s apparently a seven-seater, and it promises big storage space, too.

The zero-to-62 time is apparently 3.8 seconds, which is more than decent for an SUV. And although Foxconn’s release didn’t detail horsepower or kilowatt output, it promises a 700-km (435 miles) range. Foxconn reckons it’ll be able to price the Model C comparably to equivalent combustion vehicles, although didn’t say what it thought those would be. 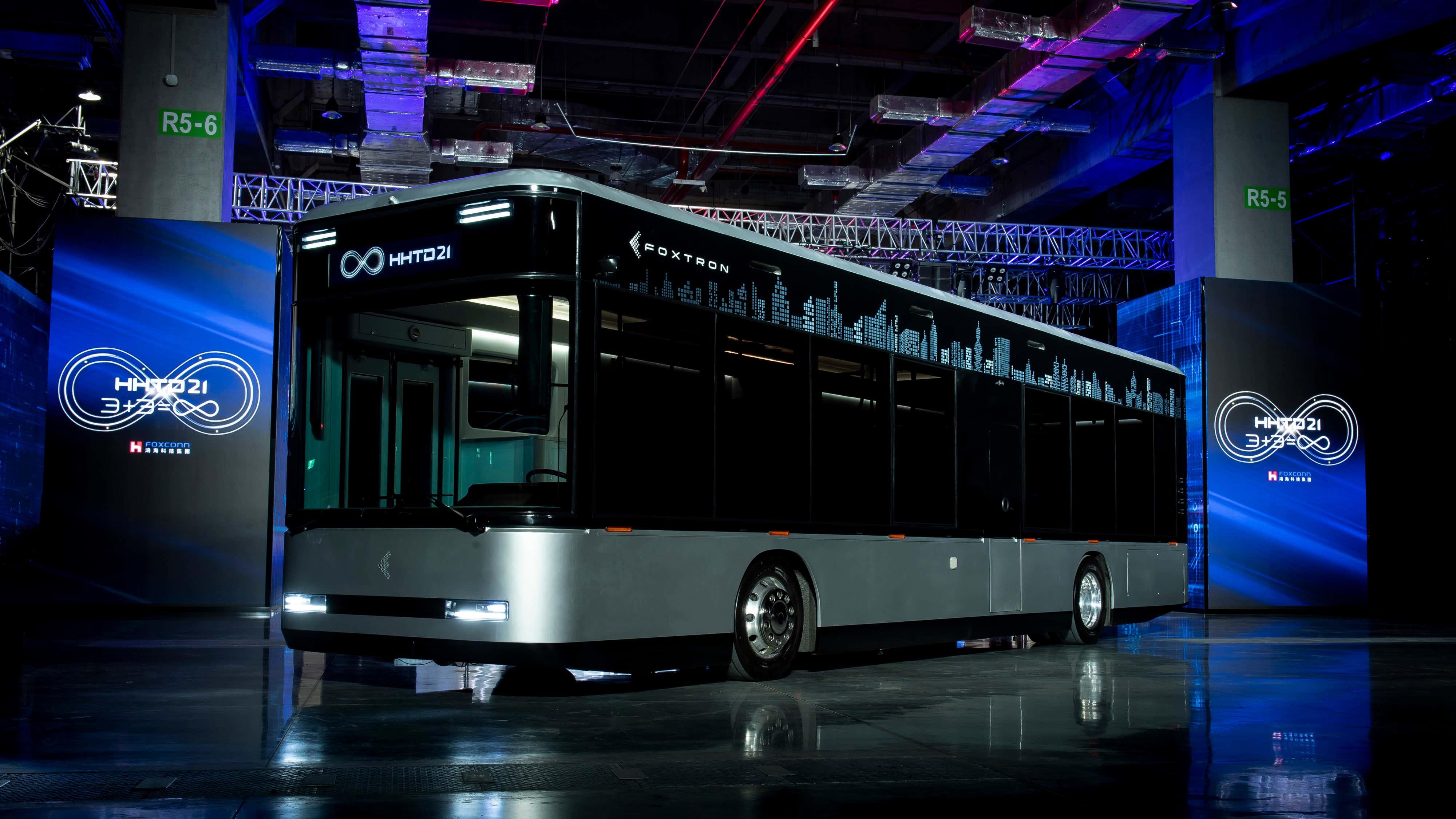 Finally, there’s the Model T bus, which Foxconn says has been developed and tested to transit administration standards. The Model T has already done 200,000 kilometers (124,300 miles) of acceleration endurance testing and more than 1,000 hours of rigid strength testing. The Model T’s battery can apparently give it a range of 400 kilometers (248.5 miles) and it has a top speed of 120 kph (74.5 mph).

It’ll be interesting to see what Ford thinks about this bus’ name, however.