It’s been about half a year since we got a new car from McLaren, which probably means we’re overdue to get a new car from McLaren. This is the 765LT Spider and as those familiar with the company’s products will have already gathered, it’s the drop-top version of McLaren’s 765LT, which itself is a higher-performance variant of the 720S supercar.

Limited to just 765 units just like the 765LT coupe, McLaren’s latest Spider features a retractable hardtop that can open or close in 11 seconds at speeds up to 31 mph. The convertible roof also means a 108-pound weight penalty over the 765LT coupe. This car does have a powered rear window, though, and it can operate independently from said hardtop to let in noise from those quad-exit exhausts. 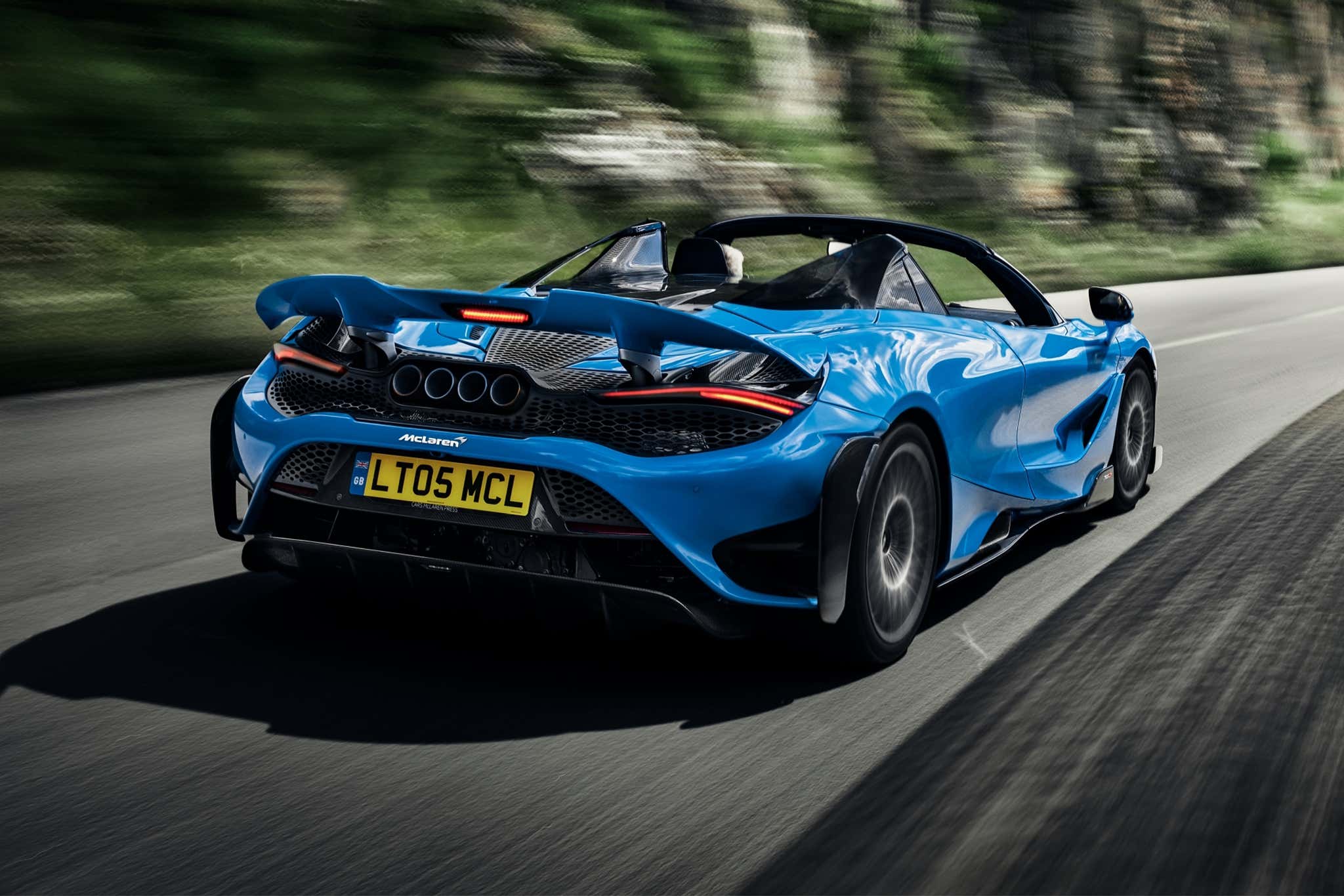 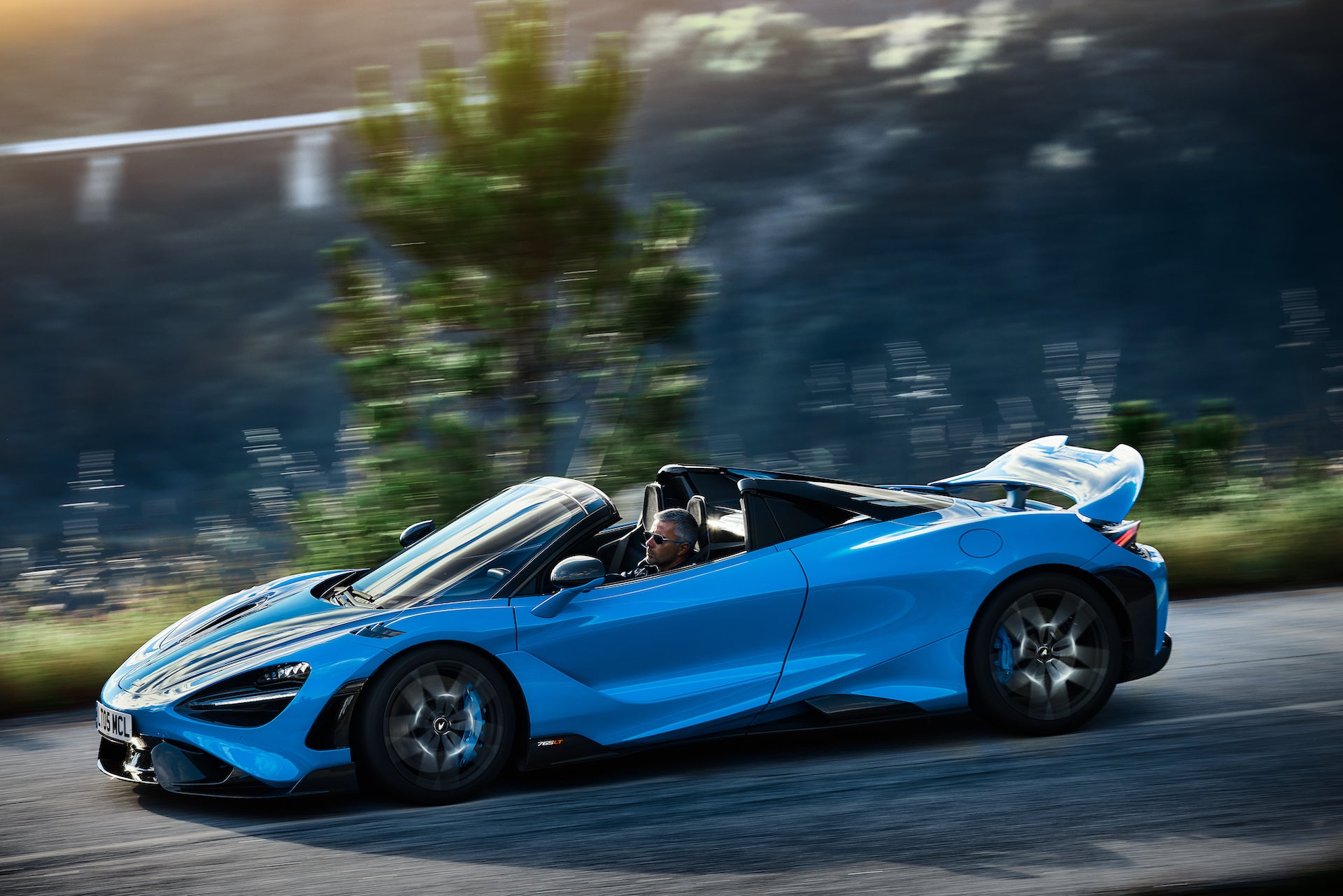 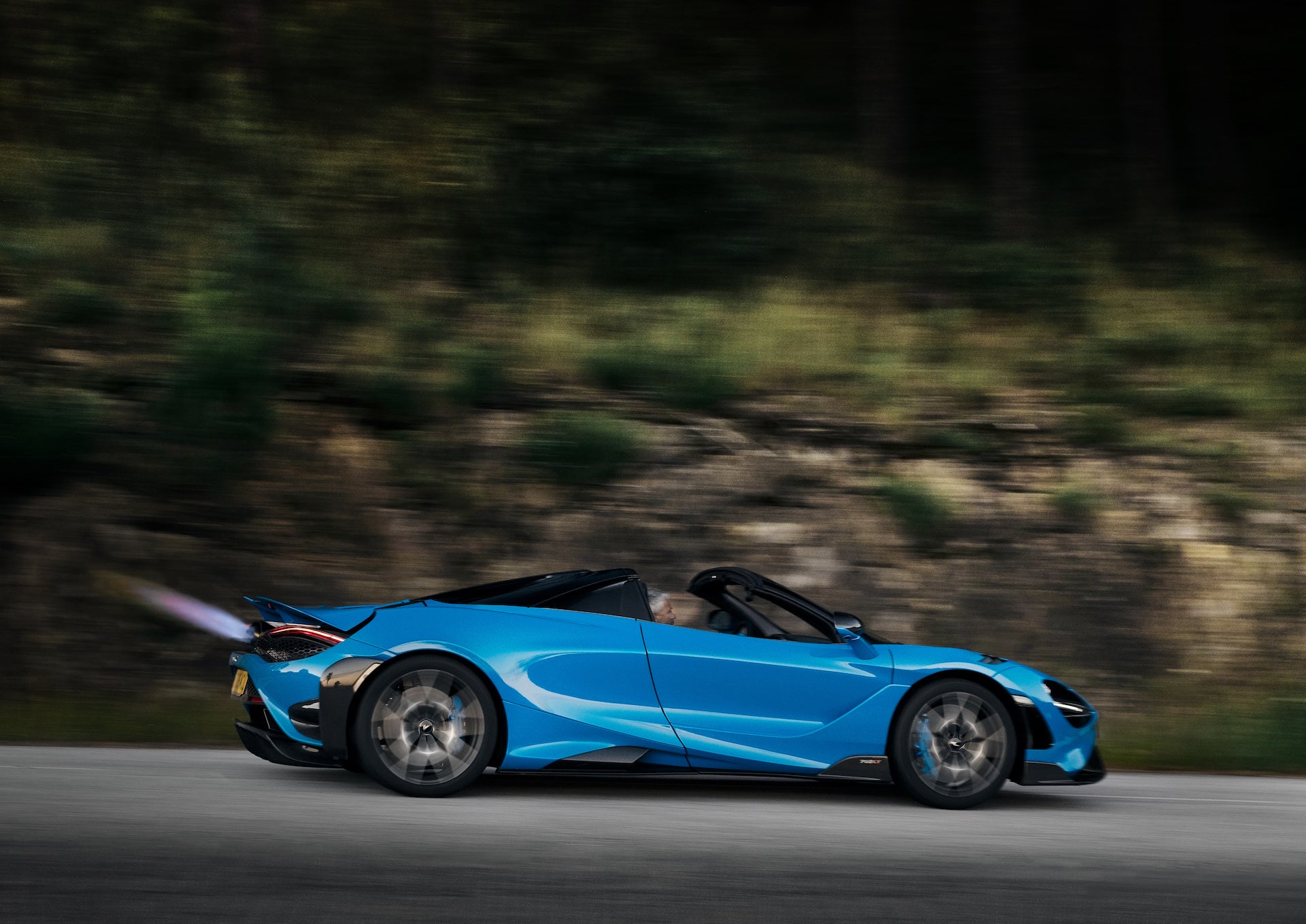 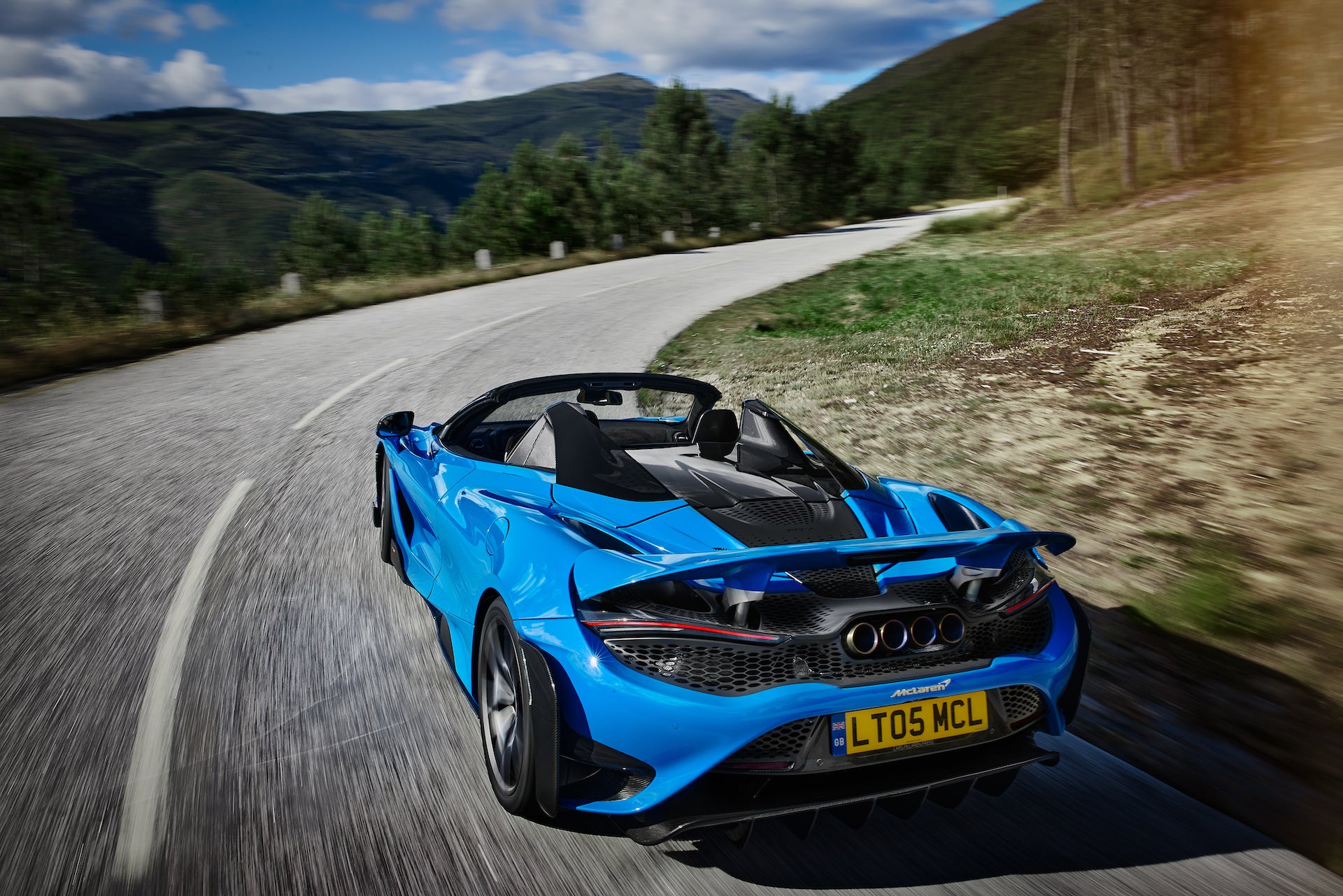 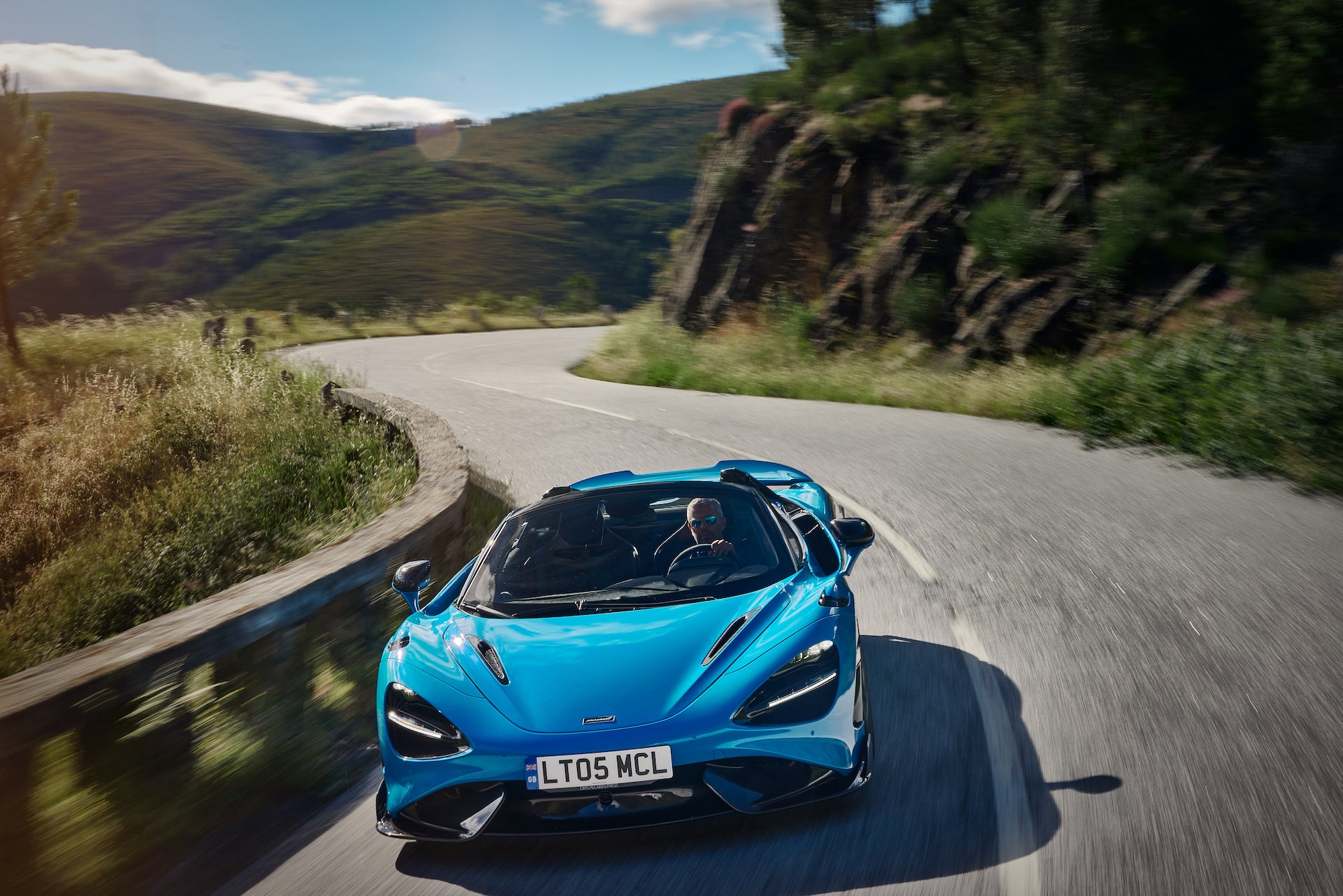 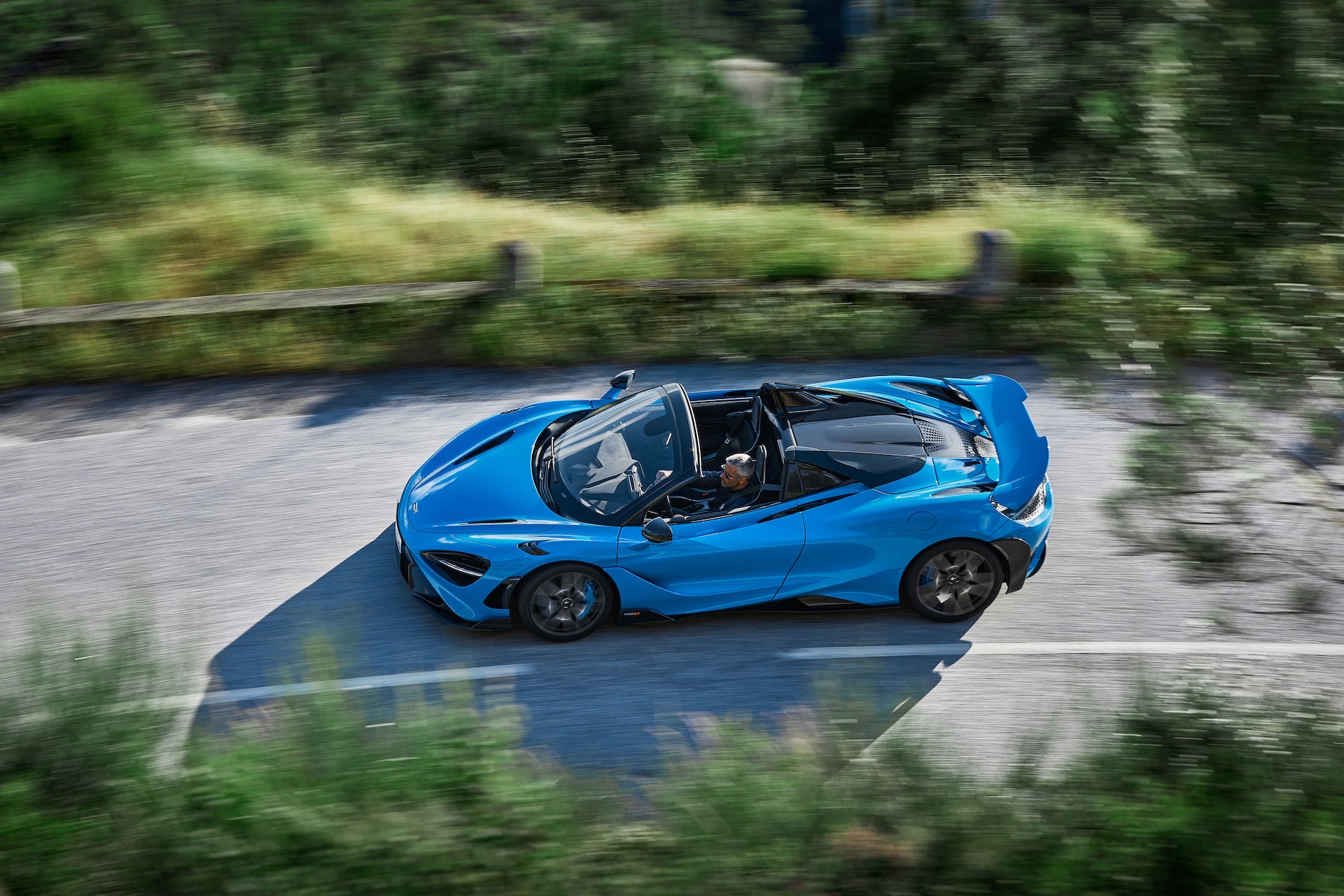 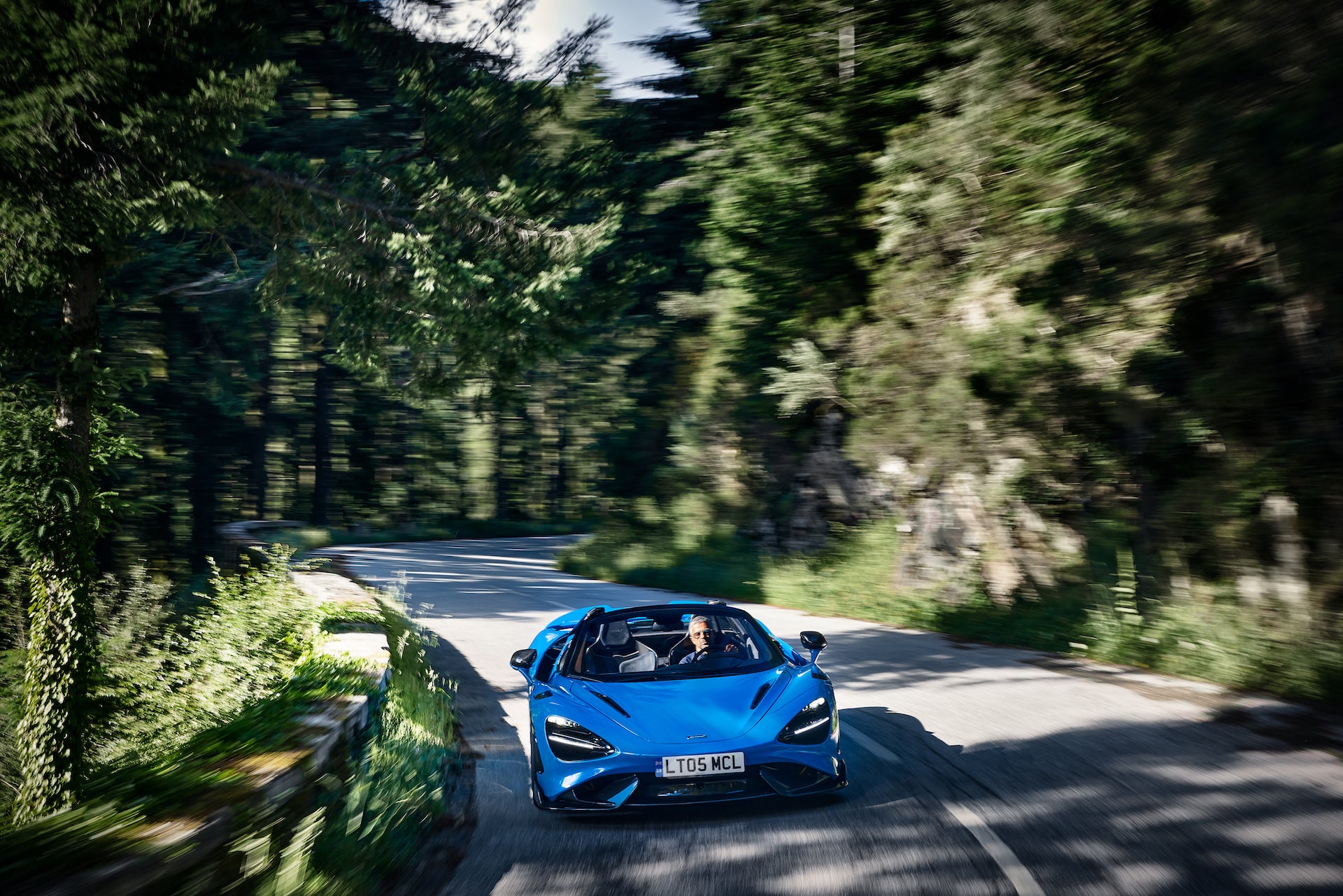 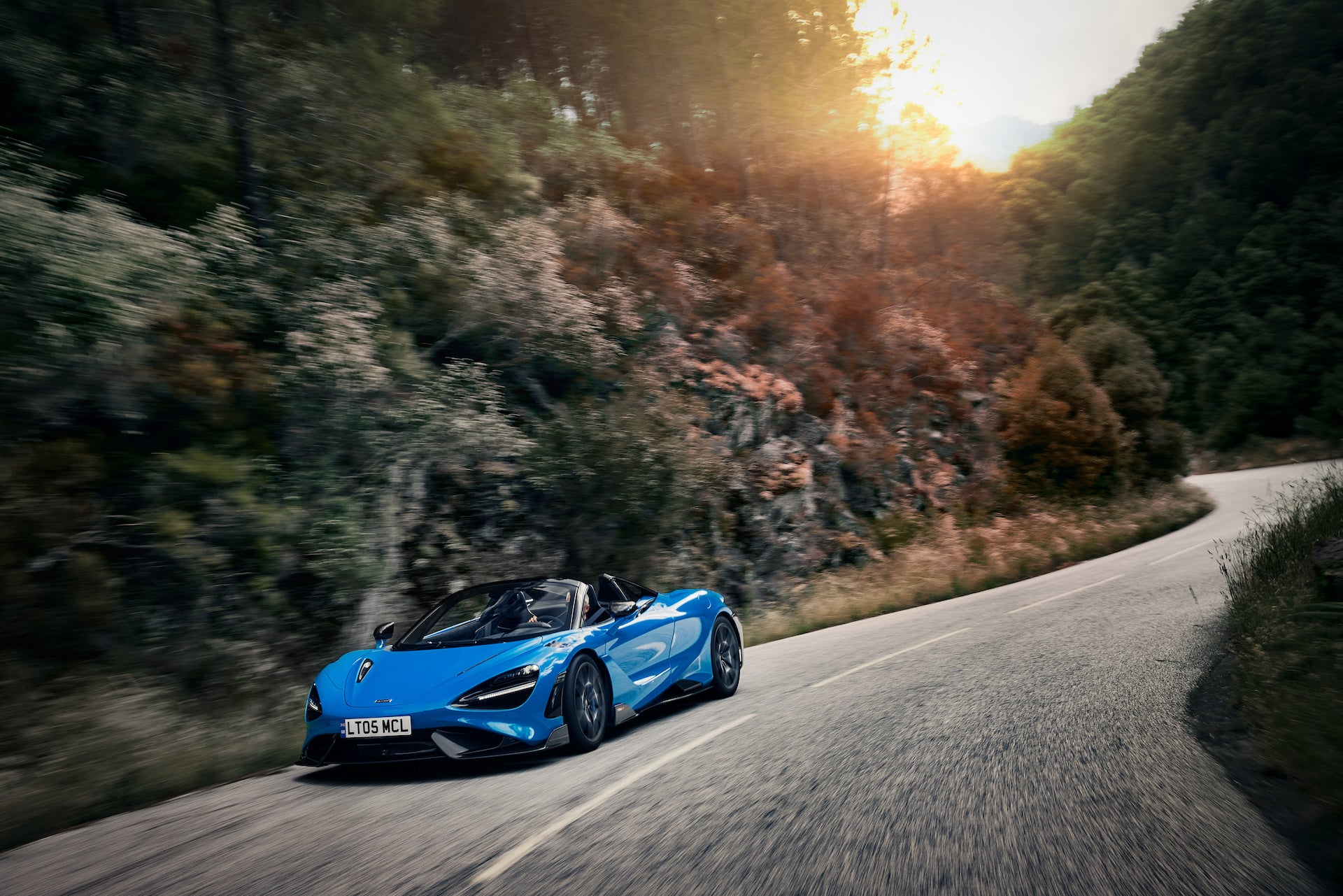 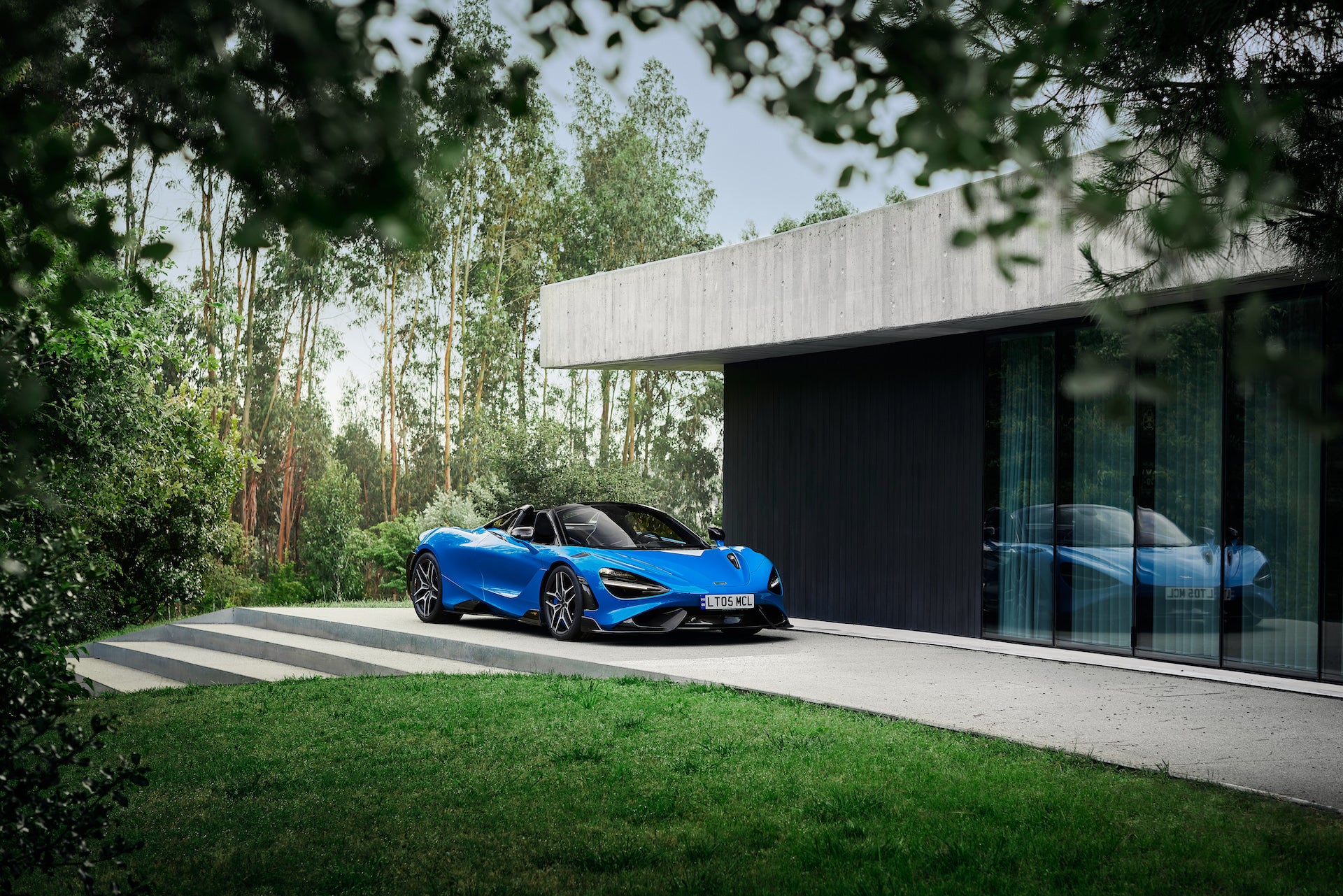 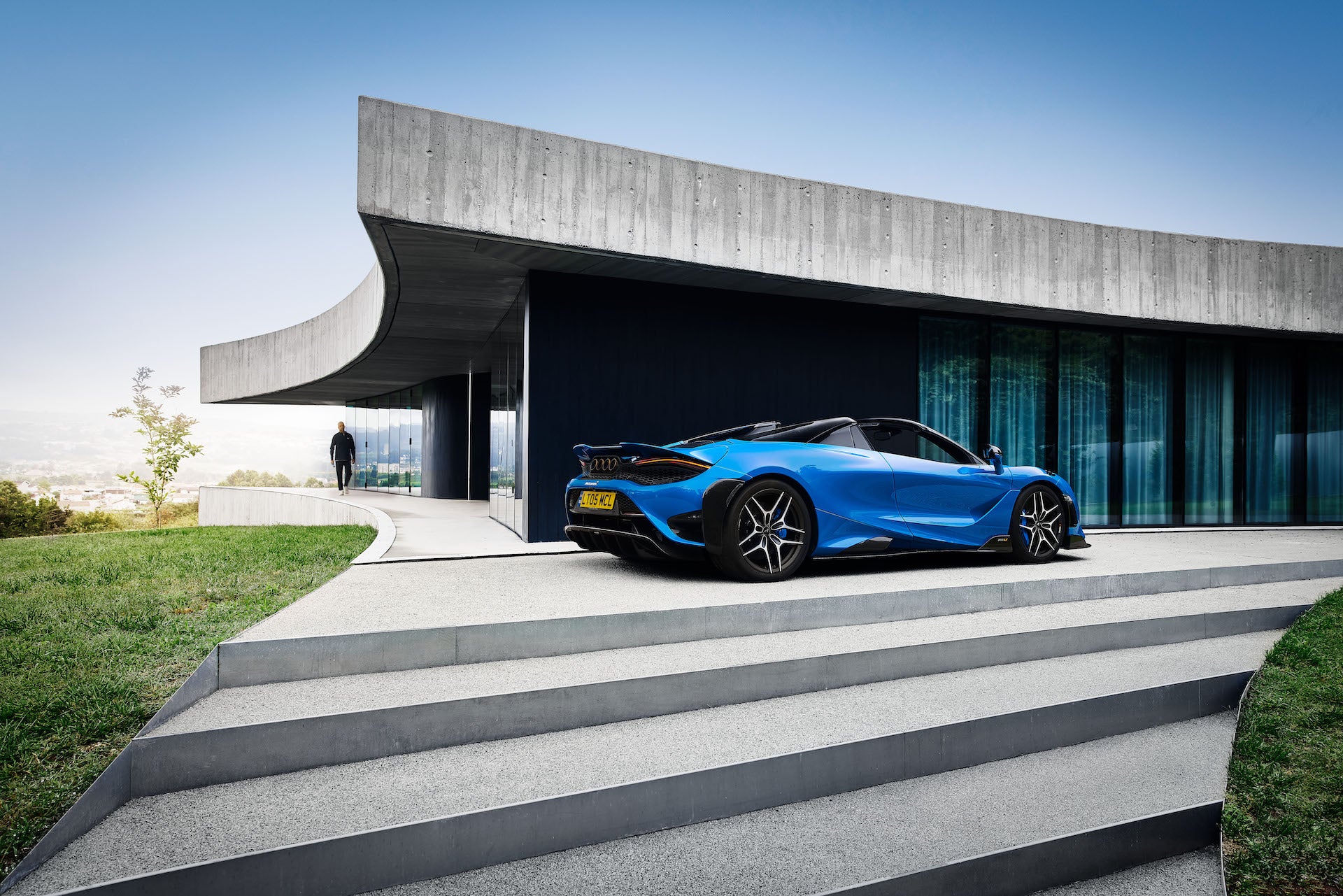 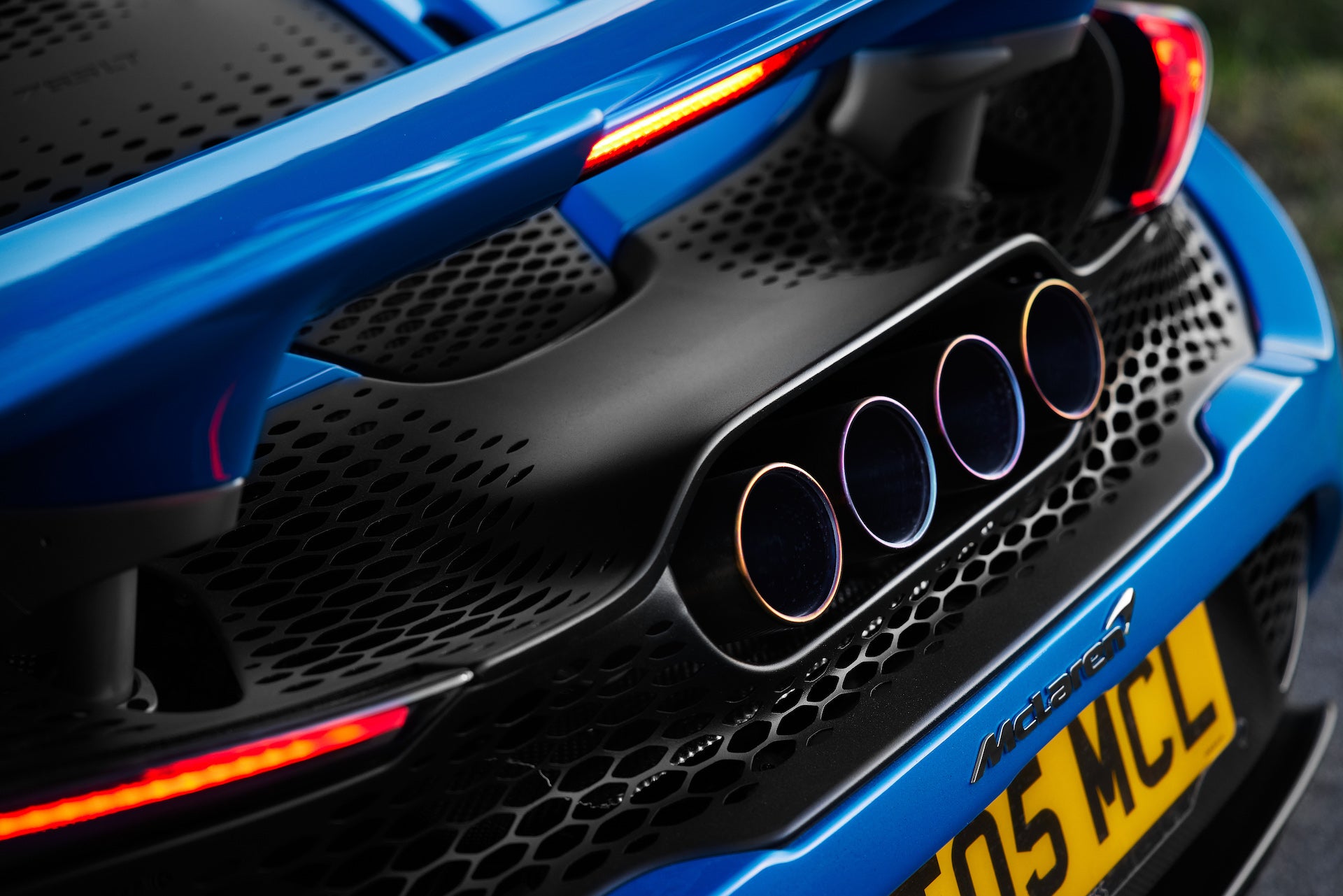 Speaking of combustion, the 765LT is powered by the firm’s 4.0-liter, flat-plane crank, twin-turbo V8 producing 755 horsepower and 590 pound-feet of torque. Hitting 60 mph in 2.7 seconds, able to run the quarter-mile in 10 seconds flat, and boasting a top speed of 205 mph, this is McLaren’s most powerful convertible ever.

A powerful engine, however, is far from the only tool in the 765LT Spider’s war chest. Weighing in at 3,060 pounds, McLaren’s latest convertible Longtail is 176 pounds lighter than the 720S Spider. Weight was saved by using titanium for the exhaust system which is 40 percent lighter than its steel equivalent, “Formula One-grade” nickel chrome to create the pinion and crown wheel inside the seven-speed automatic transmission’s final drive, and thinner glass. Carbon aero parts throughout the body and an active rear wing calibrated to take roof status into account contribute to a total of 25 percent more downforce compared to the 720S Spider. 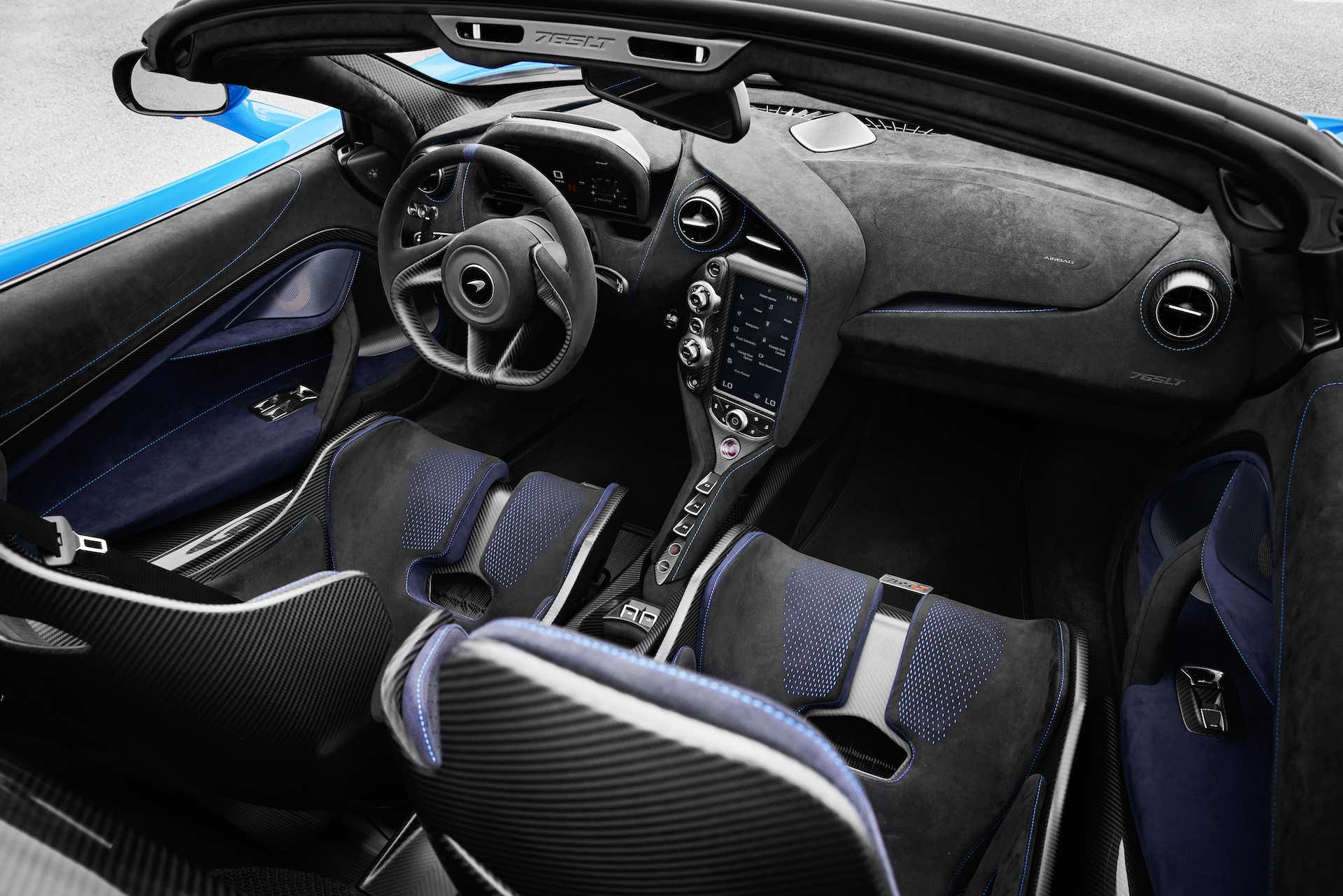 A lower and wider front track, bespoke springs and dampers, ultra-light wheels wrapped in Pirelli P Zero Trofeo R tires, and a recalibrated linked-hydraulic suspension system aid in the 765LT Spider’s ability to crush corners. There are also carbon-ceramic brakes coupled with calipers taken from the McLaren Senna. As for the Spider’s skeleton, McLaren says the base car’s carbon monocoque chassis is so strong, no additional bracing was required when removing the roof. 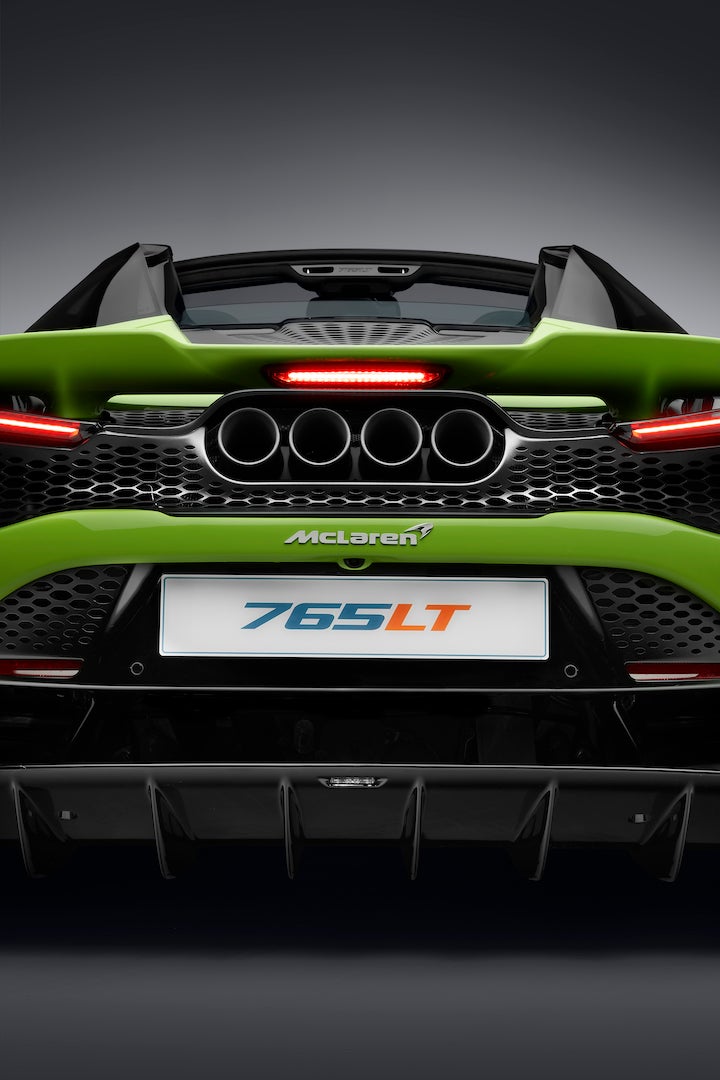 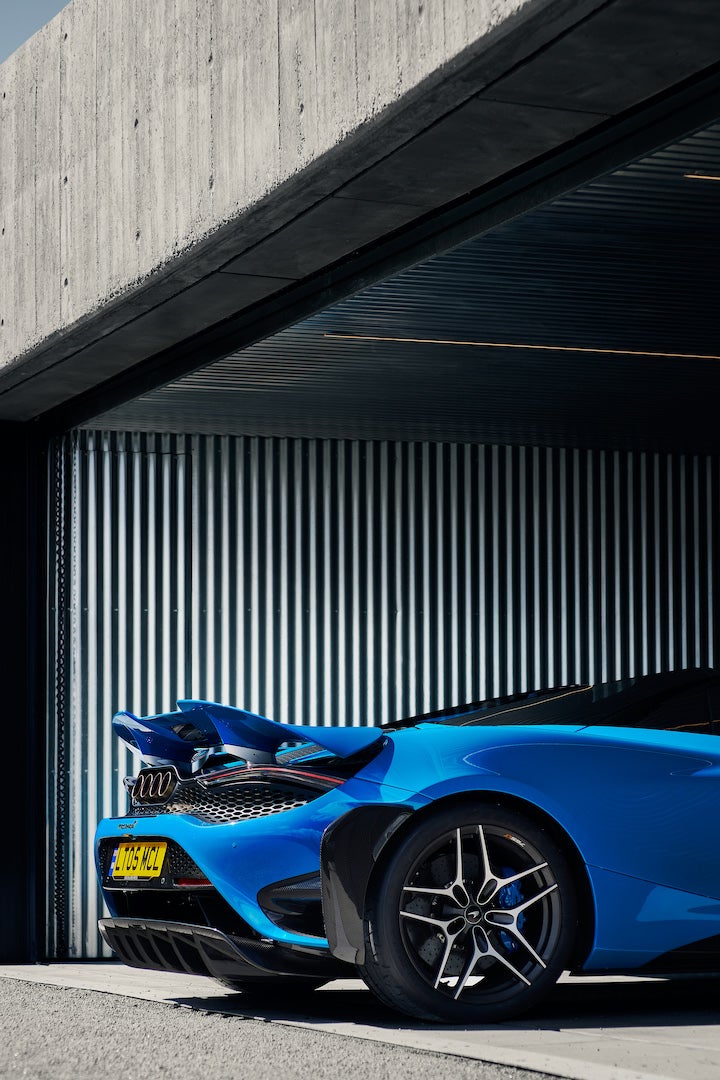 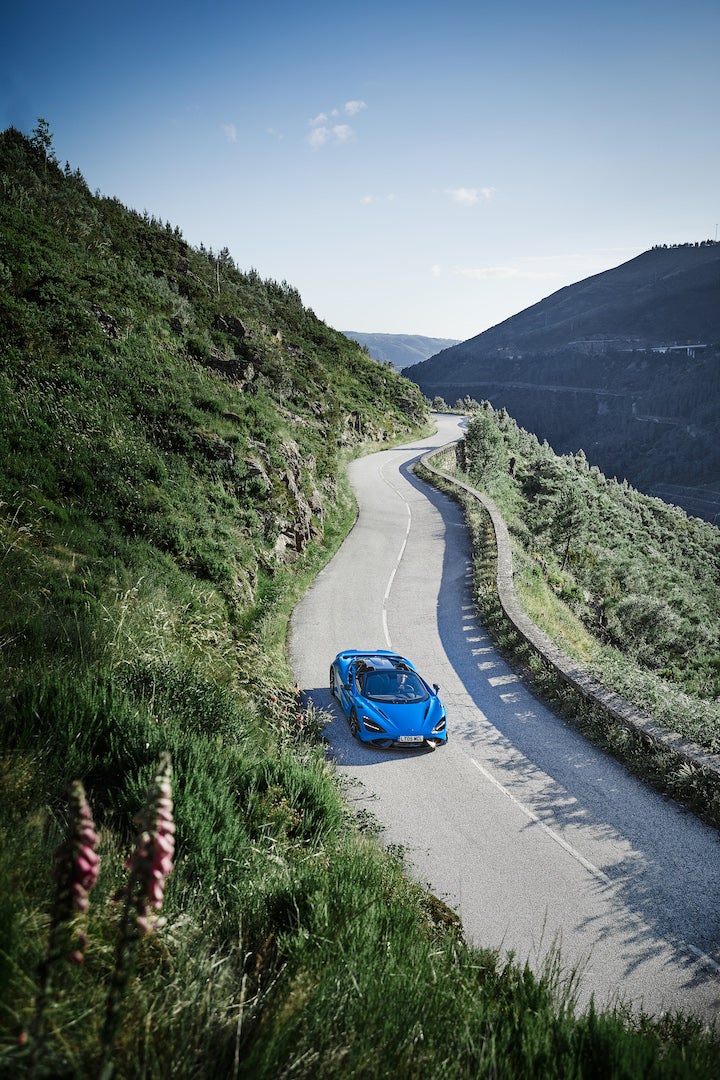 Par for the fast-car-made-faster course, carbon seats, a carbon center tunnel, an exposed carbon floor, and a whole lot of Alcantara grace the interior. The stereo and air conditioning have been removed in the name of even more weight savings (and, if we’re all being honest, track day street cred) but can be added back at no extra cost.

Starting at $382,500, the McLaren 765LT Spider is sold through to the end of the year. Build slots for 2022 cars are still available but filling up quickly, a spokesperson told The Drive, saying “customers interested in placing an order should speak to their local retailer sooner rather than later.” Now, get off your butts and go secure those McLarens, people. 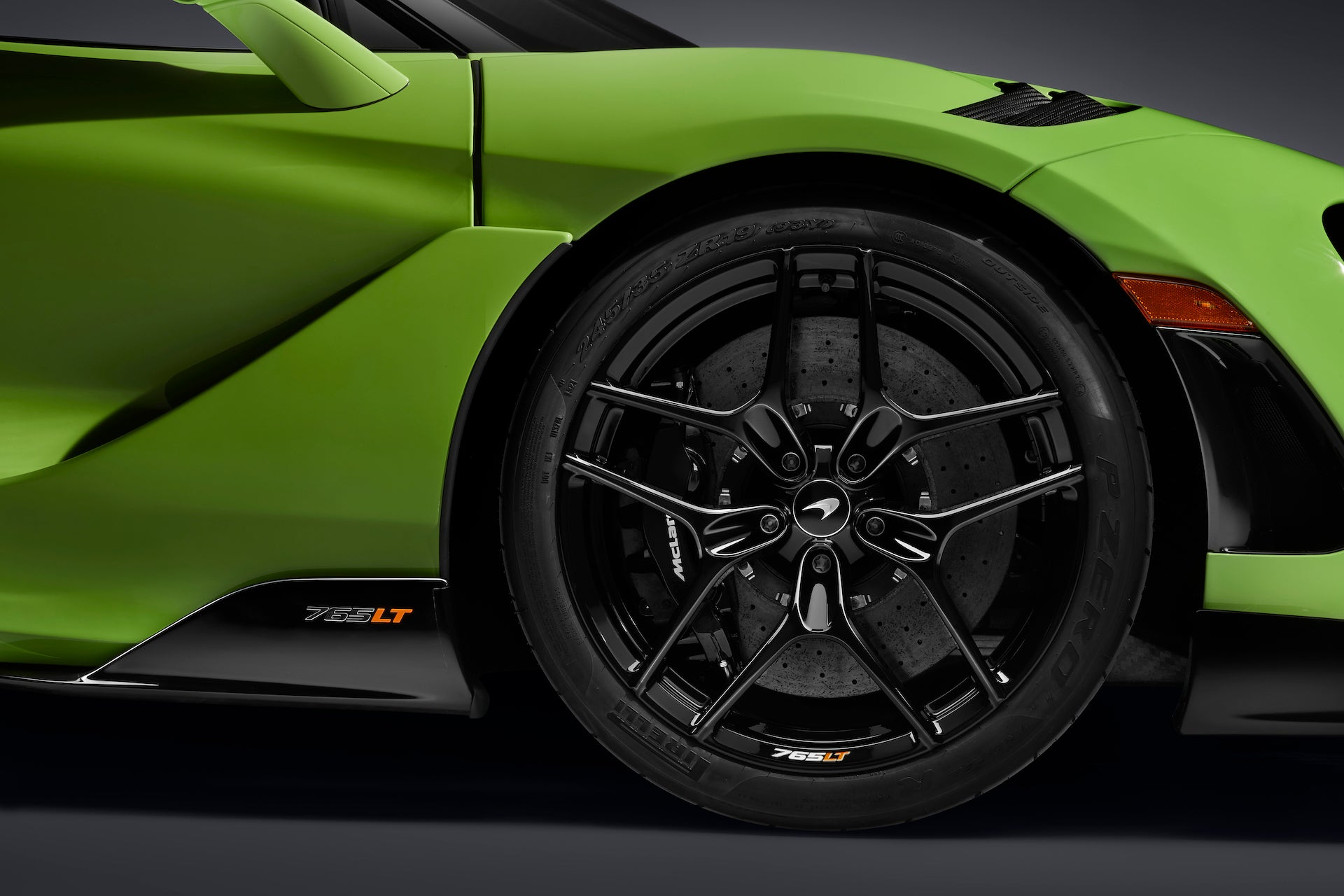 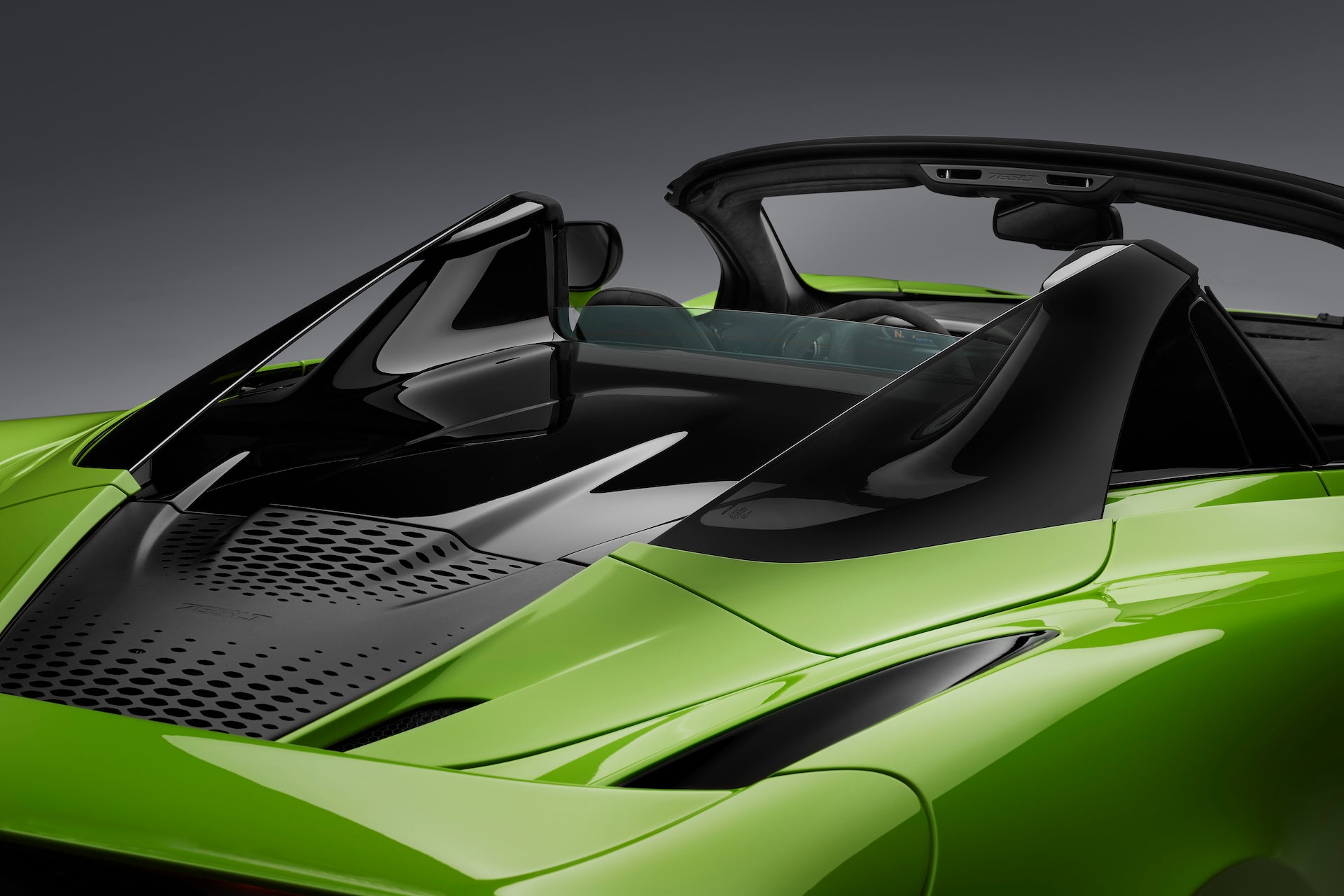 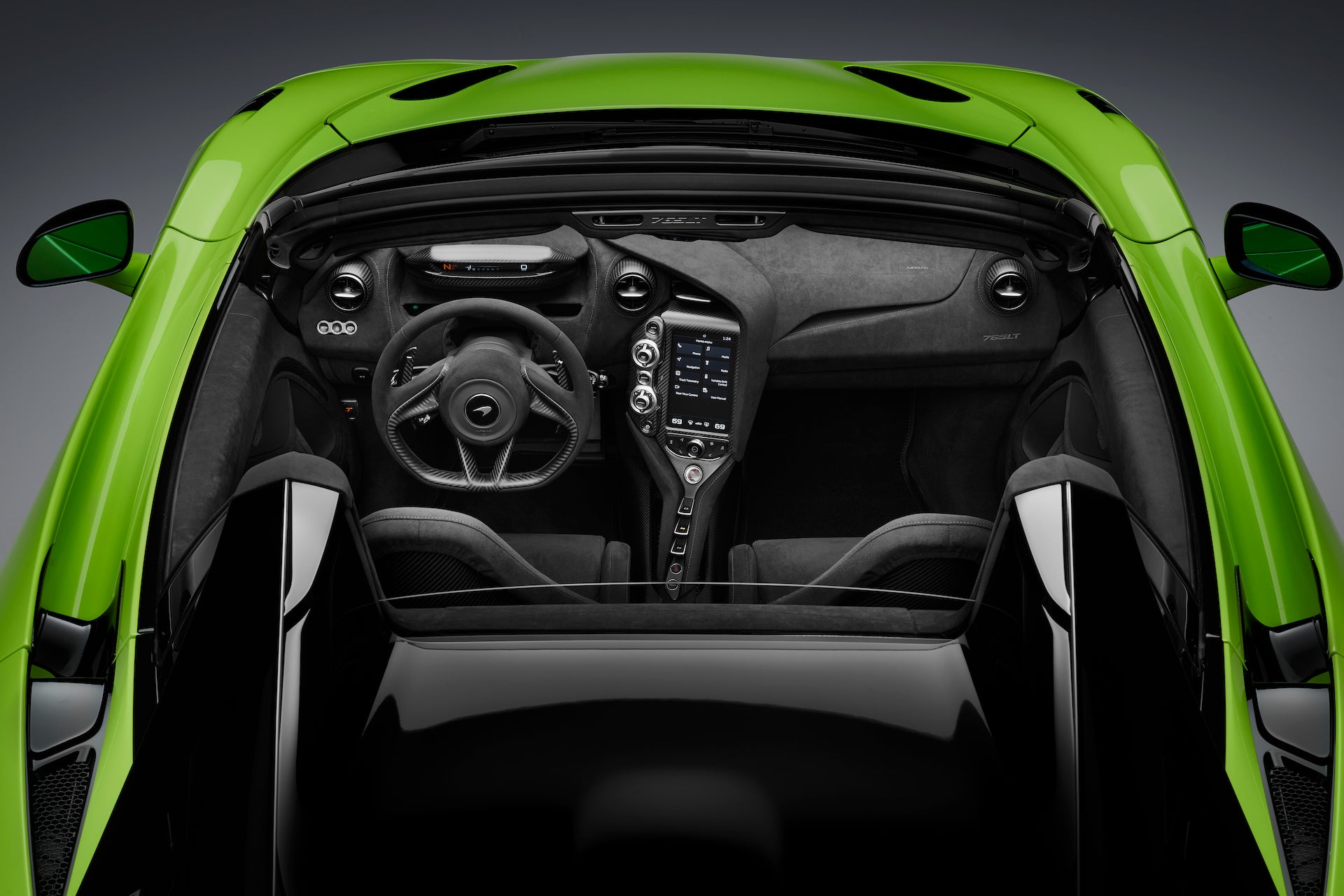 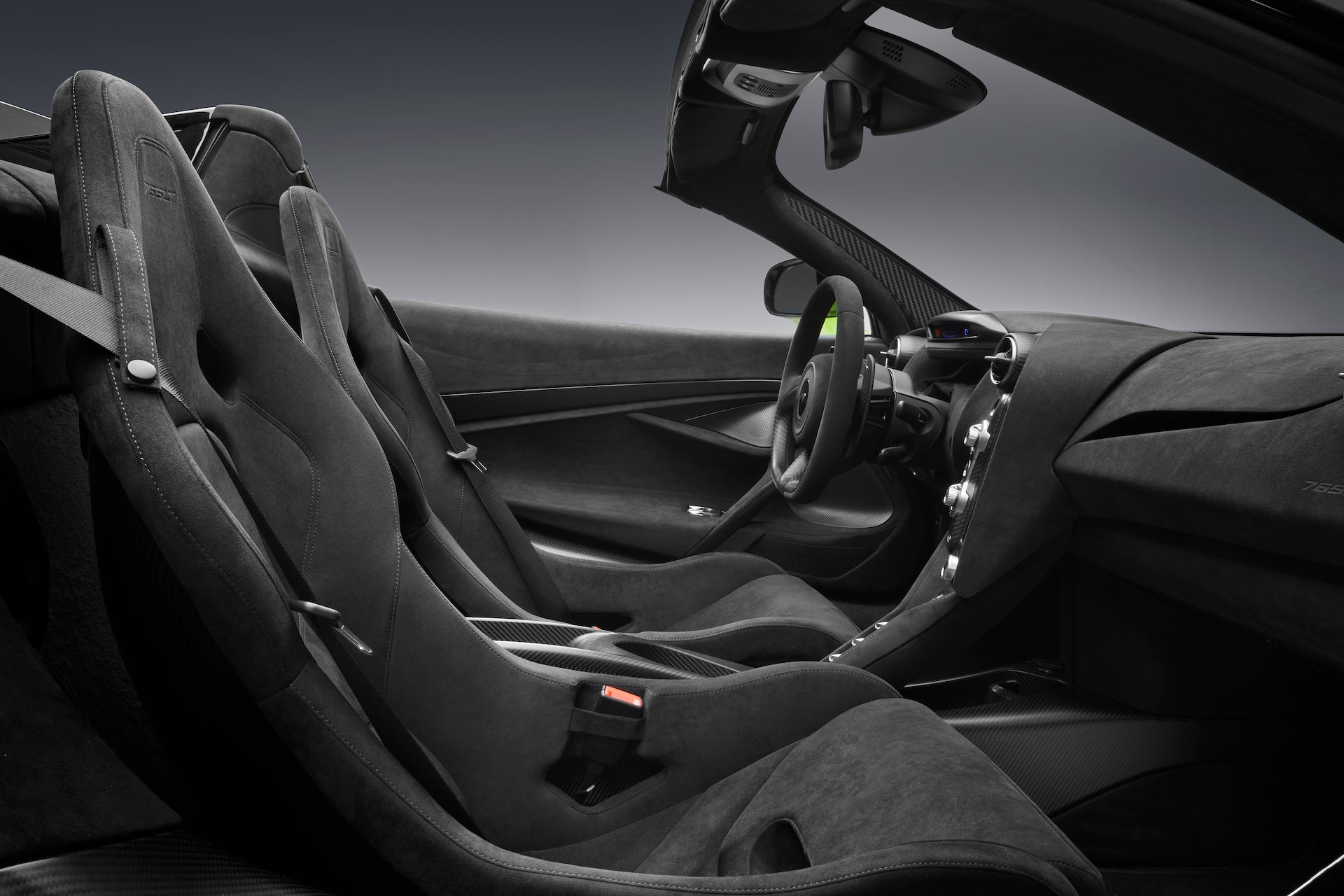 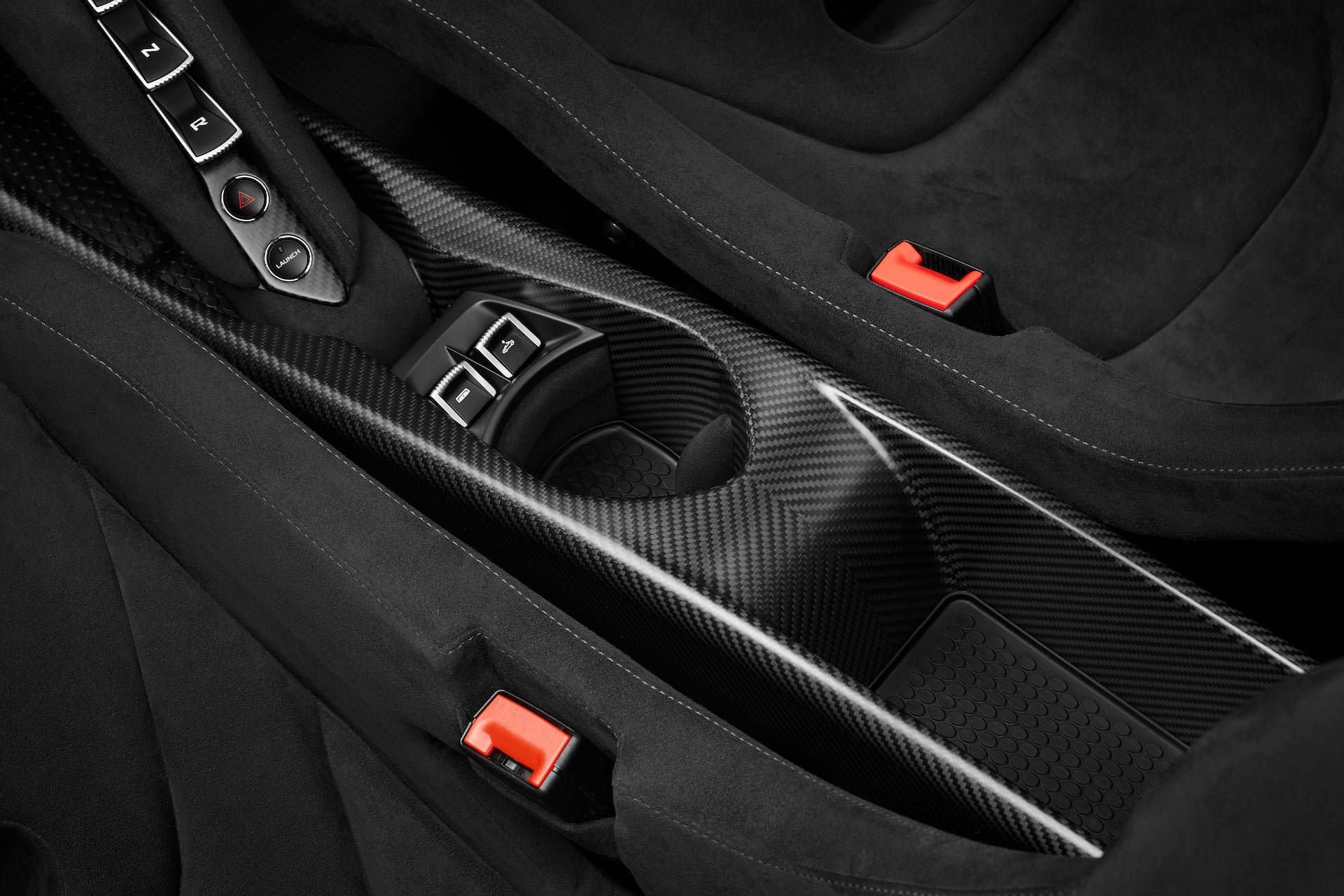 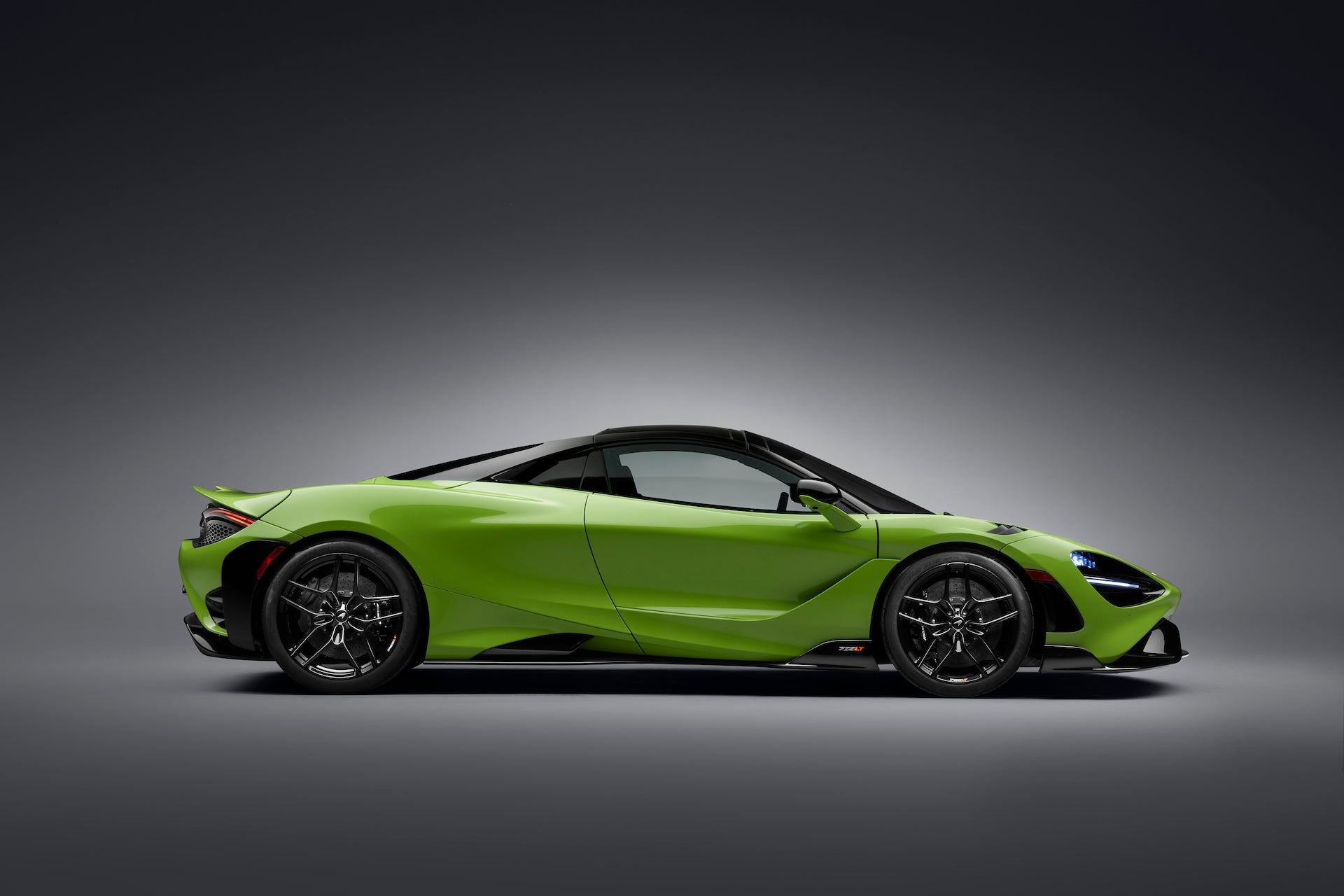 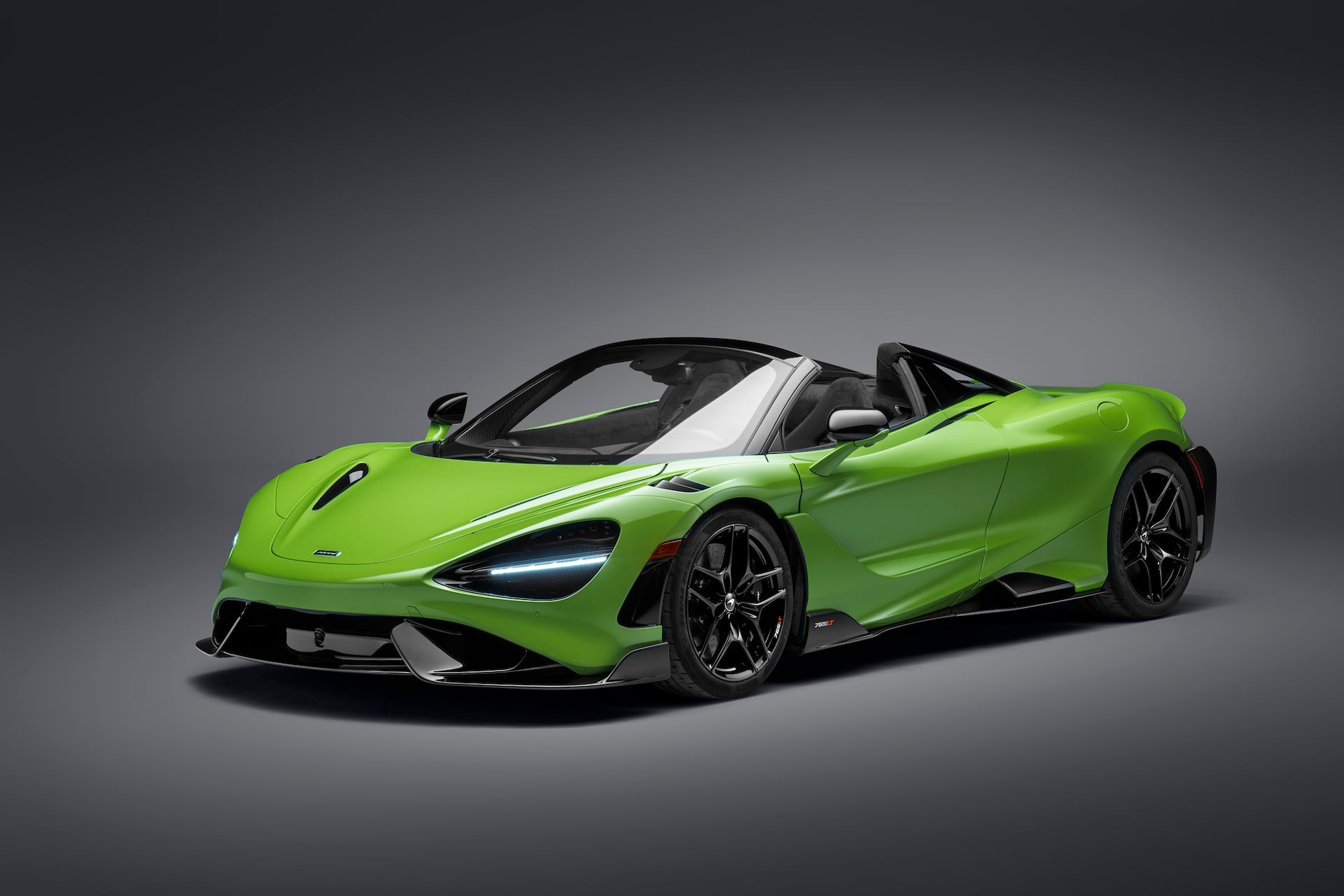 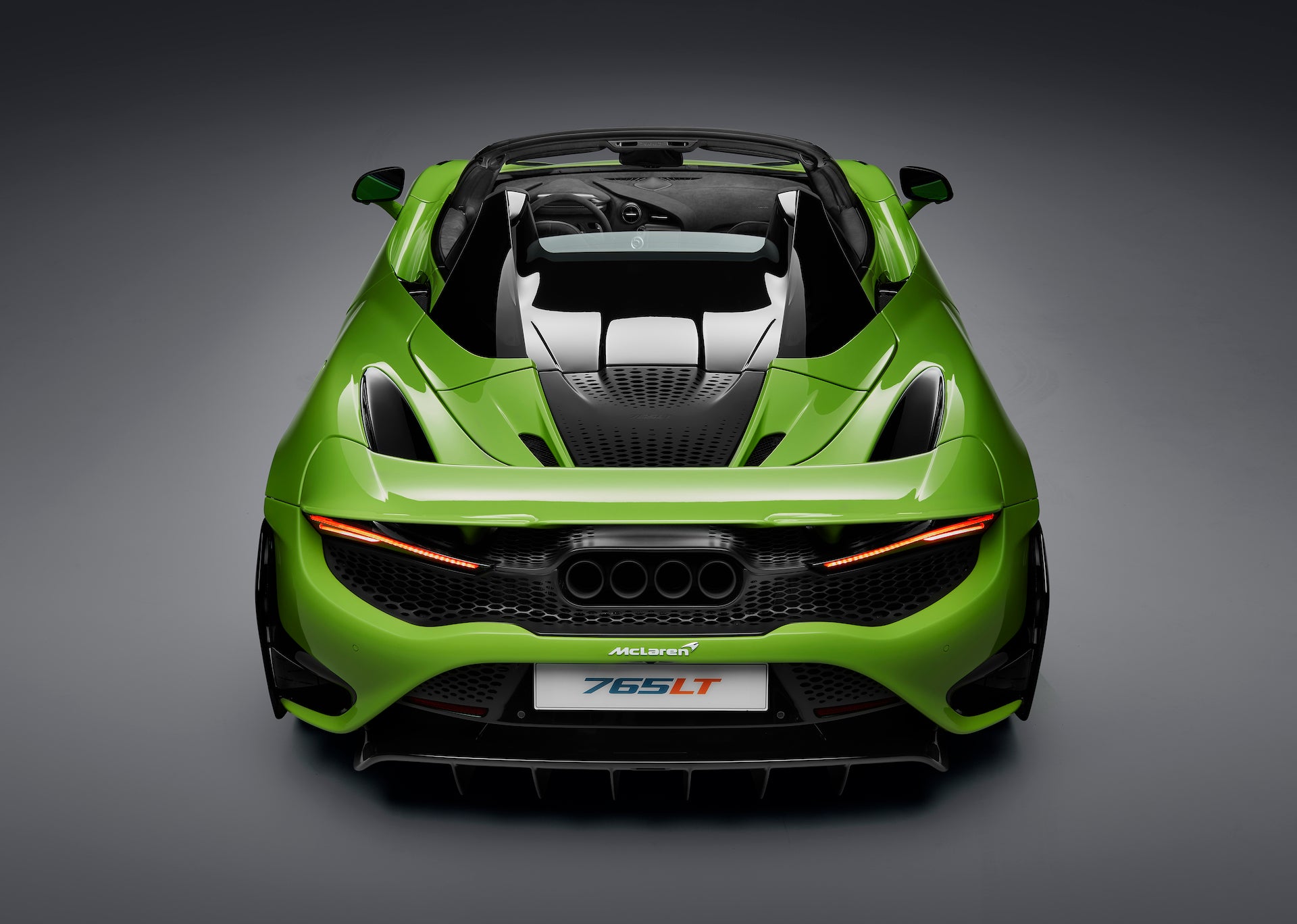 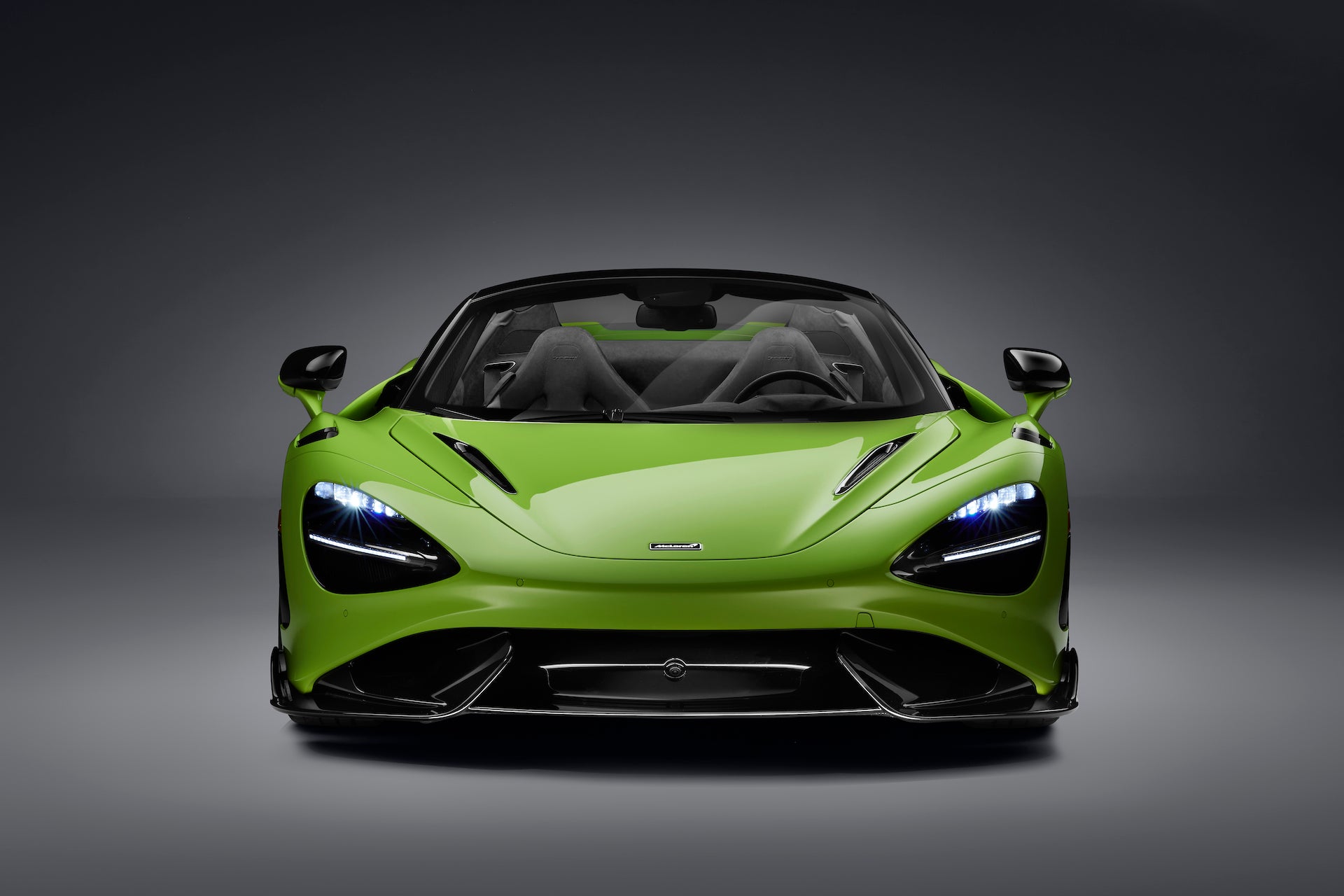 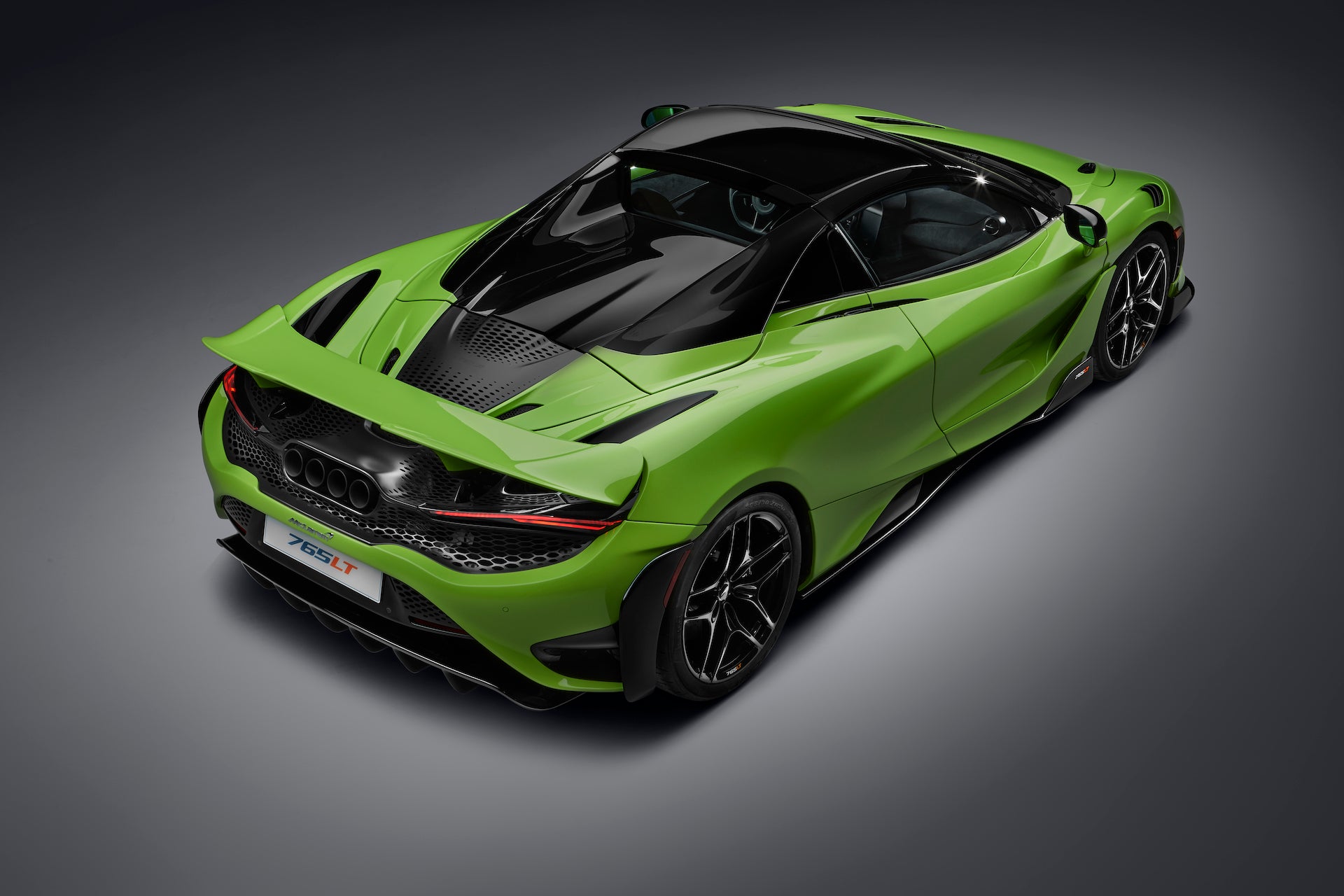 Got a tip or question for the author about the 765LT Spider? You can reach them here: [email protected]