The 240-mile-per-hour McLaren F1 is heralded as one of the greatest cars ever. It’s perhaps the most lusted-after enthusiast machine built even 28 years later, and it’s only obtainable by the ultra-wealthy. But what you may not know is that there is an even rarer vehicle that uses one of the F1’s most important parts: its engine.

That vehicle is none other than the BMW X5 Le Mans. Yes, it has the McLaren’s BMW-sourced V12 under the hood, it sounds like an F1 car, and it’s an SUV. 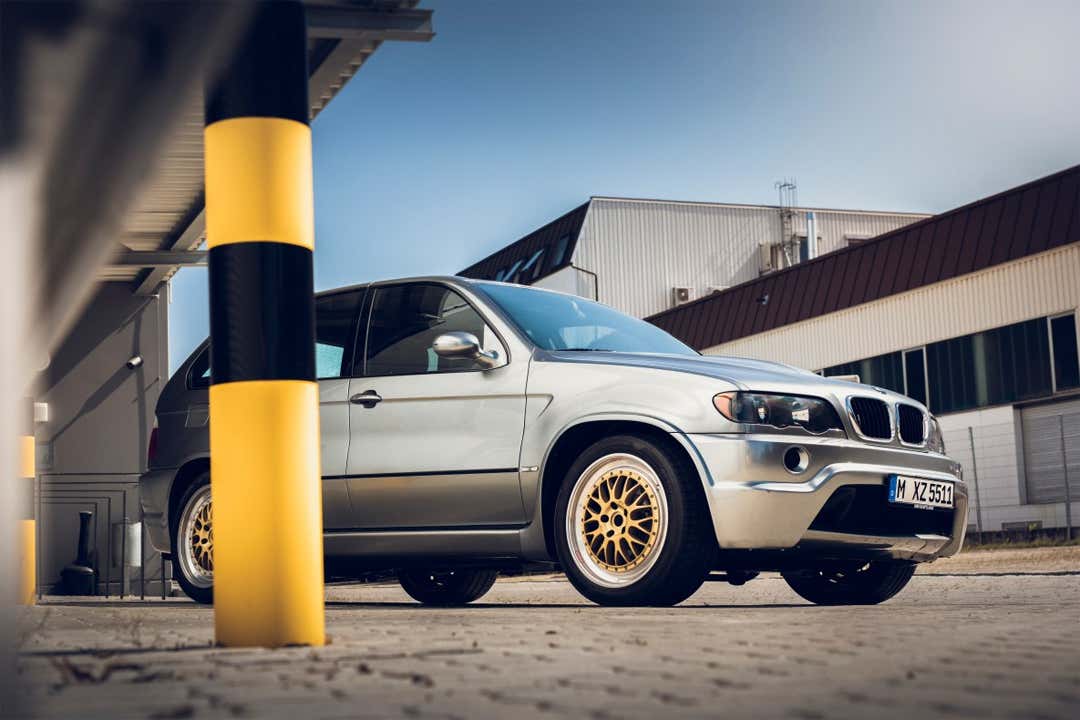 The BMW X5 Le Mans is the relatively little-known granddaddy of BMW’s performance SUVs. Built in 2000, the prototype packed a punch unlike any other people hauler on the planet thanks to its 6.1-liter V12 shrouded in carbon fiber. The contraption sent more than 700 horsepower to a rear-biased drivetrain, had a lightning-quick zero to 60 time of just 4.7 seconds, and could climb all the way to 193 mph. This unusual combination of speed and utility undoubtedly helped swoon white-collar BMW executives into greenlighting the more modest production-ready version of the car, the X5 M, for release nearly a decade later.

After developing that engine for McLaren, BMW’s engineers built a more powerful variant called the S70/3. Eventually, BMW ended up with an iteration known as the P75, the “P” designating it as a race engine in the company’s lineup. This platform would end up powering the V12 LM and V12 LMR Le Mans prototypes, all with McLaren F1 heritage running through their veins. 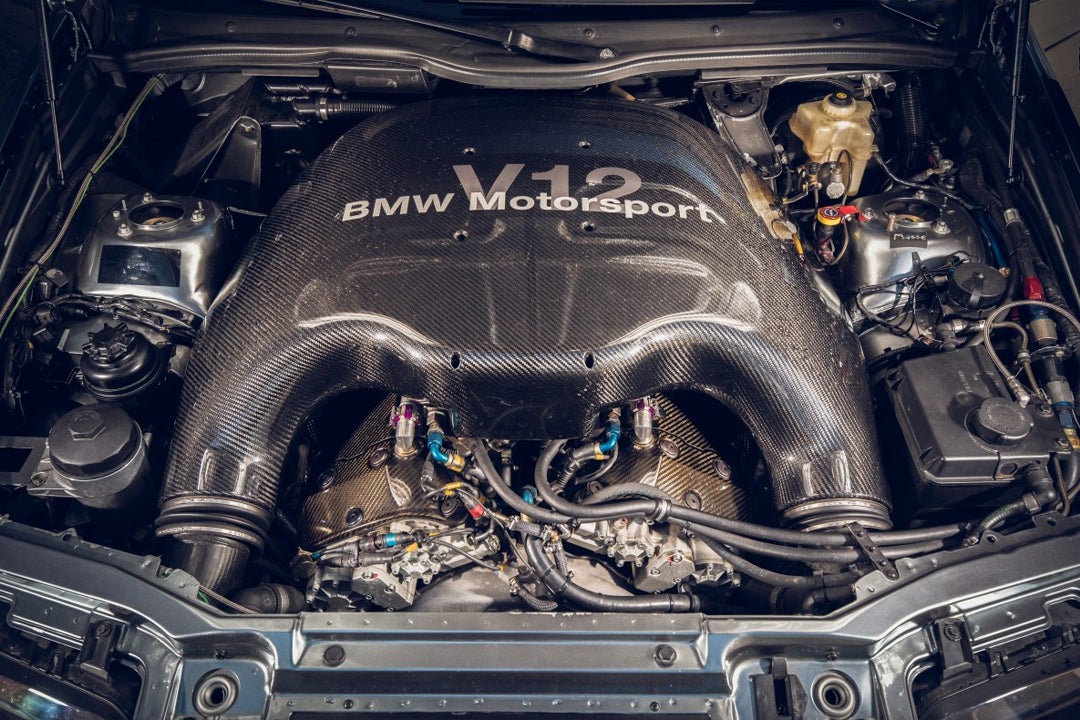 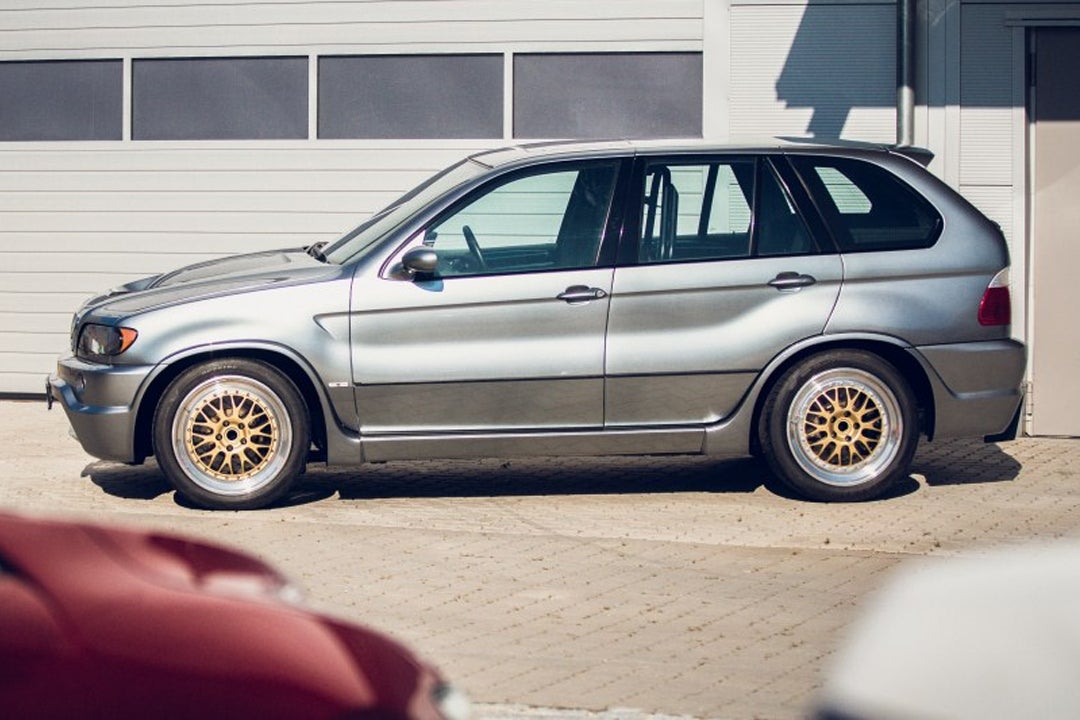 Just like the racecars that the P75 propelled, the X5 LM was a force to be reckoned with. Its imposing aura began from the moment the driver completed a special start sequence and began blaring a symphony from its center-exit exhaust. On the track, it put on a strong display of muscle, offering pops and burbles typically reserved for, you guessed it, race cars.

And to top it all off, this SUV had absolutely no right being so quick around the track. In 2001, Hans-Joachim Stuck (seen driving below) set the record for quickest SUV around the Nürburgring Nordschleife in this very vehicle. At seven minutes and 49 seconds, that’s nearly as quick as a Porsche 997.1 GT3.

Inside and out, this prototype felt more like a subtle racecar than a soccer van. The X5’s sport-tuned suspension placed the SUV lower to the ground, while it skated across the pavement on aptly-named BBS LM wheels. The prototype also had wider fenders and sportier bumpers to signify its importance over the standard X5, plus a vented hood to help the massive V12 get the air it needed to make its power.

Inside was no different. Changes like bucket seats, an E39 M5 gauge cluster, and an “M” shifter were a dead giveaway that the car was special. There was also a roll cage built only over the driver’s seat. Perhaps even more interesting are the small stickers which engineers placed over the dashboard, warning occupants to always wear their helmets because there weren’t any airbags to help out in an accident.

If nothing else, the X5 Le Mans is a clear example of just how much freedom BMW gives its engineers in coming up with ridiculous projects. This also isn’t the first time that we’ve heard about BMW stuffing a V12 into something completely unnecessary. According to former McLaren road car director David Clark, a prototype M5 Wagon existed with the McLaren F1’s V12 under the hood.

In all, the X5 LM’s racecar-like package and sporty motifs make it unreplicable, and that’s why we love it.