Lateral moves between IndyCar and Formula 1 don’t always go off without a hitch—just ask Fernando Alonso. But one driver for whom things did work out was Colombia’s Juan Pablo Montoya, who after winning his rookie Indianapolis 500 in 2000 (so long ago Oldsmobile powered his car), hopped to F1, where he won the Italian Grand Prix in his rookie season. And in 2021, 15 years after he last raced for McLaren, Montoya will re-ally himself with the team to race for Arrow McLaren SP at next year’s Indianapolis 500.

Montoya last raced at Indy in 2017, where he placed sixth overall at the ripe old age of 41. Two years prior, Montoya won the race outright as part of a season where he tied on points with championship winner Scott Dixon, though placed second overall owing to IndyCar favoring Dixon’s three wins to Montoya’s two. 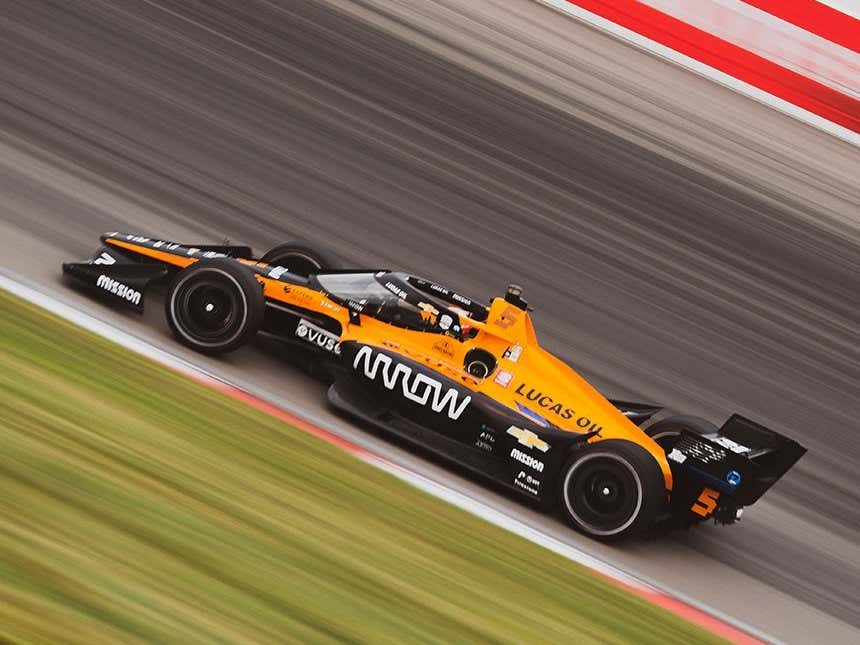 “I’m very excited to be joining Arrow McLaren SP for the Indianapolis 500,” commented Montoya in a team release. “I have some great history with McLaren from my F1 days and I’m looking forward to making some more at next year’s Indianapolis 500.”

Indeed Montoya does; he scored three Grand Prix wins with McLaren in his sole full season with the team before departing partway through a less successful sophomore season. Going by Montoya’s track record in IndyCar, he looks like he has a solid shot of tasting the podium milk for a third time on May 30, 2021, when the next Indianapolis 500 is scheduled to run.