Jerry Wiegert only ever made a handful of Vectors, but that almost didn’t matter. And despite perpetual fundraising troubles, publicity overloads and at least one lawsuit against a car magazine – ahem, Autoweek – he did what no American car company had ever done, fueled the supercar dreams of a generation with a made-in-America patriotism that would beat Ferrari and Lamborghini at their own games.

But first he had to make a supercar.

Gerald Alden “Jerry” Wiegert was born in Dearborn, Michigan, a crankshaft’s throw away from the Ford HQ building. His father was a machinist. So he was genetically predisposed to be some kind of car guy.

The rest of the information is unconfirmed, at least unconfirmed in specific detail. Wiegert was happy to allow others to assume things that advanced his dreams, and in general, the automotive press was all too eager to slap his Vectors on the covers of its magazines, along with all the claimed performance specs and production dates. Few followed up on the claims because, really, why shatter this beautiful dream? 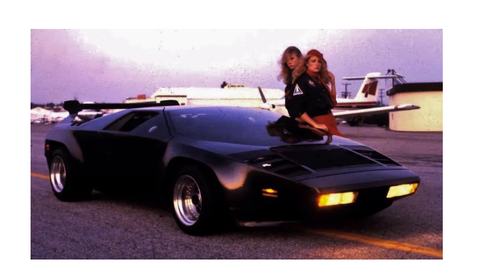 From his Dearborn beginnings, Wiegert said he went to the Center for Creative Studies in Detroit, interned at GM then graduated from Art Center College of Design in Los Angeles. From there he said he worked in design and even helped set up Toyota’s CALTY Design Research center in Newport Beach. He claims on his website www.vectormotors.com, that he invented everything from the Jet Ski to the “4-Wheel ATV.” He even claims to have invented the “Airstream Motor home.”

It was 1971 when he built the first concept of a Vector. The first magazine cover story came soon after, then the next, and the next, and pretty soon it was all over automotive journals. No one cared that the claims were a little outrageous, and no one cared that there was almost no “production” involved in this “production car.” Wiegert took one Vector in various forms to car shows across the country, in a near-continuous search for financial backing.

But there was a limit to how long even the automotive press could continue printing the same story. In Autoweek’s March 23, 1987 issue, Dutch Mandel wrote a story called “The Great Vector Myth,” in which he took apart the Wiegert campaign piece by mil-spec piece.

“It is an intoxicating dream, one that has suspended Wiegert in his own Neverland for more than 15 years,” Mandel wrote in that 1987 article on the continuous praise Wiegert got. “Now, after a decade and a half, a single car, what Wiegert calls a Vector W2, exists, but whether it will ever become more than one man’s smoothly designed, crudely rendered plaything, remains to be seen.” 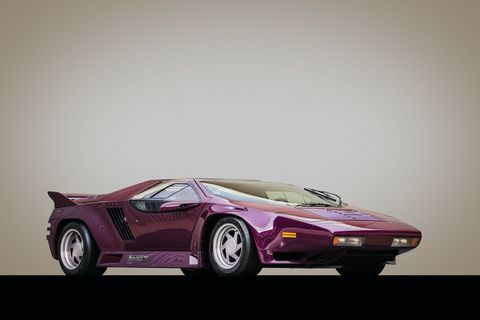 Mandel made good points that no one else was making, surprisingly very similar to claims made now by companies like Hennessey and SSC North America, where the definition of what constitutes a “production car” is left up to the manufacturer. And again, no one seems to care, as long as the performance claims are good enough. People want to believe the dream.

“‘Production of customer-purchased Vectors now in progress,’ is a claim Wiegert has made for at least five years,” Mandel wrote back then. “Still, not a single customer has taken delivery of a Vector. No Vector has been Federalized. No Vector has even been finalized. All that exists is the myth…”

Mandel even went as far as to criticize Wiegert’s haircut, calling it “his Prince Valiant hairdo.”

So Wiegert sued Autoweek for libel. He lost.

“‘To suggest Jerry was a run-of-the-mill car guy, or even a run-of-the-mill dreamer, is a disservice,” Mandel said 34 years later, upon hearing of Wiegert’s passing. “He possessed imagination, determination and chutzpah like few others, and because of that created a fantasy whose likeness adorned the bedroom walls of adolescent car guys everywhere. I took no pleasure in proving false his claim that he ‘built the world’s fastest production car,‘ but I give him credit for never giving up on his dream. Few others can claim to do what Gerry accomplished, and he has a deserved place as the creator of a wild-ass super car.”

Wiegert sued a number of other entities, too, usually having to do with use of the car in advertisements, but also for Goodyear naming a tire “Vector.” Those lawsuits, and various investors, kept the company afloat and the dream alive. And it was dreamy. By 1992 when the Avtech WX3 was to be presented at the New York auto show, the claim was that its “twin-turbocharged 7-liter V8 engine is capable of producing 850 – 1200 horsepower and will propel the prototype to a top speed of over 250 mph.”

By the time Road & Track and Car and Driver were allowed to test the car, results were considerably less than promised, with numerous overheating problems and other difficulties. Strangely enough, Autoweek was never offered a car for evaluation.

That same year, when some investors sued Wiegert and Vector and demanded his removal from the company he founded, Wiegert locked himself in the company’s Wilmington, Calif. headquarters and wouldn’t leave. (That was my first assignment for Autoweek when I moved from Detroit to L.A., standing outside the company door waiting to see if anything would ever happen. Nothing ever did.) Wiegert eventually prevailed in court and kept control of Vector. And he kept parading the dream to investors.

Eventually he did make some cars. He might have made as many as 19 total, if you include two prototypes. There were about eight of them at Concorso Italiano one year and they sure looked nice. 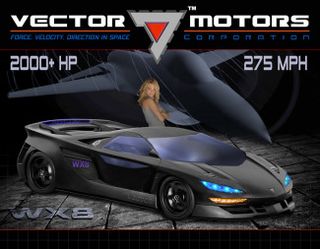 Wiegert also founded a company called Aquajet that made a product called the Jetbike. At the time of his passing, he was reportedly still working on a new version of the mighty Vector, the WX8 Supercar, according to his publicist Katara Natasha, ceo and founder of K&Co. Media.

“It was to be the fastest car ever to be made in the U.S.A.,” Natasha said.

We have no doubt.

It has been some time since we heard anything about the Honda Connect telematics system for our market, but we’ll finally have a lot more information tonight, as Honda Malaysia…

You gotta hand it to Mansory because the outfit's creations are never boring. Polarizing, for sure. But never boring. In fact, the brashness is endearing. Take the new 2021 Mansory…
F1

Two big names from the NASCAR world, Tony Stewart and Ray Evernham are teaming up on a series after every racing fan's heart: the Supercar Racing Experience, or SRX for…

Two big names from the NASCAR world, Tony Stewart and Ray Evernham are teaming up on a series after every racing fan's heart: the Supercar Racing Experience, or SRX for…