If there’s one car Jay Leno is likely to be adding to his ever-changing collection soon, it’s the original Lancia Stratos—especially after a brief drive in one around Lost Angeles. With its short wheelbase, mid-mounted Ferrari V6, short gearing, and Marcello Gandini’s purposeful rally design, Lancia’s combination was unbeatable as a tool built for the World Rally Championship. Yet, it remains a delightful road car that’s still capable of turning on a dime and taking punches like no other mid-engine car would.

This red 1975 Lancia Stratos HF used to belong to John Campion, a lifelong Lancia fan and friend of Jay Leno, who sadly passed away recently from leukemia. After being delivered new as a road model, it was soon turned into a racing car, which led to this Stratos “High Fidelity” retaining its synchromesh gearbox, leather seats, as well as the 2.6-liter Dino V6 in road tune that produces 190 horsepower. The rest, however, is pretty much pure WRC specification, with dual fuel fillers, a full-length skid plate, and a set of rally clocks for your co-driver. 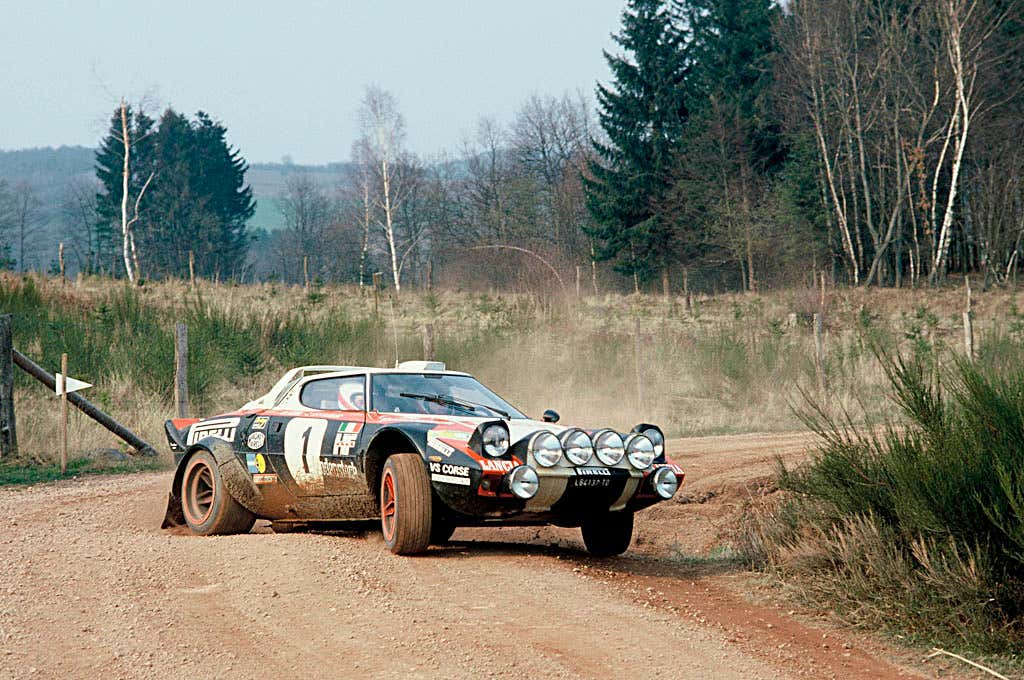 Back in the early seventies, Lancia got lucky with its Stratos project. After the already successful, yet front-wheel-drive Fulvia HF, the Bertone-designed, rear-drive Stratos was a major game-changer built to win rallies. Powered by Ferrari, it raced to three WRC championships as well as a Targa Florio win in 1974 by the likes of Sandro Munari, Björn Waldegård and Bernard Darniche.

Built around a tubular spaceframe like the Lamborghini Miura and Countach, the Stratos uses a much beefier chassis, wrapped in an iconic fiberglass wedge body shaped by Marcello Gandini, whose design evolved from the V4-powered Stratos Zero and Stratos HF Prototype concepts, only to keep waiting for Enzo Ferrari to give Lancia a proper performance engine for series production. 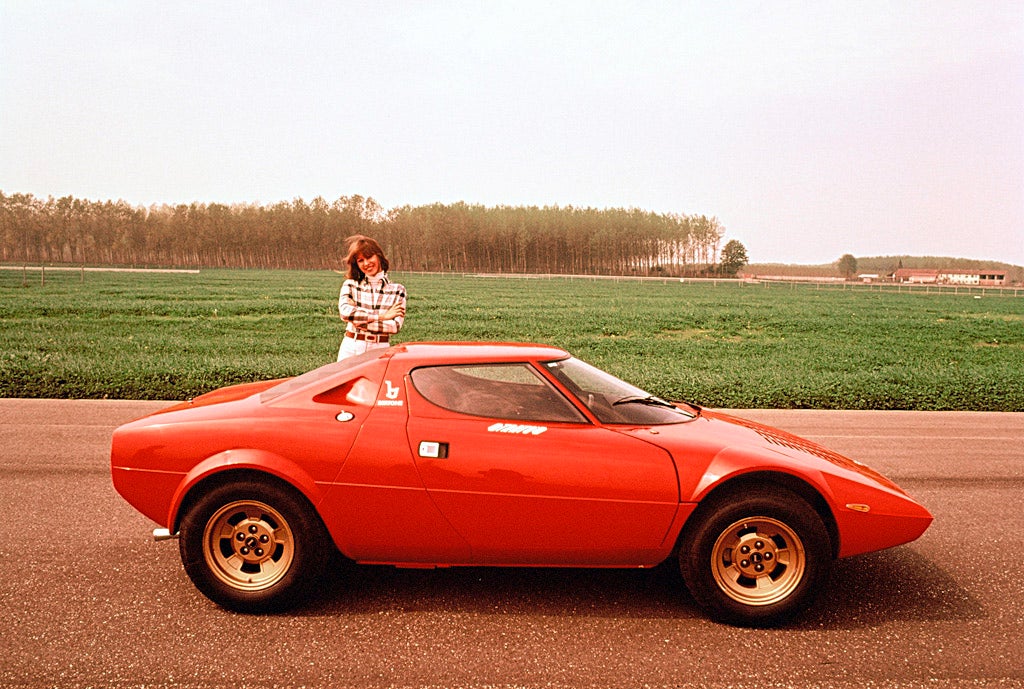 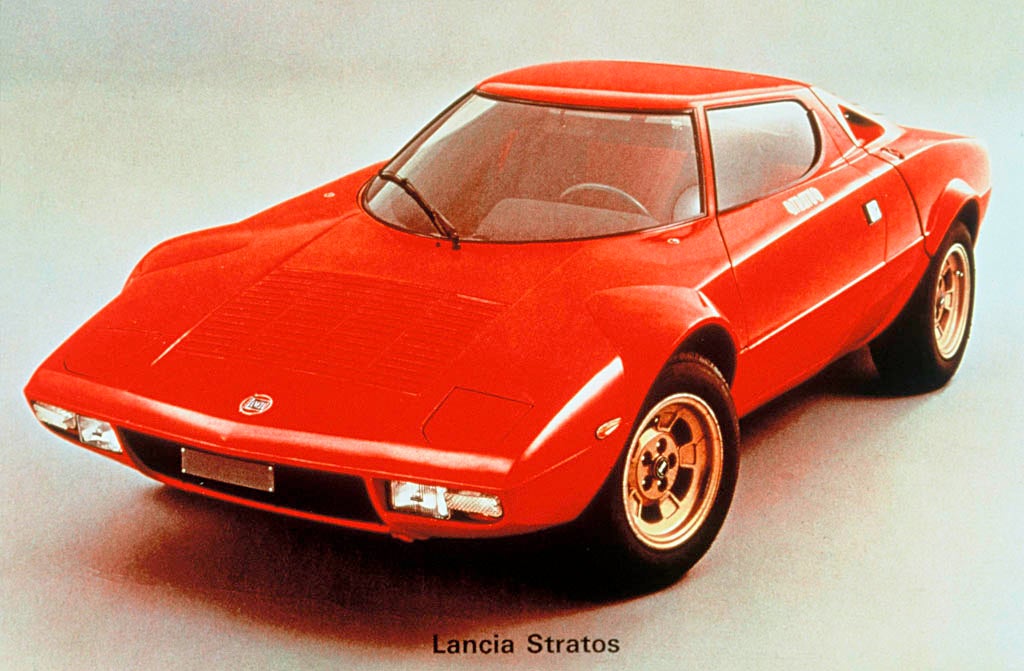 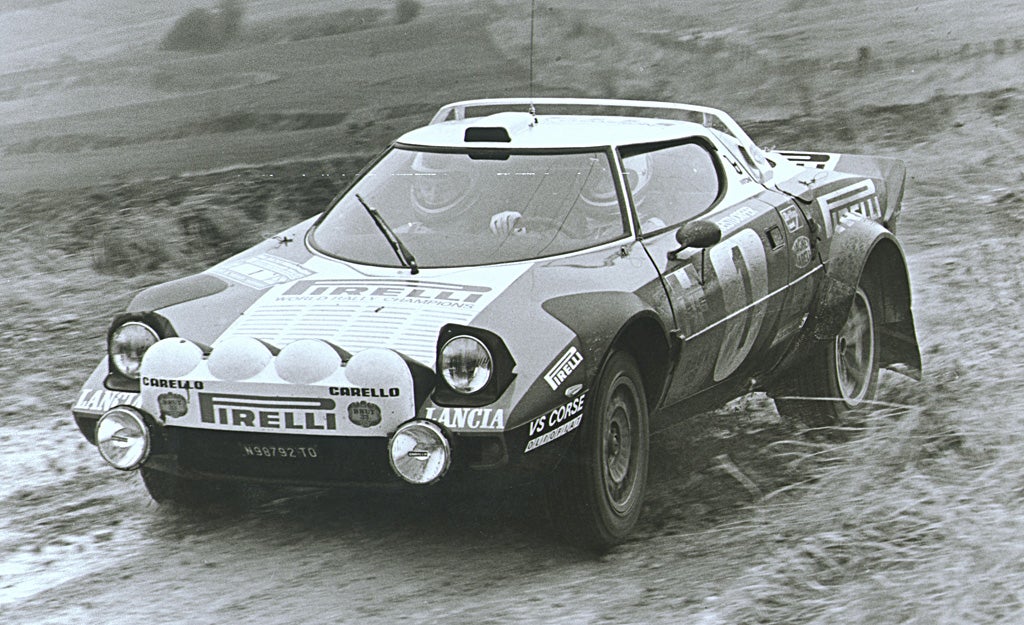 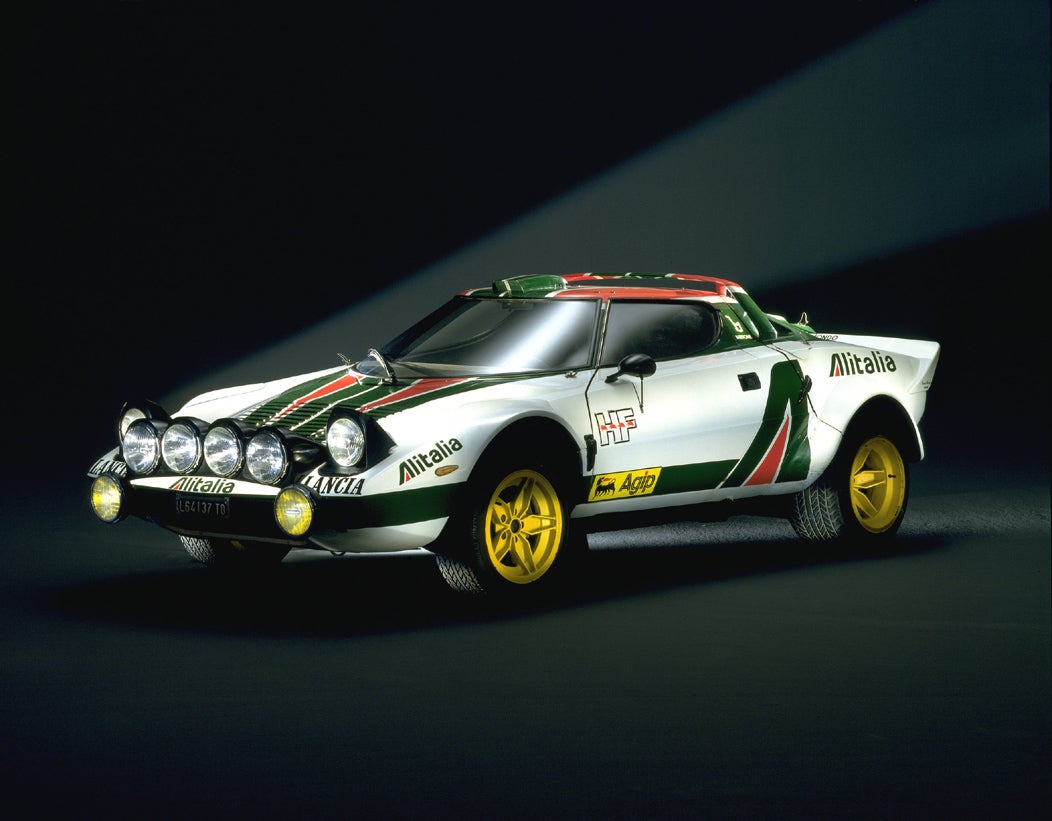 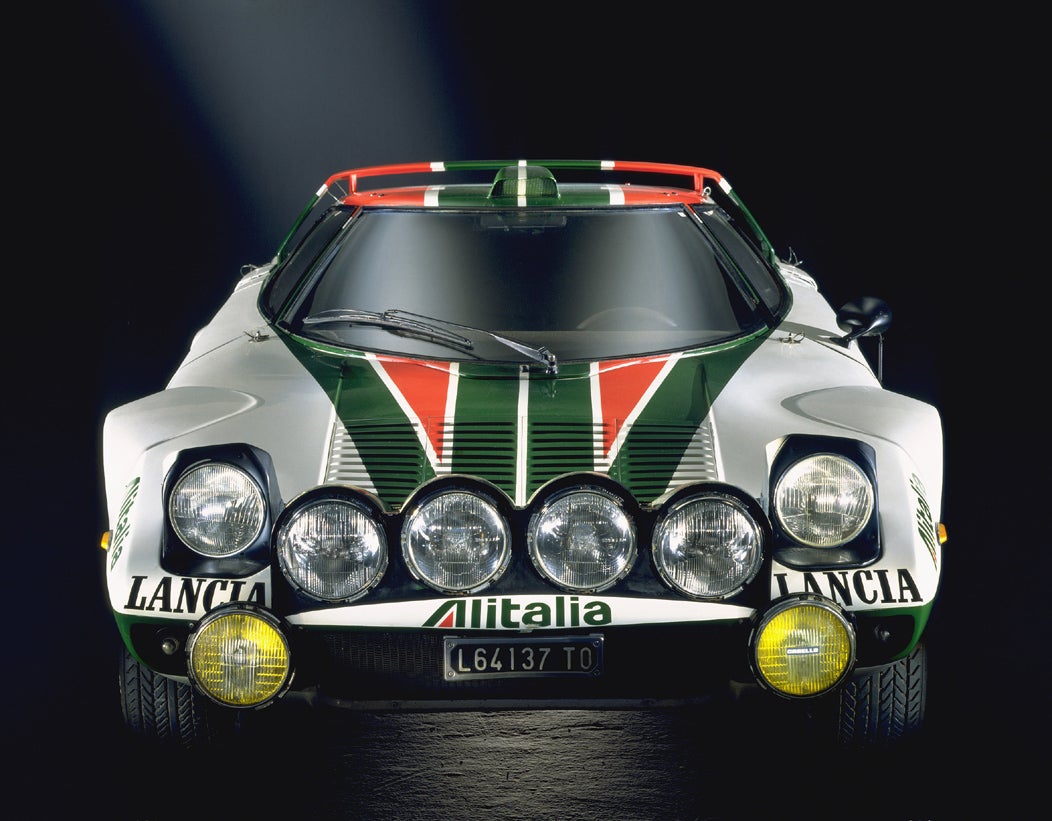 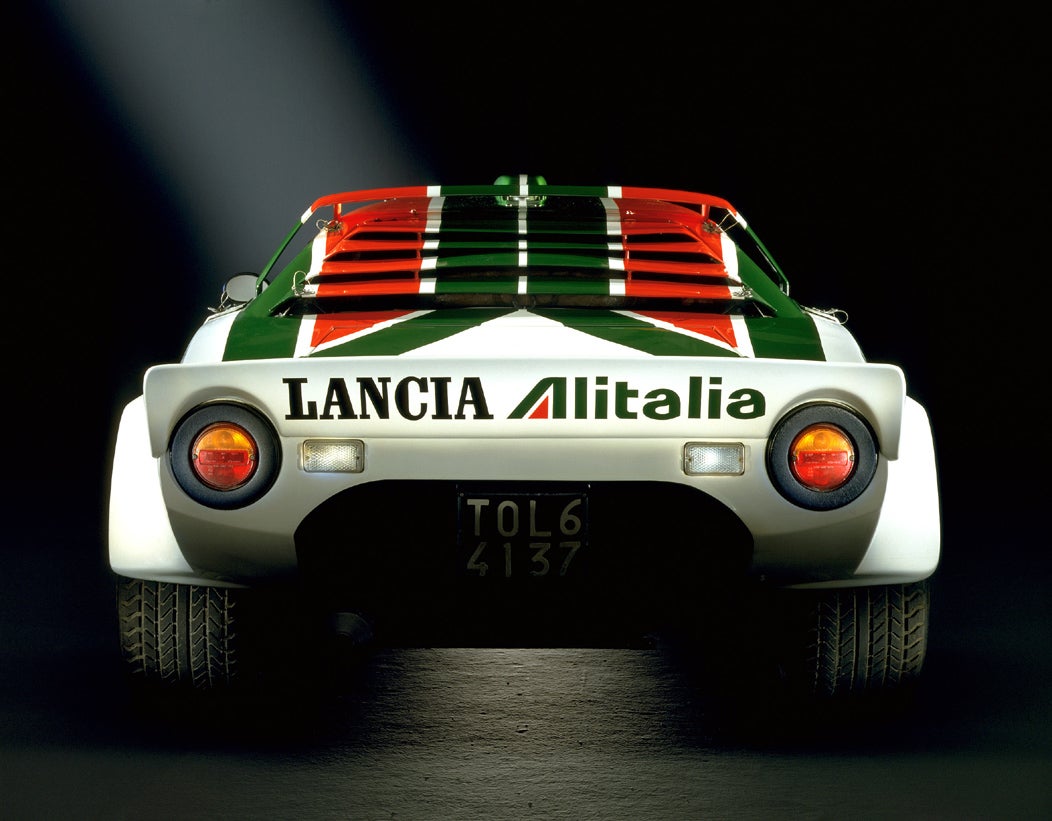 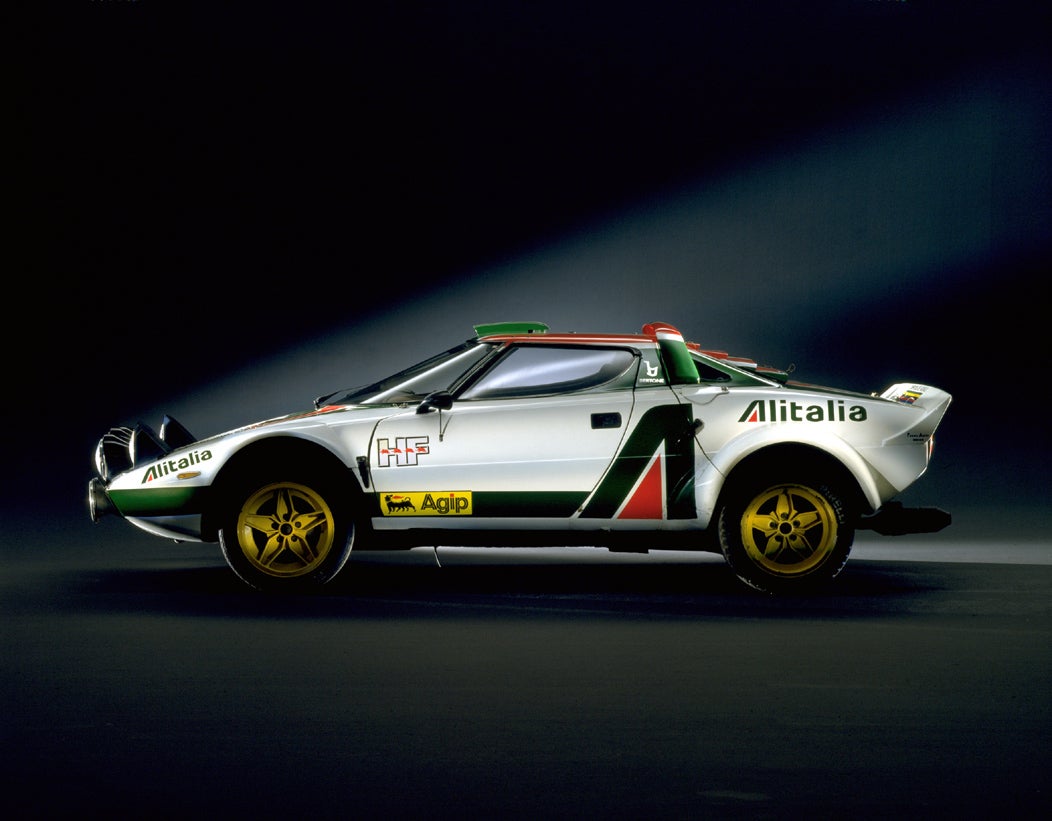 Ferrari blessed Fiat with its 2.6-liter Dino V6 only to achieve sufficient volumes for homologation through the resulting Fiat Dino road cars. However, Lancia could only receive a batch of 500 Ferrari engines once the V6-powered Ferrari Dino’s production run was set to end in 1974. Between 1973 and 1978, Lancia ended up building 492 of its road-going supercars, featuring dogleg five-speed gearboxes, a usable trunk, and the lightest window mechanism this side of a traditional slider.

With its massive fiberglass airbox protecting the Weber carburetors, the Ferrari engine’s 190 horses propelled the 2,160-pound road cars to a red line near 7,200 rpm. The sub-2,000-pound Group 4 version was tuned much higher, hoping that its standard Carello light set would bring clarity to the fast-approaching curves ahead. 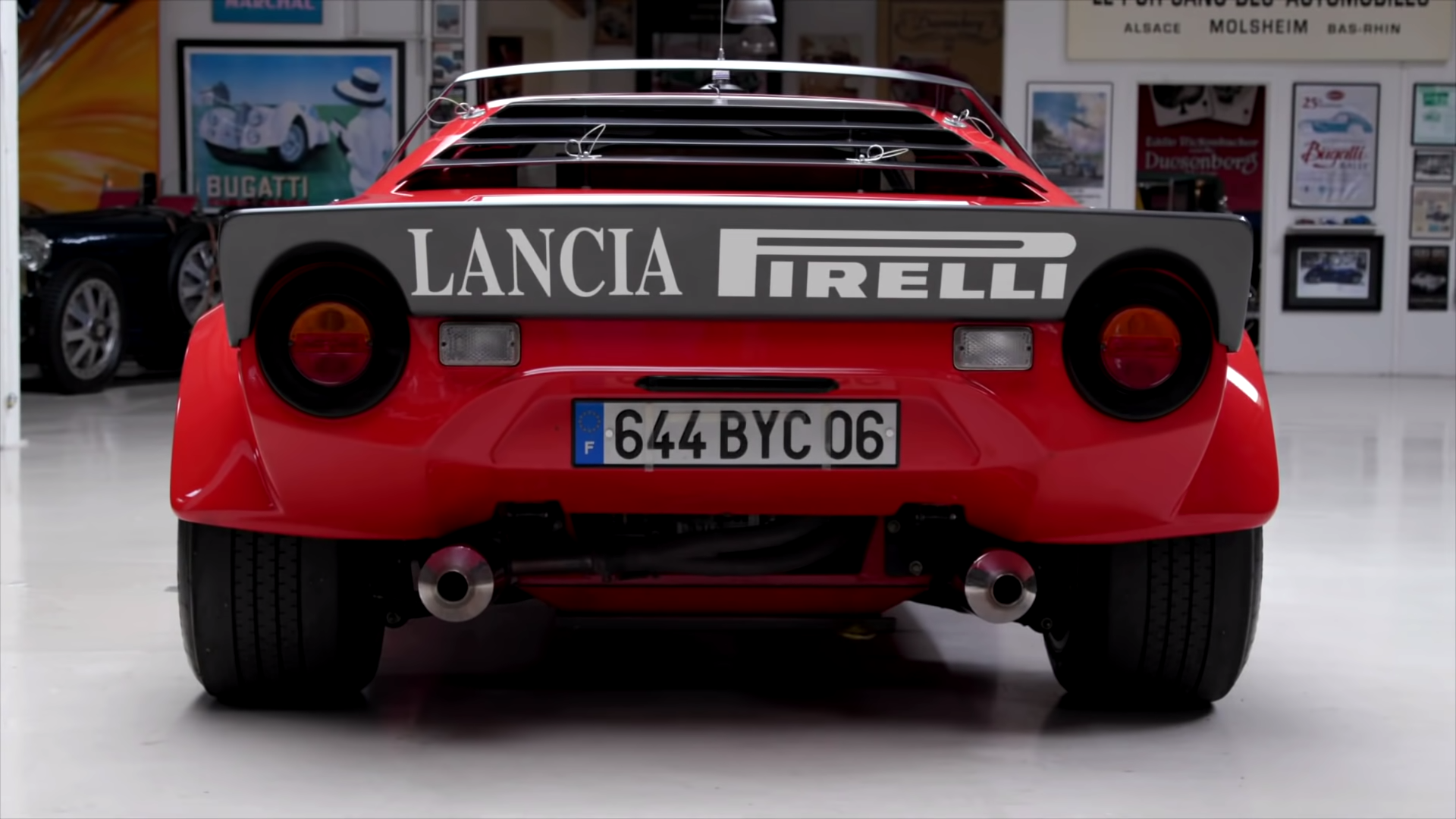 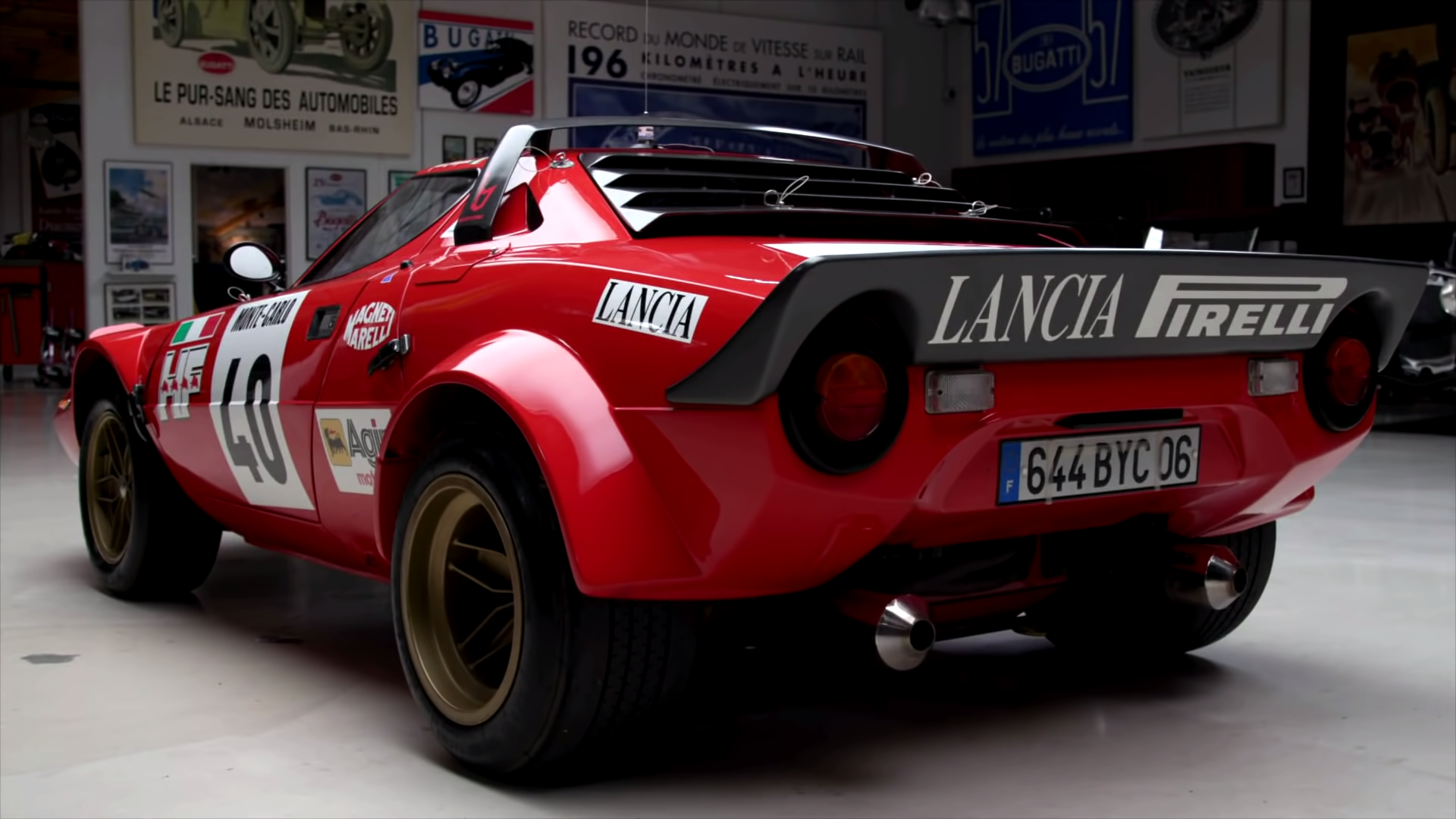 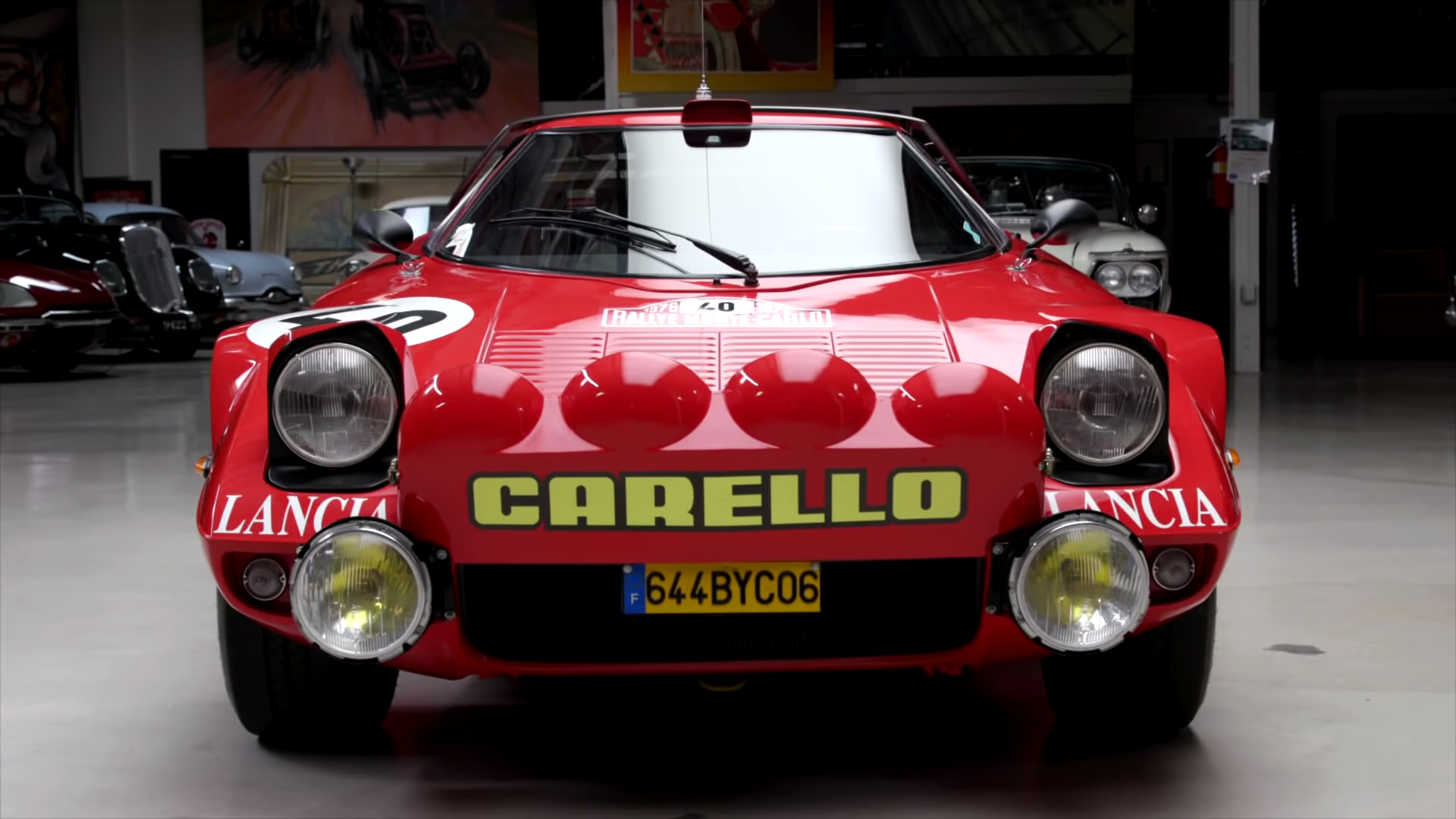 Quicker and better handling than a Miura, considerably smaller than a Countach, and more exciting to drive than a Ferrari F40 according to Jay Leno himself, the Lancia Stratos is a testament to Italian engineering, pioneering design, and the superiority of a balanced short-wheelbase mid-engine chassis.

The perfect performance car for two in the ’70s, and perhaps for all eternity. Good luck finding the one, Mr. Leno!