Inside the Aichi Prefectural Police Headquarters in Nagoya, Japan lives the prefecture’s traffic investigation division. Its walls are lined with metal shelves, and on them are binders carefully organized by number—pretty mundane, right? Actually, these otherwise normal folders are considered part of the traffic division’s greatest assets, because nestled inside is a vast collection of automobile brochures spanning four decades.

As The Asahi Shimbun tells, 28-year-old forensic traffic investigator Misaki Hamaguchi was never really interested in cars. But three years ago, when she was assigned to the traffic investigation division in one of Japan’s prolific automotive prefectures, that all changed. Her job took focus on specific makes and models that traversed the busy roadways she was now tasked with protecting, and one of the most important tools in her arsenal became the department’s compilation. 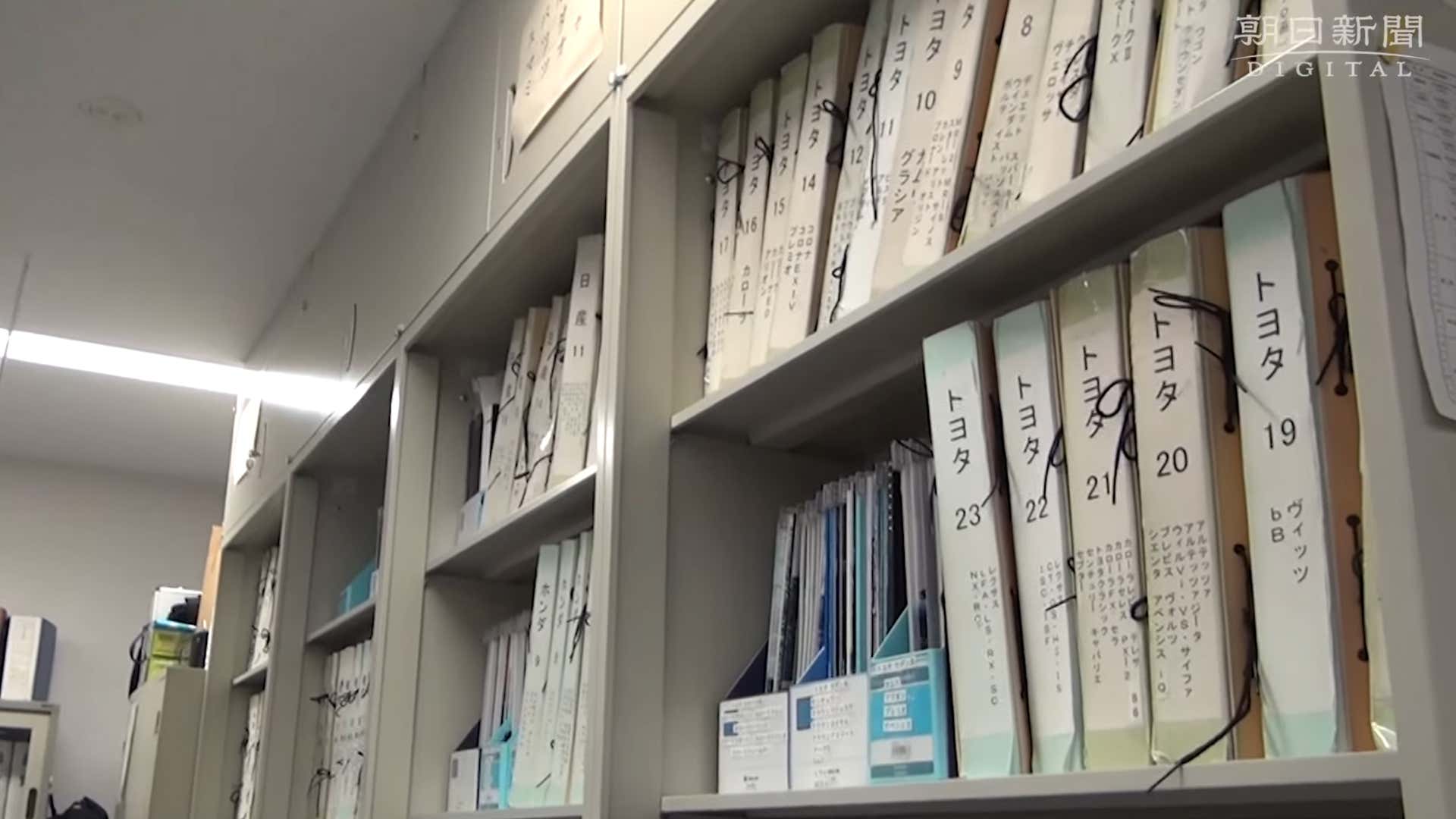 The brochures are sourced from manufacturers and dealerships, and they chronicle more than 17,000 vehicles on the road in Japan. Many pamphlets are of domestically produced vehicles, a key need since global giant Toyota calls the Aichi prefecture home. Others are specific to imports, and some even depict limited editions of luxury automobiles like a rare one-of-one BMW 7-Series.

Some examples that Hamaguchi shows off include the Mazda Eunos Roadster, Nissan Figaro, Suzuki Jimny, and Volkswagen Scirocco. The hometown hero, Toyota, also has a significant presence with its Aqua and Yaris, plus classics like the Toyota Origin, TownAce, and Celica XX.

Other vehicles aren’t detailed in full brochures, but rather compilations of photos and important features. The Porsche 928, for example, is detailed by a cut-out photo of the car (folded to fit in the book), coupled with a spec sheet and paint swatches. The Celica XX is similar to this, plus its unique model-specific badges and photos of other trims also make an appearance.

Hamaguchi stresses that it’s important to know that special editions of vehicles exist. Documenting even slight variation in paint color, body molding, badging, and more is crucial—especially when it comes to properly identifying a specific limited-run trim.

Hamaguchi gives one particular example of the index’s usefulness in a recent case. One station recently reached out to request a catalog to identify a vehicle involved in a starlight hit-and-run. Investigators originally believed the car was a Toyota Aqua; however, upon closer inspection, they were able to determine that it was a Yaris instead, and by using the correct vehicle model, the police were able to identify the owner.

While there is no digital version of this catalog for the public to view, it’s undoubtedly a useful resource for police—not to mention an extremely cool and nostalgic point of reference for car lovers in the department. The Aichi police say they constantly stay on top of new vehicle models and when they’re made aware of a new car coming to market, they instantly contact a dealer to obtain a new brochure to add to their collection.

The entire collection is locked behind police doors, but several photos of the collection taken during Hamaguchi’s interview can be seen on The Asahi Shimbun’s website.