It may or may not have been intentional to task me, the tallest person in The Drive‘s virtual office, with testing the new 2021 Polaris Slingshot. On one hand, it does have unlimited headroom; on the other, I only just discovered that the engine’s redline is pegged at 8,000 rpm because the dash cut my view of the gauge off at about 6,000 rpm. Regardless, I’m 6’5″ and having a pretty good time so far with the shouty, orange-and-blue three-wheeler. So, what do you want to know about it?

Of everything that’s new and supposedly improved for the 2021 Slingshot, the biggest difference is the five-speed Autodrive transmission with flappy paddles. Previous models were exclusively equipped with stick shifts, making them harder to drive for…most people. Polaris has introduced an automatic option as a result and hopes to sell these things by the zillions. Are there that many people wanting a three-wheeler in the first place? I’m not sure. Let’s talk about it anyway. 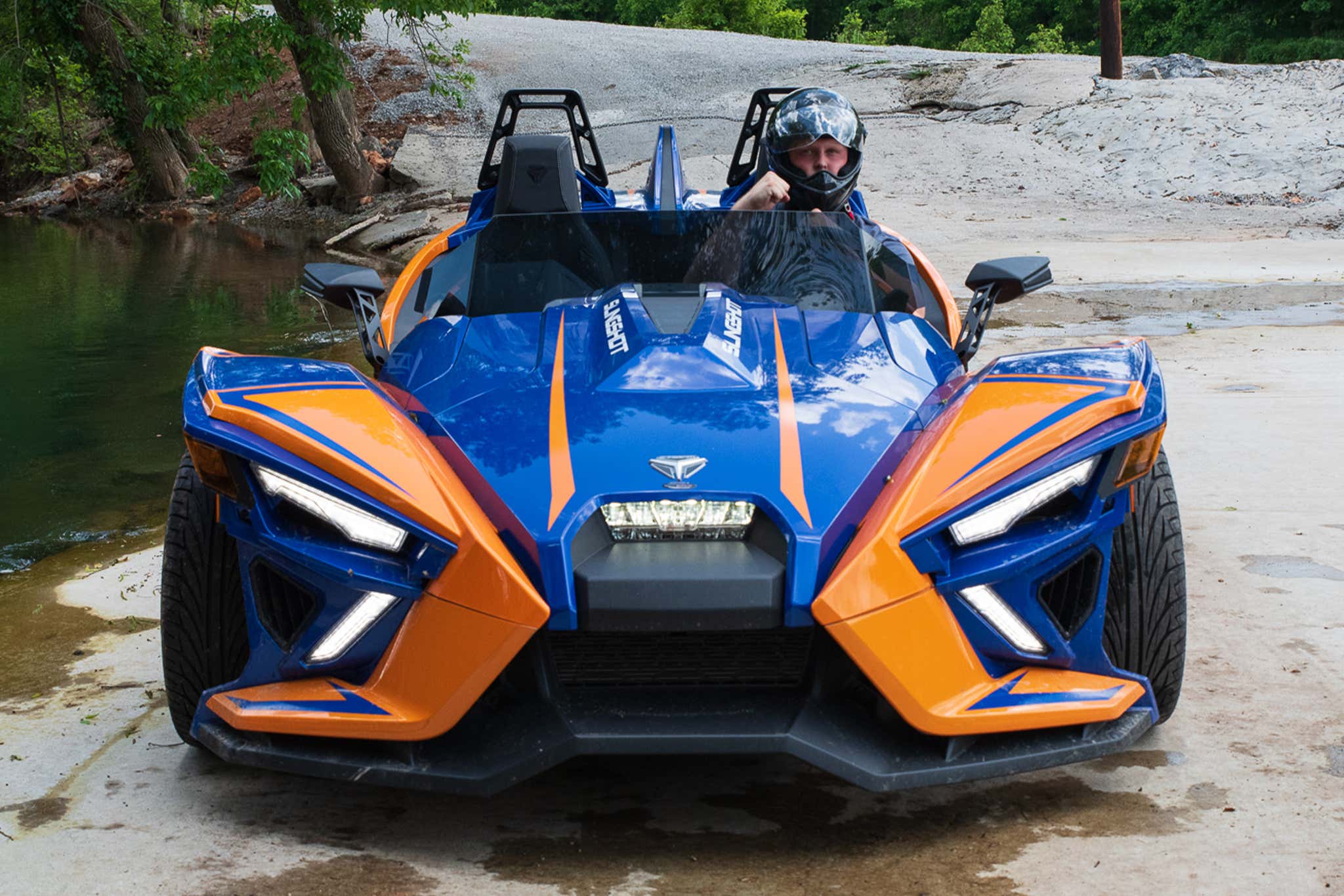 My tester is a Slingshot R in Sunrise Orange with contrasting blue paint. A 2.0-liter Polaris four-cylinder sends 203 horsepower to the rear wheel only via a belt system that’s a little strange to see. That might sound like a lot for something that weighs a little under 1,700 pounds; in some cases, it is. I assume that’s the point for people who’d rather have open-air fun without worrying about rider balance or, alternatively, four wheels like everyone else.

There’s a surprising amount of tech baked into this trim, too. Since it’s a high-end R model, it comes standard with the Stage 2 Audio pack which includes Rockford Fosgate speakers and automatic volume control. It also has Apple Car Play and a backup camera, kinda like your friend’s new Accord, for a starting price just under $34,000 including destination.

I’ll have a review ready for this thing in the next few weeks, and I’ll include a Q&A section with A’s to your best Q’s. Ask them here in the comments; I’ll stick around until 3 p.m. ET or so to chat as well.

For any other needs, ping me directly: [email protected] Talk soon!