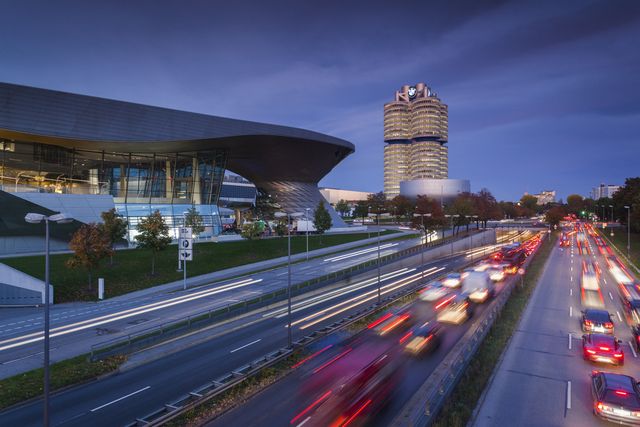 It was never officially called the Frankfurt Auto Show, that’s just what everyone started calling it because it was held in Frankfurt these last several decades, but the Internationale Automobil-Austelling (try saying that three times real fast after a couple hefeweizens) has been held all over Germany for well over 100 years. It started in 1897 in Berlin with eight cars. From there it went to Hannover briefly before settling into its longtime home at the Frankfurt Messe (meeting place, or trade fair) in 1951. From there, it boomed. At its peak, a million visitors crammed into the Messe’s 12 huge halls. Manufacturers spent millions of dollars on show stands and presentations. Significant new models debuted, their development having been timed for a Frankfurt reveal. The world convened every two years on Frankfurt.

Then attendance waned, cars started getting a bad rap, there were even protests, and the show evolved. The contract for the Frankfurt Messe also expired, and the VDA (the Germand Association for the Automotive Industry), which had organized the show, started looking around. Which leads us to this year. As carmakers find more efficient ways to spend their marketing dollars, the IAA has been more or less transformed into a sort of green car symposium centered in Munich, home of BMW. As such, BMW is the largest exhibitor.

Now the event is called IAA Mobility. “The industry wants to talk about ways to achieve climate neutrality and networking of different modes of transportation,” according to German media outlet np-coburg.de.

After a press-only day Monday, Tuesday the show opens to the public, with no less a firebrand than Chancellor Angela Merkel officially opening things. Then, in addition to exhibits and demos from more than 700 participating companies in venues around the city, attendees themselves, normal Germans, will be able to drive 250 different vehicles on roads and motorways in and around Munich. Show attendees will be able to drive electric cars and hydrogen vehicles, and they can get rides in self-driving automobiles.

Protesters are expected, with many claiming the whole thing is just a coverup, or, as they like to say, a greenwash. Two years ago at the Frankfurt show a group calling itself Sand am Getriebe—Sand in the Gears—blocked the entrance to that show. Similar groups have protested at the LA auto show in the past, using the same rhetoric. There is supposed to be an organized protest this year, including a bike rally in the city, on September 11.

“An open, controversial and above all peaceful debate is a central component of the IAA,” said trade fair boss Klaus Dittrich.

But in case things get out of hand, Bavarian Interior Minister Joachim Herrmann has already announced that there will be up to 4500 police officers in Munich throughout the show, according to the local newspaper Suddeutsche Zeitung.

And the Frankfurt Messe? It just announced that it will host the bicycle convention Eurobike starting in 2022.

Share your thoughts on the evolution of the auto show and its prospects for the future in the comments section below.