If you’re contemplating on buying a new pickup, the Ford F-150 is undoubtedly something that crossed your mind. It’s one of Ford’s most important vehicles and alone is more profitable than Nike and McDonald’s. Soon, the product line will expand even more, offering the all-electric F-150 Lightning alongside a sea of Detroit-built steel sitting on dealer lots—and you have Linda Zhang to thank for that.

Zhang is the chief engineer behind the all-electric F-150 Lightning. Her 25-year career at Ford and background as an electrical engineer has allowed her to work on countless products you encounter on a daily basis. This includes the Explorer and Escape, as well as the various powertrains nested under the hoods of various Ford products. But her ties to the brand run deeper than what you can see: The Blue Oval has been a part of her family long before she walked through the corporate doors for the first time. 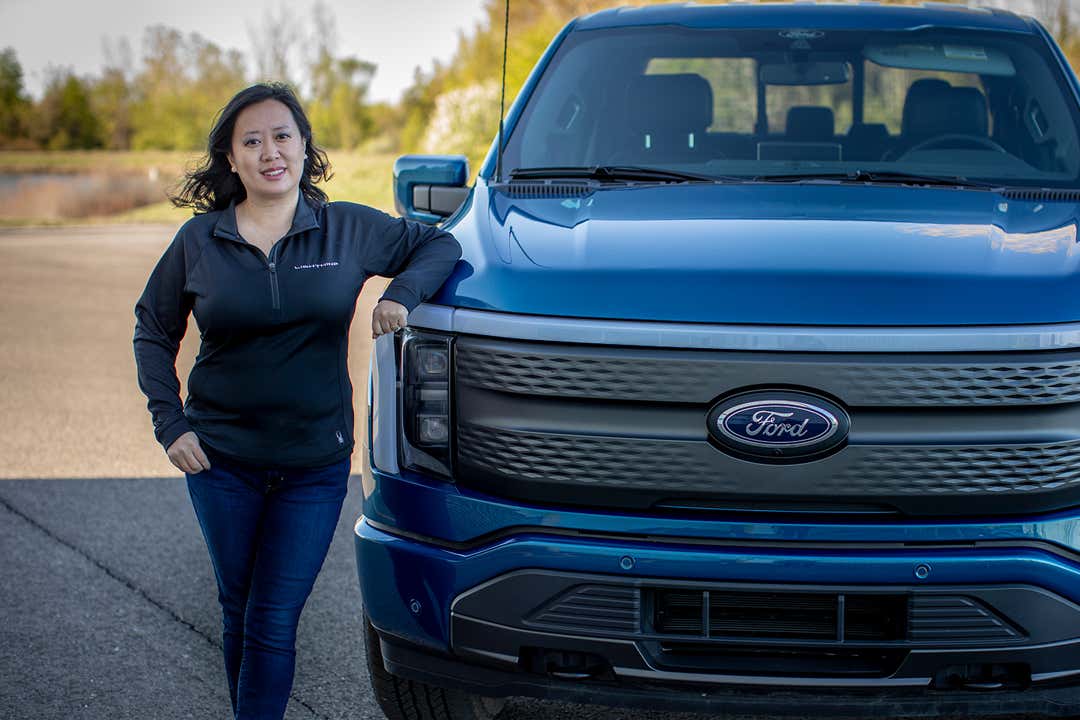 When she was just eight years old, Zhang stepped off a flight at Chicago’s O’Hare airport. She spoke Mandarin and her knowledge of the English language was limited to the few letters she learned on the plane ride—her first plane ride, ever—from China. Zhang was an immigrant with her father, who would be teaching in a graduate assistantship at Purdue University in West Lafayette, Indiana.

[May is Asian American and Pacific Islander Heritage Month. Here at The Drive, we’re celebrating it by lifting up and highlighting AAPI voices in the automotive space. Our hope is that in driving visibility, we can help make the car community an even more welcoming space—to convince those who perhaps have not always felt like they belonged that they absolutely do belong here. Diversity in perspectives and backgrounds only strengthens the group as a whole. It is why representation matters.]

Outside of the terminal, her father had borrowed a car to drive the three hours from O’Hare to Indiana. The back door opened and Zhang plopped herself down into the seat of an automobile for the very first time.

“That was the first time I was ever in a car and it was just beautiful,” Zhang says during an interview with The Drive. “I remember it was dark outside but there were lots of lights from the streets. Everything looked so new and so fascinating. And just to be in a car—it wasn’t even our car, it was a car my dad borrowed to come get us—it was just awesome. I felt like I was riding in a carriage, like the princess story almost.”

She quickly became fluent in English, bolstered by popular TV shows like Reading Rainbow and Sesame Street, according to the Detroit Free Press. Soon, Zhang became indoctrinated in American culture. She learned about Coca-Cola and chocolate milk, as well as how the culture iconized automobiles. Specifically, she remembered being drawn to the Batmobile and the Mystery Machine from Scooby-Doo.

Later, Zhang’s father began working for Ford. It was the first company he was with after Perdue and would become important to Zhang’s appreciation of the Blue Oval later in life. He worked in the glass division before moving onto projects that involved researching powertrains and transmissions. Zhang always found his work interesting, and while attending the University of Michigan, she took part in the Solar Car and Baja racing teams—both of which were heavily supported by OEMs.

“There is a lot of passion around vehicles, around racing, and around moving,” she says. “Cars are just fun.”

When Zhang graduated with a bachelor’s in electrical engineering in 1996, she quickly became a second-generation Ford employee. 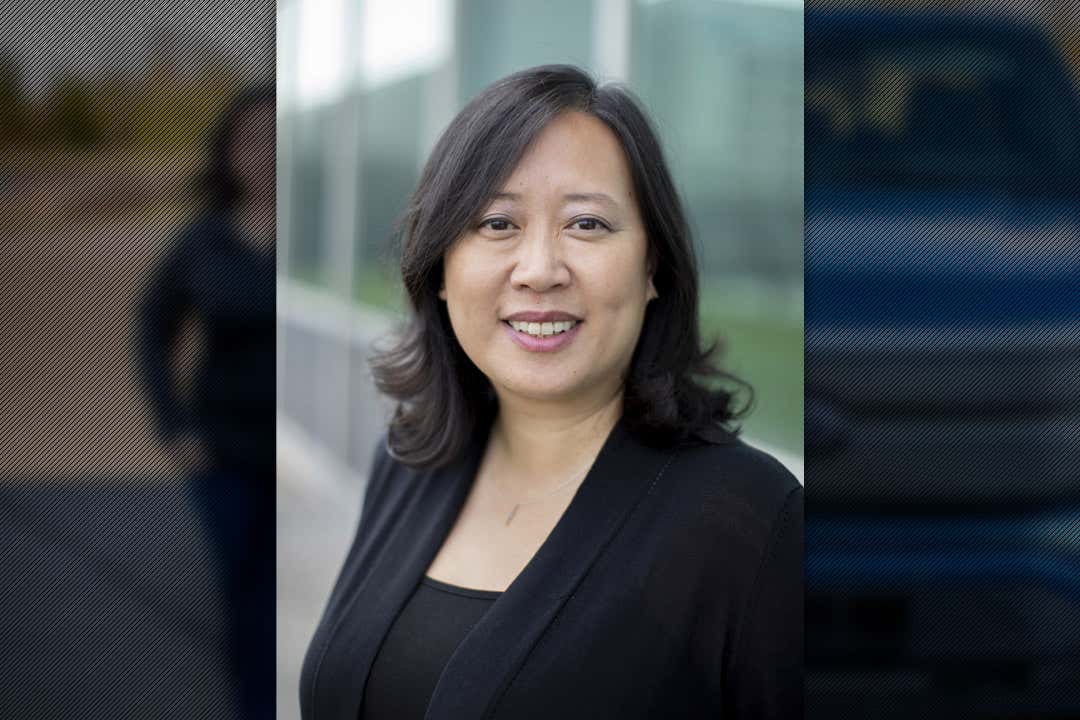 “I came straight to Ford out of [the University of Michigan] and just stayed here,” Zhang says. “The company has even given me extra schooling since then. It gave me the opportunity to take evening classes. I got my master’s as well as my MBA to try to get myself broadened even more with the business and computer side of things.”

During her time at Ford, Zhang has worked on various product lines. She had a hand in both the design and manufacturing elements of the Ford Explorer and Escape/Kuga and had a chance to work with Ford powertrains as well. But her real passion has always been electrification.

In the mid-2000s (shortly after the discontinuation of the Ford Ranger EV, which competed against the Chevrolet S-10), Zhang became involved in strategizing and envisioning what it would take for Ford to introduce products that relied on electrification. This meant looking at manufacturing, technology, and even potential partnerships, plus determining what the world would look like infrastructure-wise.

So when she was offered the chance to to lead the F-150 Lightning nameplate as her first, true electrification project within Ford, Zhang graciously accepted. 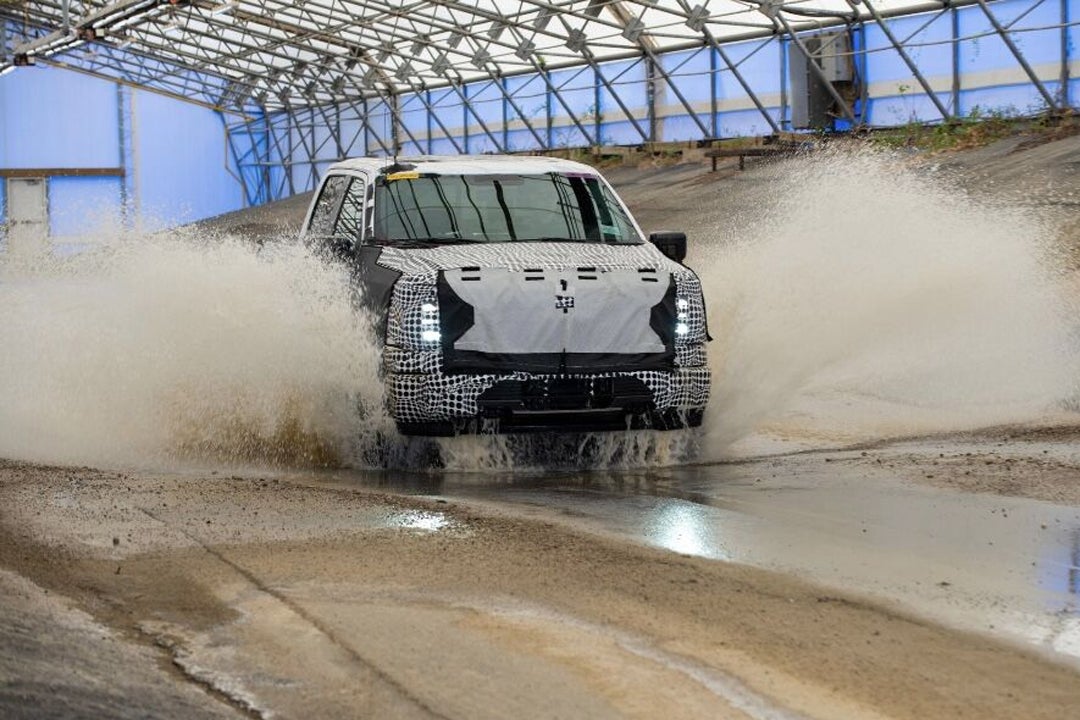 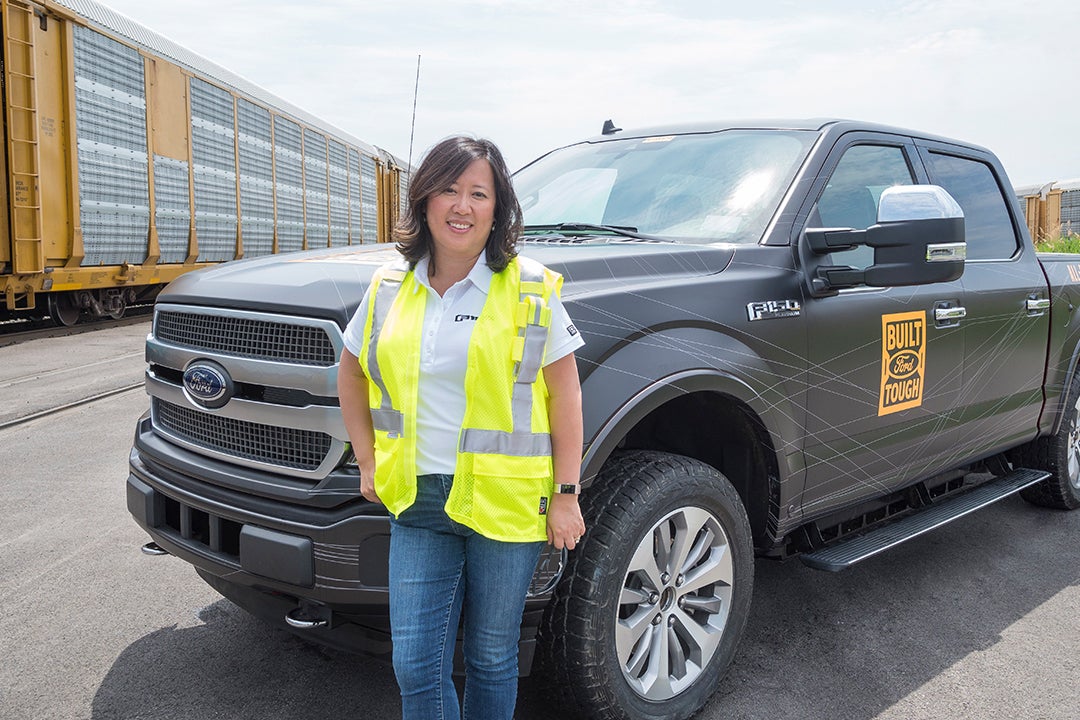 In a way, the F-150 Lightning project is almost like wrapping up the experiment Henry Ford and Thomas Edison collaborated on over a century ago. Zhang says she feels honored to have been chosen for this project and stresses the move to electrification is really aimed at improving the product in a utilitarian way, almost like adding more blades to a Swiss Army knife.

“We basically said, ‘What could we do more with electrification where it could enhance our customers’ lives?'” Zhang explains. “And wherever we had that opportunity, we took it and went after finding the solution for it. It gives our customers more tools at the end of the day. Whether it’s [Intelligent Backup Power], the enhanced dome lighting, or the onboard scale, [there’s] just so much tech jammed into the vehicle, trying to provide better functionality for our customers.”

An added benefit was proving the power of electrification to the world.

“There were a lot of skeptical folks out there at the beginning of this, because generally, a lot of people don’t think electric is powerful,” Zhang goes on. “And [they think] it’s not capable because of how it kind of started with other products that were more green for the sake of being green than to be a better tool. We’ve had to overcome that. Some of it was going back to that train tow demonstration from 2019 and showing that electric can be tough, that electric can tow, that electric can do things. I think that helped a lot in terms of skepticism about whether the truck could actually do work.”

She is talking about an F-150, after all. There’s no secret as to why it’s been the best-selling pickup in the U.S. since 1981. “This product goes through the same F-Series testing that we put all of our F-Series trucks through,” Zhang says. “Being able to stand up to that [testing] really helps squash some of that skepticism and has gotten us to this point of being able to both go out with a product that lives up to the truck DNA and also provide elevated functionality brought about by electrification.”

When it comes to the “Lightning” nameplate, forget the naysayers that criticize the use of Ford’s performance branding. Zhang feels the truck has earned it.

“Lightning just makes a lot of sense. It’s fast, and not only that, it’s electric, so I feel like Lightning was a perfect [name] for this product,” she says. “From those two aspects, we’re building on that rich heritage of Lightning being a performance vehicle and this truck has awesome performance.”

And it does. With 563 horsepower and 775 pound-feet of torque, the 2022 F-150 Lightning is properly quick and can sprint from zero to 60 mpg in the mid-four seconds—just ask U.S. President Joe Biden’s butt dyno.

By the way, Zhang owns a controversially named Mustang Mach-E herself and loves everything about it—including the use of the Mustang marque. She plans to add an F-150 Lightning to her driveway soon.

It’s rare to see a woman of color in a role heading up an engineering team like Zhang is. When asked what it would take to get more women of color into roles like hers, she emphasized the importance of getting people interested in (STEM) academics early on.

“I think it’s just ensuring that we get folks starting in STEM so there are people to draw from,” Zhang says. “Getting more girls at a younger age interested in sciences is going to obviously help with all of this, but I think a lot of it is just the focus on [STEM] and ensuring that you have equal treatment. And treating people fairly for what they’re able to contribute, not looking at the color of their skin or their gender or anything like that.” 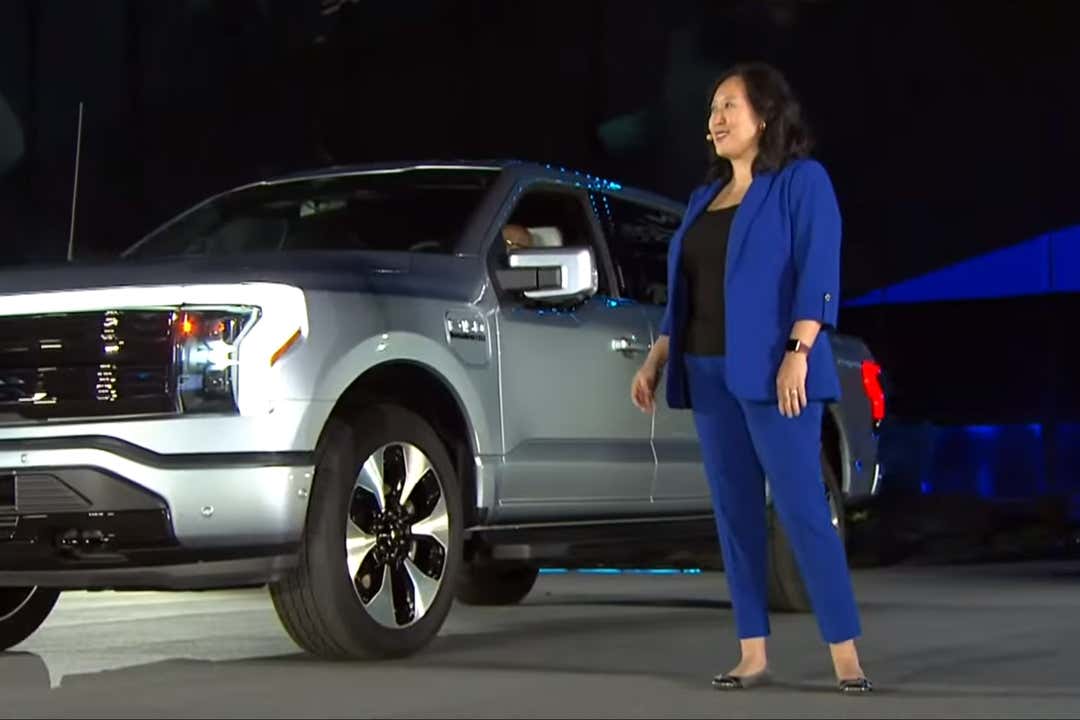 As for her time at Ford, 25 years is just the start. Zhang plans to continue her time in Dearborn by exploring new projects and finding cool new ways to stuff technology into vehicles driven by millions of people all over the globe. But most importantly, she gets to work with something she enjoys every single day.

“Cars are just ingrained in us and that’s what’s so cool about them,” she says. “It’s like a dream job in a way because you get to work on something that moves and goes, and, not only that, but you can take it home and drive it! How fun is that?”