Driving and music go together for me, and having the ability to change the channel, set and scroll through favorites, and adjust the volume quickly are features I look for in every vehicle I test. Audiophiles, take note: Mercedes-Benz thought of just about everything as it relates to its audio system in the E 450.

The massage feature is nice, the twin-turbo 362-hp V6 and 4matic all-wheel drive bring impeccable road manners, and the pillarless design of the E 450 coupe is sleek. But it’s the high-end Burmester surround-sound system and complementing breadth of controls that seal its attraction. I know I’m more critical than the average enthusiast when it comes to audio systems, and I think I’ve finally found the one that has everything I want: excellent sound, the ability to scroll from station to station with one easy motion, and steering-wheel-mounted controls that make sense. 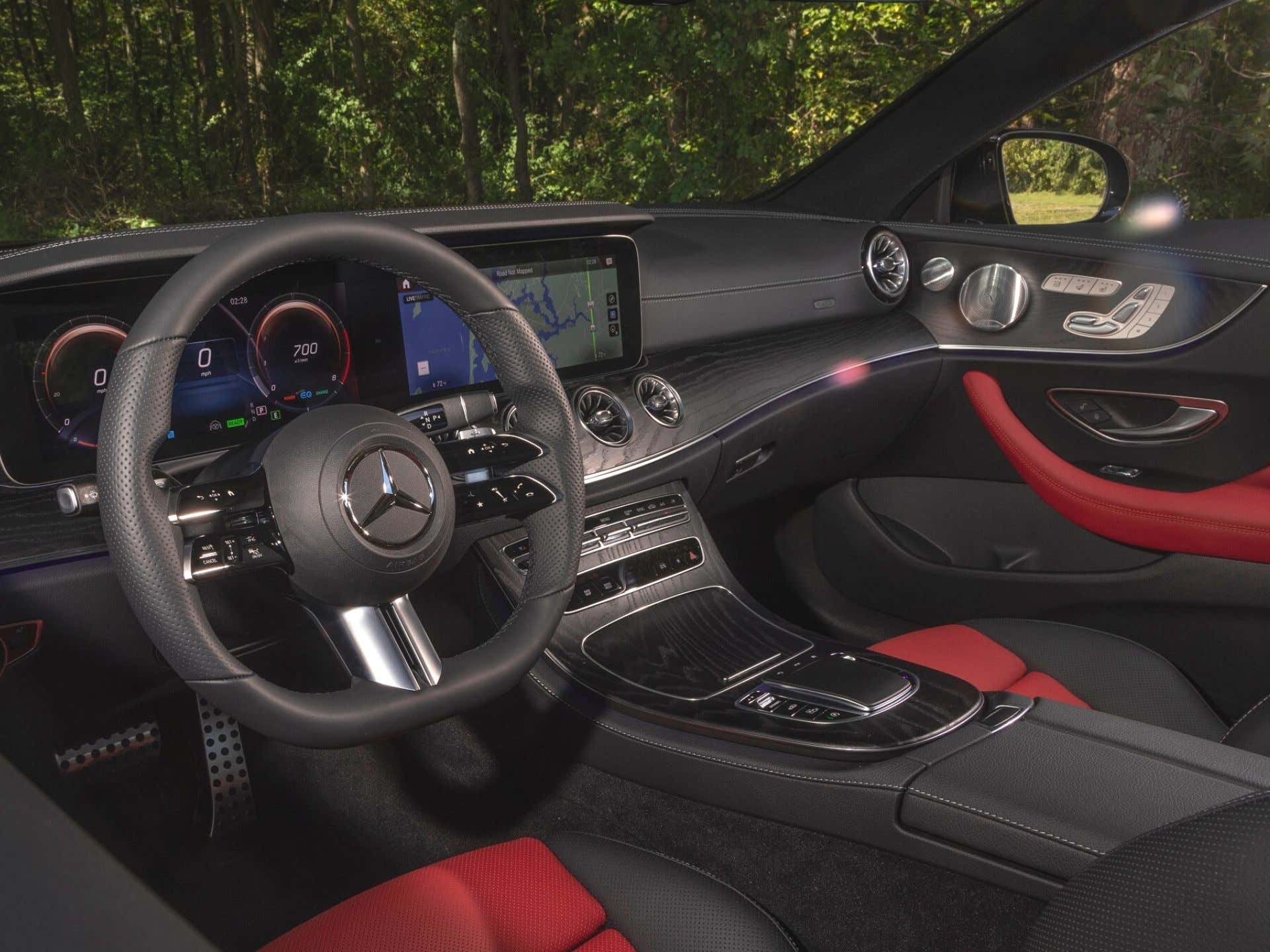 I’m a big fan of Harmon Kardon audio, especially the Mark Levinson brand used by Lexus. The touchpad in a Lexus is not quite as user-friendly as I’d like, but did you see that the brand’s 2021 IS Wax Edition concept has a record player in it? It’s stabilized to avoid skipping for full-on vinyl-playing bliss. Stellantis vehicles have smart toggle switches behind their steering wheels that are also very good, but the audio doesn’t always sound as crisp, especially in Jeep models. (Most people don’t buy a Jeep for the sound system; I get it.) GM cars have similar functionality except for Cadillac, which missed out.

The German brand has been working with Burmester since 2013, equipping its high-end models with its audio features. Paired with the MBUX infotainment system, you control your music with a combination of a touchpad on the center console, a 12.3-inch touchscreen, or say “Hey, Mercedes” out loud and it will do your bidding as if there is a little blue Genie inside. I found that any time I said “Mercedes” with or without the “Hey” the Genie perked up. Also useful are two sections that act like miniature touchpads on the steering wheel for both channel-changing and volume. If I were to lob one criticism, it’s that adding a favorite to your list requires a two-step process when it could easily be one.

The E 450 coupe starts at $67,450; the one I drove for a week is $85,949 as tested, including all the audio goodies, AMG body styling, brushed aluminum sport pedals, and sport wheels for $2,500. All other things equal, would a good audio system push you toward one over another? It would for me.

2022 Subaru Outback Wilderness Gets Price That Isn’t Out There

The 2022 Subaru Outback Wildnerness promises to go where only the courageous dare to explore. Aimed at outdoor enthusiasts wanting more out of their wagon, the Outback Wilderness, a trim…